Arpaio, 85, made good on hints he had been dropping for the last few months that he wanted to replace outgoing Sen. Jeff Flake, announcing his run with a single message on social media.

The presidentially pardoned ex-sheriff said in a tweet that his single goal is to support the agenda and policies of President Trump.

“I am running for the U.S. Senate from the Great State of Arizona, for one unwavering reason: to support the agenda and policies of President Donald Trump in his mission to Make America Great Again,” Arpaio wrote.

His tweet followed local news reports that McSally, who represents Southern Arizona’s Congressional District 2, will launch her campaign later this week. In a letter to donors, McSally said she would “be making a major public announcement regarding my political future” on Friday, listing three political rallies — but only one in CD2.

One rally would be held in Prescott and another in Phoenix in addition to Tucson, according to the fundraising email. A spokeswoman for her campaign declined to discuss the announcement.

Arpaio told the Arizona Daily Star he was uniquely suited to serve in the Senate, listing accomplishments of his 50-year career — including the 24 years he served as sheriff in Maricopa County

He dismissed critics that argue his announcement was a publicity stunt, saying he gets plenty of press without having to run for office.

Arpaio said the Senate run is different than previous runs he made for governor. In the past, he said, he was persuaded to stay on as sheriff rather than resign to run for governor. He said he would have won those races if he had actually run for the state’s top job.

Arpaio was pardoned by Trump last summer after he was convicted of ignoring a court order related to racial profiling as sheriff.

“Throughout his time as sheriff, Arpaio continued his life’s work of protecting the public from the scourges of crime and illegal immigration,” the White House said in a statement at the time of Arpaio’s pardon.

Arpaio and McSally make for a crowded GOP primary field of candidates vying to replace Flake.

Kelli Ward, a well-known conservative candidate best known for challenging Sen. John McCain, had been running to replace Flake for nearly a year — and was acknowledged by Trump in a tweet several months ago.

Ed Rollins, campaign chair for Ward, welcomed Arpaio to the race, but had choice words for McSally.

“If Martha McSally jumps into the race, she will be just another version of Jeff Flake. She’s weak on immigration, supports amnesty, and opposes the border wall. She refused to support Donald Trump as a candidate, and she has been critical of him as president as well as his White House team,” he said in a statement.

The Arizona Democratic Party latched onto Arpaio’s entry into the race, arguing it was the first shot in a what will be a brutal civil war in terms of the Republican primary.

“Joe Arpaio brings a violent and radical history against Hispanic Arizonans to a race that has been and will be a long, bruising and very expensive primary for the Arizona Republican Party,” said Herschel Fink, party executive director.

Torunn Sinclair, the communications director for the Arizona Republican Party, said the Democrats have lost sight of what usually happens after statewide Republican primaries in Arizona — the Republican nominee defeats the Democratic nominee in the general election.

McSally told reporters that she didn't want to talk about her political future at an official event.

Appears to be setting sights on seat being vacated by Sen. Jeff Flake.

Joe Arpaio is running for U.S. Senate. He wants to be the Republican to replace retiring Republican Sen. Jeff Flake.

Joe Arpaio points to political traits he shares with Trump

People have been comparing the political styles of President Donald Trump and former Arizona Sheriff Joe Arpaio since the allies starting appearing together at campaign events.

Says she'll work with President Trump to secure border and save Arizona jobs.

No primary challenger will allow him to focus on general election.

AZ lawmaker: Voters should only choose among legislators' nominees for Senate

Arpaio, in SaddleBrooke, says he'll back Trump 'until the end'

The Senate candidate addressed about 200 people about his public career and close relationship with the president. 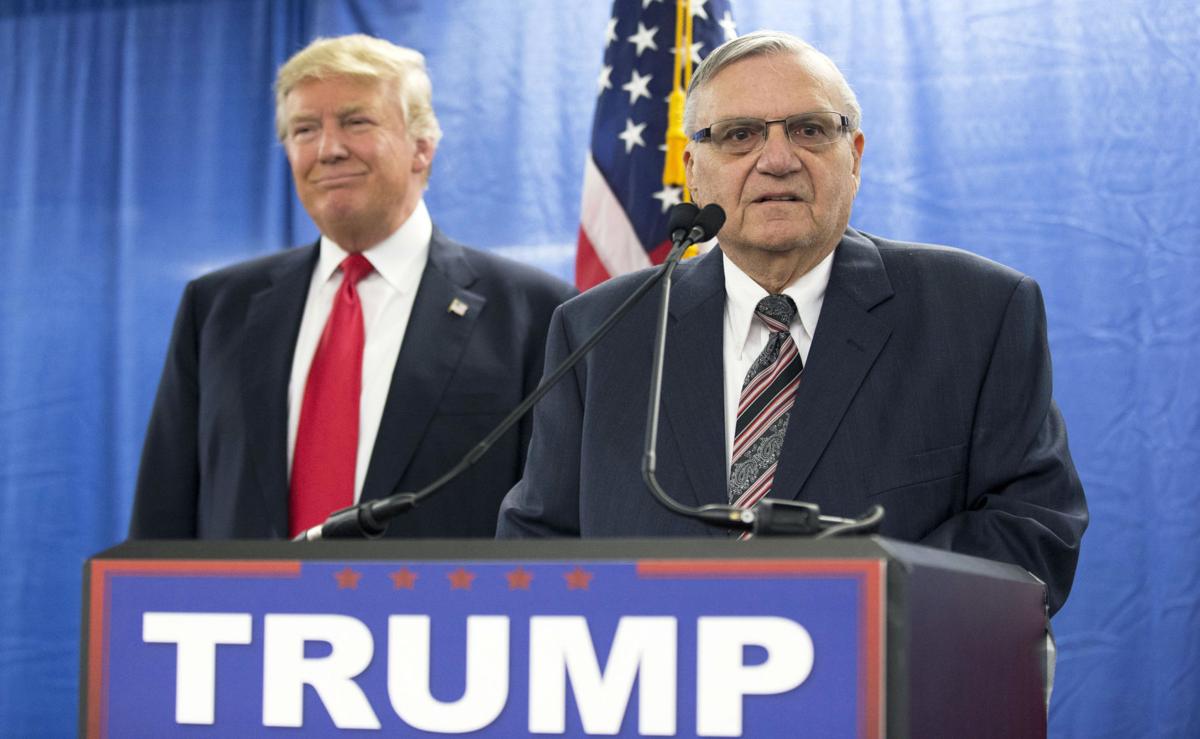 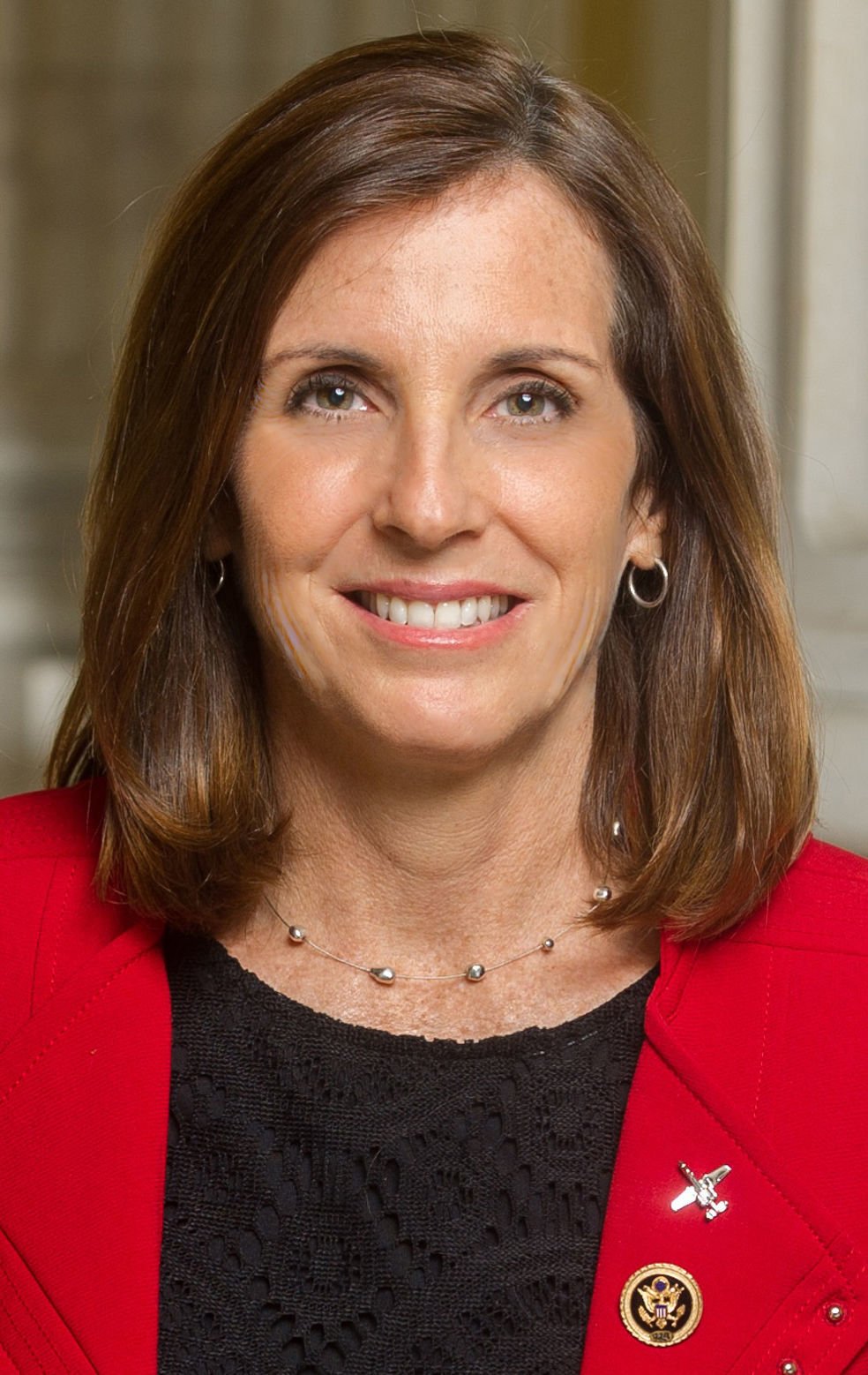