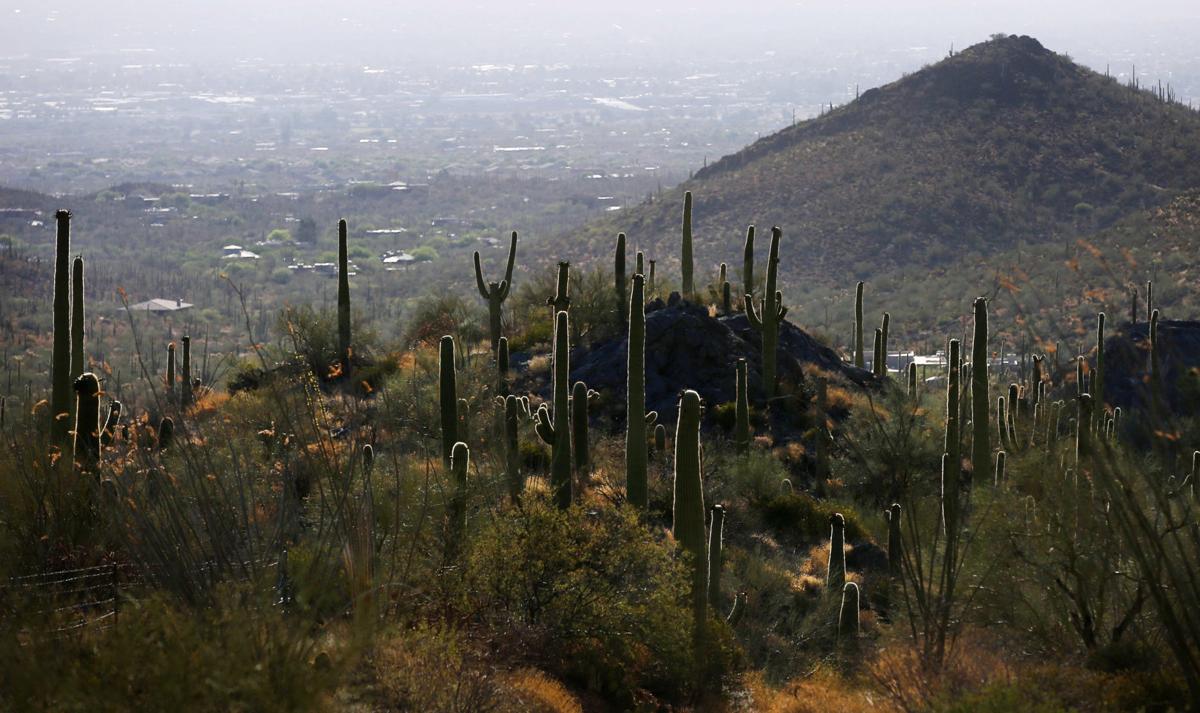 The National Park Service and the Trust for Public Land acquired 83 acres in the foothills of the Tucson Mountains that will connect Saguaro National Park to Pima County’s Sweetwater Preserve. The mostly undisturbed patch of desert includes a key wildlife corridor. 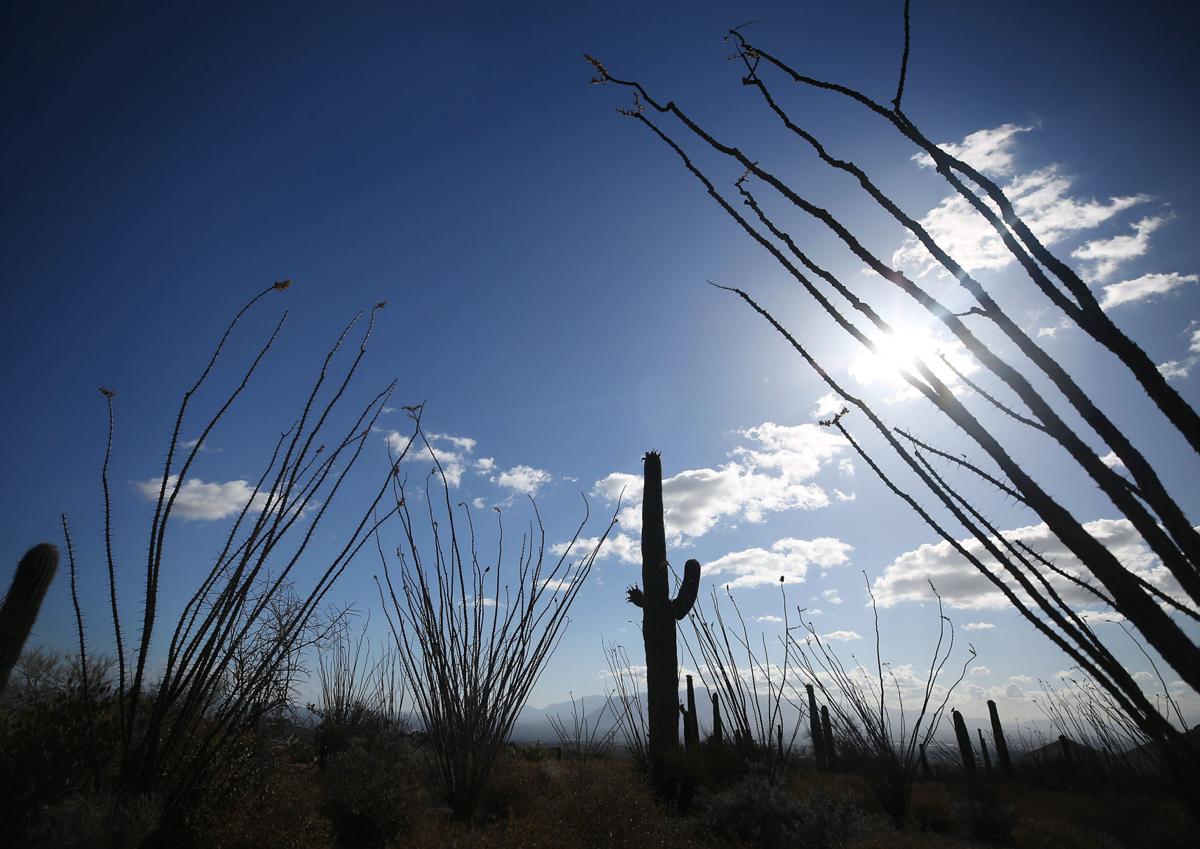 The land acquisition marks the fifth time overall — and the third time in the past four years — that the Trust for Public Land has partnered with the park service to expand Saguaro National Park. 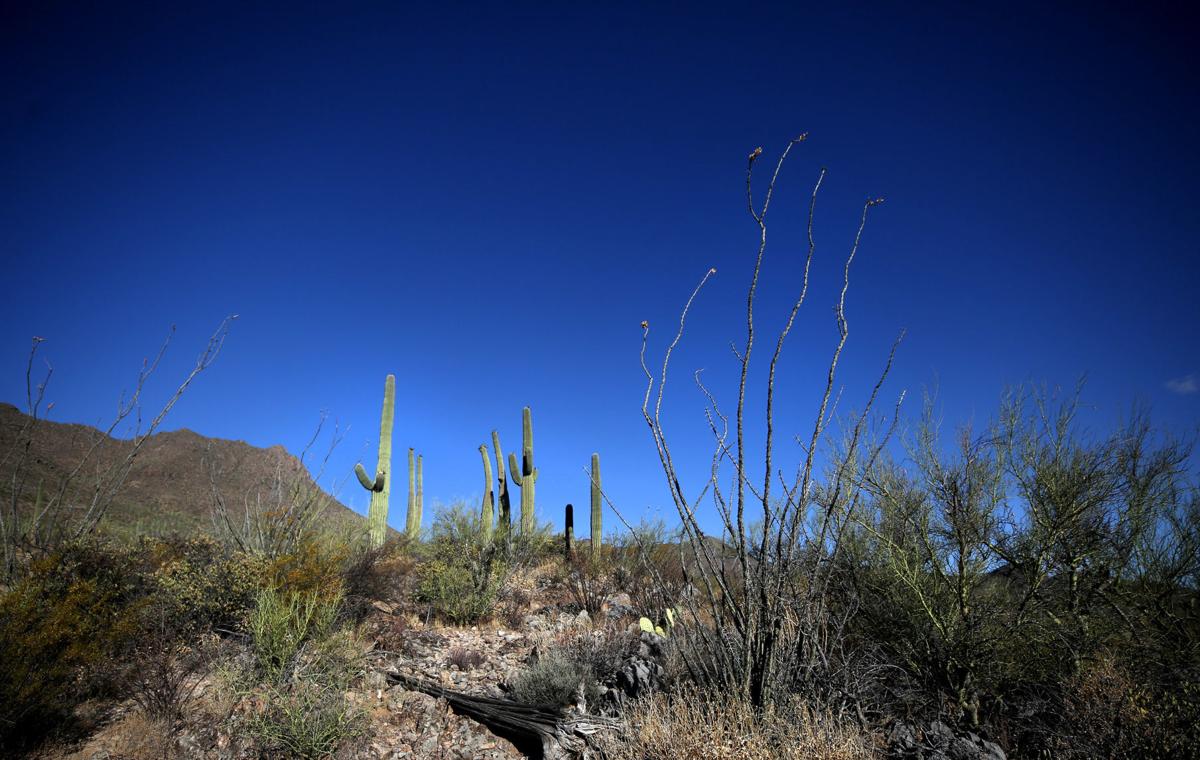 The National Park Service and the Trust for Public Land announced this week an acquisition of 83 acres in the foothills of the Tucson Mountains that will connect Saguaro National Park to Pima County’s Sweetwater Preserve. Photo taken June 30, 2020

Wild animals and outdoor enthusiasts could one day hike freely between Saguaro National Park and Pima County’s Sweetwater Preserve, thanks to a land acquisition announced this week.

The National Park Service and the national nonprofit Trust for Public Land teamed up to acquire just over 83 acres in the foothills of the Tucson Mountains to protect it from development.

The mostly undisturbed patch of desert includes an important wildlife corridor between the Santa Cruz River and the eastern flank of the Tucson Mountains.

“It’s pretty remarkable,” he said. “For a long time, people have talked about connecting the park with Sweetwater Preserve.”

The Trust for Public Land bought a 64-acre parcel on Sweetwater Drive in February for $1.15 million, and then combined it with another 19.4 acres donated to the organization by adjacent landowners Martin Reimann and Oliver Schilke.

The park service paid the trust $1.25 million for the entire property, which was conveyed to the federal government last week.

Patrick said it was Reimann who alerted the park service and the trust when the 64-acre parcel near his land first came on the market back in January 2019. The worry then was that the land was about to be developed into at least 14 residential lots, Patrick said.

The 64-acre tract might be familiar to some free-spirited, longtime Tucsonans. Back in the late 1970s, a previous owner of the property set up more than a dozen hot tubs on concrete slabs and rented them out under the name Sweetwater Funtubs. After neighbors complained, county officials declared the unauthorized business a public nuisance, and it was ordered closed in 1981.

Patrick said the spas are long gone, and the slabs have since been removed as well.

The park service paid for the property with money from the Land and Water Conservation Fund, which uses federal royalties from offshore oil and natural gas production to fund preservation work.

That program was permanently reauthorized by Congress last year, and lawmakers are now working on legislation that would expand the fund for land protection, outdoor recreation projects and mounting deferred maintenance work at national parks.

Several residents who live along Sweetwater Drive also chipped in money for the effort, as did the National Park Foundation, the official charitable partner of the park service.

The land deal also drew bipartisan praise from U.S. Sens. Martha McSally and Kyrsten Sinema and Reps. Raúl Grijalva and Ann Kirkpatrick, who said the move would bring ecological and economic benefits to the Tucson area.

This marked the fifth time overall — and the third time in the past four years — that the trust has partnered with the park service to expand Saguaro National Park.

Until now, Patrick said, all of the trust’s work at Saguaro has been in the Rincon Mountain District on Tucson’s east side, including the acquisition of old ranch property that now has the Arizona Trail running through it.

The trust also played a central role in the county’s original acquisition of almost 700 acres for Sweetwater Preserve in 2004. The deal led to questions and some criticism of the nonprofit, which cleared nearly $450,000 after expenses for its role in brokering the $11.73 million transaction.

Patrick said the money was donated to the trust by the original landowner of the Sweetwater site, and $100,000 of it was passed on to the county as a grant for improvements at the preserve, which now features roughly 15 miles of interconnected trails popular among hikers, horseback riders, mountain bikers and trail runners. The trust spent the rest of the donation on its conservation work nationwide, he said.

“It’s a shame it became such a big story,” Patrick said. “Be assured (that) as a nonprofit we put the money to good use.”

It will be up to the park service to decide what to do with the new property, but Patrick said he would love to see a trail developed so people can hike back and forth between Saguaro and Sweetwater.

At the moment, though, the new owners aren’t encouraging visitors. The property and the road leading into it are marked with “private” and “no trespassing” signs.

On its maps of the recent acquisition, the trust optimistically refers to the 83 acres as “phase one.”

Patrick said they are now in talks with several other landowners in hopes of acquiring another 100 acres or so between the park and the preserve.

With 4,878 new cases, the statewide total is 84,092, said the state health department. There have been 280 known COVID-19 deaths in the Tucson area

The bill would authorize the secretary of the Interior to acquire 1,232 acres and add them to the park.

“It’s quite a rare sight,” but a few bighorn sheep have wandered through Saguaro National Park’s East and West districts recently, the park sa…

The National Park Service and the Trust for Public Land acquired 83 acres in the foothills of the Tucson Mountains that will connect Saguaro National Park to Pima County’s Sweetwater Preserve. The mostly undisturbed patch of desert includes a key wildlife corridor.

The land acquisition marks the fifth time overall — and the third time in the past four years — that the Trust for Public Land has partnered with the park service to expand Saguaro National Park.

The National Park Service and the Trust for Public Land announced this week an acquisition of 83 acres in the foothills of the Tucson Mountains that will connect Saguaro National Park to Pima County’s Sweetwater Preserve. Photo taken June 30, 2020