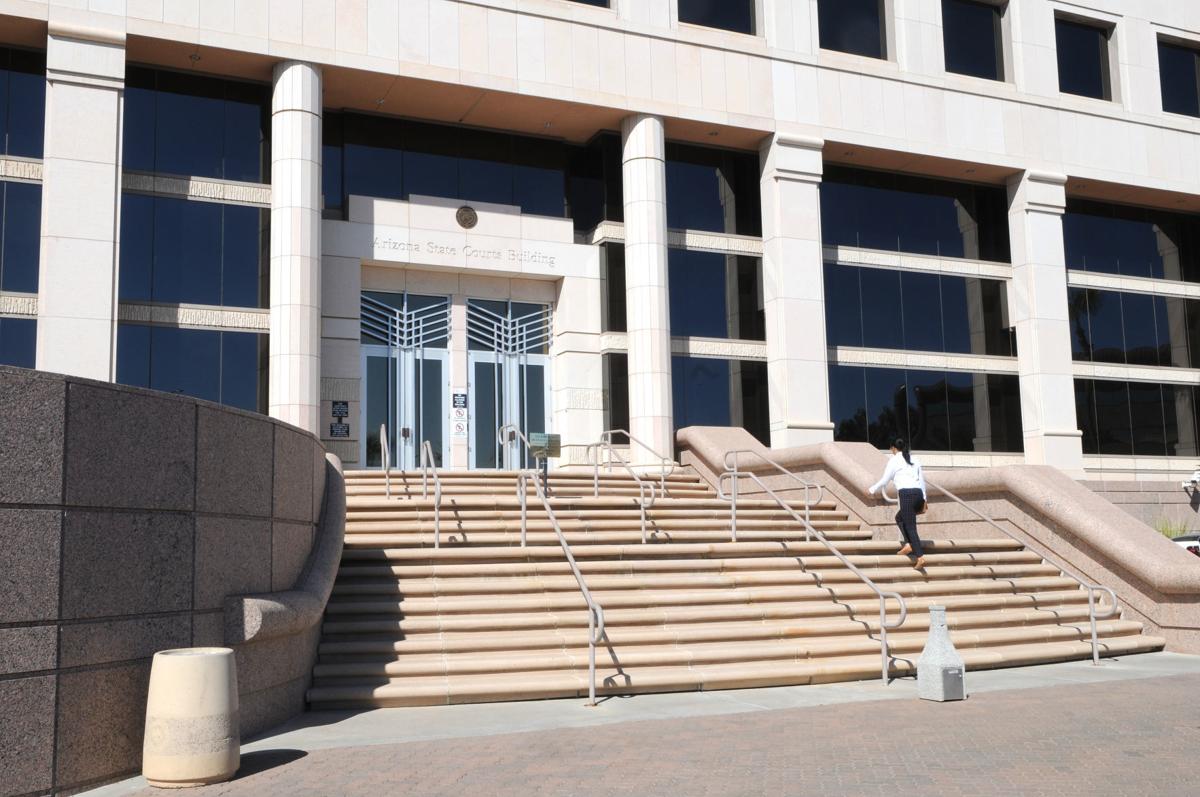 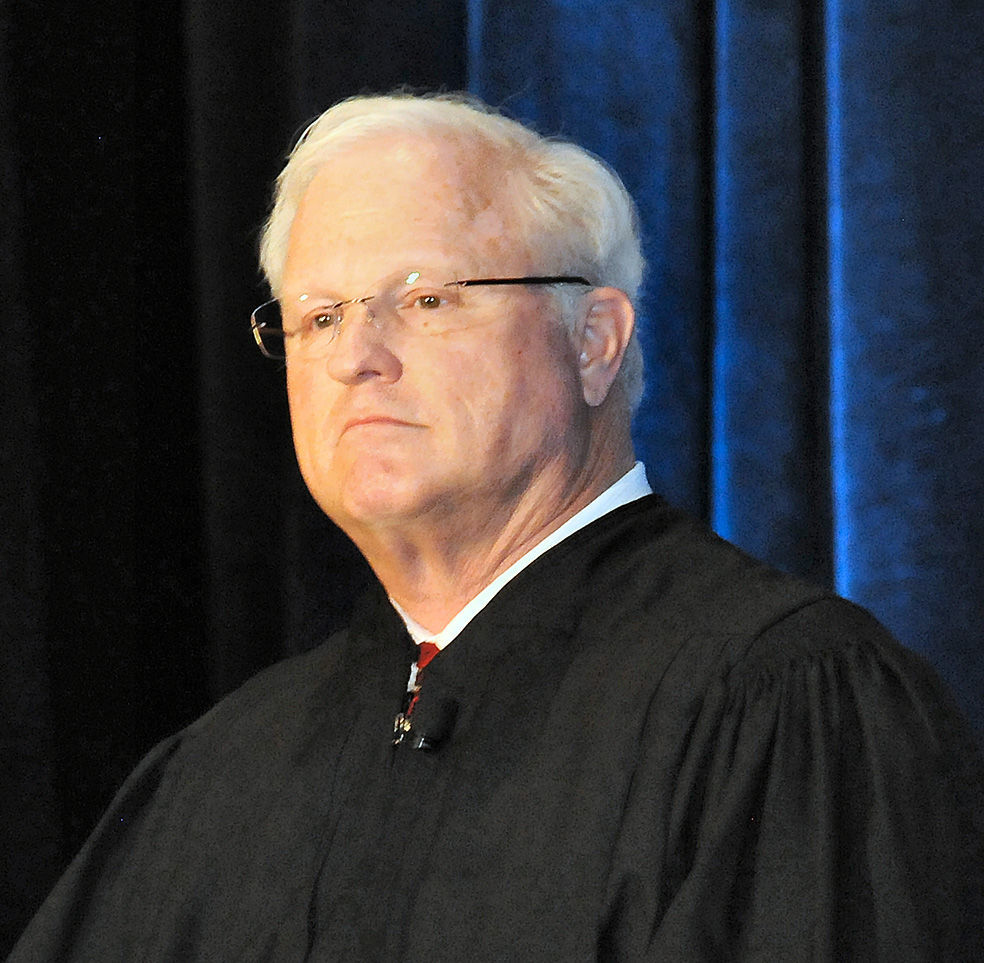 Taking photos outside the Arizona Supreme Court in Phoenix or the Court of Appeals building in Tucson could now land you in jail.

In a new order, Chief Justice Robert Brutinel prohibited any type of video recording, photography or live broadcasting from areas around the two buildings. That includes the entrances, steps, patios and sidewalks.

The order is an extension of existing rules that prohibit any type of video recording inside the courtrooms and in the two courthouses without first getting written permission.

What it also is, according to Dan Barr, is unconstitutional.

Barr, a lawyer who specializes in First Amendment law, said he understands the desire of Brutinel to keep the steps clear to allow people to come and go freely. And court spokesman Aaron Nash said there have been problems with some protesters.

But Nash conceded there are no rules against people standing in front of the courthouse, or even on the steps, to protest or hold banners, as long as they do not block access to the building.

What that means is that the new order still allows for the protests. But the only ones who would be in violation — and subject to arrest — are those who are taking pictures of the protest, particularly if they, too, are on the steps.

“The court certainly has the power to ensure that people can walk in and out of the courthouse unimpeded,” Barr said. “But that has nothing to do with people taking photos of them.”

And then there is the legal issue of banning photography outside the court building.

“It’s unconstitutional,” he said. “Whoever did this, I don’t think really thought it through.”

Nash said the measure isn’t aimed at the media and isn’t designed to keep reporters and photographers from documenting what occurs on the courthouse steps, whether it’s a news conference or a protest. It’s more aimed at those who would intimidate others.

Barr said, though, that’s not how the order is worded. And that, he said, creates a real risk to those who pull out their cameras, video equipment or even cellphones.

“You put photographers in this untenable position of wondering whether they’re violating that court order in doing a routine part of their job,” Barr said.

The order says that any court staff or security officer who observes someone in violation will verbally advise the offender, provide a written copy of the order and “direct the person to immediately stop and delete the recording.”

If the person does not stop, he or she will be ordered to “leave the facility.

“And if the person does not comply (the court official will) call law enforcement,” with charges including criminal trespass, disorderly conduct and harassment.

Nash said the order is designed to deal with a real problem.

“The issue, I think is abuse and intimidation, and in blocking access,” he said.

But the order is aimed not at the demonstrators but at those who are documenting it.

“If that’s how the order’s being read, we’ll have our legal group look at it,” Nash said. “The intent is not to infringe on First Amendment rights.”

Brutinel’s order says one reason for the order involves protecting the identity of those who participate in court proceedings as well as those of the Foster Care Review Board, which meets in that and other buildings. It says pictures “can put these persons in jeopardy, expose them to embarrassment and intimidation, and discourage participation in the judicial process.”

The order, however, does not cover superior court buildings throughout the state, where virtually all civil and criminal cases are handled, but only the buildings were there are appellate court hearings as well as hearings of the Foster Care Review Board.

Issues of the courthouse steps aside, Barr said there’s another significant problem with the order: the inclusion of the sidewalk in the area where Brutinel’s order says court permission is required to take pictures.

“There’s a long stretch of constitutional law by the U.S. Supreme Court that you can’t regulate what goes on in a public forum except in a (reasonable) time, place and manner restriction,” Barr explained. That can range from regulating crowd size and keeping competing demonstrations apart to prohibiting the use of bullhorns and amplifiers that would interrupt the business inside the building.

“But this just says anybody can’t take a photograph unless you have the previous OK of the chief justice,” he said. And that, said Barr, is just impractical.

“After a hearing, you’re going to say, ‘Excuse me, your honor, can we take photos of these people outside?’” he said. In fact, the order says the would-be photographer or videographer also is supposed to first get consent of those being photographed.

Nash brushed aside concerns about people being arrested for taking pictures on the sidewalk.

“The intent is not to address the public sidewalks that are the perimeter of the building,” Nash said. “It’s the sidewalk leading to the building itself.”

Still, he said, that issue may have to be reviewed by the court’s legal department.

PHOENIX — Arizona’s attorney general is making a last-ditch effort to quash a proposal to build a 330-room Omni hotel and a 30,000-square-foot…

PHOENIX — State lawmakers cannot limit how much money errant drivers have to pay relatives of the people they kill or injure, the Arizona Cour…

Audit: Lack of oversight in Board of Regents real estate dealings puts public resources at risk of misuse

The Arizona Board of Regents is leasing out property for commercial use without proper oversight and with only limited transparency, creating a "risk of inappropriate use of public resources" according to a new audit.

"Not only do I want my job back, I'm entitled to my job back," says Talonya Adams, after federal court jury agreed with her claims.

A lawsuit filed by Talonya Adams two years ago claimed she was wrongfully fired — and a jury agreed.

Eligible Guard members can get $250 per credit hour.

PHOENIX — Facing criticism, the chief justice of the Arizona Supreme Court rescinded an order that banned photography and videos around the co…