A race against time could play out over the next two years, pitting the building of new homes at the old Lazy K Bar Ranch against the building of plants to treat the contaminated water that would serve those homes.

Home construction at the upscale, 178-home Lazy K Bar development in Marana could start by early next year.

Treatment plants to remove two kinds of pollutants from the well serving the development may be online in about 18 to 20 months.

So does that mean Lazy K residents will be getting contaminated water in their taps, like those living in the neighboring Continental Reserve subdivision, and the Saguaro Bloom subdivision lying north of the others?

At this time, the answer is unclear.

“That’s undecided at this juncture, how they are going to handle that situation,” Marana Vice Mayor Jon Post said of Lazy K homebuilder Pulte Homes.

“At the very minimum they need to alert potential buyers and have them sign something. The ideal would be to wait for them to go into construction till the treatment facility is built. If I was the developer, I’d say, ‘Hey it’s not going to be that far down the road, just wait.’ ”

Six wells in Marana, including the one that will serve Lazy K, have been found with levels of two chemical products that exceed what’s recommended by the U.S. Environmental Protection Agency in drinking water.

The pollutants are 1,4-dioxane, a stabilizer used with industrial solvents, and PFAS compounds, used in a wide range of household products and commonly used in firefighting foam on Air Force bases around the U.S., including, formerly, Davis-Monthan Air Force Base in Tucson. No formal state or federal drinking water limits exist for either chemical.

In the still-developing Saguaro Bloom subdivision along Twin Peaks Road north of Lazy K, homes are still selling despite the public knowledge of the water contamination there, Marana Mayor Ed Honea said.

The builder, D.R. Horton, is providing buyers a disclaimer notice that their water has the pollutants at levels higher than EPA recommendations. The same notice requires buyers to sign “hold harmless” agreements freeing the builder from any liability stemming from “effects, present or future, on the health or safety of buyer parties or the property.”

A spokeswoman for Pulte did not respond last week to questions about whether Pulte would also require “hold harmless” agreements from its homebuyers.

Pulte, the third homebuilding company associated with the Lazy K project, has been tight-lipped about how it will deal with the water contamination.

Macey Kessler, corporate communications manager, told the Arizona Daily Star that Pulte wouldn’t give an interview on the topic. She asked for a list of questions. But the statement she emailed in response did not address most of the questions submitted by the Star.

The statement read: “We have recently learned of this concern and are in active communication with the Marana Water Department to better understand current conditions and future remediation plans. At present, we are moving forward with plans to acquire the property upon approval of the final plat and improvement plans by the town, and would expect to begin construction early in 2019.

“We will continue to monitor the progress of the Town of Marana’s water treatment solution as we finalize development plans for the property. Our top priority is the safety and health of our homeowners and the communities where we build.”

Kessler did not respond to the Star’s questions regarding when exactly Pulte officials learned of the contamination, nor who informed them. She also did not respond to the Star’s query about whether Pulte would be willing to wait until the planned water-treatment system was up and running to begin building houses, nor whether the contamination issue might affect the marketability of the Lazy K homes.

In a mid-August meeting, the Marana Town Council directed its staff to return by early October with a report detailing the estimated cost of a project to build treatment plants to clean the polluted water, and to look at funding options for the $15 million project.

To get the plants online, it will take 18 to 20 months to award contracts to design and build them and get the work done after the council decides what to do, said John Kmiec, the Marana Water utility director.

The timetable could be shorter, if the process to procure equipment and services for the treatment project goes well, he said.

“For advanced treatment components, it is not uncommon for an order to be made, then have to wait several months before a manufacturer can provide the equipment to the site for actual installation,” Kmiec said in an email. “The key during the design phase will be to identify any what we call ‘long lead time items’ and have the ability to place advanced orders so the equipment can make it in time for installation, when ready.”

Post said he hopes the council can help expedite the timeline for the treatment-plant construction.

“I haven’t yet seen why it is going to be 18 months,” he said. “I know there are a lot of things we have to do on our end. Hopefully, we can push those along faster. This is a serious problem. ... Long-term, I would not want to drink the water nor have my family drink the water.”

Last Tuesday, the Town Council approved a preliminary plat for Lazy K that shows how the project would be laid out. Before building permits can be issued and construction can start, the council must also approve a final plat for the development.

The Town Council cannot require the buyer to do anything — such as wait until the water is cleaned up to begin construction or notify homebuyers of the contamination — as a condition of approving the final plats, Town Attorney Frank Cassidy said in an email. All discretionary town approvals for the project were completed when the council approved the rezoning and development agreement for Lazy K last year, he said.

Vice Mayor Post said it would be “stupid” for Pulte to put homes on the market before the water is clean. The water contamination carries not only a health risk, but a financial risk for residents of the town and the town itself, he said.

“We want to make sure not only that we residents have clean water, (but) that we continue to see investments in the community we have now,” he said. “That’s a far greater problem than the health risk.”

After 10 years and 2 days the original Tucson Tamale Company restaurant is closing, hoping to return again.

What can you recycle in Tucson and what should you just throw away?

See if you know some of these recycling rules. We'll be adding to the list over time. The answers, regardless of whether you are correct, will…

Sixty percent of the land will be preserved, but neighbors are still unhappy over the Town Council approving 178 homes there.

Marana Town Council members asked staff to produce a reporter by early October outlining the cost and funding options for the project.

The far-northeast-side tract uses triple the citywide average water use.

Watch: Bear cub grows up with its mom, wanders around Southern Arizona mountains

Yes, you may put magazines in curbside recycling

PHOENIX  — A former youth care worker has been convicted of sexually abusing seven teenage boys at a Phoenix-area shelter for immigrant children.

Scientists and agencies, however, are deeply split over safe level of PFAS in drinking water.

Town officials hope to have the plants online to clean up contaminated groundwater starting in June 2020.

Issue is of significant concern after chemicals found in drinking wells in Tucson, Marana.

Eight monitoring wells contain excessive levels of the contaminants, raising concerns that the pollution could be moving off site toward Tucson Water drinking wells. 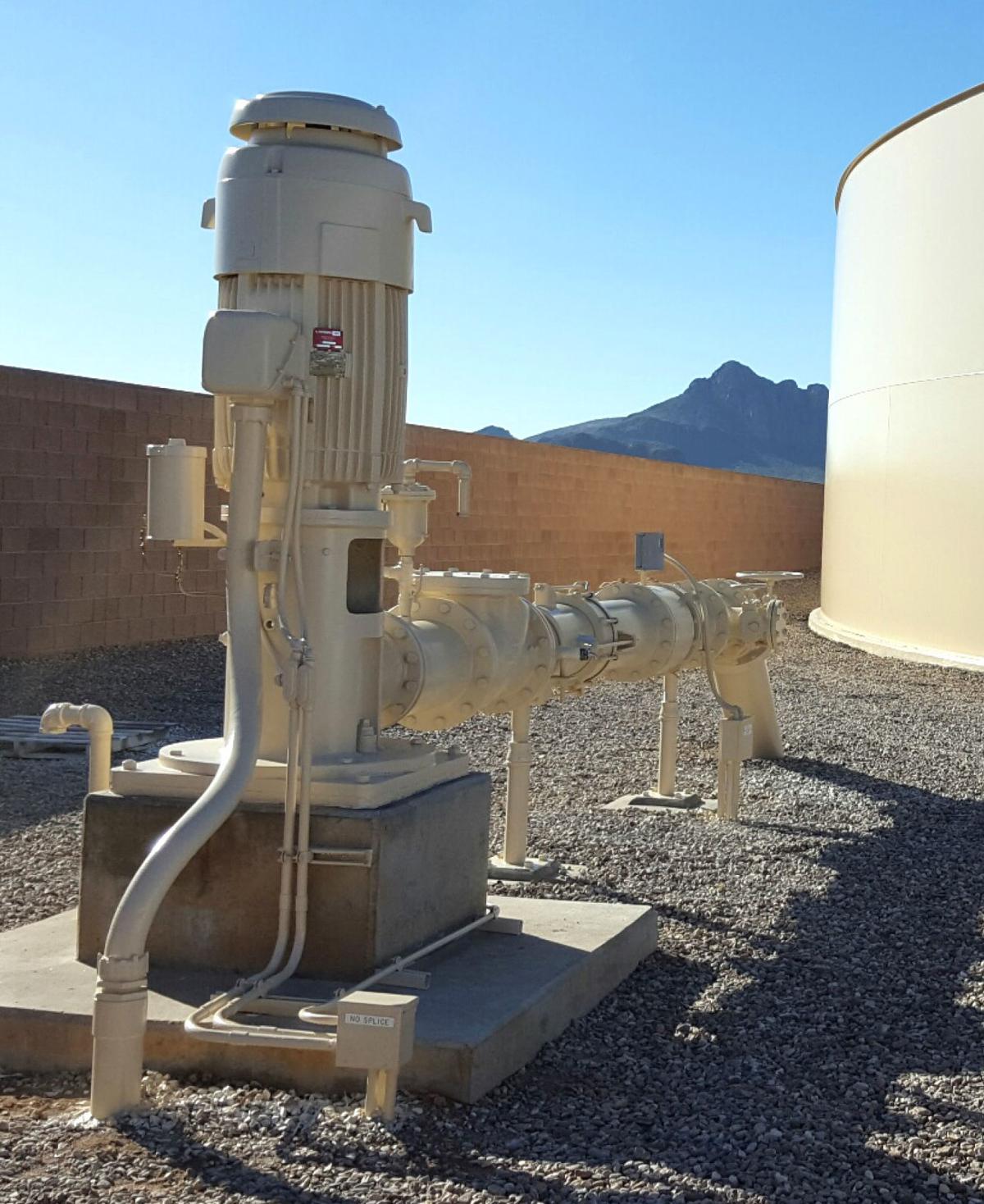 The polluted wells serve more than one-third of the Marana water utility’s customers.