TNF: Scores and updates from Patriots vs. Bills 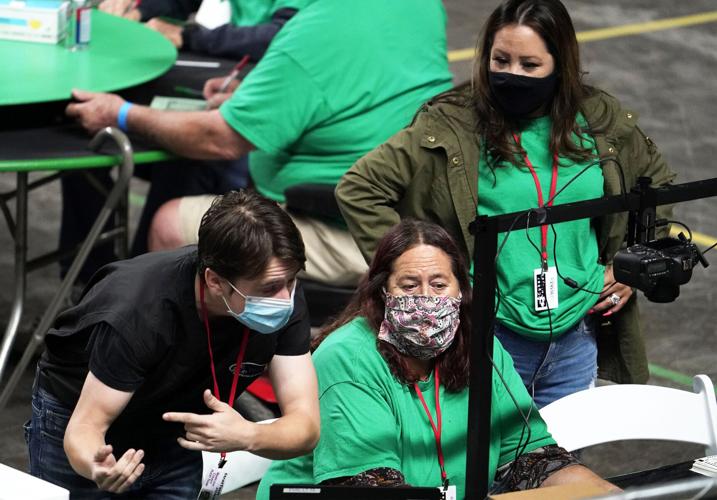 Maricopa County ballots cast in the 2020 general election are being examined and recounted by contractors working for Florida-based company Cyber Ninjas at Veterans Memorial Coliseum in Phoenix.

Maricopa County ballots cast in the 2020 general election are examined and recounted by contractors working for Florida-based company Cyber Ninjas at Veterans Memorial Coliseum in Phoenix. 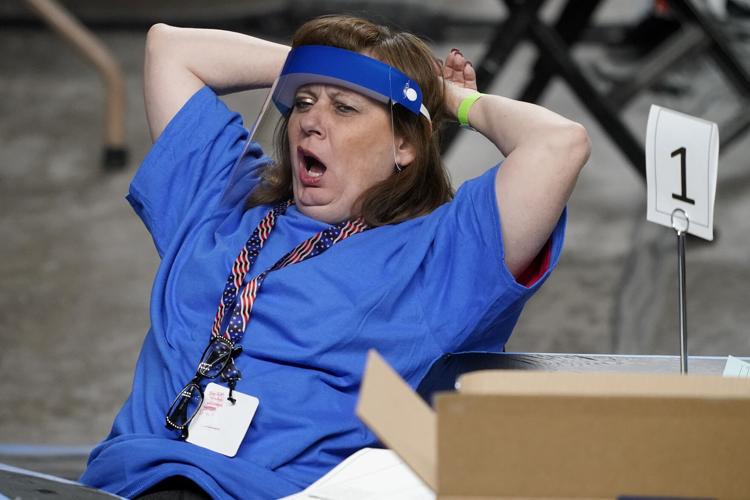 A contractors working for Florida-based company Cyber Ninjas yawns as Maricopa County ballots cast in the 2020 general election are examined and recounted.

PHOENIX — Maricopa County and Dominion Voting Systems defied the latest subpoenas from the state Senate for its 2020 election review.

Instead, board Chairman Jack Sellers sent a letter to Fann and the other senators blasting the “audit” — he used the quotation marks — and telling them to get on with it.

“The board has real work to do and little time to entertain this adventure in never-never land,” he wrote, saying that the 2020 election was run as required by state and federal law.

“There was no fraud, there wasn’t an injection of ballots from Asia, nor was there a satellite that beamed votes into our election equipment,” said Sellers, a Republican. “It’s time for all elected officials to tell the truth and stop encouraging conspiracies.”

Sellers told the senators to release whatever report they’re going to produce about the election review “and be prepared to defend any accusations of misdeeds in court.”

At a separate news conference explaining the board’s decision, Sellers took a slap at the Senate — and Cyber Ninjas, the firm Fann hired to handle the audit.

“A lot of the questions that have been raised in the current subpoena are because the unqualified, inexperienced people they hired to do this audit don’t know what they’re looking at,” Sellers said. “So they keep asking us to verify things or explain things that if they knew what they were doing they would already know the answers.”

The Senate had no better luck with a separate subpoena — and the 1 p.m. Monday deadline — for Dominion Voting Systems to produce various passwords, tokens and other ways to get into the programming of the equipment it leased to the county for the election. This was the first subpoena of Dominion.

The demand violates Dominion’s constitutional rights against unreasonable search and seizure, said the company’s attorney Eric Spencer in a written response to the Senate. And he said while the Senate has the power to conduct investigations, there is no “valid legislative purpose” to what Fann wants.

Both denials mean the Senate must decide whether to pursue the matter.

“We are weighing our options,” Fann, a Prescott Republican, said in a prepared statement.

“It is unfortunate the noncompliance by the county and Dominion continues to delay the results and breeds distrust,” she said of the audit. She accused the county of doing a “slow walk” of a separate public records request for documents about a possible breach of the voter registration database.

But Maricopa County Supervisor Bill Gates, also a Republican, said a vote by the Republican-controlled Senate to hold board members or officials from Dominion in contempt and potentially jail them is unlikely.

“We all know from public statements now that they have even fewer than 15 senators who are in support of this operation,” he said, noting an earlier objection from Sen. Paul Boyer, R-Glendale, and the more recent conclusion by Sen. Michelle Ugenti-Rita, R-Scottsdale, that “the audit has been botched.”

Anyway, Gates said, the Senate would have to be in session to even consider a contempt resolution.

But Fann is not precluded from seeking a court order, as she did after the supervisors balked at earlier subpoenas.

In that case, Maricopa County Superior Court Judge Timothy Thomasson said the lawmakers had a “valid legislative purpose” in seeking the county’s 2.1 million ballots and the election equipment.

The judge pointed out that the Arizona Constitution gives legislators the power to enact “laws to secure the purity of elections and guard against abuses of the elective franchise.” And he accepted the Senate’s explanation that it needed the ballots and equipment to determine if changes are needed in state election laws.

County officials ended up complying at that time. The ballots and equipment that were produced now have all been returned to the county. But the county is ready for a new fight over what more the Senate and Cyber Ninjas insist they need.

In a separate letter to Fann, Maricopa County Attorney Allister Adel, also a Republican, ticked off objections she has to the Senate’s demand.

For example, she said there is no need for the actual envelopes in which early ballots were mailed since the county provided images. Also, Adel said, the Senate has provided no assurance it could protect those items.

But beyond that, the county attorney said the latest subpoena is “an abuse of process or designed merely to harass.”

Still, Adel said the county might provide some information — on its own schedule.

For example, she said the county might provide details about a breach of a voter registration website last year operated by the County Recorder’s Office, even though she said it was never connected to election tabulation equipment and is irrelevant to the audit. But Adel said county officials are busy and they will will respond to a parallel public records request for the same information when they have time.

He said the Senate is not doing anything to make voters confident about the electoral system.

And then there’s the timing of this, the third subpoena issued by the Senate in its self-proclaimed inquiry into whether the results of the 2020 election — the one that saw Joe Biden outpoll Donald Trump in both the county and the state — were accurate.

The third subpoena demands the county’s routers, essentially equipment that directs computer traffic between the county’s own computers as well as the internet.

Auditors have claimed, without any proof, that election computers were somehow hacked and the results altered. Two separate investigations conducted for the county found the election system is air-gapped and was never connected to the internet.

Yet the conspiracy theories remain, Gates said, highlighting the timing.

“They waited for former President Trump to come to town, talk about routers 10 times, and then issue a third subpoena,” he said, referring to Trump’s rally in Phoenix on July 24. “This isn’t serious.”

Gates said the people behind the audit are “more interested in scoring political points and driving the conspiracy theories held by many of the members of the state Senate.”

The money raised by pro-Trump groups overshadows the $150,000 in taxpayer money the Arizona Senate spent approving the audit and hiring Cyber Ninjas.

Ken Bennett is unhappy with what's going on at the audit and threatened — but only briefly — to quit his role as Senate liaison. And other new controversies.

Karen Fann won't say what she is looking for in request to Secretary of State Katie Hobbs.

Maricopa County officials deny several claims of "irregularities" made by contractors conducting the Arizona Senate's audit of the 2020 election.

Judge questions claim the public has no right to know who's paying for Ariz. election audit

The judge had pointed questions Wednesday for the Senate president's attorney, who argued courts shouldn't second-guess how the Legislature does its work.

Records must be released to the public, including those in the hands of Cyber Ninjas, the private firm hired to do the audit.

County says leased machines cannot be used again since they were turned over to Cyber Ninjas for the vote audit.

Senate President Karen Fann tells Arizona Supreme Court that judges can't force her to give up the documents now held by Cyber Ninjas.

The Arizona Supreme Court said it will not decide the issue of whether those records are subject to public disclosure until at least Sept. 14.

Records related to the election review by Cyber Ninjas — the firm Senate Republicans hired — are public, the court held in rejecting lawmakers' effort to keep them secret.

Maricopa County ballots cast in the 2020 general election are being examined and recounted by contractors working for Florida-based company Cyber Ninjas at Veterans Memorial Coliseum in Phoenix.

Maricopa County ballots cast in the 2020 general election are examined and recounted by contractors working for Florida-based company Cyber Ninjas at Veterans Memorial Coliseum in Phoenix.

A contractors working for Florida-based company Cyber Ninjas yawns as Maricopa County ballots cast in the 2020 general election are examined and recounted. 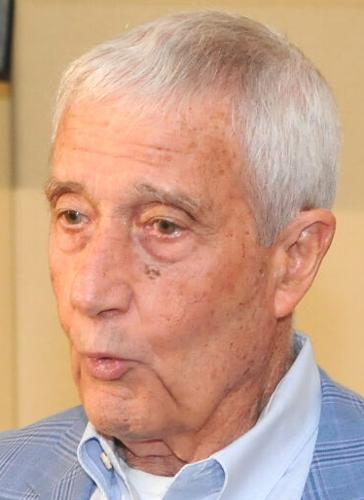 Jack Sellers, Republican chairman of the Maricopa County Board of Supervisors