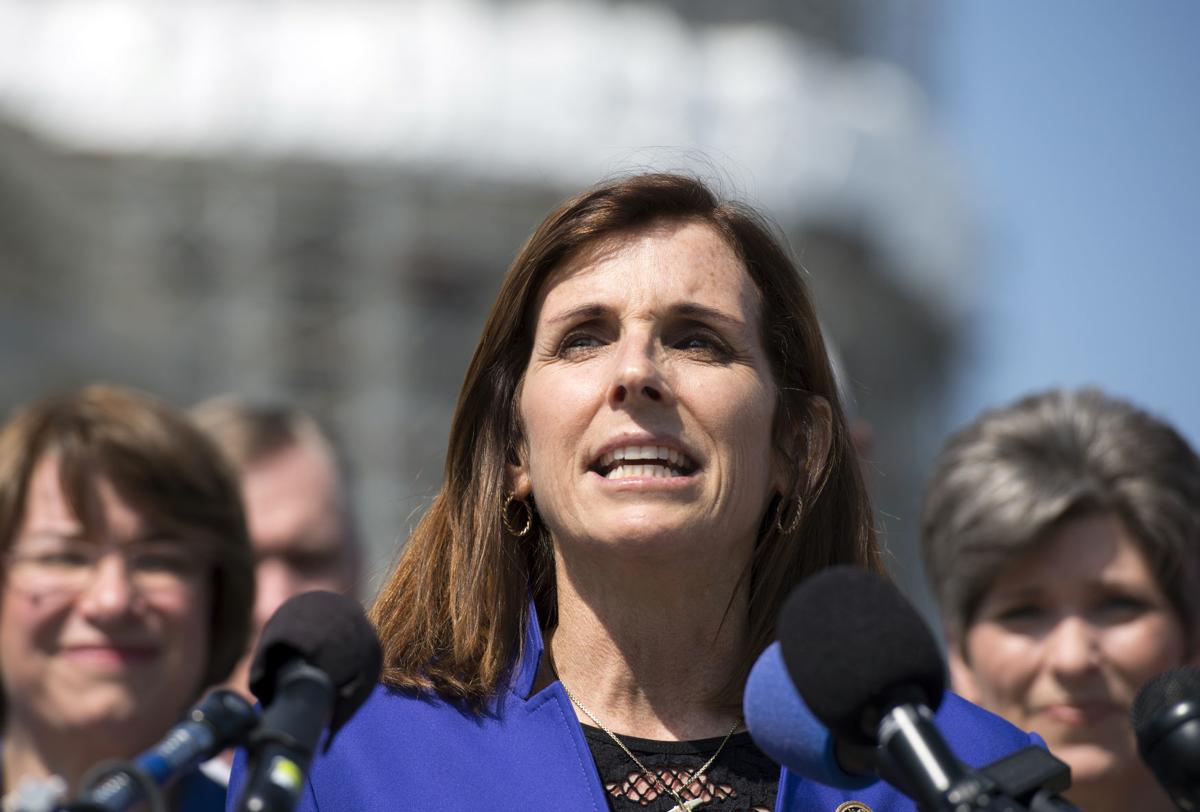 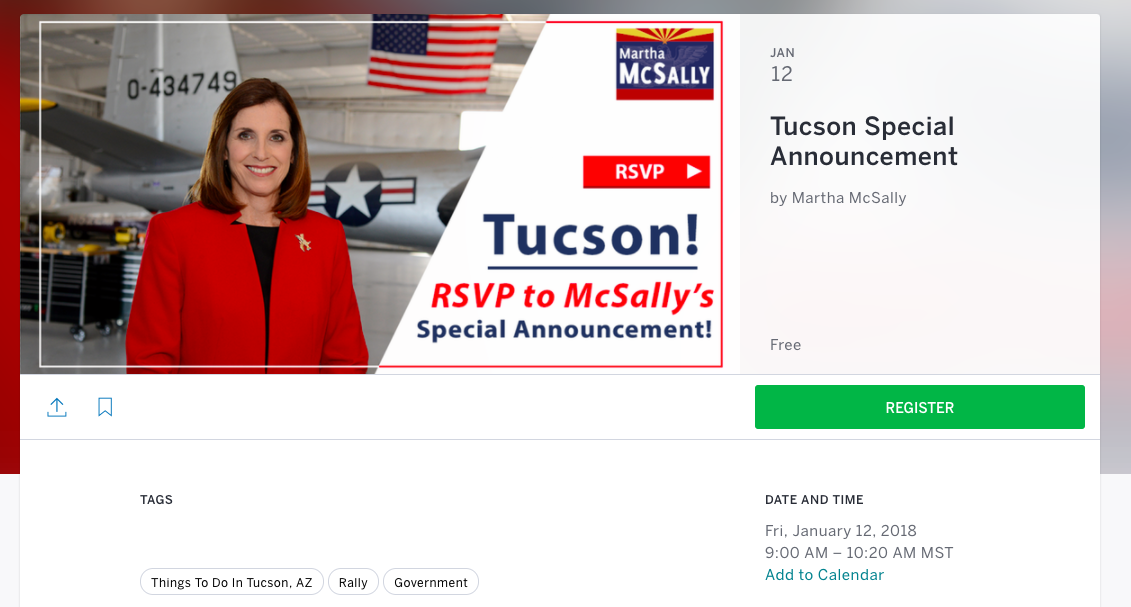 Campaign staff for the Tucson Republican has set up a number of "special announcements" on Friday, including two that are outside of her Congressional District. Staff would not comment on the announcement, but all signs point to the launch of her Senate campaign.  (Image captured Jan. 9 at 9 a.m. from EventBrite.com)

Campaign staff for the Tucson Republican and former fighter pilot has set up a number of "special announcements" on Friday. It includes two that are outside of her Congressional District, one in Prescott and another in Phoenix.

A spokeswoman refused to discuss the announcement, but all signs point to the launch of her Senate campaign.

McSally has shied away from discussing her plans for the last two months, despite Rep. David Schweikert, a Republican colleague in Congressional District 6,  telling reporters that the retired Air Force colonel said she was planning to enter the race.

The campaign has repeatedly had to sidesteped the issue, with McSally telling a Fox News host Neil Cavuto in early November that her plan to run for Senate “is not announced yet," and telling reporters at an official event that ethic rules prevented her from answering direct questions about her campaign plans.

Just before Christmas, Senate Majority Leader Mitch McConnell told the Washington Examiner that McSally as one of his top recruits for the Senate in 2018.

If McSally announces on Friday, she will face several candidates in a GOP primary, including former Maricopa County Sheriff Joe Arpaio, who on Tuesday announced his candidacy for the post through Twitter.

The presumed front-runner has been Republican Kelli Ward, a well-known conservative candidate best known for challenging Sen. John McCain in 2016.

Ward has been campaigning for the better part of a year, criss-crossing the state to discuss her platform.

In a tweet announcing his run for Senate, Arpaio says his single goal is to support the agenda and policies of President Donald Trump.

Seven years after a shooting that killed six people and wounded 13, including former congresswoman Gabrielle Giffords, the Tucson January 8th …

Proof that javelinas are cuties of the desert

Remember Cup It Up? Top Tucson food stories in 2017

Tucson’s restaurant industry in 2017 at times felt like a rollercoaster ride, with enough twists and turns to keep us on our toes.

Joe Arpaio is running for U.S. Senate. He wants to be the Republican to replace retiring Republican Sen. Jeff Flake.

Campaign staff for the Tucson Republican has set up a number of "special announcements" on Friday, including two that are outside of her Congressional District. Staff would not comment on the announcement, but all signs point to the launch of her Senate campaign.  (Image captured Jan. 9 at 9 a.m. from EventBrite.com)