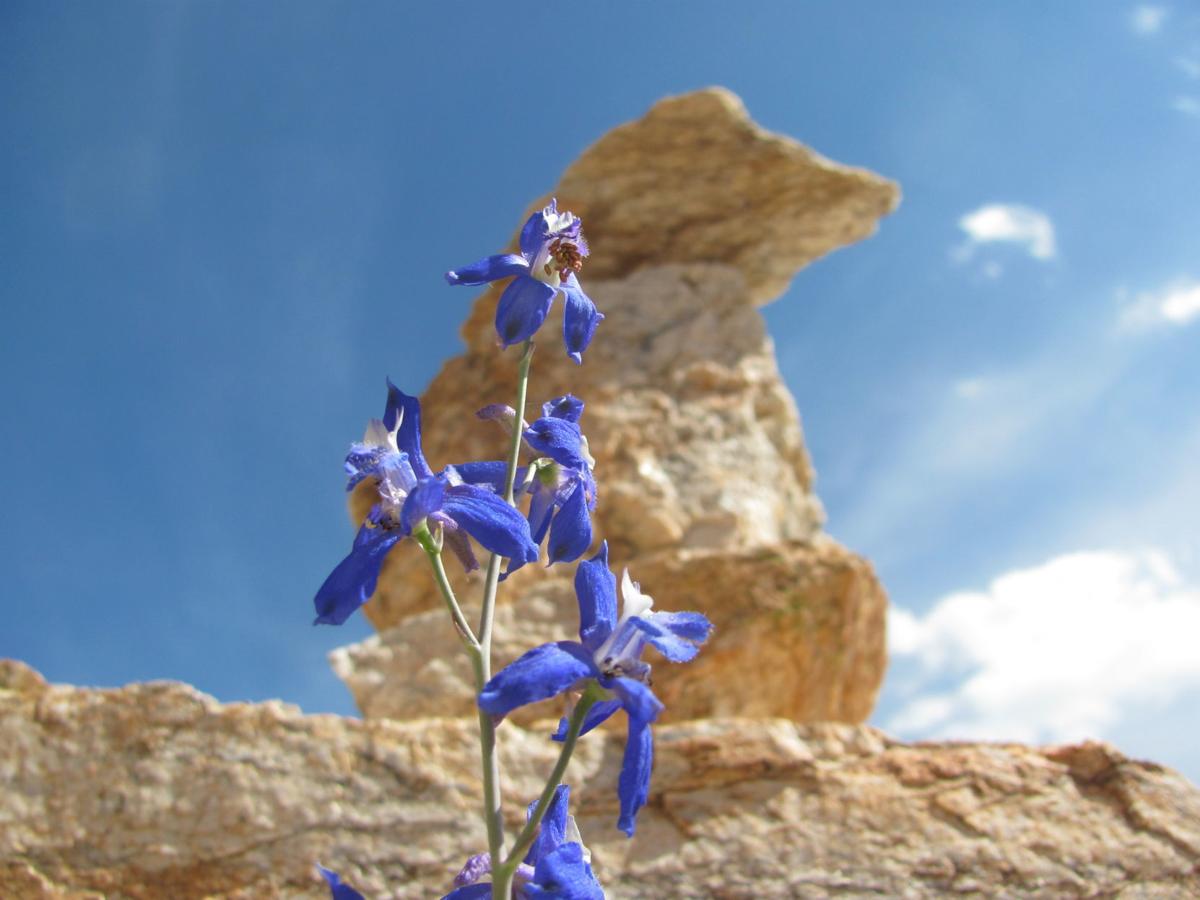 A “less fussy” delphinium is in bloom in the lower reaches of the Catalina Mountains. 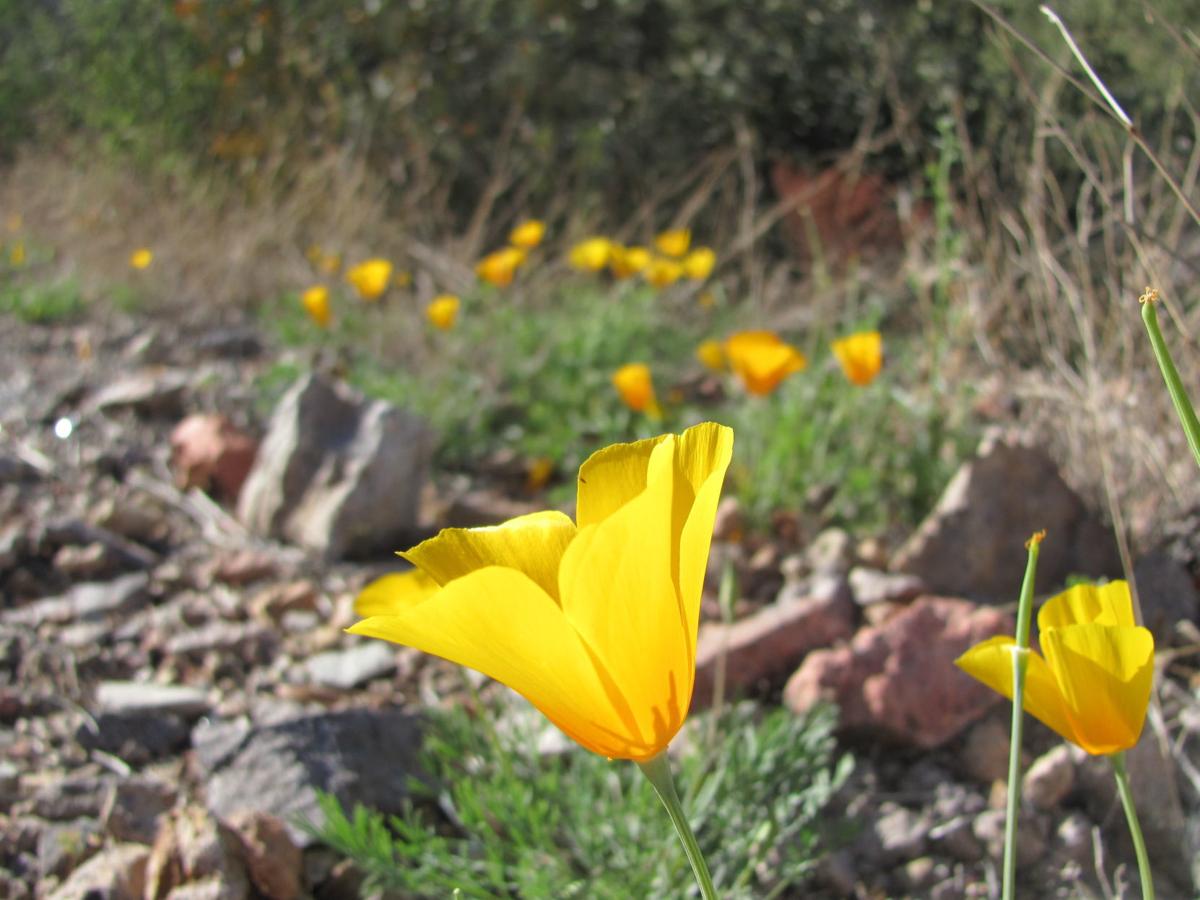 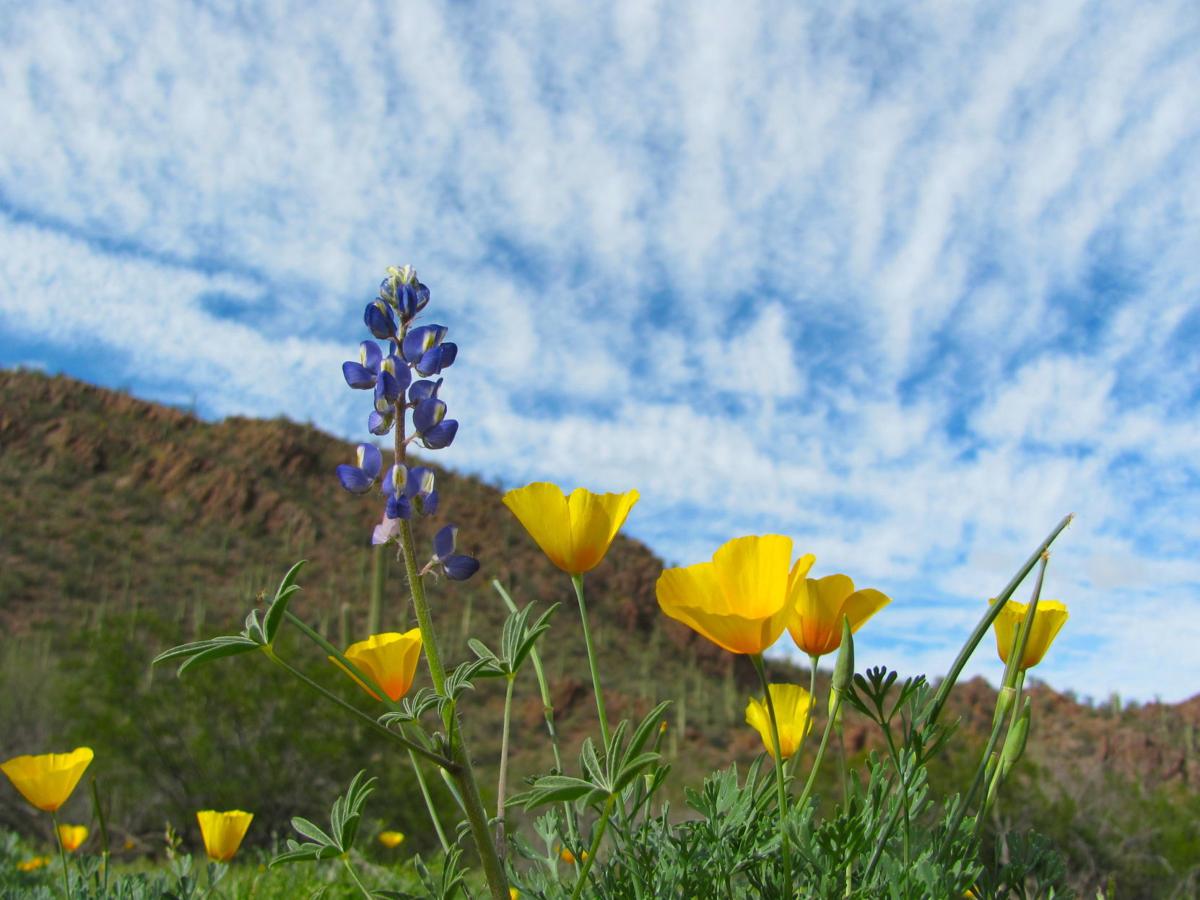 Rains in October have caused a “massive germination” of annual wildflowers, which bodes well for a good bloom in the spring, according to wildflower experts.

“But it’s been dry since mid-October, so the seedlings are probably not growing vigorously now,” said Mark Dimmitt, a retired director of natural history at the Arizona-Sonora Desert Museum and an authority on blooming patterns.

“We need more rain soon” to produce a standout bloom of annual wildflowers such as gold poppies and lupines.

Dimmitt said the October rains have already produced some floral beauty near his home.

“Mexican gold poppies germinated in my yard with my 3¾ inches (of rain) in October,” he said.

“I have watered them a couple of times since, and there are already a few flowers.”

“I heard from a group who went to the Pinacate (a region in Mexico not far south of the Arizona border) two weeks ago that the area is lush,” he said. “Organ Pipe Cactus National Monument (in Arizona south of Ajo) is probably the same.”

A critical first step — a so-called “triggering rain” of at least one inch — must take place in the autumn. That happened in October.

But more rain is needed for a spectacular bloom, as Dimmitt noted while he was at the Desert Museum in a paper called “Predicting Desert Wildflower Blooms — The Science behind the Spectacle.”

“The triggering rain must be followed by regular rains totaling at least an inch per month through March, a season total of at least five inches, seven or eight are better,” he wrote.

“In short, a really good wildflower bloom requires both an unusually early and an unusually wet winter rainy season.”

Those, Dimmitt noted, are the rain requirements for a very good bloom of annual wildflowers such as gold poppies, lupines and owl clover.

“Perennials are less fussy about the timing of rainfall,” he said.

The 12 winners will have their photographs printed in Arizona Game and Fish 2019 calendar.

Unusual growths called burls give some trees a distinctive look.

Tucson's distant past comes to life along this Cultural History Walk.

Autumn color might be peaking in forests high in the Catalina Mountains north of Tucson, but don’t overlook the desert’s flushes of fall.

Watch: Encore of autumn in the Catalinas

The Pima Canyon Trail in the Santa Catalina Mountains goes from hot, open desert to a shady riparian area and up into cool reaches of Mt. Kimb…

The Tucson Museum of Art has been closed for major renovations and is now ready to unveil the new space in a big celebration planned for Oct. …

Snow is falling elsewhere, but it's prime time for rose blooms in Tucson

Hikers still hit the trail with a club started six decades ago.

Tucson trees glow with hues of 'urban autumn' in mid-December

Autumn color is peaking along Tucson watercourses even as winter approaches.

Gold poppies, other wildflowers, are putting on an early show in the desert

A few poppies are blooming at Saguaro National Park west of Tucson.

A “less fussy” delphinium is in bloom in the lower reaches of the Catalina Mountains.