At the event, set up inside Trident Grill, a midtown sports bar, McSally sat shoulder-to-shoulder with veterans from various branches of the military, including Deborah Martinez-Garibay, an army combat veteran, who told the three Republicans that she felt let down by the Department of Veterans Affairs.

The active duty reservist explained that as a service-related injury grew worse she was let go from her job.

Martinez-Garibay said she hadn’t been employed in three years.

The VA still offers her medical care, but her husband and her daughter have not had insurance for quite some time.

“There is no support,” she told McSally and the others.

Martinez-Garibay said that she had sought help from both state legislators and McSally’s office to make headway at the Tucson VA.

Although those offices, including McSally’s, did respond with contacts and phone numbers, the VA often did not answer her calls and rarely returned phone calls, she said.

Local businessman Shaun McClusky pressed on why some veterans who served couldn’t receive care because they had jobs in the private sector.

Throwing out an example of a veteran making $24,000 a year, McClusky said $2,000 a month wasn’t enough to afford private insurance.

Other concerns raised at the meeting included a workforce shortage at the VA and how slow the process is to hire new staffers — with some complaining it can take years — as well as concerns about lack of access to health care, specifically mental health care.

What wasn’t mentioned during the roundtable discussion was the recent rating of the Tucson VA, which went from a three-star rating to a one-star rating.

McSally told reporters that one of the issues is staffing.

“It is unacceptable. They are understaffed. I saw that myself every time that I went there,” McSally said.

McSally repeatedly said she will work to reform the VA but that part of the solution may come from allowing veterans more access to private doctors.

The Tucson Republican co-sponsored the VA MISSION Act, which allows veterans, in certain circumstances, to get quality care from private physicians.

The bill was signed into law earlier this year by President Trump.

McSally also briefly teared up during the event, remembering the problems her family had with the VA when her father was dying of cancer.

Marquez Peterson spent most of the meeting taking notes, vowing to help veterans with their issues if elected next month.

The veterans roundtable did have a few lighter moments, including when Senator Kyl started the meeting by explaining that he was there to listen to the veterans, not to stump for McSally.

Within minutes, Kyl found himself telling reporters to forget what he said about the roundtable not being political because had just finished praising McSally, who joined his Senate staff when she was still in the Air Force.

“I know my colleagues are anxiously awaiting her arrival in the Senate,” he said.

McSally, Sinema's fight to replace Flake in Senate gets dirty

Tens of millions of dollars have been poured into a race that has featured the two Congresswomen lobbying charges at each other for the better part of the last year.

The move has some wondering whether one of largest national groups singularly dedicated to electing Republicans to the House of Representatives has lost faith in its candidate.

The race has the potential to turn Martha McSally's seat in Congress from red to blue.

Last Friday, President Donald Trump was in Mesa to rally the GOP voter base and announce his support of McSally.

Serious pedestrian crash causing delays on Alvernon Way near I-10

Pima County Sheriff's deputies responded to an injured pedestrian struck by a vehicle on Alvernon Way near Interstate 10 Wednesday evening.

Pima County voters: Still have an early ballot? Get it in the mail today

About 45 percent of the early ballots sent out in Pima County have already been returned.

What you need to know to vote today in Pima County

You can drop off your mail-in ballot at any of the roughly 240 polling places operated by Pima County today.

Barrett would be responsible for the 685,000 active-duty Guard, Reserve and civilian forces and be in charge of an annual budget of more than $138 billion.

PHOENIX — U.S. Sen. Martha McSally said Monday that immigration officials need to examine situations before veterans who are in this country i… 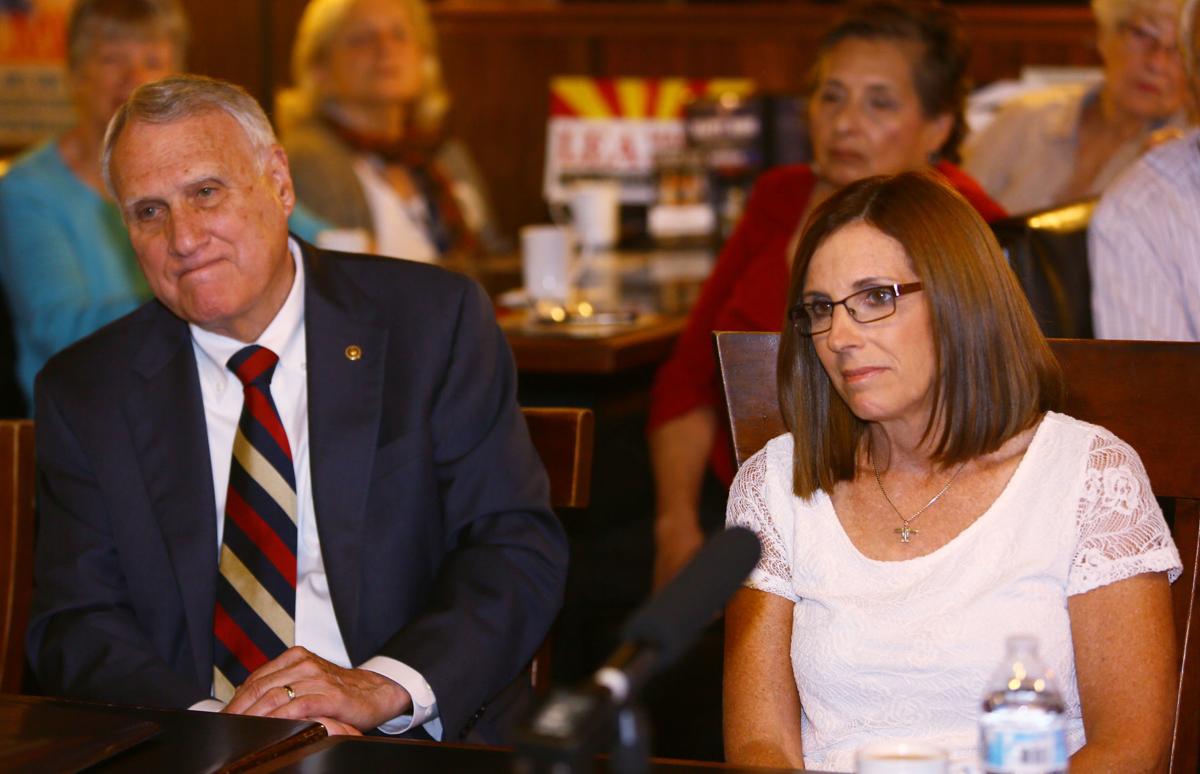 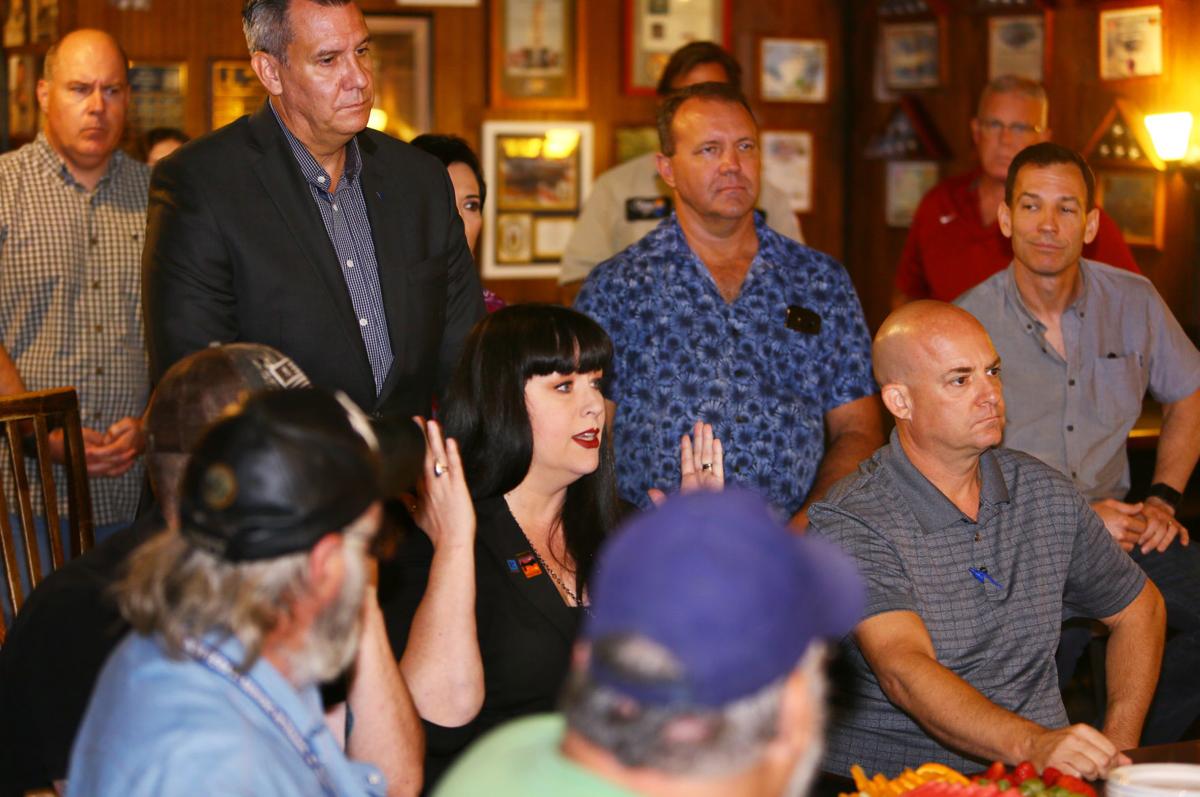 Veterans sat alongside the politicians at the roundtable discussion and talked about issues with the Department of Veterans Affairs on Tuesday at the Trident Grill. 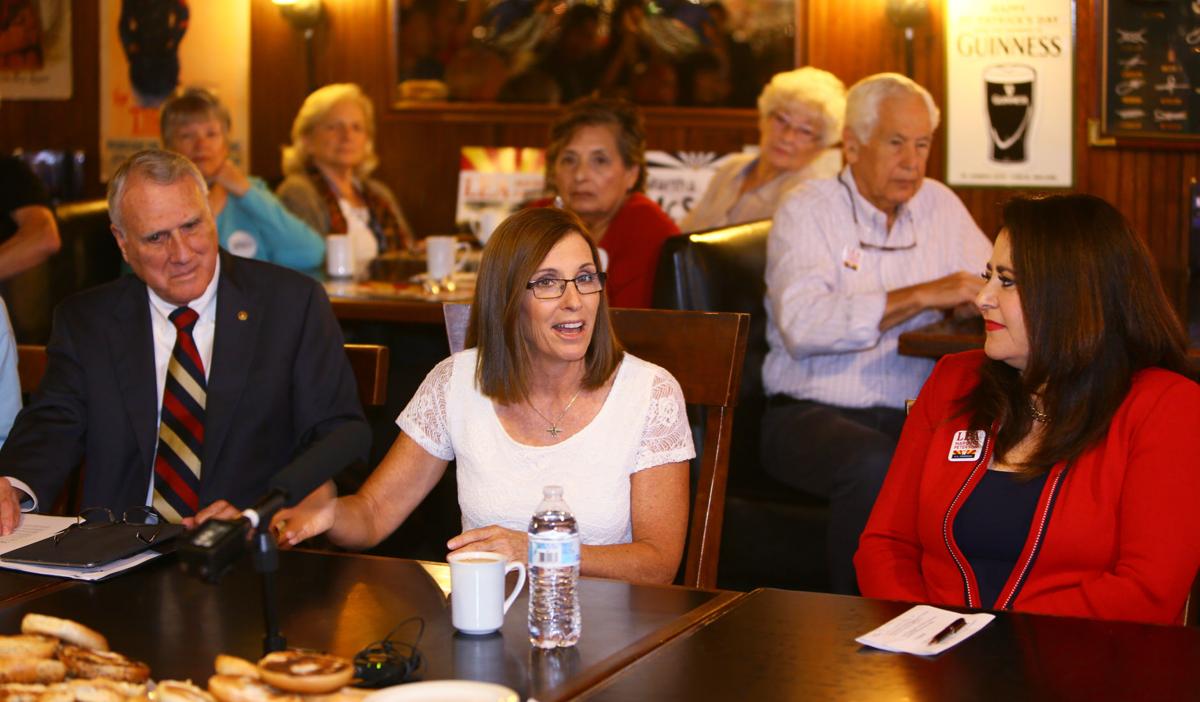 Sen. Jon Kyl , left, Congresswoman Martha McSally, and Lea Marquez Peterson during a roundtable discussion on veterans' issues with at the Trident Grill in Tucson on Oct. 23, 2018. 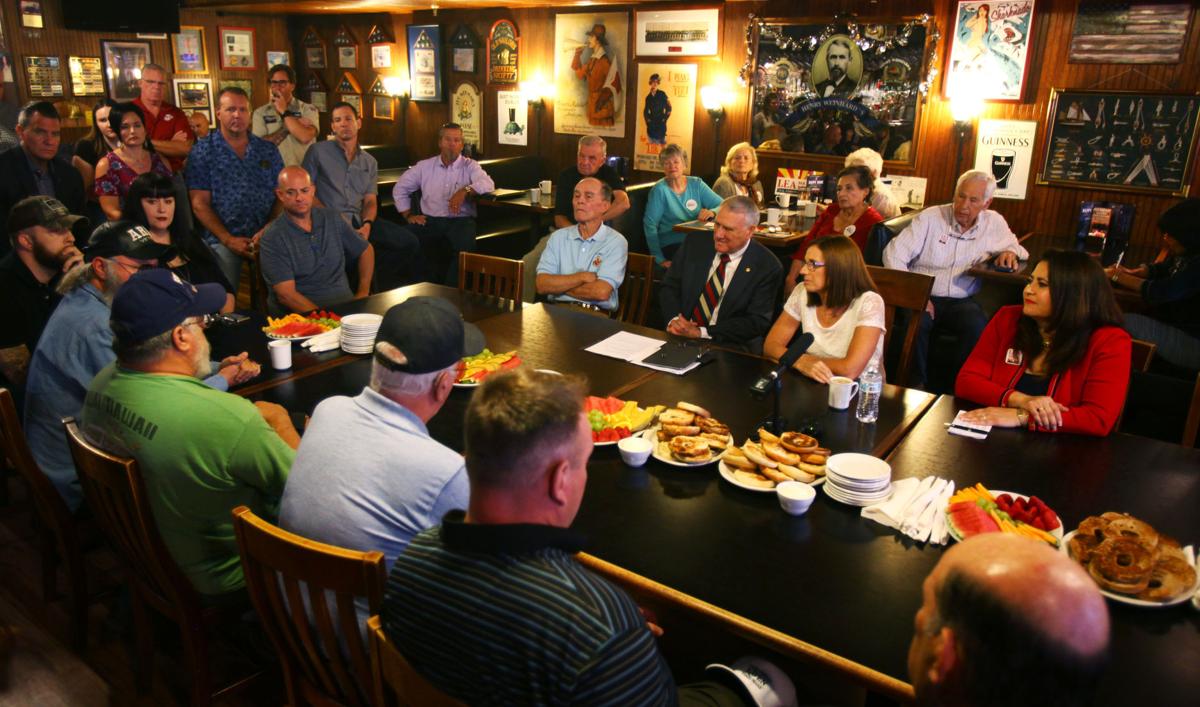