Mine Tales: Twin Buttes' open pit near Tucson had longest conveyor belt
Share this
1 of 5 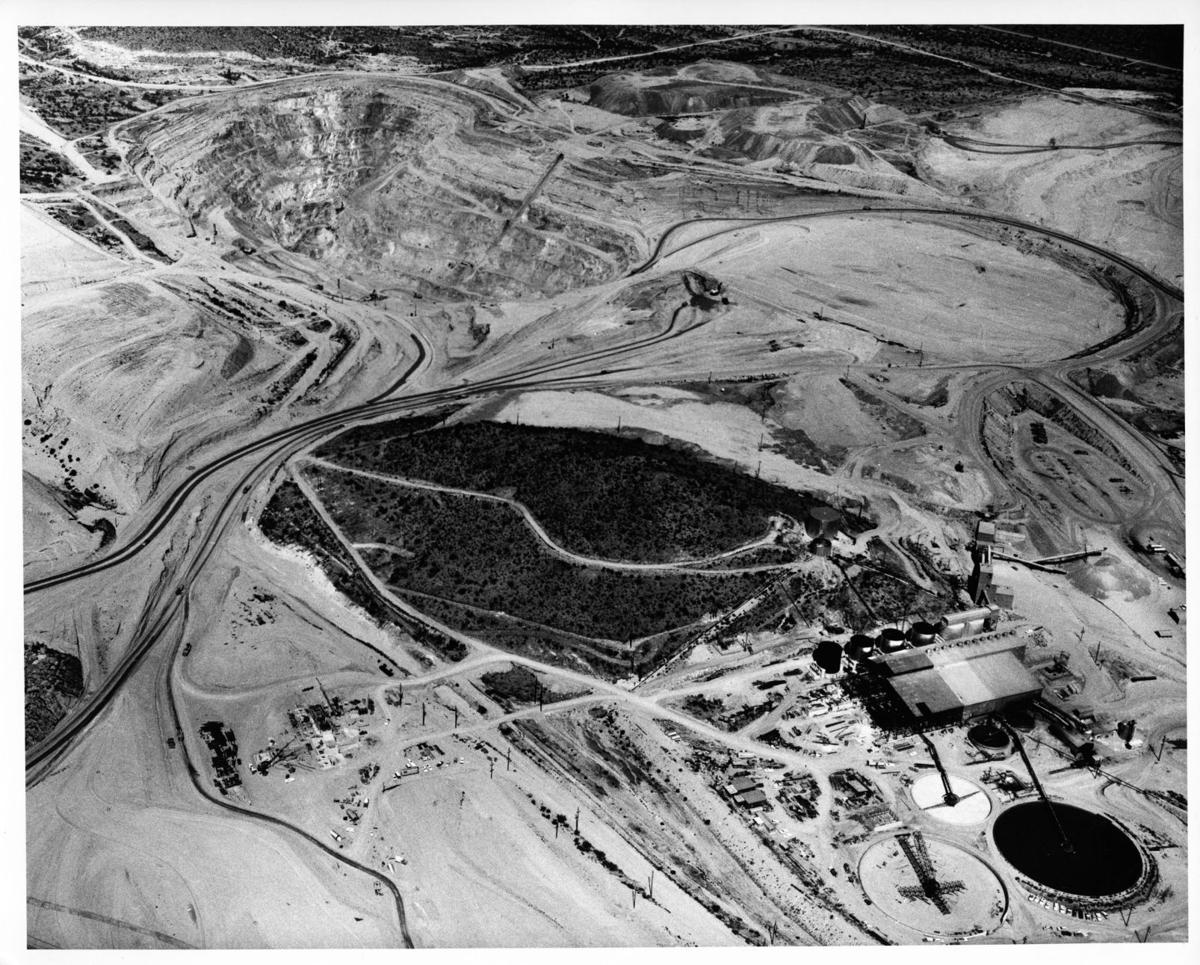 An aerial view of the open pit mine denoting the route of the conveyors to the tailings and mill. 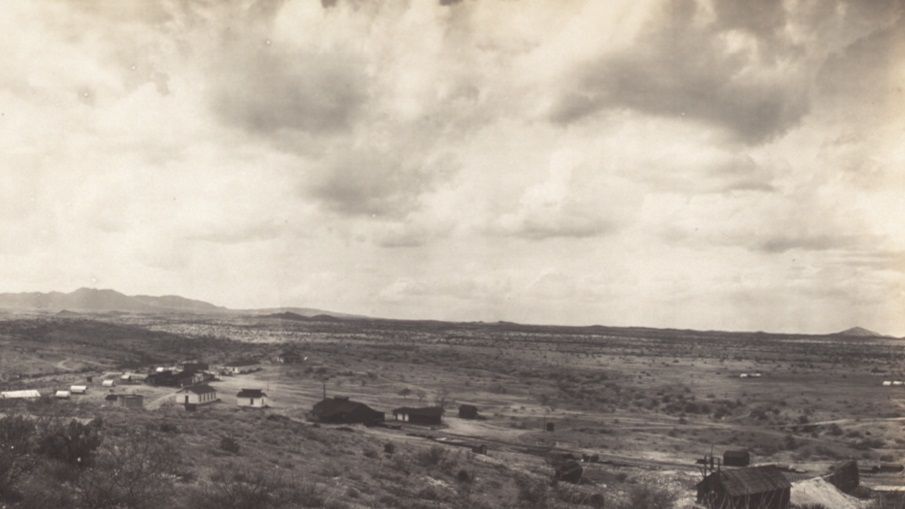 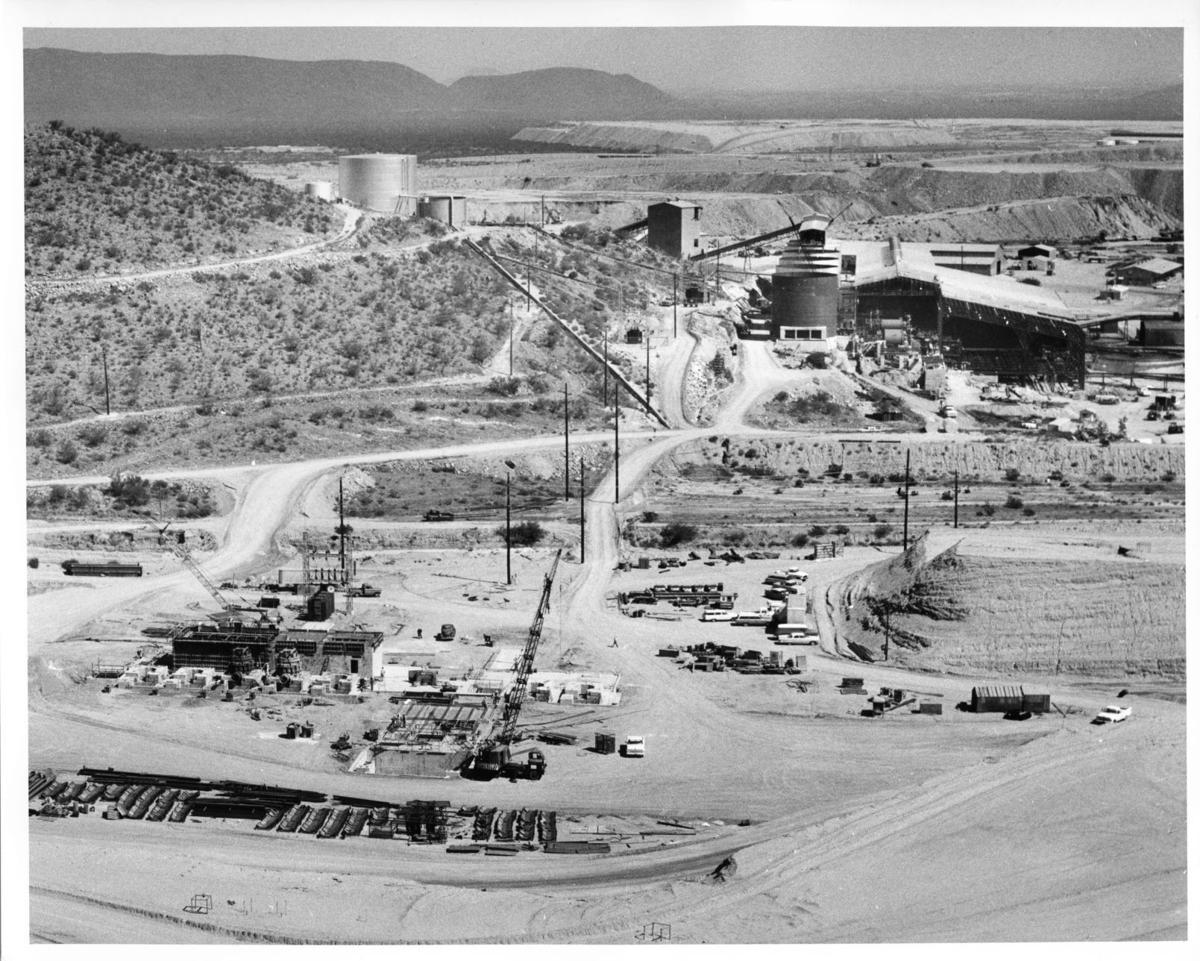 Ore was mined by electric shovels and loaded into trucks, then loaded on a mechanical vibrating grizzly. 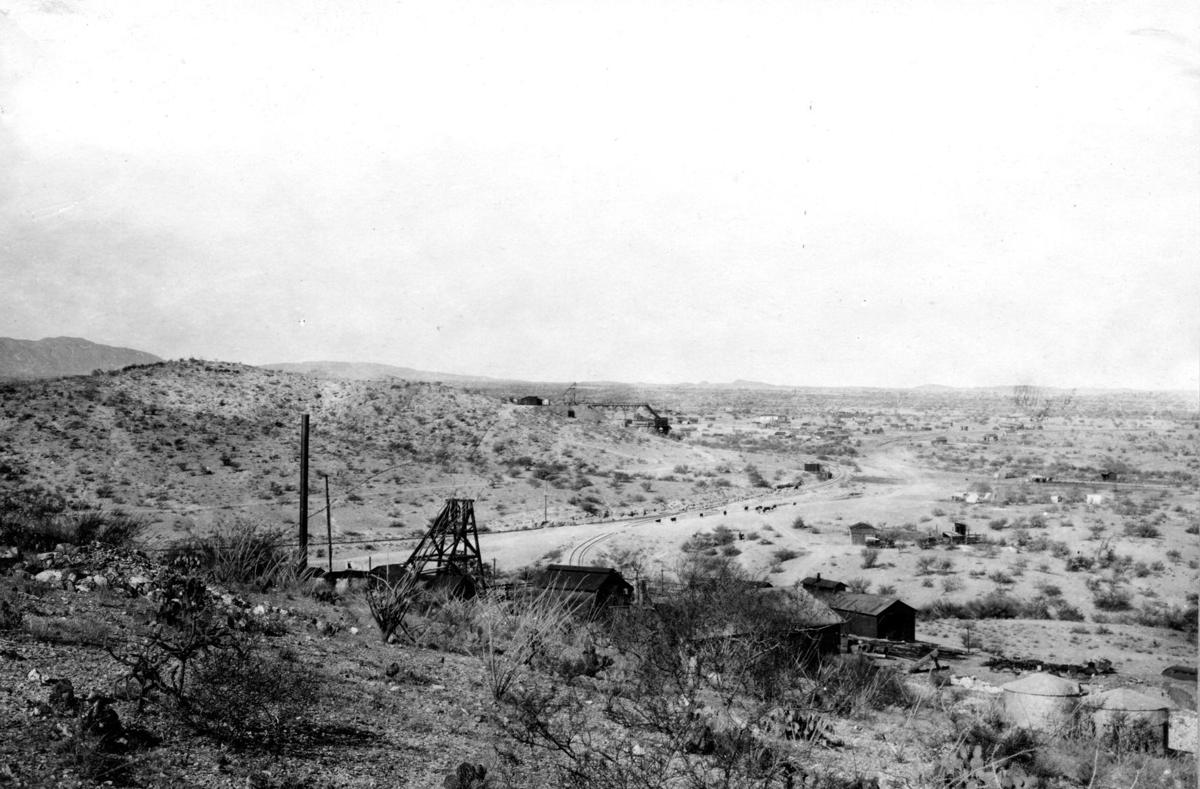 Looking northwest toward the Copper Queen Mine and the settlement of Twin Buttes from a point near the Copper Glance Mine circa 1920. The Sierrita Mountains appear in the distance, to the left. 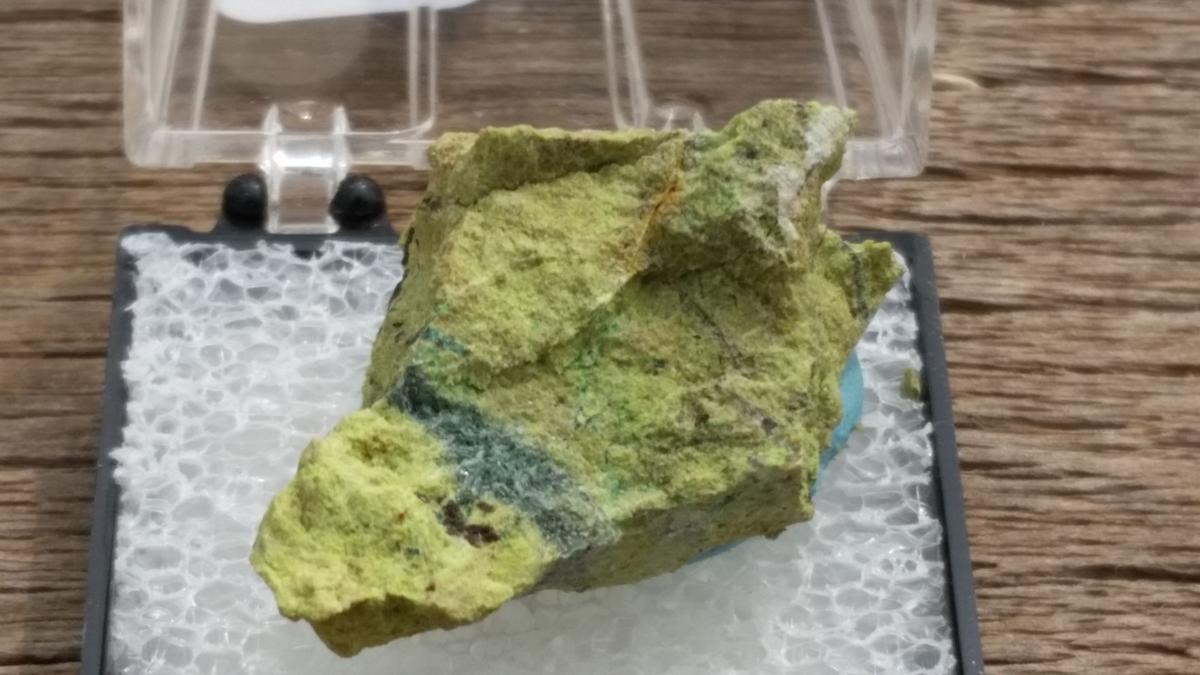 Nontronite found at the Twin Buttes Open Pit Mine. Uranium was also discovered in leach solutions from the copper solvent extraction plants at Twin Buttes.

That’s when four prospectors gophered surface outcrops of copper carbonates and transported the ore to Tucson by wagon.

The Twin Buttes Mining & Smelting Co., formed in 1905, exploited the property with a 28-mile standard gauge railroad to Tucson for ore transport and a smelter along the Santa Cruz River.

Underground operations reaching 900 feet in depth were at contacts of intrusive granite, with ore bodies discovered by the fissure veins to the contact zone. Limited production also occurred under multiple lessees including Ed Bush and William Foy.

By the early 1950s, the district’s recorded production was around $20 million from lead, zinc, copper, gold, silver and molybdenum.

Magnetic and electromagnetic surveys conducted by the Heinrichs Geoexploration Co. noted strong anomalies culminating in surface drilling and the discovery of substantial mineralization.

Banner needed financial assistance to develop the mine, and a long-term lease agreement with the Anaconda Co. in 1963 ensured the necessary capital was available to move forward.

The attractive low grade ore body lay beneath over 460 feet of sand and gravel, requiring the removal of 236 million tons of overburden to access.

The disposal of this and future waste material, though challenging, was resolved by using it in the construction of three terraced dams. They were formed to mirror natural mesas, to better blend into the natural desert landscape, while also used as banking for conveyor causeway, for impounding mill waste and for water recovery.

Beginning in 1965, the mine was established in four phases, comprised of exploration and development of the orebody, design and planning, initial mine stripping and erection of processing facilities, and production.

The implementation of a scraper-conveyor-truck system at a cost savings of $5.24 cents per ton ensured efficiency, reduced time table and required less man power in removing the alluvial overburden.

This proved to be the largest pre-production stripping project to date in the mining industry, with movement of rock comparable to that used in the construction of the Aswan High Dam in Egypt.

Due to the complexity of the ore body, conventional underground mining was not cost effective and the open pit method was preferred for consistency of ore grades and ease of extraction.

Jack Knaebel, vice president in charge of the New Mine Department for Anaconda, served as the architect and guiding force for the early development of the property. His team included Floyd J. (Pablo) Balentine and J.J. (Jack) Coile, both of whom had extensive mining and engineering backgrounds invaluable to the application of the technical resources necessary for the mine’s development.

From the beginning it was agreed that the open pit would consist of 50-foot benches and potentially reach 1 x 1 ½ miles at the surface with a depth of 1,800 feet.

Anaconda invested $200 million in the mine with a projected annual production of 60,000 tons of copper.

Ore was mined by 15 cubic yard electric shovels and loaded into 75- and 100-ton trucks, then loaded on a mechanical vibrating grizzly with 10-inch spacing over a 54 x 80 inch gyratory crusher inside the pit. From there it was transported outside the pit to the concentrator by conveyor belt.

The mine included 19 conveyor belts (totaling 37,333 feet) to move ore and waste rock from the pit.

One alone reached a length of 8,300 feet between the drive and tail pulleys, making it the longest known at the time single overland belt conveyor used in open pit mining in the United States.

Anaconda produced the first copper concentrate at Twin Buttes in 1969, which was subsequently shipped to Asarco’s Hayden smelter for further refinement to copper cathodes.

Four years later, the company partnered with AMAX Inc., which bought out Banner’s interest, forming the Anamax Mining Co. to operate and expand the Twin Buttes Mine.

Uranium was discovered in leach solutions from the copper solvent extraction plants at Twin Buttes. High uranium market prices initiated the investment in the erection of a uranium byproduct plant operation in 1980.

In 1988, Cyprus Minerals Co. acquired a long-term lease at the Twin Buttes Mine, which had an annual production capacity of 100 million pounds of copper a year.

Mining operations ceased in 1994. Freeport-McMoRan acquired the property in 2009 with future plans to explore the potential of profitable copper and molybdenum deposits in conjunction with its nearby Sierrita open-pit operation.

Across Pima County, 22,511 cases of coronavirus have now been confirmed, up 93 cases from the day before.

Phoenix-based Freeport-McMoRan says its profit rose 88% in the second quarter, as the average copper price received was up 70% from last year.

An aerial view of the open pit mine denoting the route of the conveyors to the tailings and mill.

Ore was mined by electric shovels and loaded into trucks, then loaded on a mechanical vibrating grizzly.

Looking northwest toward the Copper Queen Mine and the settlement of Twin Buttes from a point near the Copper Glance Mine circa 1920. The Sierrita Mountains appear in the distance, to the left.

Nontronite found at the Twin Buttes Open Pit Mine. Uranium was also discovered in leach solutions from the copper solvent extraction plants at Twin Buttes.