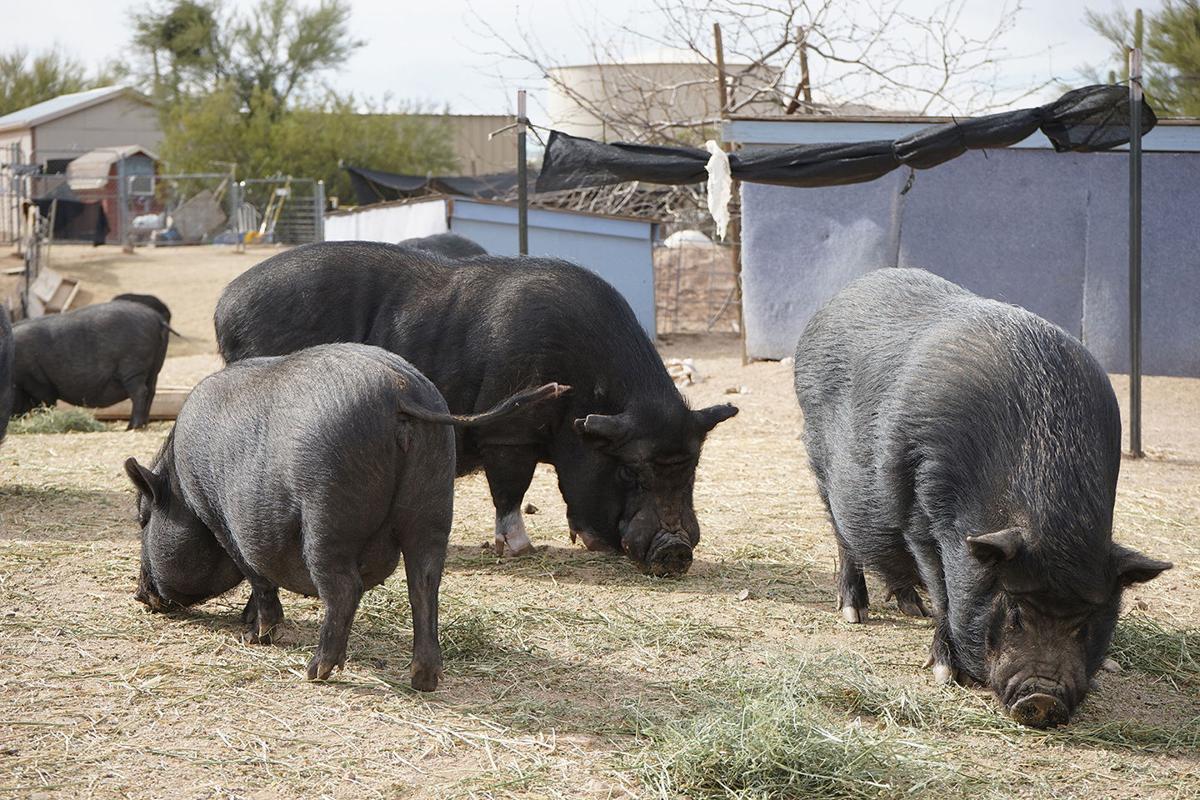 The Ironwood Pig Sanctuary in Marana houses more than 500 pigs, many of which have been given up by their owners. 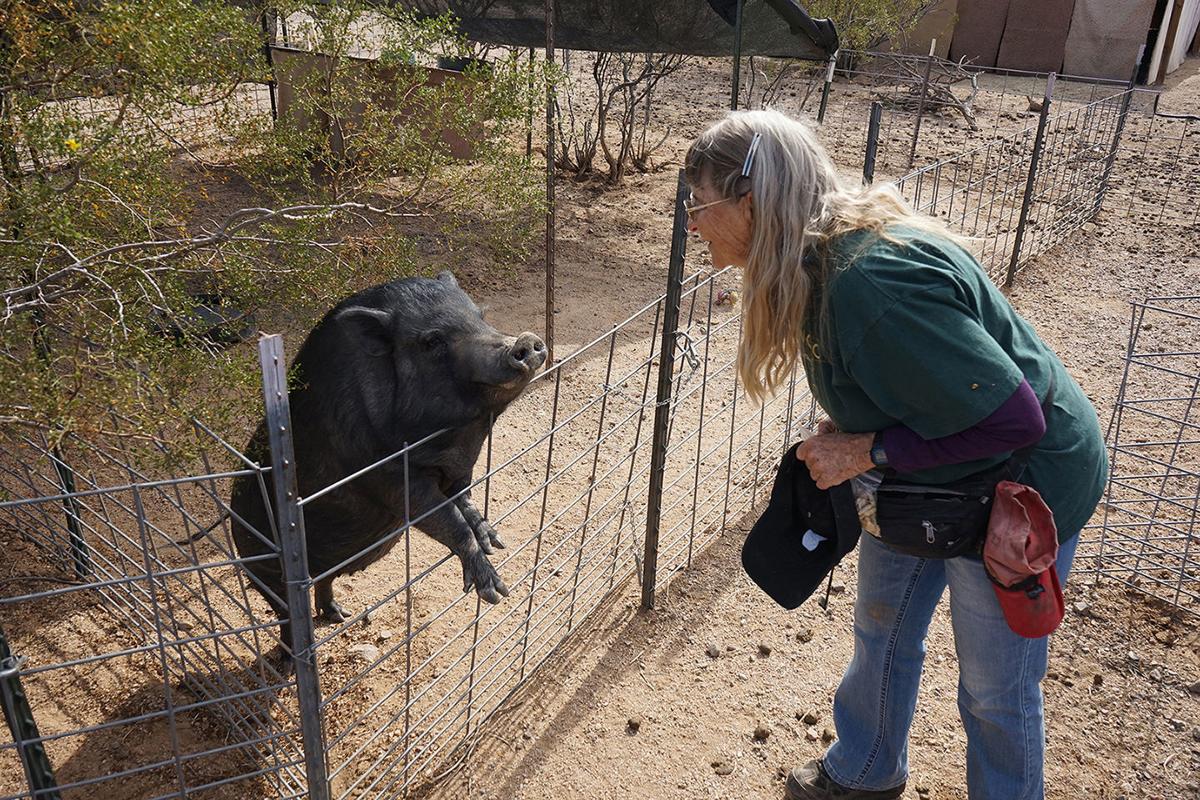 Mary Schanz, president of the Ironwood Pig Sanctuary, says people who order mini pigs don’t realize how big they get.

MARANA — Oatis the piglet was smaller than Bryanna Tinsley’s head when she purchased and shipped him from Texas. Tinsley said the pig now weighs about 120 pounds.

Tinsley, who lives in Avondale, is one of many people who have purchased “miniature” pigs as pets under the impression they would remain relatively small. And she feels duped.

Because the government only lightly regulates the sale of the animals, it’s difficult to track just how many people share her experience.

When the animals grow to nearly 200 pounds and start digging, biting and needing expensive medical care, some customers find themselves overwhelmed. Tinsley said when Oatis got bored, he would tear up her tile and carpet and tried to knock over her fence, adding to the cost of a pet for which she paid about $1,000.

That’s because “miniature pig” is a misnomer. By and large, these are regular potbelly pigs rebranded as an exotic diminutive species, one Arizona pig advocate said.

After five years, Tinsley could no longer care for Oatis at her home, so she moved him to Ironwood Pig Sanctuary in Marana, an institution that cares for pigs without owners. Ironwood is the only pig sanctuary in Arizona.

Mary Schanz, co-founder and president of the nonprofit sanctuary, said that over the last year, she’s seen a rise in the number of pigs donated by people who believed they were buying “mini” pigs.

Ironwood houses more than 500 pigs on about 20 acres. Many of the pigs have special dietary or medical needs. Schanz said most pigs come to the sanctuary after a move or divorce by the owners, but that trend is changing.

“This past year, almost all the pigs we are getting are either strays … or people calling us that have gotten a pig, and they had no idea what they were getting,” Schanz said. “They were told it was going to be a micro-mini pig, and it has gotten too big.”

She said breeders continue to produce pigs even if there isn’t enough demand to meet the supply.

Some businesses start breeding pigs the moment they become fertile to show customers how small the parents are, despite the dangers of pregnancy for pigs that young, Schanz said. Tactics used to keep pigs small and more marketable, such as underfeeding, can lead to organ failure and early deaths, she said.

“They tell them to feed them a quarter-cup a day, an eighth-cup in the morning an eighth-cup at night and a few vegetables,” Schanz said. “They’re literally starving these animals to death.”

Felicia Thompson, a spokeswoman for the Better Business Bureau of Arizona, said the organization could not find any complaints related to “mini” pig breeders.

In the absence of government regulation, some pig breeders across the country organized to attempt to impose restraints by forming the American Mini Pig Association. The Idaho-based group accredits breeders who conform to its standards and register their pigs.

While many businesses in Arizona claim to offer “mini” pigs, only one is registered with the association, Lil’ Smokies Julianas in Queen Creek, according to the group’s website. The owner, Ashley Aakre, said she recommends her customers do research before buying a pig.

“What I always say is don’t believe any breeder, not even me,” Aakre said. “What you should do is find an independent, third-party regulation authority like the American Mini Pig Association or the Breeder’s Co-Op and do your research there.”

Potbellied pig sanctuary in Marana had its annual open house on Nov. 14, 2015

The spiny little critters have been removed from the list of restricted wildlife.

Thousands of Sandhill cranes roost in the Sulphur Springs Valley.

Organizers said targeting predators is good for all wildlife.

You might spot the birds at lakes and ponds in parks around town.

The Ironwood Pig Sanctuary in Marana houses more than 500 pigs, many of which have been given up by their owners.

Mary Schanz, president of the Ironwood Pig Sanctuary, says people who order mini pigs don’t realize how big they get.