After Curt Tyler’s air conditioner broke down five years ago, he decided to rely on a swamp cooler to save money. Now he frequently swelters inside his own house — while saving more than $100 a month on his power bills.

Air conditioning is becoming more vital as temperatures rise in the Southwest’s desert cities. That’s pushing up household utility bills and putting safe and comfortable levels of cooling out of the reach of some.

Tucson, Phoenix and Yuma were among the 10 locales that experienced the greatest increases in the amount of cooling required in recent decades as temperatures have risen, according to a new analysis of 244 U.S. cities.

“I’ve come home and it feels hotter inside than it does outside,” said Tyler, a food and beverage manager at a Tucson hotel. He lives on the north side and sometimes goes to watch a movie to cool down, or blows a fan over cold bottles to provide relief. “The top three worst things about having a swamp cooler: June, July and August.”

The new analysis, by Climate Central, a nonadvocacy group that researches and reports on the changing climate, examined the frequency and extent to which temperatures exceeded 65 in major cities each year — an optimal temperature for human comfort.

The amount of air conditioning that a resident of Tucson would want to use each year was found to have increased by a little more than a third since 1970. Nationwide, more than nine out of every 10 cities analyzed were found to have experienced an increased demand for cooling.

The demand for air conditioning is expected to keep rising with the temperatures, requiring more electricity to be produced and releasing more of the pollution that’s causing the warming. Governments worldwide are taking steps to shield the climate from heat-trapping pollution, as the Trump administration dismantles federal protections.

Tucson temperatures have risen more than 5 degrees during the past century.

“We’ve replaced natural vegetation and reflective desert surfaces with asphalt and buildings and materials that absorb and retain heat,” said Gregg Garfin, a climate expert at the University of Arizona. “Throw into that cocktail temperature increases due to climate change, and you’ve got darn hot cities.”

Households in Arizona, New Mexico and Nevada already spend $400 a year on average on air conditioning — almost double the national average, according to U.S. Energy Information Administration data. During winter, they’ve always saved money on heating compared with other regions.

Lisa Adams, who runs Waverly House Adult Care Home in the historic Catalina Vista neighborhood, home to seven residents, runs air conditioning during the hottest times of the year. She switches the facility to a swamp cooler to save $500 a month in electricity costs in cooler months.

“It’s cheaper to run the swamp cooler,” Adams said. “We run it until the humidity gets too high.”

Increasing heat worsens health risks among those who can’t afford cooling — and it creates hazards for others during blackouts, the risks of which increase during extreme heat. “During the summer the local grid is certainly put to the test,” said Joe Barrios, a spokesman for Tucson Electric Power.

The risks of going without air conditioning in high temperatures can be severe, particularly for those who are frail or elderly, unborn children, and those addicted to drugs or alcohol.

“It can range from just feeling lethargic and having a headache and move toward more severe signs,” said Jennifer Vanos, a scientist who investigates links between the climate and health and is about to start a position at Arizona State University. “You can pass out and have damage to your organs, and of course death is a potential.”

Even as outdoor heat has increased, deaths from exposure to it have been declining. Researchers suspect Americans have become more aware of the risks and better at avoiding them. “People might be heeding the warning messages,” said David Hondula, a climate and health scientist at Arizona State University.

As temperatures keep rising, and with the demand for air conditioning, Hondula warned that those reductions in death rates may yet be reversed. “It’s unknown to what extent those adaptations can work moving forward,” he said.

With the need for air conditioning rising, new efforts are being introduced to protect city and county residents from extreme heat during blackouts. And charities provide cooling centers for the homeless and occasionally lend a hand to families that can’t afford their cooling bills.

“We certainly do see a spike in the summer with people requesting help with their Tucson Electric Power bills,” said Connie Trecartin, a deacon at the South Side Presbyterian Church. “They’re a lot higher than they are in the rest of the year.”

Pima County recently updated its emergency protocols and it plans to use libraries as evacuation centers during fires, floods and prolonged blackouts in high temperatures. Victims of disasters will be treated and supported at the facilities.

If a prolonged blackout affects a portion of the county, Louie Valenzuela, who manages public health emergency preparedness efforts for Pima County, said residents may be bussed from one library to another one that has power. “Our libraries are strategically placed,” he said.

Separately, a program of Physicians for Social Responsibility emphasizes neighborliness to help neighborhoods prepare for prolonged blackouts during bouts of extreme heat, like identifying the most vulnerable residents and locations nearby where they could keep coolest without power.

“For those of us who have lived here a long time, we’ve learned to adapt to some extent — but we’re highly dependent on air conditioning,” said Barbara Warren, the volunteer executive director of the Arizona chapter of the national nonprofit, who helped develop the program.

“A lack of social cohesion in a community or neighborhood leads to much higher risks of death,” Warren said. “We’re finding that in many of the communities we’re working in, there isn’t a lot of social cohesion.”

This story was produced and published in partnership with Climate Central, a non-advocacy group that researches and reports on the changing climate. Go to climatecentral.org to learn more about the organization.

ASU researchers bolstered their study that showed the critters hatch in the fall and stay put in the nest until spring when food is more readily available.

They'll try to convince the state's high court that at least some businesses have a constitutional right to refuse to sell services and products to gays.

Monsoon rains cause massive train derailment at I-10 in Marana

Tucson artist creates mosaics from the stickers on your apple

Joan Davidson has turned her twin passions for art and recycling into a unique medium.

Ready to beat the summer heat? 7-Eleven has you covered with free icy treats! Wednesday, July 11, 2018, is the unofficial summer holiday we’ve all been waiting for: 7-Eleven Day — also known as Free Slurpee Day! Stop by any participating 7-Eleven convenience store on July 11, between 11 a.m.

Plan by regulators to require 80 percent clean energy would force closure of coal-fired plants at Spingerville.

Nine residents in hospice or in need of round-the-clock care were found in triple-digit heat inside the midtown home. 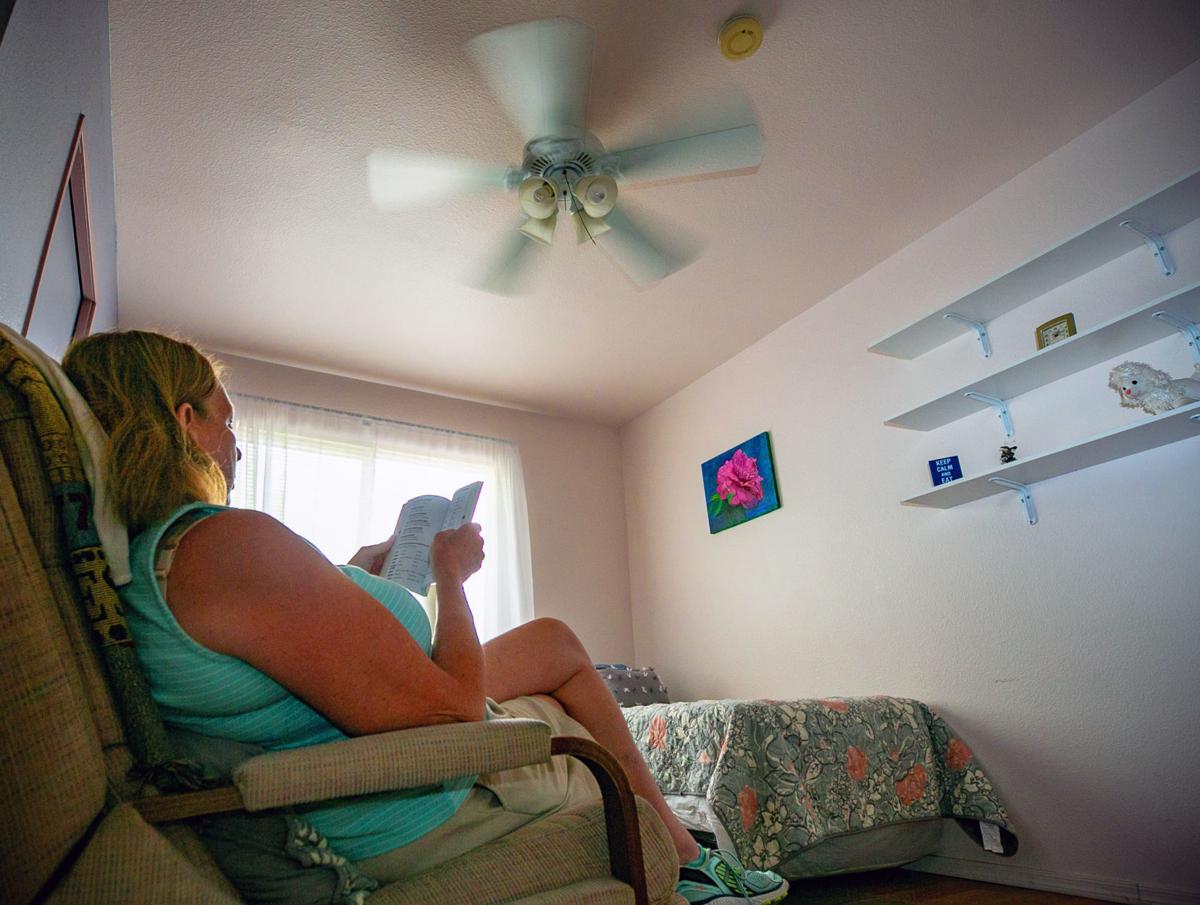 An analysis of 244 U.S. cities says Tucson is among the top 10 places that have the biggest increases in cooling required. 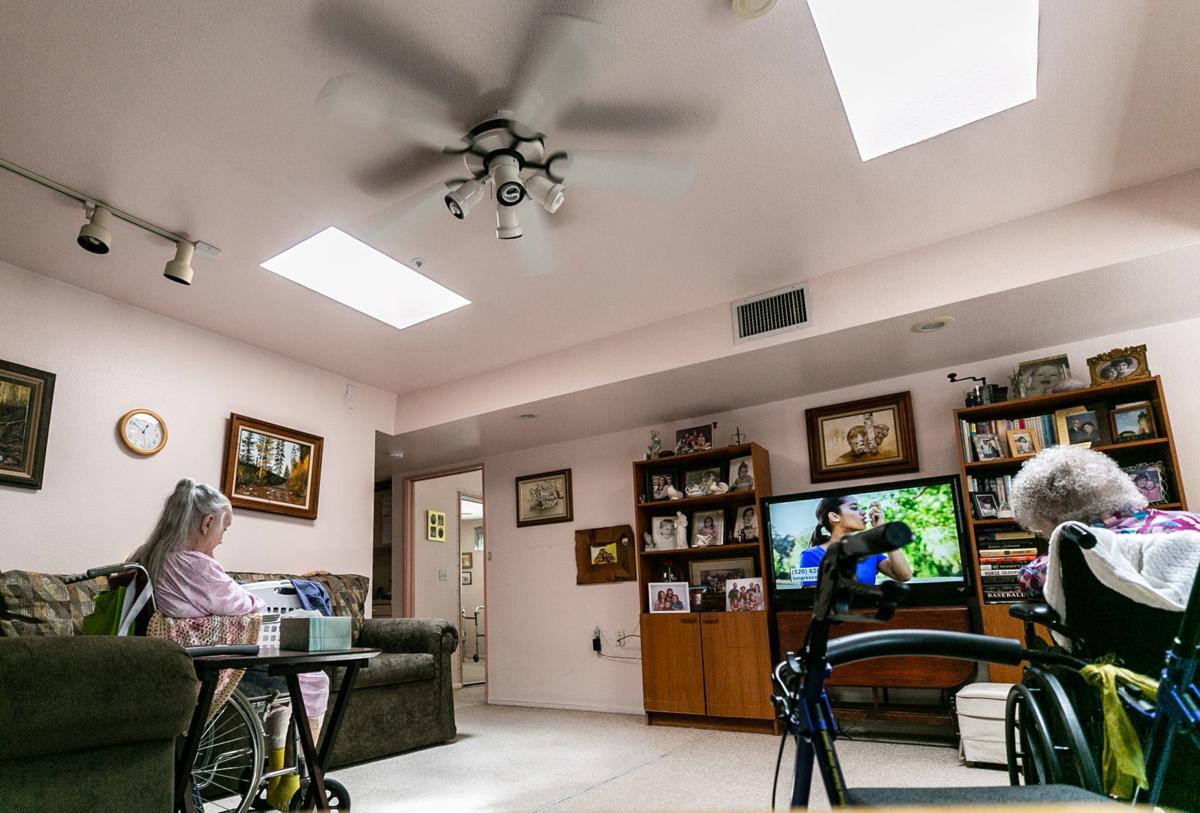 Waverly House Adult Care Home uses air conditioning during the hottest times but then switches to a swamp cooler.