Neto's Tucson: A grass-roots haboob is coming
Share this
1 of 2 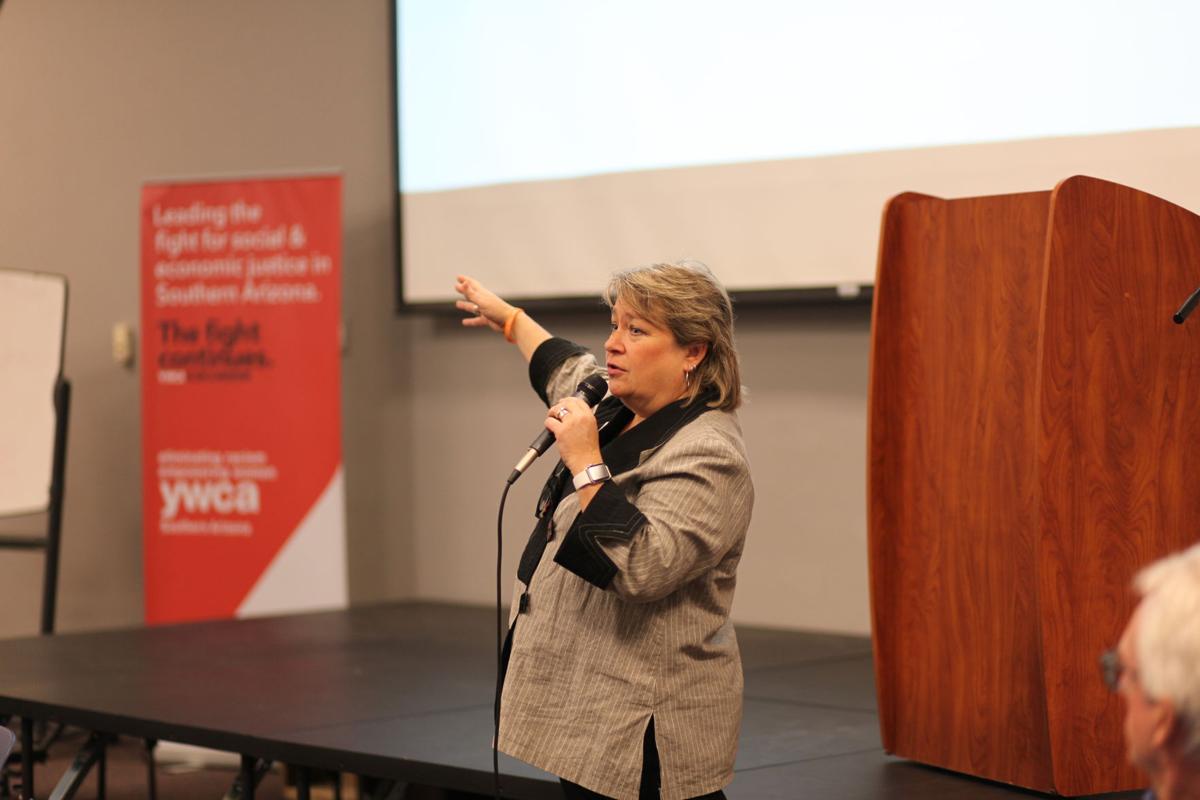 Kelly Fryer, CEO of YWCA Southern Arizona, talks to an audience for the kickoff of #OperationHaboob at the Frances McClelland Community Center, 525 N. Bonita Ave. 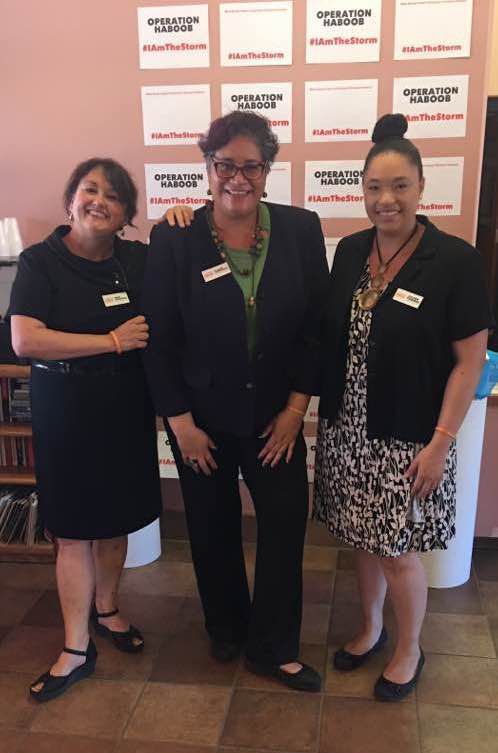 A haboob is coming.

Not the monstrous dust-carrying kind that fills television newscasts and social-media pages. It’s a haboob of a different kind that won’t make the evening news but instead is intended to envelop Arizona’s communities with a message of change and action.

YWCA Southern Arizona is spearheading #OperationHaboob, a public campaign through the organization’s Stand Together Arizona Training and Advocacy Center or STAT. The goals are to get people to vote, to get involved, to push for change in policies and politicians, to improve the health, education and lives of Arizonans.

That’s a tall order, but the YWCA is committed to finding common ground among the various constituencies and communities in Arizona.

“Our approach is about shared values,” said Mari Herreras, YWCA’s director of organizing and advocacy.

The YWCA in Maricopa County is taking part in the campaign as well as some 40 organizations and groups statewide.

Locally #OperationHaboob will hold “community huddles” to solicit ideas and engage residents. The first of these will be held Saturday, Oct. 21, at Woods Memorial Library, 3455 N. First Ave., from 10:30 a.m. to 12 p.m.

In addition, YWCA organizers will travel across Arizona to smaller cities and rural towns to bring more people into the discussion. The organizers aim to create a critical mass, generate a groundswell, foment an attitude that change can and must occur in Arizona.

One priority on policy change will be education. It’s no secret that Arizona ranks near the bottom nationally in spending for public education. It’s become a state tradition to cut school funding, and resist efforts to stop the bleeding and to restore funds. At the same time, corporate tax cuts have reduced revenue to the state, leading to a projected budget shortfall of more than $100 million for the current and next fiscal year, according to the Legislature’s budget analysts.

And rather than reverse the tax cuts, Gov. Doug Ducey insists that discussion on corporate tax increases is a non-starter.

At the kickoff two weeks ago at the Frances McClelland Community Center on North Bonita Avenue, Kelly Fryer, CEO of YWCA Southern Arizona, stirred the audience with a call to action.

“Women have always done what it takes to take care of our families and children,” she said. “We’re making a robust choice that we can co-create a new future for our state. We’re going to take Arizona by storm.”

Other speakers, representing various groups, talked about shared goals and ideals. They said the campaign will also conduct research, collect information and share that with people in its outreach. Additionally, #OperationHaboob will recruit candidates for local and state political offices. Change can’t happen without changing those who make the decisions.

While other efforts exist to reach similar goals, #OperationHaboob is not meant to replace or take away from other citizen-driven initiatives.

“This is not a replication but an augmentation,” said Community Outreach & Education Director Liane Hernandez.

While STAT will rely on old-fashioned face-to-face contact, the campaign will extensively use social media. Currently STAT is asking people to take an online survey in English and Spanish:

The campaign also has created videos about #OperationHaboob:

The organizers emphasized that #OperationHaboob is not partisan. It’s not about Republicans or Democrats. It’s not about women or men. It’s about Arizona families and creating legislative policies that benefit families through participation in public discourse and through the ballot box.

“People see that there are consequences for the lack of political participation,” Hernandez said. “We’ve been disconnected from that.”

It’s STAT. It’s time to connect. And it’s going to take a haboob to get it done.

Ernesto Portillo Jr. is editor of La Estrella de Tucsón. He can be reached at 573-4187 or netopjr@tucson.com. On Twitter: @netopj

Two years ago, Cecilia Arosemena, who was born in Mexico but who has spent most of her life in Tucson, became a U.S. citizen. She didn’t regis…

When Laura Penny got the chance to head up a local foundation that helps women, she didn’t flinch.

Death toll higher if you include health effects.

Arizona basketball: On Jackson-Cartwright's injury, the unknowns, and some levity

Here's the rundown from Arizona's visit to Pac-12 media day on Thursday, as Sean Miller, Allonzo Trier and Dusan Ristic stepped into the spotlight.

Tate is expected to make the second start of his college career Saturday when the Wildcats take on UCLA. A lot has changed since the first one.

Greg Hansen and Star sports editor Ryan Finley talk about what it was like in Boulder for UA quarterback Khalil Tate's historic performance, h…

Neto's Tucson: Son's memoir honors mother who raised 6 children on her own

“The Tortilla Maker” tells the story of a determined, successful immigrant family.

Neto's Tucson: Sabino Gomez was a master of Mexican breads and pastries

He quietly devoted his time and talent to creating delicacies.

Christmas came about a week early for about 70 immigrant Latinas.

Kelly Fryer, CEO of YWCA Southern Arizona, talks to an audience for the kickoff of #OperationHaboob at the Frances McClelland Community Center, 525 N. Bonita Ave.