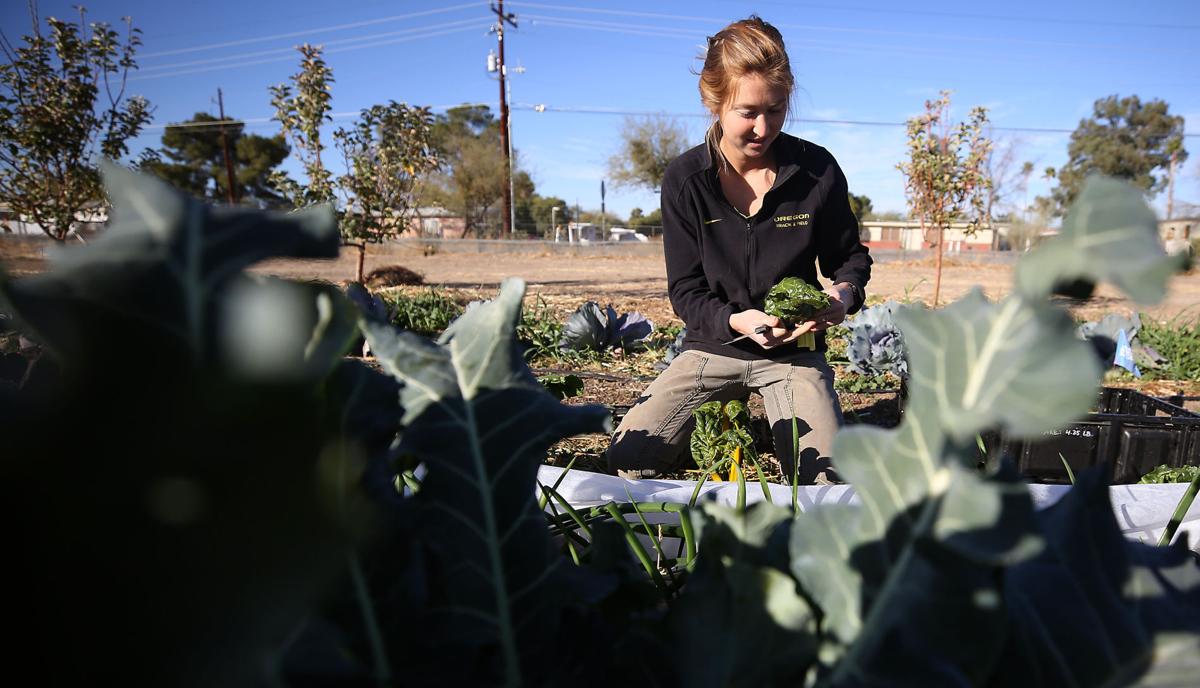 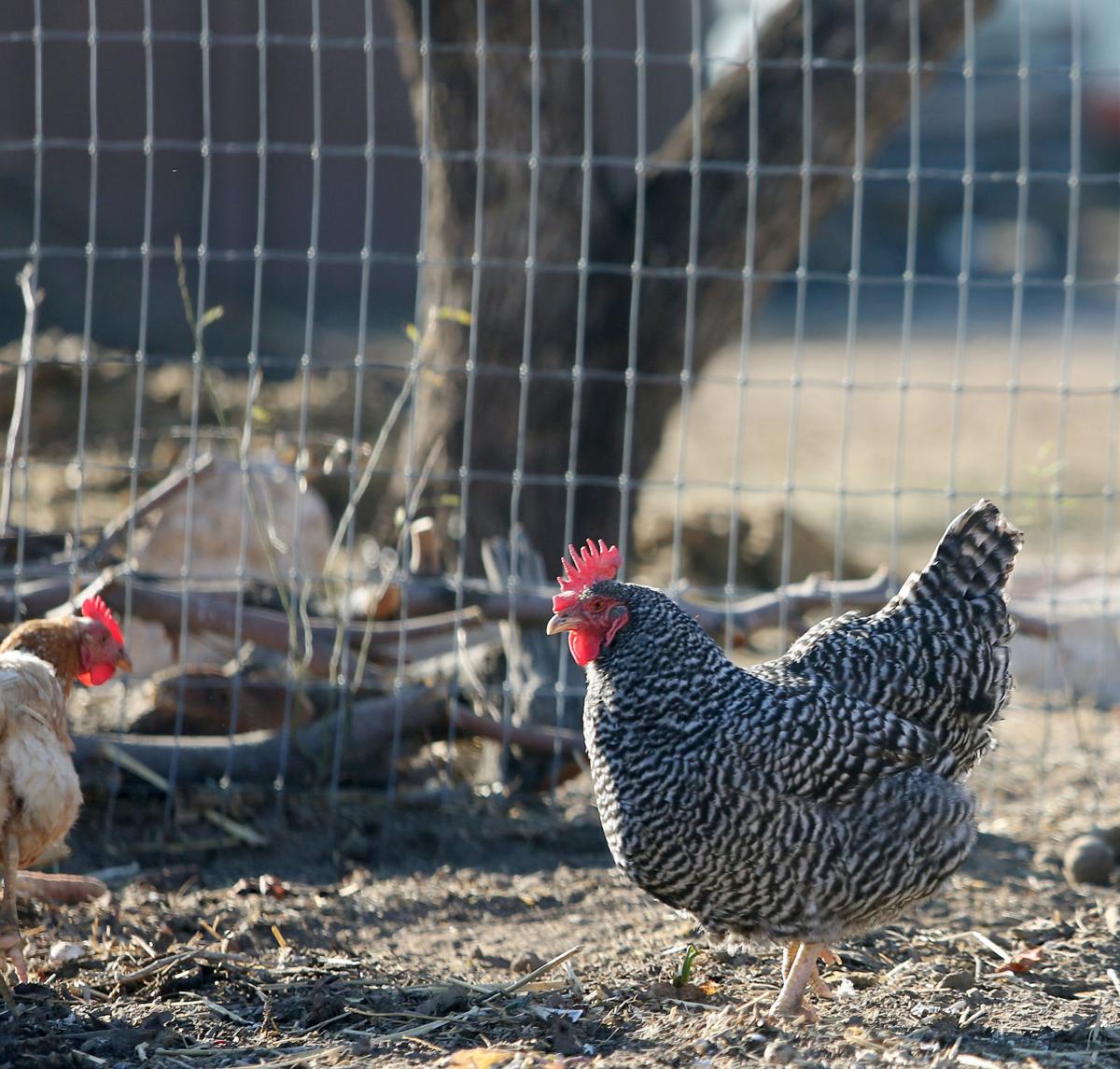 I don’t have a green thumb but I’m a proud gardener. I don’t know much about planting green things but in our garden we have kale, beets, turnips, several different lettuces, cilantro, peas and other seasonal goodies.

I didn’t know that gardening in the desert could be this easy.

Since late summer, my plant-savvy wife and I have tended to a small plot, which we share with a friend, at Las Milpitas de Cottonwood Community Farm, a 6-acre communal garden on the west bank of the Santa Cruz River south of West Silverlake Road. The garden is a project of the Community Food Band of Southern Arizona.

It’s an oasis. It’s a place where not only vegetables and other plants grow but community as well. It’s where people share their knowledge, where people learn other gardening-related skills and where tranquility is found along the rows of planted goodness.

Being part of Las Milpitas requires relatively little from the gardeners. The garden provides irrigation, tools, plants and seedlings, assistance and classes — at no cost. Gardeners plant and maintain their plots, and volunteer in other areas of the garden.

Like a number of Tucsonans, Albrecht tried gardening in his backyard. But his gardens, which came and went in phases, never really took off, he said.

Backyard gardening in the desert takes time, diligence, and lots of trial and error. While some people are successful with their Tucson gardens, full of leafy greens, tomatoes, peppers and stuff that grows underground, there are more people like Albrecht who find that the unforgiving desert makes gardening difficult.

The garden takes its name from the milpas, the small parcels along the Santa Cruz River that early Tucsonenses used to grow beans, squash and other vegetables. Even before the European colonization, indigenous people planted their crops for thousands of years where Las Milpitas is today.

In 2006, City High School, a downtown charter school, leased some county-owned land along Cottonwood Lane to begin a garden project. Teachers and students began to grow native plants and vegetables and learned about water harvesting. In 2011, the school and the Food Bank joined together, which opened the garden to expansion.

The overarching goal is to make gardening accessible to everyone, said Elena Ortiz, the community engagement coordinator for the Food Bank. Another sweeping goal is to teach more people about gardening who can then share their enthusiasm and knowledge with family and friends.

The garden currently has about 80 plots but no more than 60 are in different levels of use, said Ortiz. City High School students continue to attend to their garden plots and students from as far away as Sahuarita regularly work in the garden, she said.

A majority of the gardeners are women and increasingly more young people have started growing their veggies, she added. Classes and assistance are available in Spanish.

In addition to the garden plots, Las Milpitas devotes sections to composting, raising chickens, a green house and tool sheds, a kids’ play area and garden areas that produce vegetables which are sold at the food bank’s farmers market or used at its community kitchen, Caridad, where meals for the homeless and others are prepared.

Las Milpitas offers classes on all facets of gardening — planting, composting, irrigation, harvesting. Gardeners can learn why lettuce bolts, and can pick up recipes on cooking kale. Even nongarden events are held, like morning yoga classes.

The garden is also a place of healing and personal introspection.

Rosalva Romero Miranda, an employee of the food bank, works with a small circle of women who use gardening as therapy. The women grow medicinal herbs.

“We use innovative techniques as well as traditional methods,” she said about the group’s healing therapy.

Gardening at Las Milpitas offers a respite to my daily, often nonstop routine. It’s a place where my wife Linda can take her grandsons, Miguelito and Elian, to play in the dirt and know that produce does not come from Safeway.

It’s a place where I can learn and grow alongside the veggies.

Amanda Castillo, who grew up there, calls Canoa a Mexican-American Ellis Island.

Urban chickens are a whole lotta fun and their numbers are growing.

The Sonoran desert park for the Rio Nuevo downtown redevelopment and revitalization district was proposed in 2013.

Neto's Tucson: For the love of boleros, Frank Perez sang

Frank Perez of the Hermanos Perez kept alive the rich tradition of the Mexican bolero songs.

Christmas came about a week early for about 70 immigrant Latinas.

Neto's Tucson: A sacred promise to a mother and to La Virgen

For more than 50 years, family and friends have gathered at a Tucson home to venerate La Virgen de Guadalupe on her Dec. 12 feast day.

The Afro-American Heritage Museum on South Park Avenue is on the road to closing its door. Its owners are looking to sell their collection.

Sorry to rain on everyone's parade but it's too early for the chubascos. 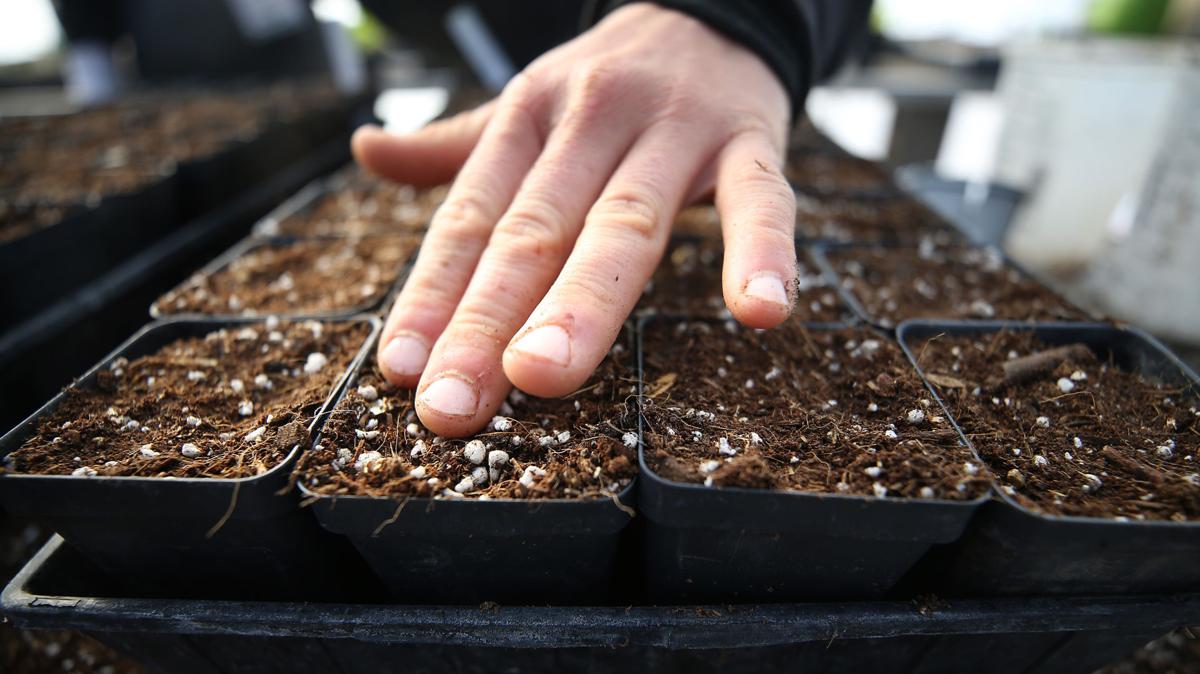 Broccoli harvested from the Las Milpitas Community Garden sit in a cooler on January 25, 2018. Some of the produce harvested is sold at local farmer’s markets. 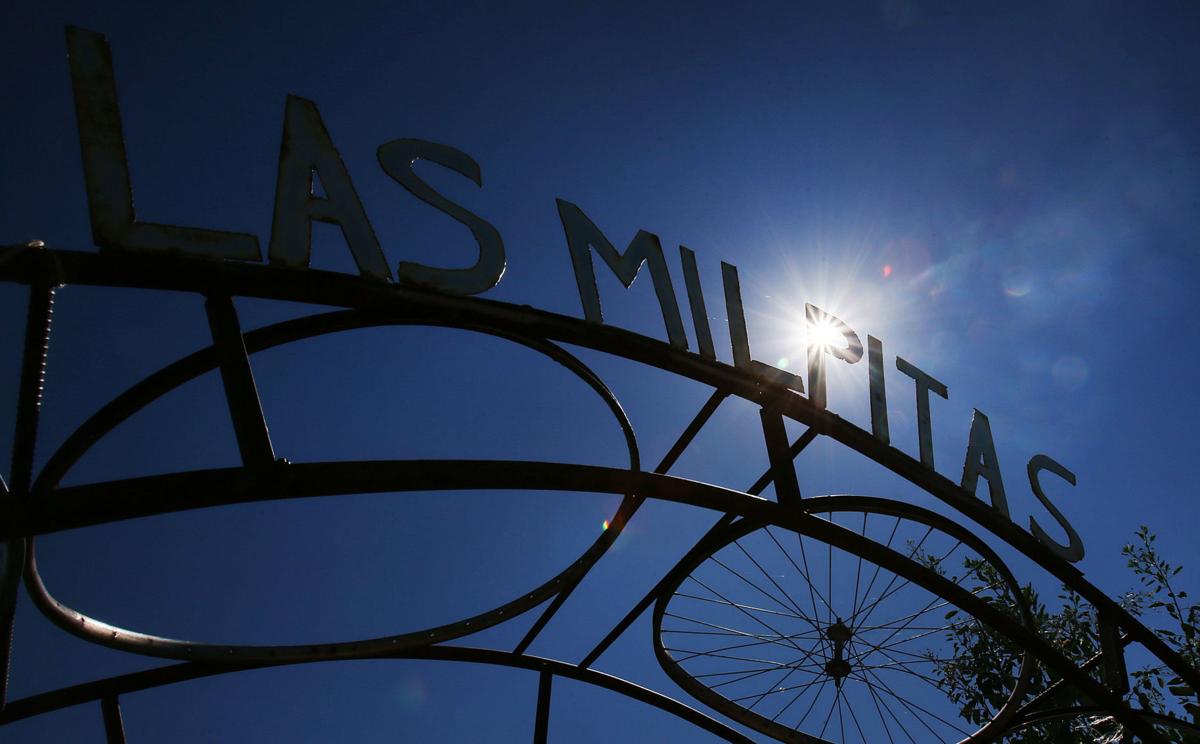 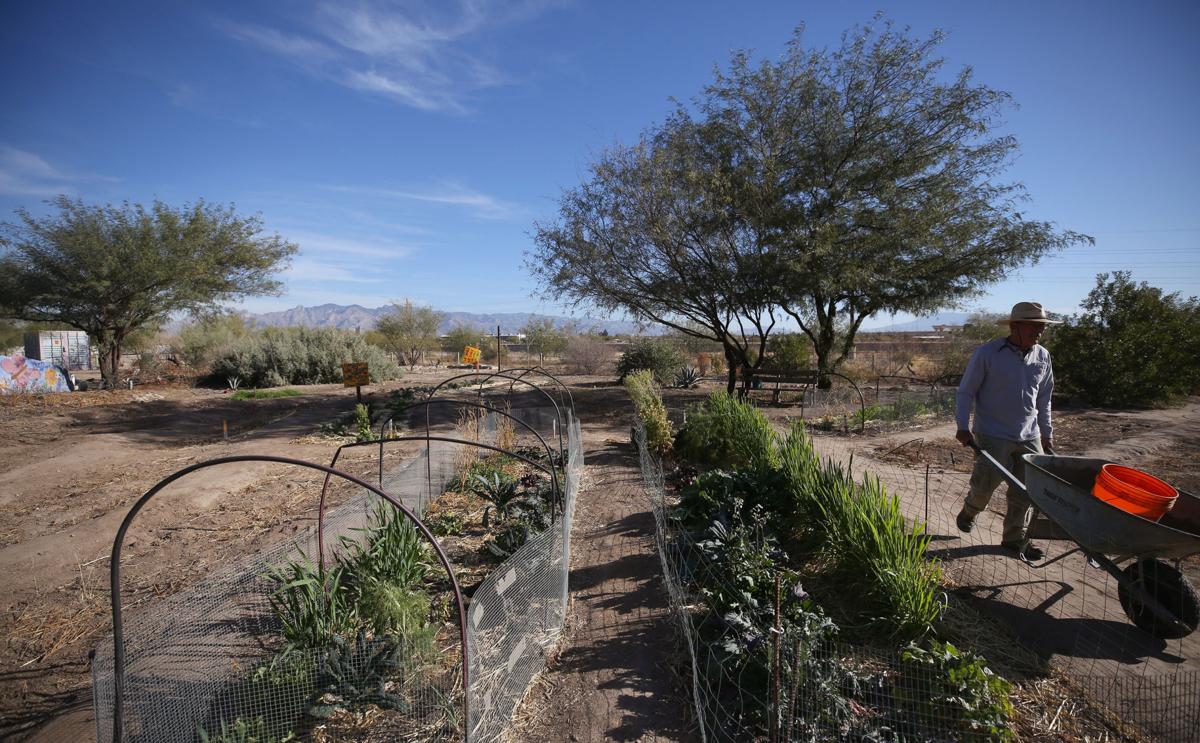 Las Milpitas Community Garden is a six-acre farm located at 2405 S Cottonwood Lane. The farm provides materials and support for local residents to grow their own food. January 25, 2018. 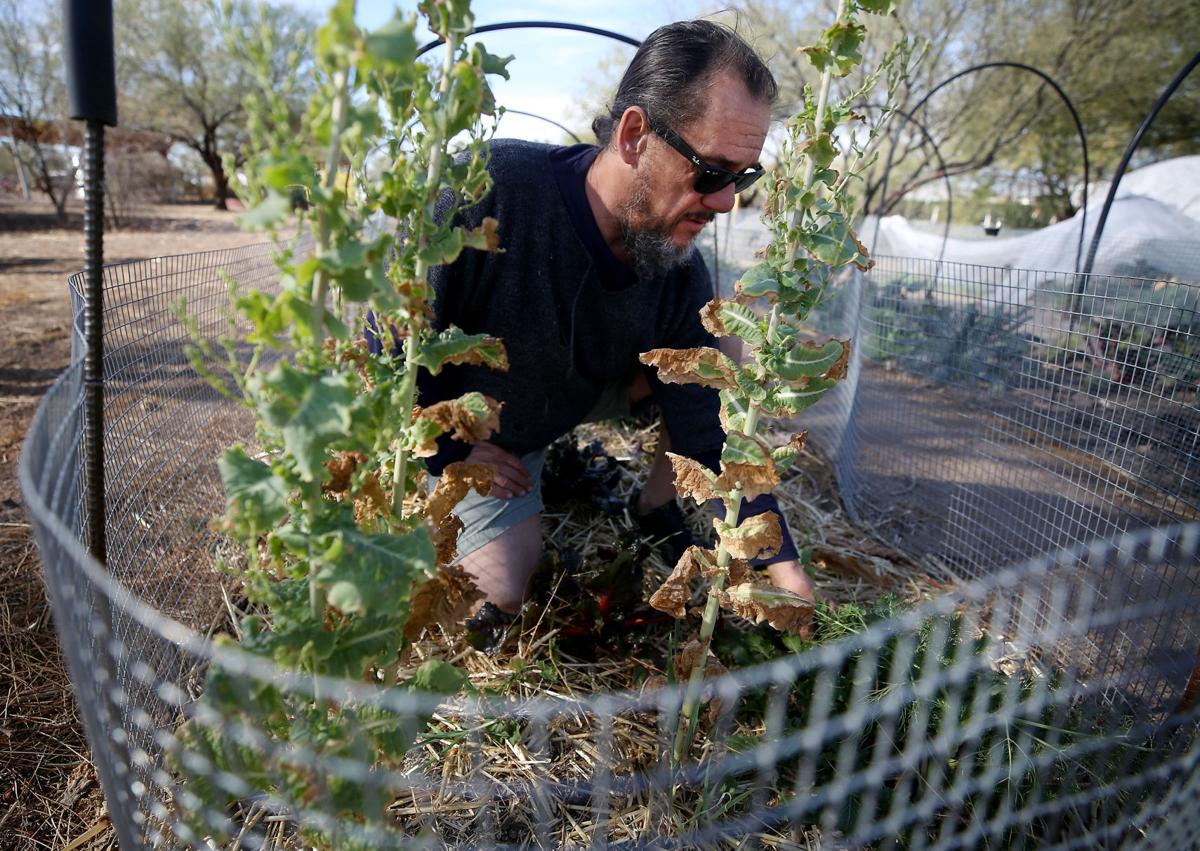 Tony Paashaus has had a plot at Las Milpitas Community Garden since the Fall. Paashaus grows kale, beets and cilantro amongst other vegetables in his plot. January 25, 2018.