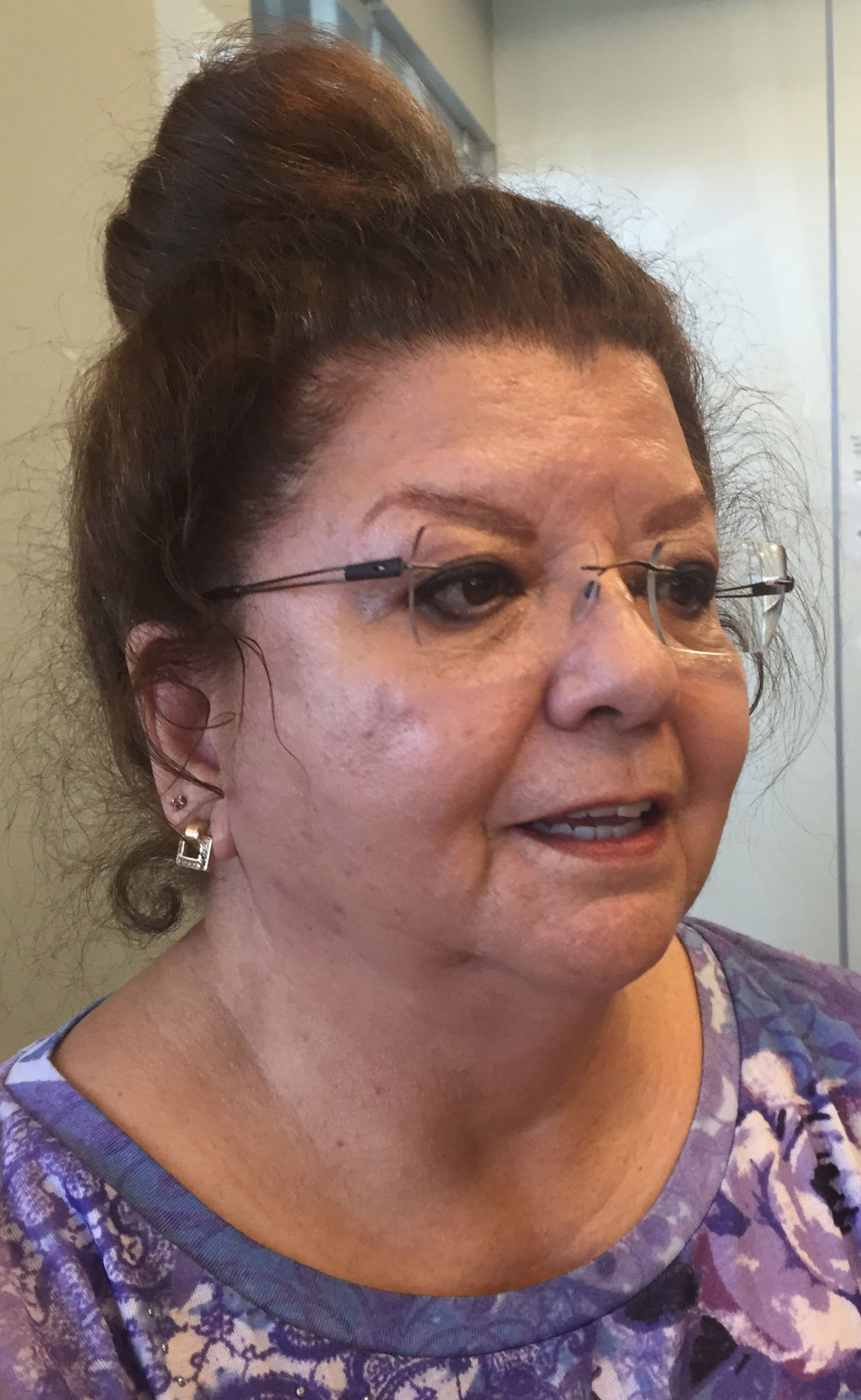 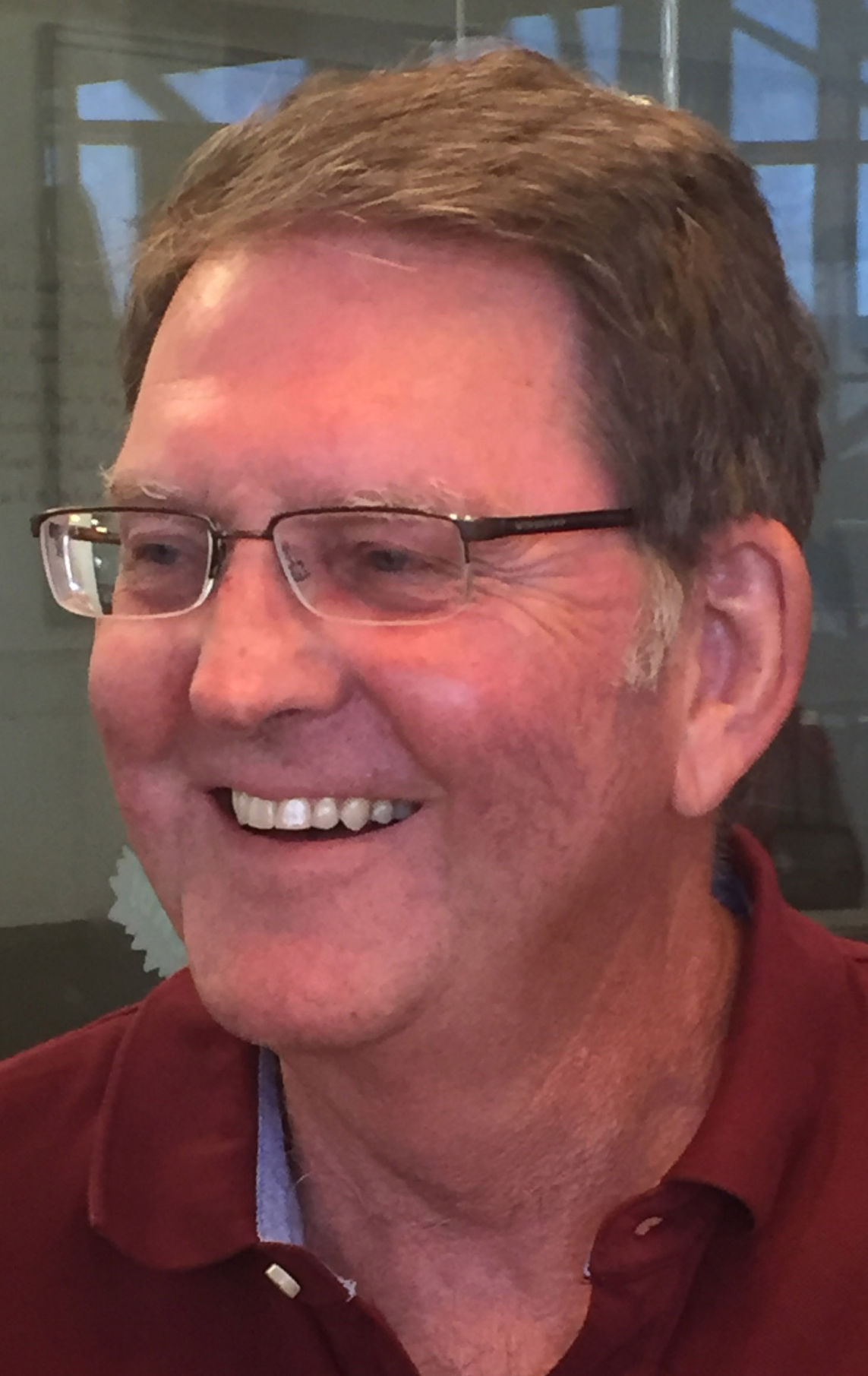 Tom Herrick, a retired building contractor, has been a volunteer docent at Mission San Xavier del Bac for the past five years. He is director of docent training, a program of the Patronato San Xavier, the mission’s support group. He is recruiting new docents for the next training class on Oct. 12 at the Mission’s St. Clare Room. Photo taken June 17, 2016. Ernesto Portillo Jr. / Arizona Daily Star

A docent since March.

For several generations, the family of Olivia Gallego has worshiped at Mission San Xavier del Bac. There’s another connection, too: A great uncle was an architect who worked on a restoration project 60 years ago.

The mission is personal to her. And she wants others to know its history.

Since March, Gallego, a retired Tucson Unified School District teacher, has volunteered as a docent, giving tours to visitors to the mission, considered the best example of Mexican Baroque architecture in the country.

“I have a dedication and love for San Xavier,” she says, “and for St. Francis Xavier,” for whom the mission is named.

The docent program is 5 years old and currently counts on 57 active volunteers, said Tom Herrick, a docent and director of docent training.

The docent program is a child of the Patronato San Xavier, the 38-year-old nonprofit that sponsors restoration and preservation projects for the church, which is more than 200 years old.

Herrick, a retired building contractor, called the docents “the missionaries for the mission.”

The docents are a mix of native Tucsonans, transplants and winter visitors.

Training consists of nine weekly classes, shadowing active docents while they give tours and reading training materials, including the book “San Xavier del Bac – Portrait of a Desert Church,” by the late Bernard “Bunny” Fontana, a noted anthropologist and expert on the mission.

The program began with 15 people. In a short time, the docent-guided tours have grown steadily.

The number of people taking the tours, which does not count visitors on self-guided tours, has increased by about 15 percent each year for the past two years, he added.

In October, the Patronato will hold a training-information meeting to recruit new volunteers. There are no requirements for the volunteers, other than time and commitment. The program is especially interested in attracting bilingual docents.

The mission is an active church, as well as a museum of art and statues, including more than 170 images of angels.

The mission site was established by the Jesuit missionary-explorer Eusebio Francisco Kino in 1692 when he visited the O’odham village of Wa:k. But the present Catholic church was started by Franciscan missionaries in 1783 and completed in 1797. An earlier church was built in 1757.

Martin DeSoto, an eighth-generation Tucsonan, a member of the Patronato Board of Directors and a docent, said his fellow volunteers are critical to the mission. When visitors take a tour, the docents are the faces of the mission, along with the parishioners who worship daily.

He, too, feels a close connection to the mission. His ancestors are part of the mission’s history.

“Sometimes it’s emotional,” he said about conducting tours. “I do it from the heart.”

Like Gallego, Obdulia Gonzalez, who is my sister-in-law, has a lifelong attachment to Mission San Xavier on the Tohono O’odham reservation south of the city.

Her father was a devotee of San Francisco Xavier, and his best friend’s family lived on the reservation, said Gonzalez, a retired teacher-librarian.

Her father made pilgrimages to Magadalena de Kino, Sonora, (where Kino is buried and another religious site is dedicated to St. Francis Xavier) and later to Mission San Xavier, she said.

Gonzalez and Gallego, who are leading the effort to recruit new docents, said while they were familiar with the mission, being docents opened them to learning much more.

“My eyes opened up to a new world,” said Gallego, whose great-uncle, Eleazar Herreras, a leading Tucson architect before and after World War II, was the restoration specialist on the mission in 1954.

Gonzalez and Gallego said that as docents, in addition to educating visitors, whether they be from out of town or from Tucson, they preserve the history and stories of the mission.

Gallego said, “As locals and lovers of San Xavier, it’s our responsibility.”

San Xavier Mission gets shout-out on NPR's 'All Things Considered'

Part of the ongoing series leading up to the presidential inauguration.

Tucson retiree is devoted to recognizing indigenous and Mexican-American historical contributions to our region.

Neto's Tucson: The 'new' Immaculate Conception returns to her place

"If it weren't for him, I don't think people would know who we are today," says Jacelle Ramon-Sauberan, a UA grad student.

He wrote extensively about Mission San Xavier and the Tohono O'odham.

Tom Herrick, a retired building contractor, has been a volunteer docent at Mission San Xavier del Bac for the past five years. He is director of docent training, a program of the Patronato San Xavier, the mission’s support group. He is recruiting new docents for the next training class on Oct. 12 at the Mission’s St. Clare Room. Photo taken June 17, 2016. Ernesto Portillo Jr. / Arizona Daily Star