Neto's Tucson: 'Barrio Dreams' worth the 10-year wait
Share this
1 of 3 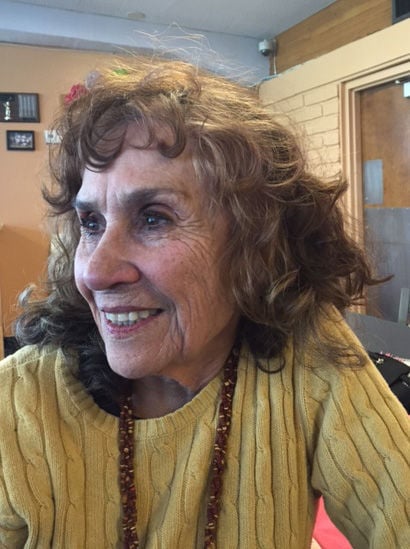 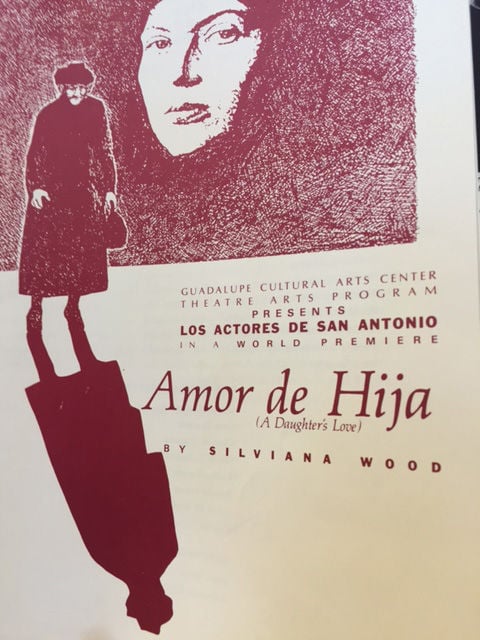 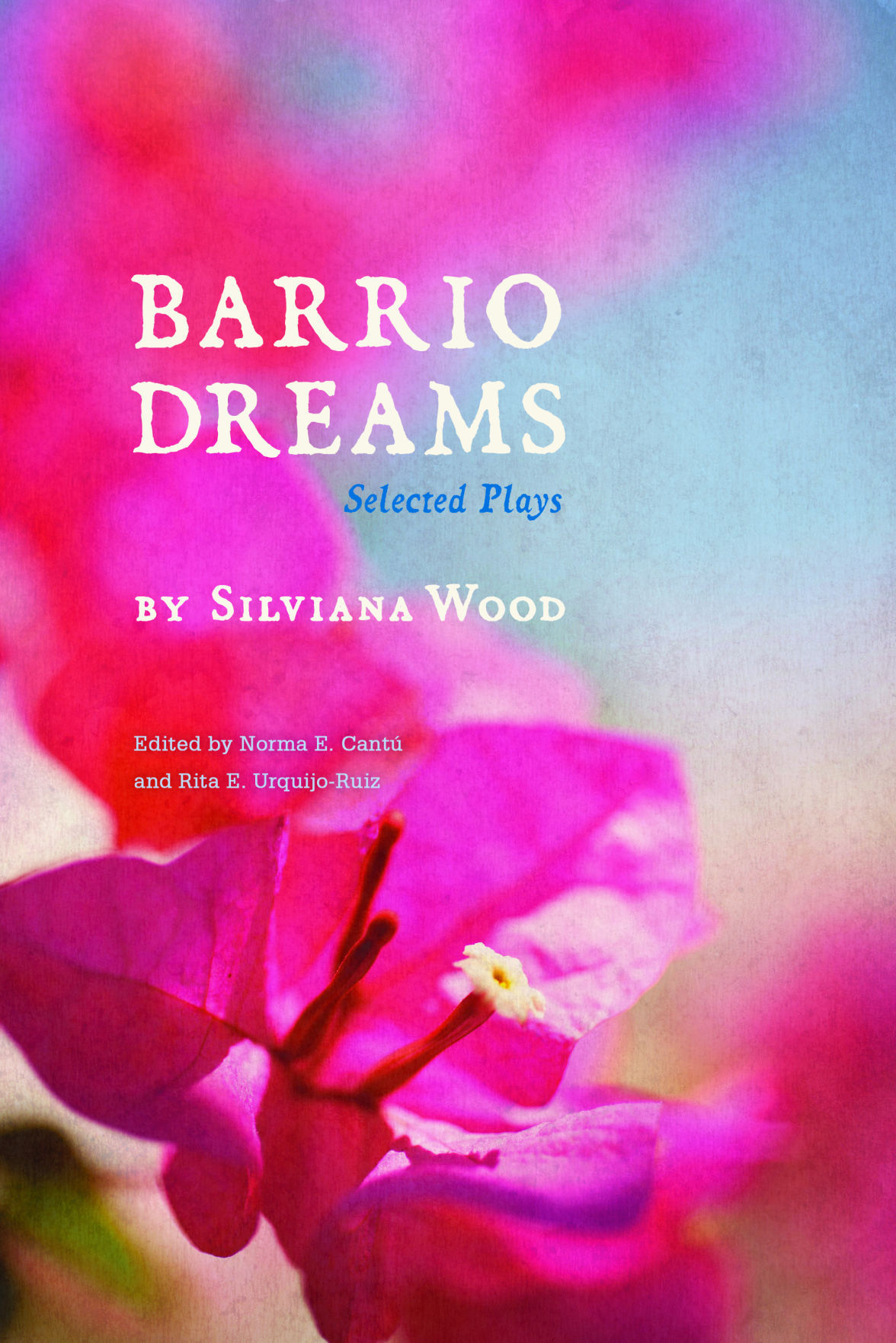 Vivid characters populate the book, 10 years in the making.

It took 10 years but Silviana Wood finally got it.

Got her book published.

The Barrio Anita native, who wrote plays for local Chicano thespian troupes, who has had her works staged in this country and Mexico, who earned a master’s of fine arts degree after 27 years, who created a memorable, wise-cracking character for stage and television, and who walked alongside supporters of farmworkers and barrio residents, can finally say she did it.

But she won’t say it. She’s not finished with her work. She still has dreams.

“One of my fantasies is to get one of these plays performed here,” said Wood. “Plays are written to be heard.”

The decade of waiting ended earlier this year when University of Arizona Press published “Barrio Dreams,” five of Wood’s plays she has written over the years. The book is edited by Norma E. Cantú and Rita E. Urquijo-Ruiz, both professors of Latino studies and literature.

Wood’s works, which have been included in several anthologies, reflect her life as a Chicana in Tucson. Her work follows the long, proud tradition of Chicano and Chicana playwrights who incorporate political commentary, social commentary on race relations, bilingual dialogue and ample use of Chicano slang or caló, a one-of-a kind barrio lingo. In one of her plays in her book, “Yo, Casimiro Flores,” she adds Yaqui to her Spanish and English.

Another play in the book, “Amor de Hija,” (A Daughter’s Love), a story of a four-generation family and dementia, was staged in San Antonio, Texas, in 1987, and “Anhelos por Oaxaca” (Yearnings for Oaxaca), about a retired railroad worker returning to his birthplace with his U.S.-born son, was presented in Mexico.

Her characters spring from her family and people she knew in the barrio, her fellow students at John Spring Junior High School, and activists with the United Farm Workers in California. Some are real, others are imaginary but not far from truth: Nana Cuquita, assorted comadres (BFFs) and chismosas (gossipers). There’s Eddie Spaghetti, Tony Baloney and Ramón Jamón. And there’s Catungas, Watusi, Moonbeam, el Militante and, of course, the Mexican comedian Cantinflas, a comic source of inspiration for Wood.

Throughout her experiences, Wood made sure she listened.

“I love people and I love language,” said Wood, who met me at El Rio Grill, at the West Speedway city golf course. Next Sunday she’ll return to this place as her family and friends will celebrate her, and her book.

“We’re recognizing her as an artist and giving her the props she deserves,” said Mario Gonzales, one of Wood’s peeps from Los Vatos de John Spring, an alumni group from the old junior high in the Dunbar Spring neighborhood, across the tracks from Barrio Anita, north of downtown. “We’re also recognizing one of our own.”

In many ways, the El Rio links are where Wood got her start as an activist and playwright. The late 1960s turned into the early ’70s and many west-side residents were agitated. Long overlooked and underserved, barrio residents demanded improved municipal services and equity. One focal point was the golf course, which many wanted turned into a large park.

Wood and her brothers were part of the protests, which she channeled into her artistic work. She became part of Teatro del Pueblo which led to Teatro Libertad and Teatro Chicano, local grass-roots groups that performed on the streets, in parks, in union halls. At Pima Community College she began writing Chicano-centered plays because there were so few.

It was from her work with Teatro Libertad that Wood created one of her most memorable characters: Doña Chona, the glib barrio neighbor with the crazy wigs who dishes out advice, admonishments and mitote (gossip) freely. Doña Chona also appeared regularly on KUAT’s “Reflexiones” bilingual television program and was resurrected for a short time on the local Telemundo TV station.

When Wood began writing in the ’70s, there were few Chicano or Chicana playwrights. Even the small number of plays that were written seldom found a stage.

Four decades later the number of playwrights is up, a little, and there are some theatrical groups willing to stage plays with Chicano themes and characters. But those numbers are still small, given the large presence of Chicanos and Chicanas in American culture.

Wood is a pioneer who refused to step away and give up.

Waiting for 10 years was worth it.

School working to fix problems before review in fall.

The words, each one selected for a purpose and effect, erupt in staccato rhythm or they bend slowly. The words create images, both vivid and r…

Neto's Tucson: Bakery the star of a documentary on Mexican treats, so much more

It is not every day that a documentary is made about a local bakery. But for La Estrella Bakery that day has come.

Barrio Anita may have lost a priest, a coach and a teacher, but the three inspired others to lead — and there are more to come.

Neto's Tucson: Los Universitarios have created a lasting legacy at University of Arizona

Los Universitarios was a group of pioneering Mexican-American students at the University of Arizona in the 1950s and early 1960s who laid the foundation for the growth of Hispanic students and scholarships at the UA.

Neto's Tucson: Remembering a dad and his famous friend

Felicia Frontain recalls the day her father introduced her and her sister to Cantinflas.

Vivid characters populate the book, 10 years in the making.