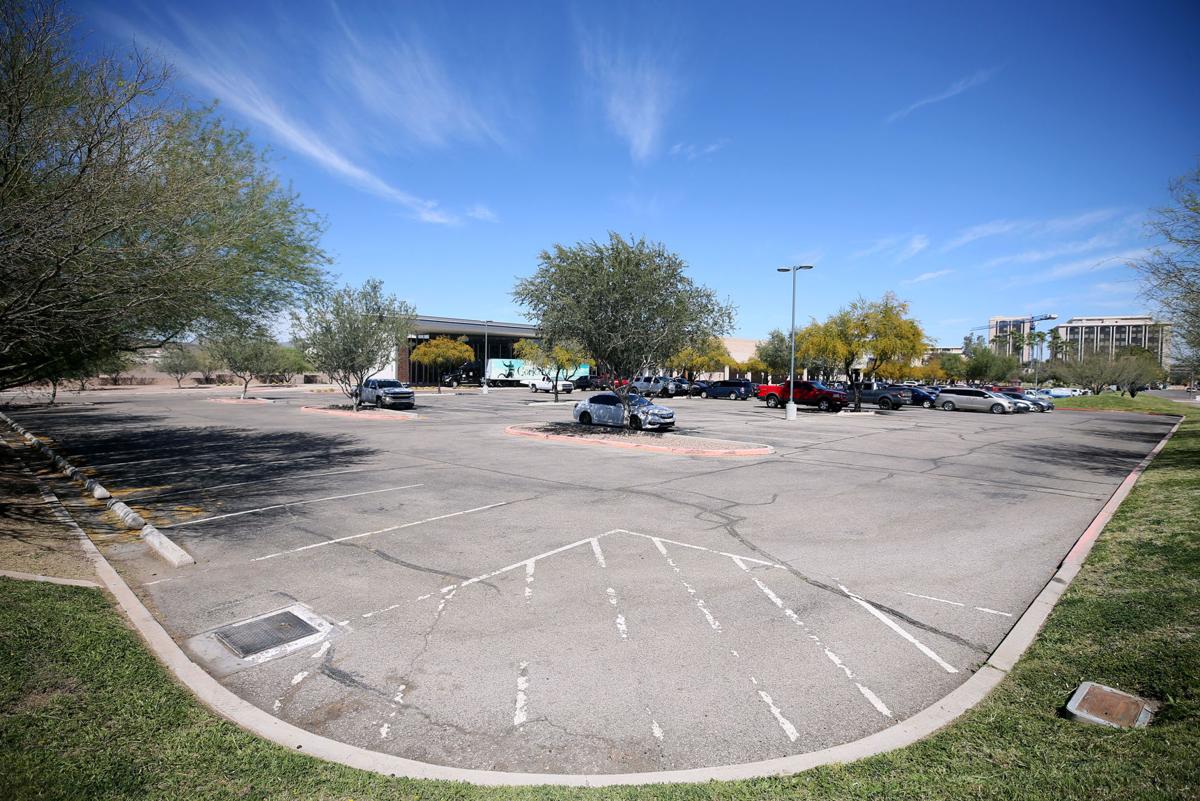 The parking lot at the Tucson Convention Center, Cushing St. and Church St., shown on April 02, 2019, where a new parking garage will be built. 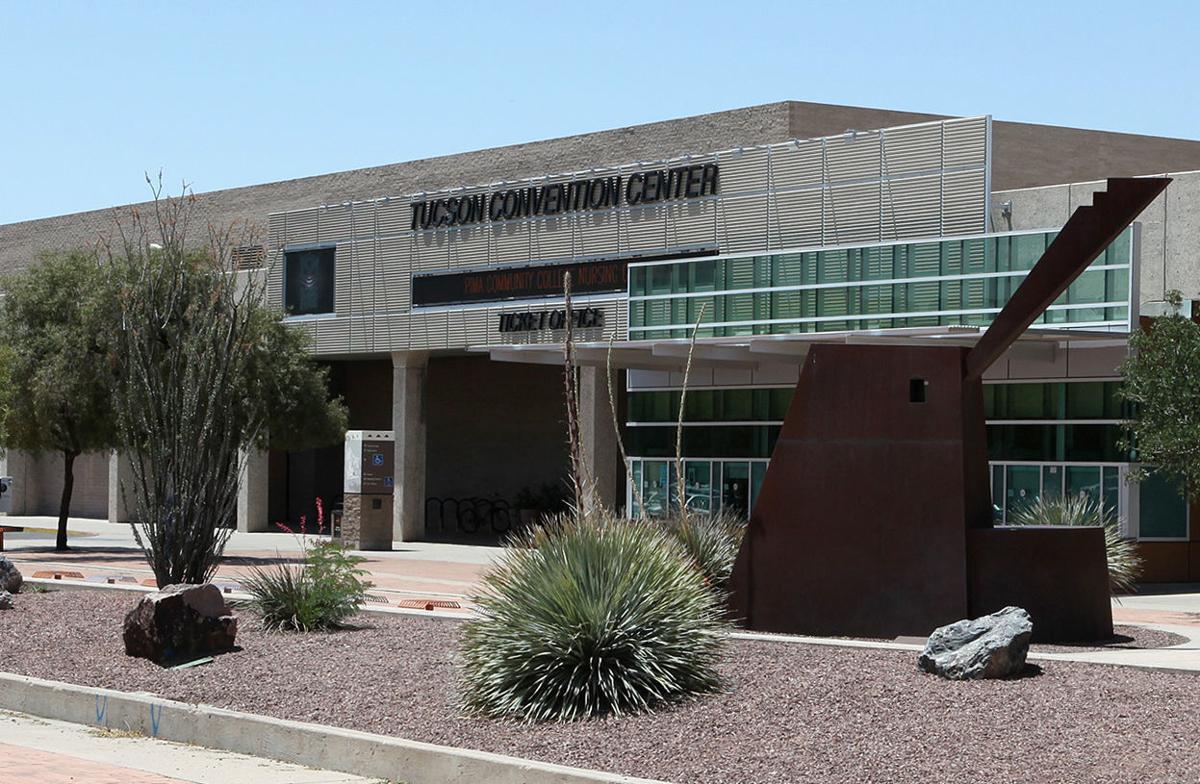 The latest expenditures for the Tucson Convention Center include new meetings rooms, a high-tech boardroom and landscaping plans.

A 350-spot parking garage east of the Tucson Convention Center is set to break ground next year, tied to the planned construction of a 175-room DoubleTree hotel next door.

The Rio Nuevo Multipurpose Taxing District is moving forward with the multi-level parking garage and is taking bids for its construction. The board has already set aside $292,000 to design the project located near South Church Avenue and West Cushing Street.

Officials said construction would work around the schedules of the Tucson Sugar Skulls and Tucson Roadrunners, the football and hockey teams that share the Convention Center.

Board Chair Fletcher McCusker announced last month that the developer behind the planned Hilton-branded hotel, Scottsdale-based Caliber Companies, was ready to break ground this month, but that construction of the $20 million hotel was contingent on several agreements including building a parking garage.

“We’re at a position where in order to really launch the hotel, we have to seriously consider committing to the garage,” said McCusker.

“Like with any major real estate development, there are timely adjustments along the way. We at Rio Nuevo are excited this hotel project is moving forward, and look forward to another amazing downtown hotel. It’s important our convention center have a hotel on its property to invite conventions to our city, and for a place for people to stay while playing downtown,” he said.

Rio Nuevo still lists the hotel on its website, but lists the completion as “to be determined.”

Messages left with the Scottsdale-based Caliber Companies were not immediately returned.

It is unclear whether construction of the new parking garage on the TCC grounds would alleviate parking problems in the adjacent Barrio Viejo neighborhood, which has issues caused by convention center guests unwilling to park in their lots.

A city-commissioned study in 2018 found more than 150 vehicles parked in the neighborhood directly south of the TCC on a Sunday during an ice hockey game in early December despite there being more than 300 empty parking spots in the city-owned convention center’s lots.

The $10 million project, approved by Rio Nuevo, would add three floors to the existing building.

A drive-thru shop will open at Grant and Swan roads.

The Barn will be a 20,000-square-foot event venue for weddings, parties and corporate gatherings.

Glass Geeks has clients around the country, including celebrities that pay $130,000 for glass pipes.

Tucson police detectives have identified the man struck and killed by a truck early Tuesday in midtown, police say.

Man struck by car on Tucson's south side Monday night

A man was taken to the hospital with life-threatening injuries after being hit by a car Monday night, officials say.

A proposal to raise the hourly wage for the lowest paid employees will eventually top out at $15 an hour, but not until the summer of 2021.

The Tucson City Council officially signed Resolution No. 22984 on March 19 to find out if electronic scooters have a place here.

The parking lot at the Tucson Convention Center, Cushing St. and Church St., shown on April 02, 2019, where a new parking garage will be built.

The latest expenditures for the Tucson Convention Center include new meetings rooms, a high-tech boardroom and landscaping plans.