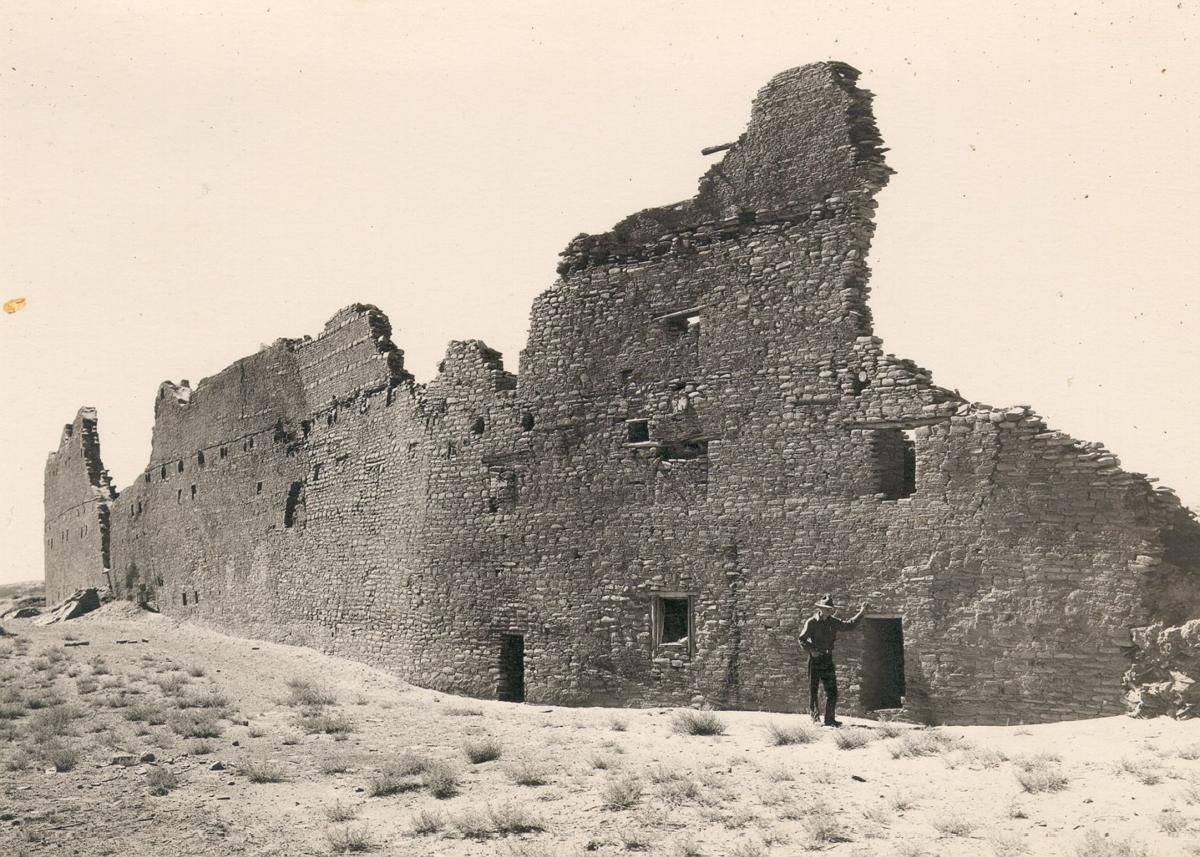 This photo from the 1930s shows the back wall of Pueblo Bonito, the largest structure in Chaco Canyon. 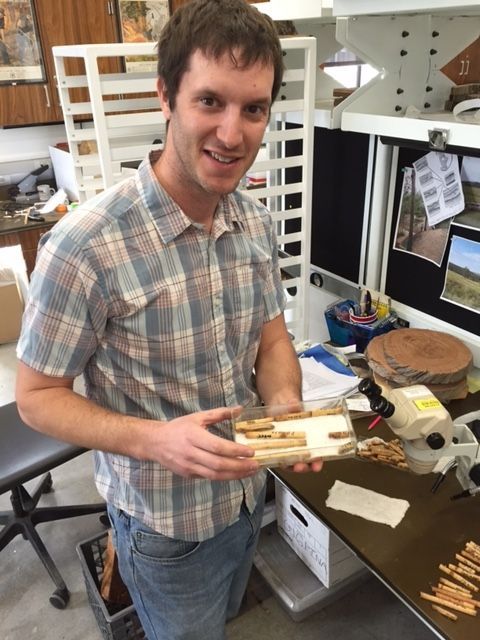 Researchers at the University of Arizona have found a new source for the beams used to build the ancient pueblos of Chaco Canyon, using tree-ring samples that date to the founding of the science of dendrochronology.

Archaeologists estimate that it took 240,000 trees to build the complex of pueblos in Chaco Canyon between 850 and 1250 A.D.

Previous studies at the UA Laboratory of Tree-Ring Research had determined that many of the beams used to build the stone, mud and wood city in northeastern New Mexico came from the Chuska Mountains, 50 miles to the west.

Research published Monday in the Proceedings of the National Academy of Sciences shows that some of the earliest wood beams came instead from the Zuni Mountains, about 50 miles south of Chaco Canyon.

For Christopher Guiterman, a graduate student in natural resource studies, the study was an opportunity to make good use of the immense archive of wood samples from archaeological sites that A.E. Douglass, creator of the science of dendrochronology, collected nearly 100 years ago.

“I’m holding the pieces of wood he held and looking at his notes,” said Guiterman.

There is no “obvious source of wood for the pueblos in Chaco Canyon,” said Guiterman. The trees had to be felled in forests 50 miles away and carried to the site. “This is with no beasts of burden, no wheels or machines, no metal tools,” he said.

On field trips to the Chuska Mountains, Guiterman, along with fellow tree-ringers Jeffrey Dean and Christopher Baisan, collected dozens of logs to analyze in the lab and compare to samples collected from Chaco.

They found two that dated from 870 to the late 1090s, Guiterman said, and compared subtle distinctions in their tree rings to the samples in the Chaco collection — a process known as dendroprovenance.

Guiterman, whose field is ecology, said this research subject was triggered by a “lifelong interest and curiosity about archaeology.” He started the inquiry five years ago as a term paper project in a course he took from Tom Swetnam, former director of the tree-ring lab.

Swetnam and Dean, an emeritus professor of dendrochronology at the UA, are co-authors of the paper.

Dean said wood from archaeological sources accounts for 400,000 of the 2 million tree-ring samples stored at the University of Arizona. “This is yet another reason for us to hang on to that stuff,” Dean said.

The samples had been stored since Douglass’ time in the nooks and crannies beneath Arizona Stadium. Their move to a new repository in the former Mathematics Building adjacent to the new Bryant Bannister Tree-Ring Building was just completed this year.

As part of the move, the 2 million samples are being digitally cataloged so that researchers across the world can access the records.

Guiterman said he used part of his grant money, from the National Park Service and the Western National Parks Association, to speed that process for the Chaco Canyon specimens.

Dean said the UA’s collection is immensely valuable because new methods of analyzing the specimens continue to be invented. “This is not like a museum collection where things have intrinsic value because of their beauty. This is 100 percent a research collection.”

Akin to observing “the head of a pin a kilometer away.”

Crime pays off for Travis Hirschi

Testing relativity with a telescope as big as the Earth

This photo from the 1930s shows the back wall of Pueblo Bonito, the largest structure in Chaco Canyon.