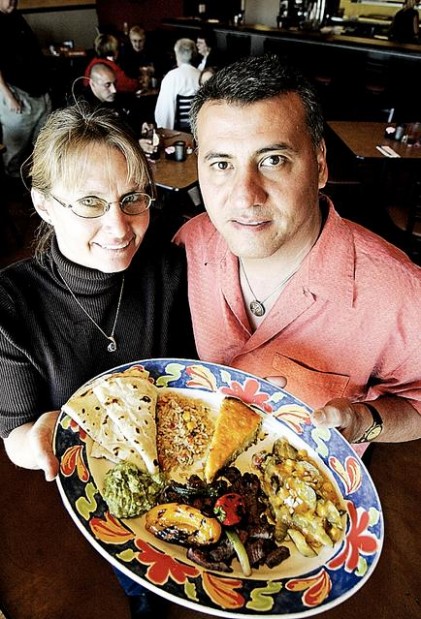 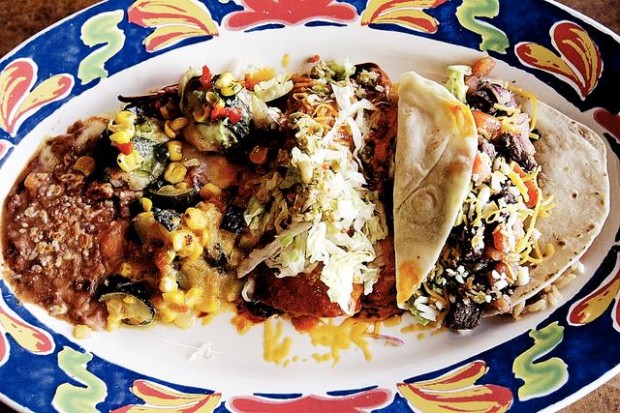 A sure sign that the Continental Ranch area is maturing in the culinary sense can be found along a one-mile stretch of North Silverbell Road.

That's where family-owned restaurants are holding their own against the slew of national chains muscling their way into the Cortaro Road-Interstate 10 corridor.

In November 2006, Richard Benner opened Benner's Grill down the street from the iconic steakhouse Li'l Abner's. Last December, Ken and Diane Gallardo threw their pot on the stove when they opened La Olla Mexican Cafe, a stone's throw from Abner's. And sometime in the coming months, Monkey Business Eatertainment, which will combine food and arcade games, is expected to open just up the road from La Olla.

La Olla, though, might have the biggest uphill battle. It is competing against two fast-food Mexican chains — one a national giant, the other a Tucson-owned mainstay — and a mom-and-pop shop in a nearby strip mall. There's also another popular sit-down chain restaurant whose menu is heavy on Mexican dishes.

But with a menu that takes its cue from Sonoran standards and elevates them to white-tablecloth dining, La Olla has a running start.

The restaurant is nestled in a modest space with warm Oaxacan-sage and cranberry walls and windows dressed in bamboo shades. Booths anchor the space, a dozen tables are situated in the middle, and an eat-in bar with a half-dozen seats affords a view of the open kitchen.

That's where the competent cooking staff tweaks the Sonoran recipes of owner Ken Gallardo's mother. The innovative strokes include a rich con queso fresca made with heavy cream and bitten by poblano chiles that top a manchego shrimp entree ($14.95). Anaheims and poblanos make bold statements in the savory empanada appetizer ($7.75), crispy, light pillows stuffed with a rich mixture of pesto, shrimp, green chiles and manchego cheese. The dish is finished with sweet, fresh corn that steals some of the chiles' burn.

The slow-roasted pork carnitas ($11.25), topped with a sour-cream-based Anaheim crema, were sweet and spicy. The pork sits 24 hours in a chipotle marinade, then is slow-roasted to create a smoky flavor that complements the peppery crema.

The Gallardos crafted the menu on a slew of hunches and personal preferences. Among the half-dozen entrees and a mix of combination plates and inventive appetizers, there are flashes of brilliance. Fresh cilantro perks up an enticing, light coleslaw dressed simply in white vinegar and lime that serves as a bed for several appetizers. A shrimp taco is kicked up with garlic for added character. And a crispy, light beer batter is used in the chile relleno that is the centerpiece of a combo plate with the garlic shrimp taco and delicate carne seca ($11.25). The relleno coating is slightly sweet to contrast the heat from the Big Jim, a long Anaheim chile.

Among the more adventurous appetizers is the diablos chicos ($6.95). Little yellow peppers are stuffed with shrimp and a rich blend of cheeses — Cheddar, manchego and cream cheese. The peppers are wrapped in bacon, which could have been crisper, and baked just long enough to heat the stuffing and keep the pepper sturdy.

La Olla's refried beans, however, were bland when we were there in December and again in late January. Other missteps included a chicken taco that cried out for seasoning, and on our second visit the manchego shrimp was missing the spicy kick that thrilled us the first time we had it. We chalked it up to opening jitters that hopefully will be corrected once the place finds its rhythm.

Service is swift and friendly. Dishes arrive quickly, and soft-drink and tea glasses are rarely allowed to dip below half-full before being filled. The wait-staff also is quick with dessert suggestions, including a swoonably light and creamy homemade flan ($5.95) draped with a slightly sweet caramel sauce. Or splurge on the calories and go for the decadent Xango ($5.95), a slice of vanilla cheesecake wrapped in a flour tortilla, then deep-fried until it's crispy. Then they roll it in sugar and cinnamon and drizzle it with raspberry and chocolate sauces.

La Olla is the Gallardos' second restaurant. They also own and operate Contessa Cafe, the Italian restaurant on West Ina Road near North Oldfather Road.

● This review was published recently in the Star's Food section. Contact reporter Cathalena E. Burch at cburch@azstarnet.com or 573-4642.