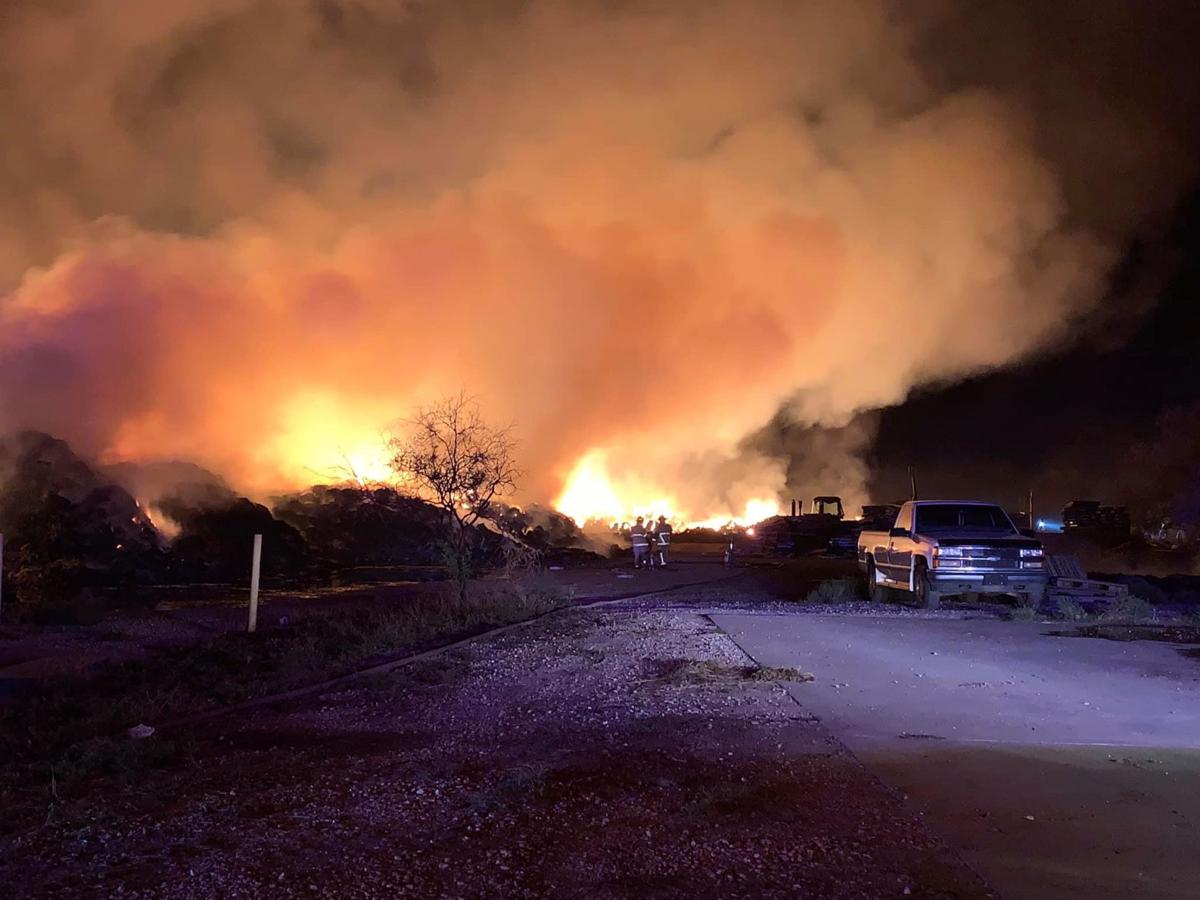 A fire near San Xavier burned nearly 20,000 bales of hay in a commercial structure and hay yard. 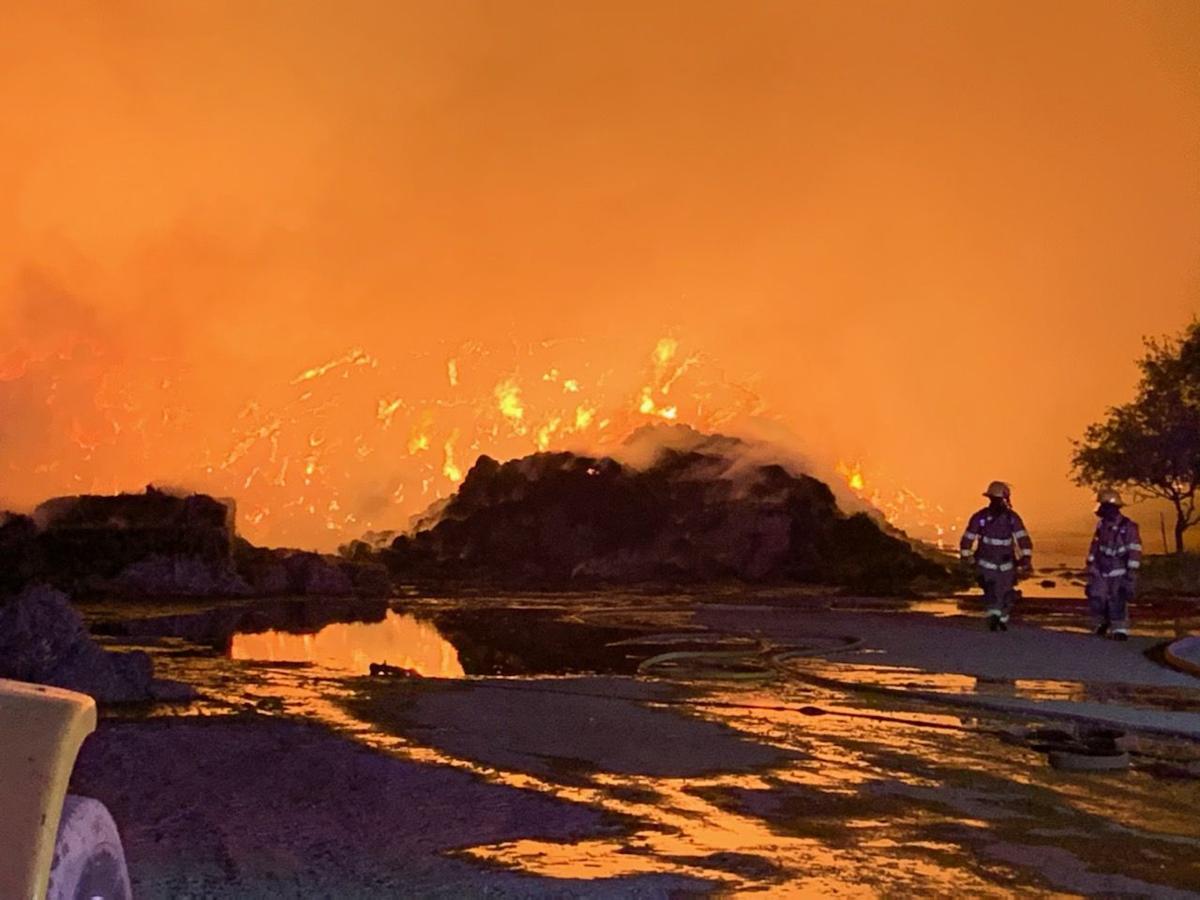 A fire in the Tohono O'odham area is burning 20,000 bales of hay in a commercial structure and hay yard.

The fire was contained late Tuesday night, but it will likely burn for a couple of days, officials said.

Heavy smoke will also likely be present in the area for the next day or so, said Tracy Koslowski, spokeswoman for the Drexel Heights Fire District, early Wednesday morning.

An air pollution health watch is in effect due to the smoke and elevated particulate matter that may cause respiratory problems to residents in areas west and southwest of Tucson.

The Pima County Department of Environmental Quality says if individuals with heart disease and respiratory sensitivities smell smoke, they should reduce their exposure to particulates by limiting time outdoors.

Most of the 20,000 bales of hay were lost or damaged, Koslowski said. Several buildings and metal hay barns were also destroyed, but there were no reported injuries.

Fire crews from Tohono O'odham, Drexel Heights, Green Valley, Pascua Yaqui and Rural Metro responded to a report just before 6 p.m. of a fire at the San Xavier Co-Op Farm.

More than 40 firefighters, including seven engines, were on scene to contain the fire.

The fire is deep-seated but is not expected to grow, said Joey Kosiorowski, Green Valley Fire District division chief.

Crews will have to use tractors to break apart the hay and extinguish the fire, he said.

"Hay is very flammable obviously," Kosiorowski said. "It just has to be roughly broken apart with heavy equipment and then it'll have to be extinguished when it's broken apart."

He said the hay is stacked about 40 feet tall and about the size of half a football field.

Kosiorowski said the fire will likely burn for at least a couple of days as fire crews scale back operations and continue to monitor the fire until it's out.

A Tucson man was sentenced to life in prison without possibility of parole on Monday for his role in the starving death of his 3-year-old son.

A fire near San Xavier burned nearly 20,000 bales of hay in a commercial structure and hay yard.

A fire in the Tohono O'odham area is burning 20,000 bales of hay in a commercial structure and hay yard.