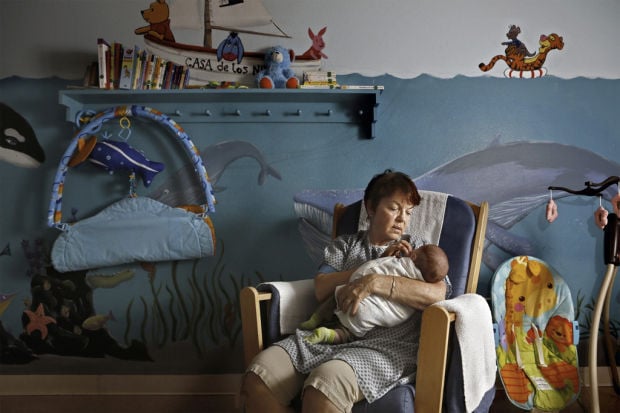 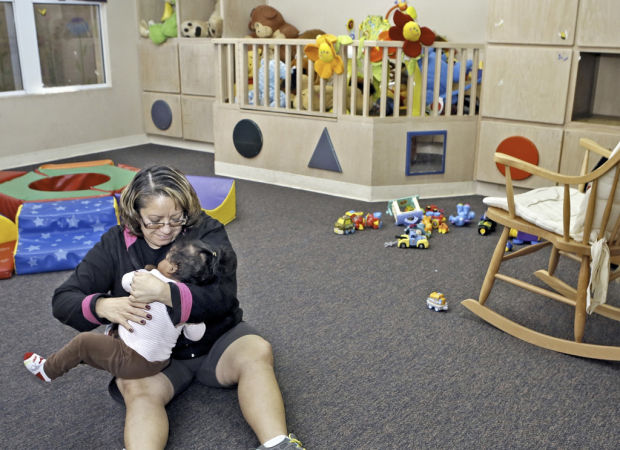 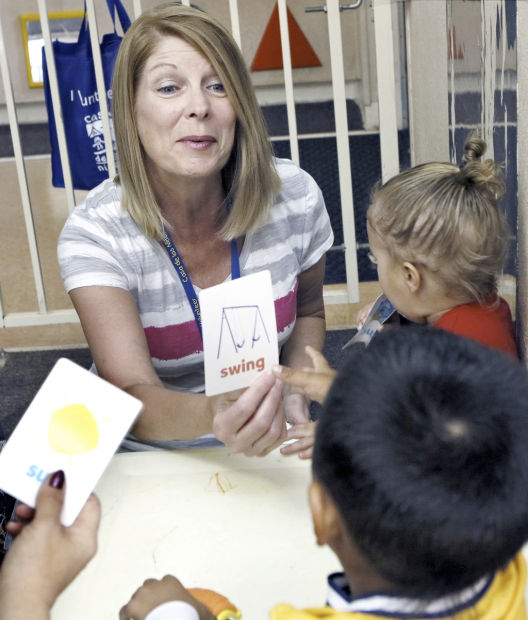 While strung out on heroin, Anne Bissell﻿ spent hours, sometimes days, passed out in the bathroom or bedroom.

What her young son did during those times, she has no idea.

Drugs and alcohol are a huge factor in Arizona’s spike in kids being placed in foster care. Of the 10,141 children removed from their homes statewide in fiscal year 2012, at least 59 percent were removed because drugs or alcohol use were contributing factors to maltreatment, Department of Economic Security figures show.

Local numbers are even higher: This year through October, 67 percent of Pima County families involved in a dependency case had substance-abuse issues, data from Pima County Juvenile Court show﻿.

All three of Bissell’s children were taken away as a direct result of her drug addiction. When her son was in second grade, he went to live with his father. She later had two more kids who were removed from her care — her mother has custody of one and Child Protective Services took the other at birth when the baby tested positive for heroin and cocaine.

Stories like Bissell’s are more and more common in Pima County.

Between July and October, 406 children under age 5 entered CPS custody. That’s an average of 102 a month, nearly twice the monthly average of 57 seen seven years ago, says Annabel Ratley﻿, former division director for child and family services at the Easter Seals Blake Foundation.

Some of the increase is due to greater awareness of drug use among parents, says Jinny Ludwig, executive director of the Northern Arizona office of

AmeriPsych, a foster-home licensing agency based in Phoenix with offices in Tucson. The agency recently got referrals for five babies on the same day.

“There’s more of a focus on keeping track of parents with babies that are born with substance abuse,” Ludwig says. “More immediate action is being taken.”

In October alone in Pima County, 22 babies under 3 months old were removed from their birth families, and 20 of those cases involved allegations of parental substance abuse, Pima County Juvenile Court records show.

At the University of Arizona Medical Center, chief of neonatalogy Dr. Alan Bedrick﻿ says about two babies a week enter CPS custody after testing positive for illicit drugs. That’s about a 50 percent increase over six years ago, he says.

“CPS does have a visible presence here because we have so many high-risk babies with challenging family situations,” he says. “We’ll have babies ready for discharge, and we are not able to send them home because Child Protective Services has not been able to find placement.”

Bedrick described one mom, a drug addict with ongoing CPS involvement, who has given birth to several babies who have tested positive for drugs.

“She’s saying, ‘I’ll keep having babies until I’m allowed to keep one,’” he says.

Drugs and alcohol can lead to children being abused, but when drugs are in the picture neglect is a certainty, says Chris Swenson-Smith﻿, division director of children and family services at Pima County Juvenile Court.

“Most people who have substance-abuse issues aren’t violent or abusive, but once you become addicted to a substance your life becomes about getting or using (drugs) and your budget, your money, goes towards those things, too,” Swenson-Smith says. “When you have something taking over your time and your money, kids often then take the back seat.”

Kids of addicts might be left unsupervised or in the care of inappropriate caregivers. They might fail to thrive from a lack of proper nutrition. They might not get proper medical attention.

When Bissell had custody of her son, who is now 19, he often missed more than 45 days of school. Her drug-dealer boyfriend would show the boy violent movies and hit her in front of him. She’d take him to drug-dealers’ homes, where she would pass out and he’d be left to wander.

“I just really neglected taking care of him, basically,” she says.

The day her daughter was taken away, the home they were living in had no gas or electricity. There was no food in the fridge.

Soon after that, Bissell became pregnant with a second daughter.

She moved to Nogales, Sonora, to follow her boyfriend, who had been deported. She said her low self-esteem and desire to be loved contributed to her staying in an unhealthy, emotionally and physically abusive relationship. Plus, the man was her link to ﻿drugs.

They lived in a cardboard shack with no running water or bathroom, and Bissell alternated between using methadone and heroin throughout her pregnancy. She didn’t seek prenatal care.

“Back then, as hard as it is to say, my primary focus was him and not my children,” Bissell says. “It’s hard for me to say that, but drugs just consumed my life.”

Meth, marijuana, cocaine and alcohol remain the most common drugs used by parents involved in dependency cases in Pima County. But there has been a sharp increase in the use of heroin and prescription drugs in the last five years.

Opioids prescribed for pain relief are among the most commonly abused prescription drug, the National Institute on Drug Abuse says.

A crackdown on prescription drugs made pills harder to get and more expensive, driving people to find a cheaper fix, says Elizabeth Kempshall﻿, director of the Arizona High Intensity Drug Trafficking Area.

The price of heroin dropped about five or six years ago, and now it’s cheaper than meth, cocaine and crack — and it provides a faster, longer-lasting high, says Kelly Irving﻿, director of women’s services at CODAC behavioral health services. The drug has also become more appealing in recent years because it no longer needs to be injected.

“There was a horrible stigma about using needles because of the AIDS epidemic and people looking for places to shoot up black tar heroin,” Kempshall says. “With the white heroin you can snort it or smoke it. It doesn’t leave tracks on the body.”

Heroin stands out among illicit drugs because it’s easier to get hooked on and harder to quit.

“When somebody’s withdrawing from cocaine or meth, they may have a headache, feel really irritable and just want to sleep a lot,” Irving says. “Somebody who is withdrawing from opiates …if you can imagine having the flu times 100. It’s severe body aches fever, nausea, diarrhea, and it’s intensified — because it’s more extreme than a normal flu, but also because these people have also not felt any pain for a long time because of the drug so their pain tolerance has decreased significantly.”

While those babies come off the drugs, they can suffer tremors, feeding difficulties, vomiting, diarrhea and sometimes seizures, Bader says. They also are likely to need hospital stays of two to four- weeks — sometimes as long as six months — which makes it difficult for them to bond with a parent or caregiver and causes lasting developmental challenges.

In adults, withdrawal symptoms, depending on the amount of heroin used and a person’s metabolism, can set in with 24 to 28 hours after an addict’s last hit. Heroin also causes users to “nod out” or fall asleep wherever they are, including driving with their kids in the back seat.

Bissell said she remembers one time passing out on the couch with a baggie of cocaine stuffed in her sock. When she woke up, her daughter, who was around 1 at the time, had white powder all over her face.

Bissell doesn’t know if the girl ingested any of the drug; She was too afraid to take her to the hospital, fearing CPS intervention.

Many addicts turn to drugs and alcohol hoping to escape the pain of trauma they endured in their past.

“It’s almost always that they themselves, these parents, were victims of abuse or neglect or some kind of significant childhood trauma and no one helped them,” says Swenson-Smith of Pima County Juvenile Court. “They’re living with anxiety disorder and depression and PTSD, and when their lives became stressful they turned to something that helped and made them feel better.”

Bissell says she was bullied in grade school and felt emotionally disconnected from her family, which adopted her at birth. When she met her birth mother as an adult, she learned she, too, used marijuana and cocaine while she was pregnant.

When Bissell was around 12, she started sneaking sips of alcohol at her parents’ dinner parties and then started stealing bottles from the liquor cabinet. She and a friend spent their weekends drinking and smoking marijuana.

“I felt good about myself. I didn’t have to feel all of the negative feelings I was feeling,” she said.

Eventually she started using cocaine. And when she destroyed her nasal cavities, she turned to heroin.

“I just wasn’t happy with myself. I’d been in these relationships where I was seeking somebody to love me,” she says. “I had very low self-esteem … and I didn’t have the proper coping mechanisms.”

After her first three months in the program, Bissell said she thought it was time for her family to be part of her life again and to forgive her. But that’s not how things panned out, and she once again sought comfort in drugs.

In treatment, she learned to accept that her family would come around when they were ready, not when she was ready. And they did. Eventually they started coming to family groups, and her son and oldest daughter started to visit. Her youngest daughter was adopted outside the family.

But she still had plenty of work to do. Her daughter, who was 3 or 4 when Bissell got sober, had no idea who her mother was and called her “Anne.” The first time her son — who was around 12 at the time — came to spend the night with her, he asked if she was going to spend the whole time in the bathroom.

“That was his last memory of me,” she says.

Rebuilding her relationships, especially with her son, took time.

“I had said sorry to him so many other times that it wasn’t going to matter unless actions speak louder than words, and I had to demonstrate that to him,” she says.

She and her son now have what she calls a “phenomenal” relationship.

When he was in high school, she would ﻿ speak to a health class about the effects of substance abuse. Twice he’s accompanied her to share what he remembers from those days.

As for her daughter, who is now 10 and still lives with her grandmother while Bissell is in school, “Today we’re like this,” Bissell says, crossing her fingers. “She makes me all sorts of pictures; she calls me mom;; she texts me all the time. Our relationship has just evolved into this beautiful mother-daughter relationship.”

Bissell now works as the director of housing compliance for Dragonfly Village, transitional housing being built by Amity. She’s also working toward her master’s degree in social work through Arizona State University and is participating in an internship at Family Drug Court.

She says she constantly thinks about that little girl she left in the hospital.

“What is she doing in school? Is she struggling? Does she have any learning disabilities?” Bissell wonders.

“I’d love to sort of make an amends with her because I didn’t take care of myself when I was pregnant with her,” she says “I can’t take back time. All I can do is change, live day by day.”

It took less than a year for Yesenia Campos’ life to fall apart after she started smoking crack in 2002.