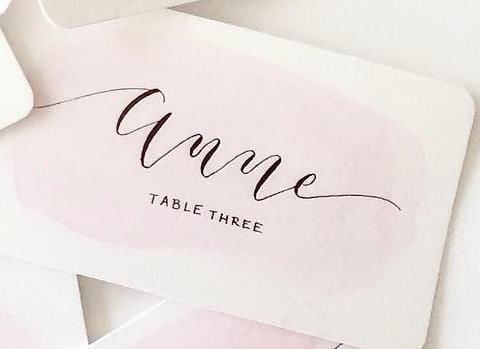 The Arizona Supreme Court will decide how much leeway business owners have to refuse to serve certain customers based on religious beliefs. 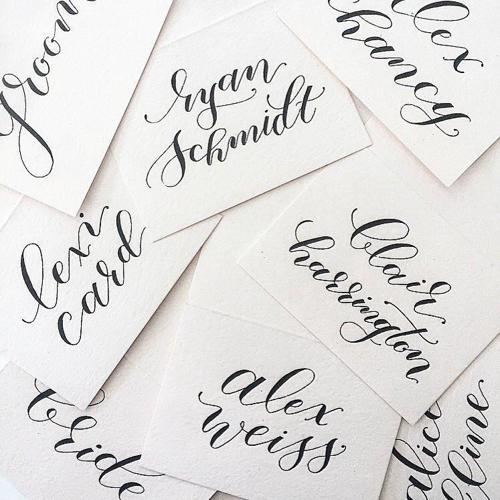 Attorneys for the city of Phoenix submitted this to the court as a sample of the kind of place cards that Brush & Nib Studio would make for heterosexual couples. 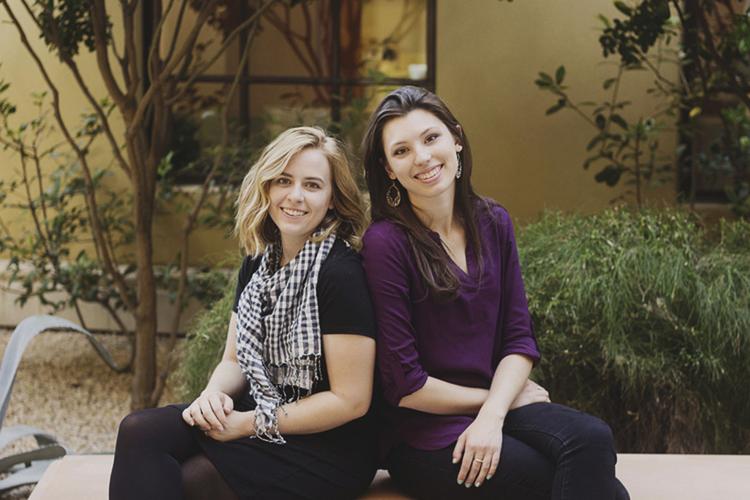 PHOENIX — Phoenix is fighting back against a Christian law firm's claim to the state's high court that businesses have a right to refuse providing certain services to gays.

In new legal filings Friday, attorney for the city Eric Fraser said there is no dispute about the heart of the case.

"If a same-sex couple asks Brush & Nib (Studio) for custom wedding products, Brush & Nib will refuse service, regardless of the wording or design the couple wants,'' he told the Arizona Supreme Court.

"That's why this case is about commerce, not speech, art, or religious beliefs,'' Fraser wrote. "Under settled law, the government does not infringe the freedom of speech or religion by prohibiting public accommodations from refusing service based on a customer's race, religion, sexual orientation, etc.''

Put simply, Fraser said, if a business is willing to do wedding invitations, place cards and similar material for heterosexual couples, it cannot refuse to do the same thing for another couple simply because both are the same sex.

What the high court decides has implications beyond the Phoenix anti-discrimination ordinance.

It also would determine whether other communities with similar laws like Tucson, Flagstaff and Tempe, can enforce them. And it will either clear the way or block it for other cities, towns and counties to enact similar rules.

The case involves Joanna Duka and Breanna Koski, owners of the studio, who say they are devout Christians who believe that the only legitimate marriage is between one man and one woman.

As a result, they do not want to be forced to prepare custom wedding invitations and other materials for same-sex couples, arguing that doing so would force them to espouse beliefs that are contrary to their sincerely held religious beliefs. And they want to be allowed to post a sign to that effect.

Attorney Samuel Green of Alliance Defending Freedom represents them. He said the pair would sell their pre-made artworks to anyone, including gays. The issue, he said, revolves around someone asking them to create artwork to celebrate something that violates their religious beliefs.

But Fraser, in the new filings on behalf of the city, told the justices they should reject the claim this is about forcing the women to create unique "art.''

"Brush & Nib explicitly intends to refuse to make any custom wedding products for any same-sex couples,'' he wrote. "That includes mundane items like place cards, which typically have only guests' names and table numbers — not the names of the couple getting married or a hint of their sexual orientation.''

He provided the justices with examples of such place cards made by Brush & Nib for heterosexual couples, while pointing out the owners "refuse to make literally the exact same products, with the same guest names, simply because of the sexual orientation of the couple getting married.''

Fraser said it is precisely that kind of discrimination based on a customer's sexual orientation that is illegal and that the city is free to outlaw.

Even "creative businesses'' have no absolute constitutional right to refuse service, Fraser said.

"For example, photographers unquestionably have expressive rights worth protecting, but a high school prom photographer cannot refuse to take pictures of Mexican couples,'' he wrote. "Nor can an atheist chef refuse to cook for Christians.''

Fraser said it is no more legal for Brush & Nib to refuse service to same-sex couples than it is for it to refuse to provide wedding invitations to interracial couples.

No date has been set for the justices to consider the issue.

Court agrees to decide whether cities can force businesses to do work for customers that violates their religious beliefs.

Studio owners want to refuse to do same-sex wedding announcements.

High court is poised to decide how far business owners can go in refusing to serve customers because of sexual orientation.

The issue could come down to how the Arizona Supreme Court defines "celebratory language.''

The Arizona Supreme Court will decide how much leeway business owners have to refuse to serve certain customers based on religious beliefs.

Attorneys for the city of Phoenix submitted this to the court as a sample of the kind of place cards that Brush & Nib Studio would make for heterosexual couples.