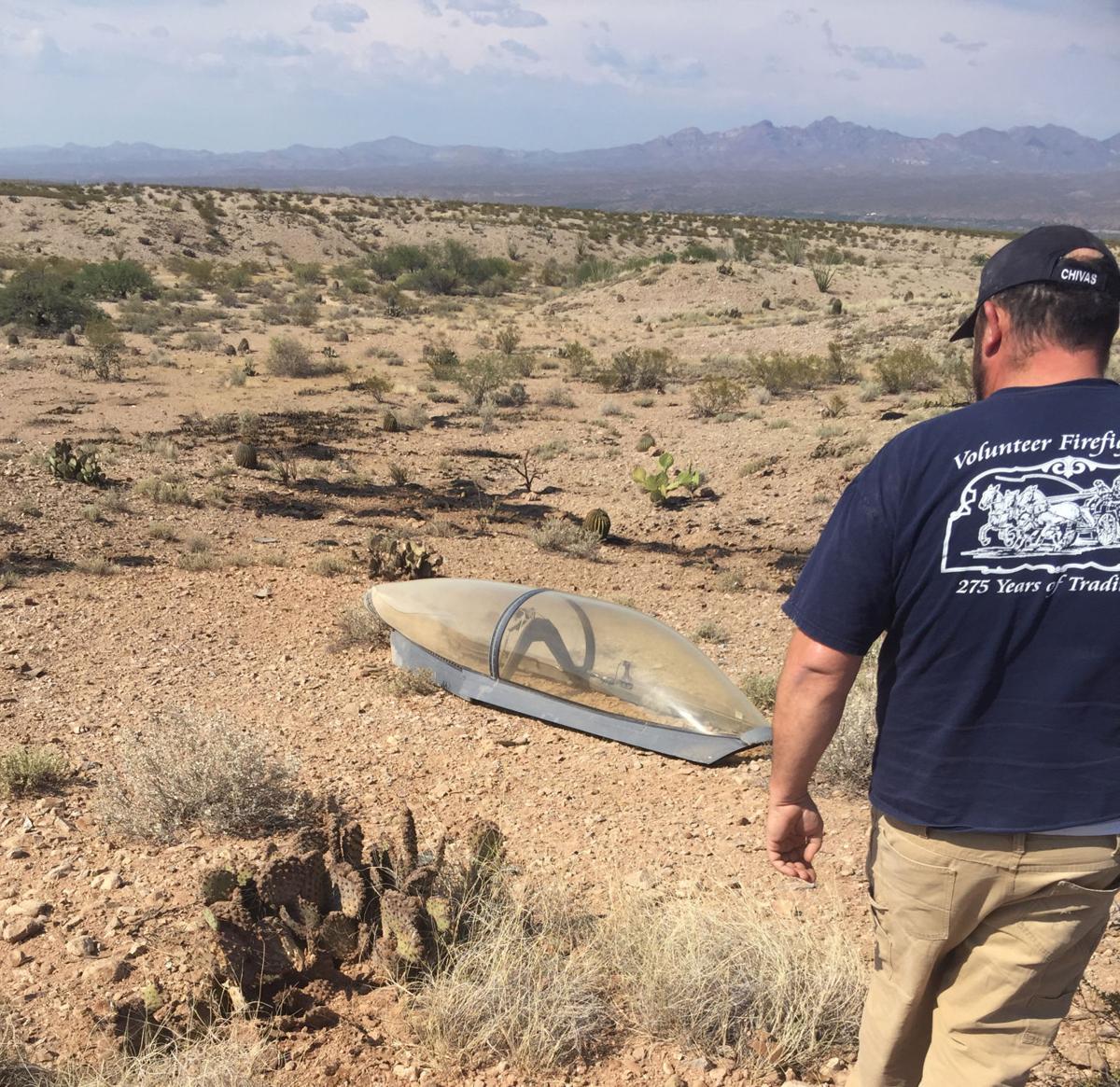 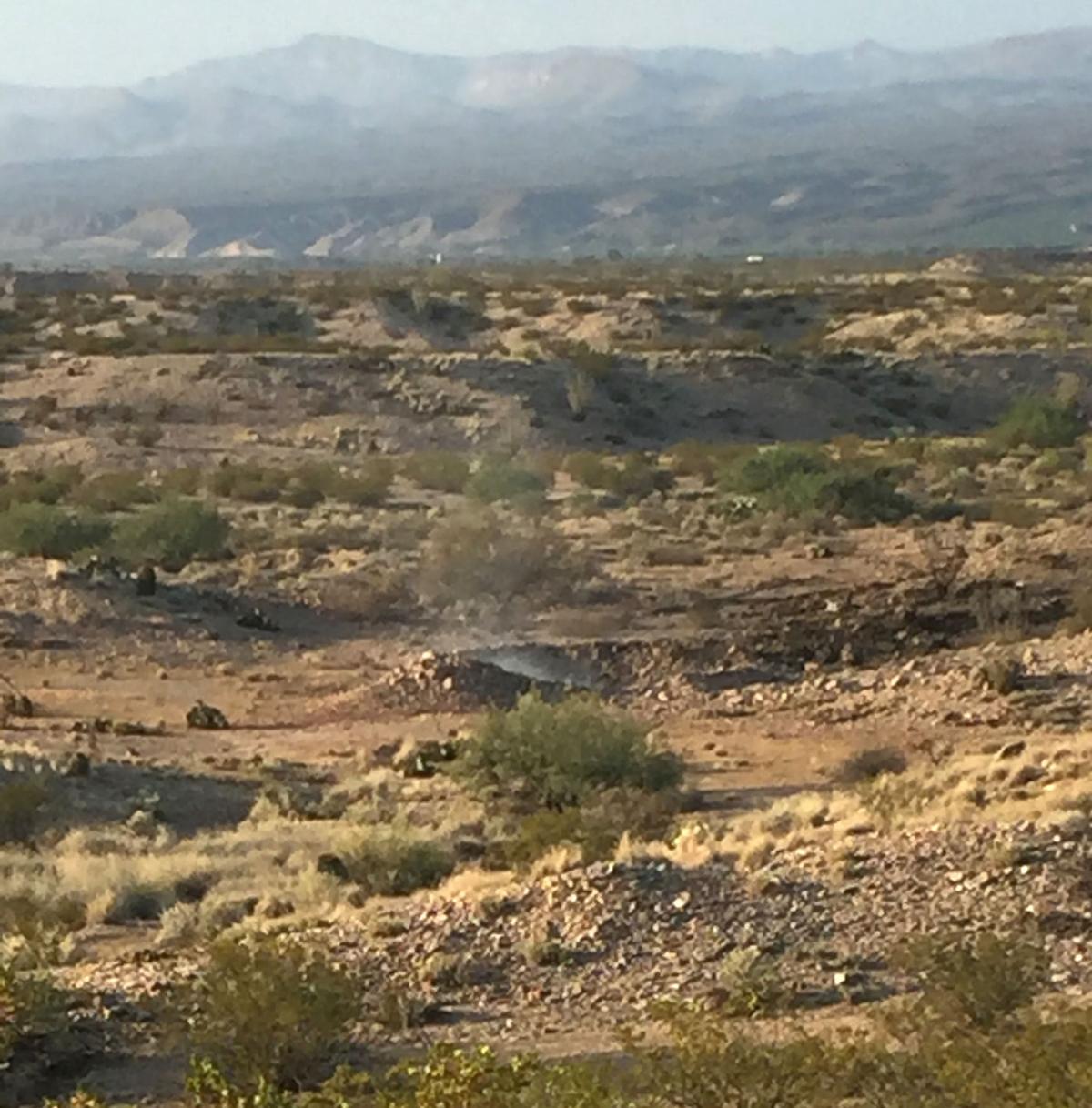 The site of where an Iraqi student pilot was killed when an F-16 jet crashed during a training mission on September 5, 2017. The crash occurred about 80 miles northwest of Tucson.

An Iraqi student pilot was killed when an F-16 jet crashed during a training mission in Southeastern Arizona, authorities said Wednesday.

The Air Force has activated a team to investigate the crash, which occurred Tuesday near Safford, said First Lt. Lacey Roberts of the Arizona Air National Guard’s 162nd Wing.

His death was the second of an Iraqi pilot flying an F-16 that crashed in Arizona in recent years.

The plane belonged to the Iraqi air force and the routine training mission was being conducted in conjunction with the 162nd Wing, which is based at Tucson International Airport, Roberts said.

The U.S. military is training Iraqi pilots to fly F-16s at the request of Iraq’s government, Roberts said.

In July 2015, an Iraqi brigadier general flying from the 162nd died when his F-16, a newer model recently delivered to the Iraqi air force, crashed during night training near Douglas.

In January 2016, a Taiwanese pilot on a training flight from Luke Air Force Base near Phoenix was killed when his F-16 went down in Yavapai County.

The 162nd Wing is the Air Guard’s biggest F-16 training operation and conducts training missions across military ranges in Southern and Central Arizona.

The wing has hosted training for allied nations since 1990 and trained pilots from nations such as Iraq, Singapore, Poland, Norway, Denmark, Oman, Belgium and the Netherlands.

Showers and thunderstorms are possible today in areas west of Tucson.

Heroin and oxycodone were the most commonly noted drugs in overdose reports.

One of the drivers ran from the car.

Letters to the editor Friday, Sept. 8

Readers share their opinions on a variety of topics.

The oft-injured senior tailback shows up on the UA injury report for Week 2.

A man suspected in serial robberies was arrested Thursday after a robbery of a northwest side fast-food restaurant.

Appeals court ruling: No libel if statement is 'substantially true'

Judges said someone being sued for defamation "need not prove the literal truth of every detail."

A 69-year-old Sierra Vista woman shot a man she says was trying to break into her house Thursday night, just hours after a burglary there, the…

The site of where an Iraqi student pilot was killed when an F-16 jet crashed during a training mission on September 5, 2017. The crash occurred about 80 miles northwest of Tucson.