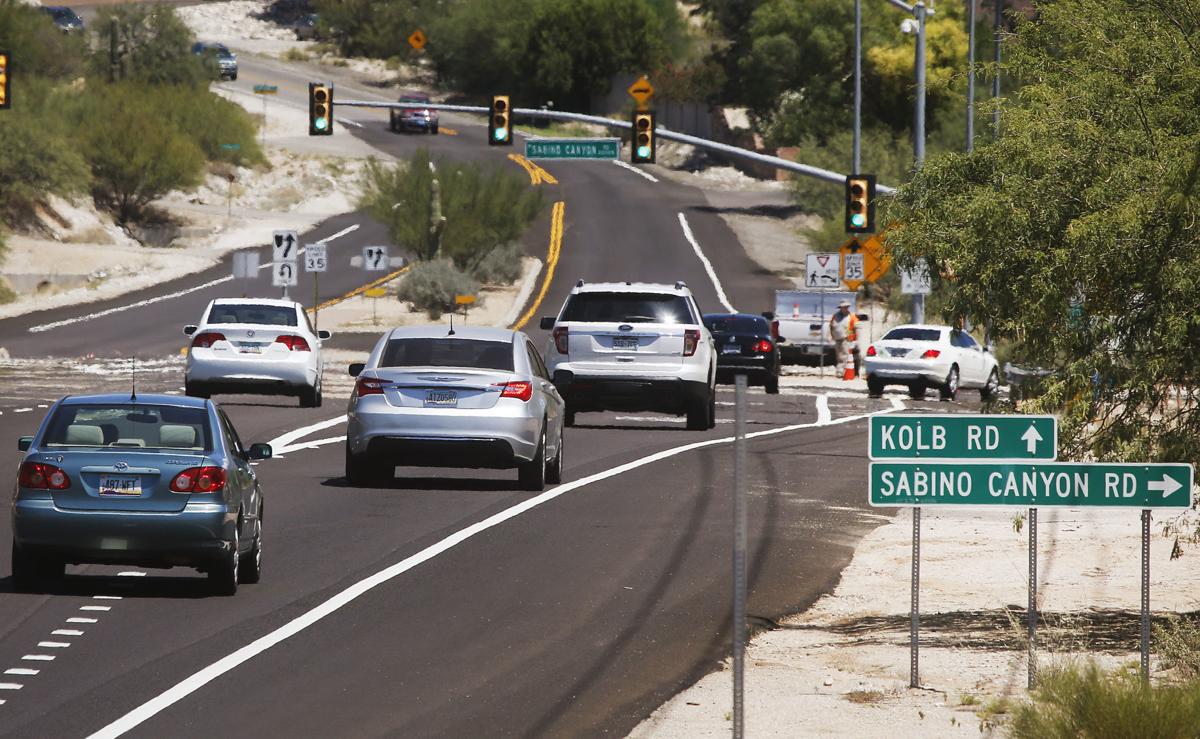 Northbound traffic on Kolb Road merges into a right-turn lane onto Sabino Canyon Road. Cyclists have the option of continuing straight by riding between the turn lane and the northbound lane. 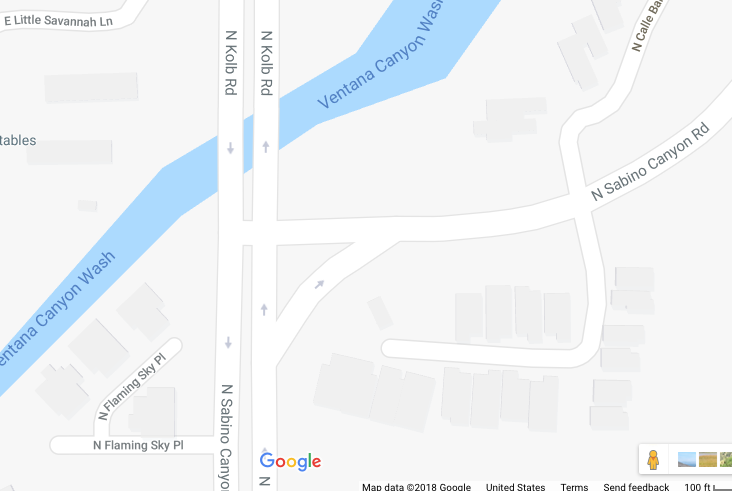 The location of a bicyclist being struck by a vehicle that lead to a $2.1 million settlement by Pima County.

On the evening of Jan. 7, 2015, Frank Dionies was riding his bicycle northbound on North Sabino Canyon Road in the bike lane toward the intersection where it continues as North Kolb Road.

Motorist Ronald Warren struck Dionies from behind at an estimated 40 mph as he was attempting to make his way at the intersection to the right-turn lane on Sabino Canyon, which would have taken him to eastbound Sabino Canyon, according to a court document filed by Dionies and Pima County.

State crash data show Warren was not speeding or distracted at the time of the incident. Dionies suffered serious injuries, including skull fractures, broken ribs and a traumatic brain injury. He was treated at a local hospital, and later in his native Germany.

In the summer of 2015, Dionies filed a notice of claim — a precursor to a lawsuit — against Pima County in which he alleged the road was poorly designed and maintained, and asked for $13.5 million, according to a previous story in the Star. A formal lawsuit against the county was filed by his family later that year.

In his complaint, Dionies alleges that Pima County “was negligent in its design, construction and maintenance of the subject roadway and intersection,” which “constituted unreasonably dangerous conditions.”

Specifically, Dionies objected to the fact that some drivers northbound on Sabino Canyon cross over the bike path to continue east on the roadway, “confusing” roadway striping and inadequate signage.

“It’s funneled cyclists into a death trap from day one,” his attorney, Michael F. McNamara, previously told the Star.

More than three years after the incident, the Board of Supervisors approved a settlement offer of $2.1 million last Tuesday. The county attorney provided a copy of the settlement, which was signed by a representative of the victim, and also contained a handwritten stipulation prohibiting either party’s attorneys from speaking with the media about it.

While the county ultimately approved a sizable settlement, it disputed many of Dionies’ claims in court.

“Pima County denies that the roadway in question was unreasonably dangerous and asserts that it was reasonably safe for motorists and bicyclists exercising due care,” one court document reads.

As to the “confusing” striping, the county argued that Warren — the driver — testified he wasn’t confused by it and was familiar with the road.

“Given that testimony, any assertion that the striping was confusing is simply hypothetical — Dionies cannot show any allegedly confusing nature of the striping caused this crash,” the document reads.

While declining to comment on the case, Pima County Transportation Director Ana Olivares told the Road Runner the intersection is generally safe.

Between 2013 and 2017, there were 13 collisions at the intersection, and only Dionies’ involved a bicyclist, according to a report provided by Olivares.

Some striping work was done on the road after the incident, but Olivares said that it had already been planned and was not done in response to the crash. Olivares was not aware of any additional work planned as a result of the settlement.

The northbound Interstate 19 off-ramp will be closed overnight at Duval Mine Road from 10 p.m. Monday to early Tuesday morning. The southbound off-ramp will remain open. The closure is to accommodate bridge work.

The city is currently investigating why the bids came in so high.

Daily ridership has been increasing steadily since debut in November.

The pot of money available under Prop. 101 over the next five years is $40 million.

Northbound traffic on Kolb Road merges into a right-turn lane onto Sabino Canyon Road. Cyclists have the option of continuing straight by riding between the turn lane and the northbound lane.

The location of a bicyclist being struck by a vehicle that lead to a $2.1 million settlement by Pima County.