Pima County set to buy remote ranch for $1.55M to expand its park system
Share this

A remote ranch sprawling across the eastern slopes of the Catalina Mountains — with springs and streams providing prime riparian habitat for fish, frogs, birds and other wildlife — is soon to be purchased by Pima County.

The county Board of Supervisors voted in June to acquire the 3,200-acre Tesoro Nueve Ranch for $1.55 million and make it part of the county park system.

The ranch — part of the estate of Katheryne B. Willock, a noted archaeologist who died in 2017 — includes 1,476 acres of land and 1,807 acres of state grazing leases, according to Pima County documents. Located in the San Pedro River watershed, the site is surrounded by conservation properties owned by the county and its Regional Flood Control District as well as the Coronado National Forest.

“This ranch is like the missing piece of a puzzle that fits into other county acquisitions in the area,” said Julia Fonseca, environmental planning manager with the county’s Office of Sustainability and Conservation. “Those include the Six Bar Ranch, the A7 Ranch and M Diamond Ranch.

“With this acquisition, the entire watershed of Buehman Canyon, an important Sky Island drainage, will be conservation status, protecting a major wildlife linkage to the San Pedro River and beyond,” Fonseca said.

Brian Powell, who is also with the Office of Sustainability and Conservation, emphasized the value of water on the ranch.

“The property contains one of the most important springs in the Santa Catalina and Rincon mountains area, and that spring supports some of the largest populations of native fishes and frogs in our area,” Powell said.

“This ranch has an important role in protecting wildlife,” Fonseca said. “It provides habitat for some species that are rare.

“One of them is the longfin dace, one of the hardiest of native fishes,” she said, “but very few places have that species.”

Fonseca said the site could be used to reintroduce the Gila topminnow, an endangered species.

“It’s a potential site for the water umbel,” a plant native to the Southwest, she said.

The region also is home to “other animals you might not think about,” Fonseca said, “including some unique snails. This acquisition area provides some habitat for these rare snails” such as a land snail called the talus snail.

Other native animals that could benefit from the ranch habitat include the lowland leopard frog and yellow-billed cuckoo, a federally protected species that uses riparian areas.

Planning for possible public access to Tesoro Nueve Ranch would be an extensive process following closing of the sale, expected by mid-August, said Nicole Fyffe, assistant to the county administrator.

“I think there could be public access eventually,” but that would follow extensive consultation with wildlife agencies concerning species living on the land, planning to secure right-of-way access to the property, and possibly finding a rancher to take over day-to-day management of the site, Fyffe said.

Chris Cawein, director of the county’s Natural Resources, Parks and Recreation Department, said it’s important to delay public access until critical issues involving the land and its use are resolved.

“I will not be encouraging public access to Tesoro Nueve at this time,” Cawein said. “Not only do we not have formal possession of the property yet, there are apparently some legal access issues that need to be investigated and resolved since we cannot knowingly or unknowingly encourage trespass.

“Additionally,” he said, “the land has not yet been studied. We believe the biological sensitivity of this property is quite high so we would want to complete a thorough analysis of the habitat and conditions before we decide what level of human visitation, if any, can be tolerated. Early human intrusion may cause irreversible damage.”

County officials provided these details on the planned purchase:

“The total purchase price is $1.55 million, with $488,000 to be paid by the Regional Flood Control District and the balance to be paid by the County Administrator’s Special Revenue Fund at closing, scheduled to occur before Aug. 17. That fund includes $1 million received from a 2014 Kinder Morgan mitigation agreement and can’t be used for purposes other than purchasing land for conservation. No general funds will be used to acquire the property.”

Stay indoors if you can: Tucson included in excessive heat warning today

An excessive heat warning is in place for most of Pima County.

Tucson police is investigating the cause of the incident.

Bonds and overrides pay for everything from art teachers and all-day kindergarten, to putting up new security fences and building new schools.

Tens of thousands turned out to Crossroads at Silverbell District Park for the food, music, games and, really, for the fireworks, July 4th, 20…

Any summer day is a perfect day to head up to Mount Lemmon, where it's usually about 20 degrees cooler than it is down here.

'It's a dry heat:' 25 memes that sum up Tucson summers

Some memes that describe Southern Arizona's hot summers to a T.

Drivers are urged to avoid the area.

Oro Valley police were able to bring the emu back to its owners.

No injuries were reported to fire officials.

Trails on Mount Lemmon lead to a tranquil meadow and colorful wildflowers.

Morning monsoon clouds, before the storm, have their own beauty

Plant is actually good for the water — and ducks love to eat it.

Buehman Canyon runs through Tesoro Nueve Ranch on the eastern slopes of the Catalina Mountains. Says one county official: “This ranch is like the missing piece of a puzzle.” 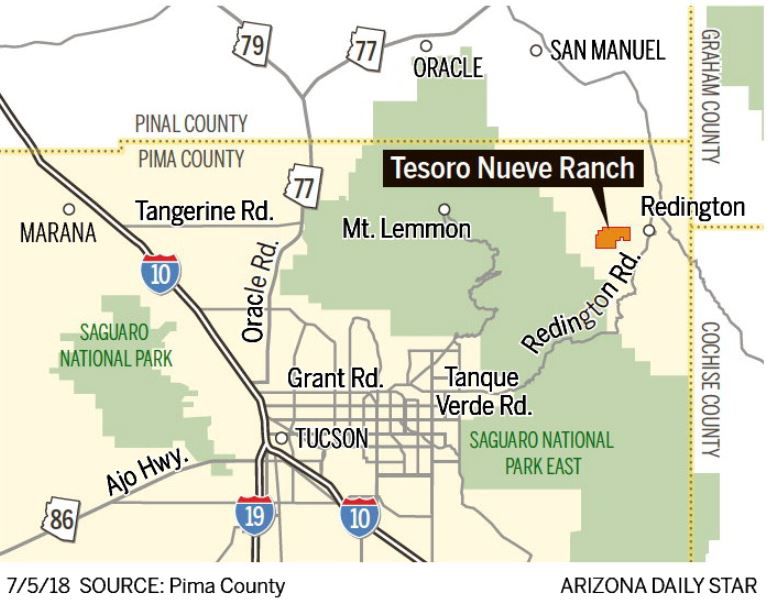 Pima County plans to buy the Tesoro Nueve Ranch on the eastern slopes of the Catalina Mountains. With more than 3,200 acres of riparian habitat including springs and streams, the land is considered important for vulnerable and threatened fish, frogs, birds and other wildlife.