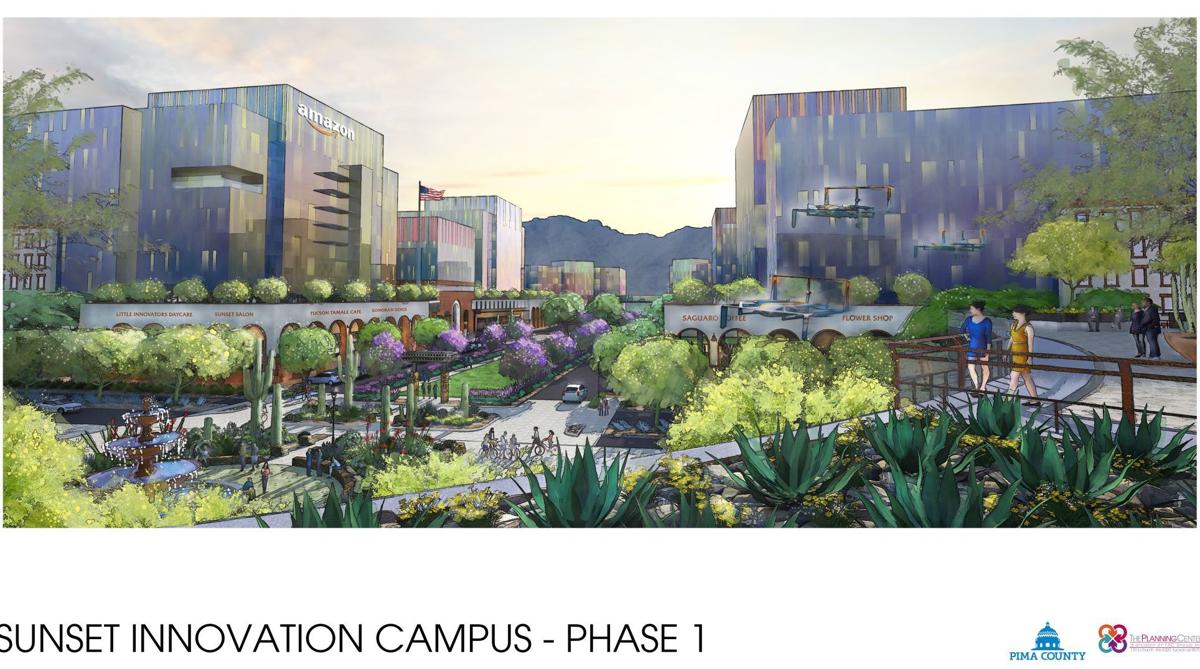 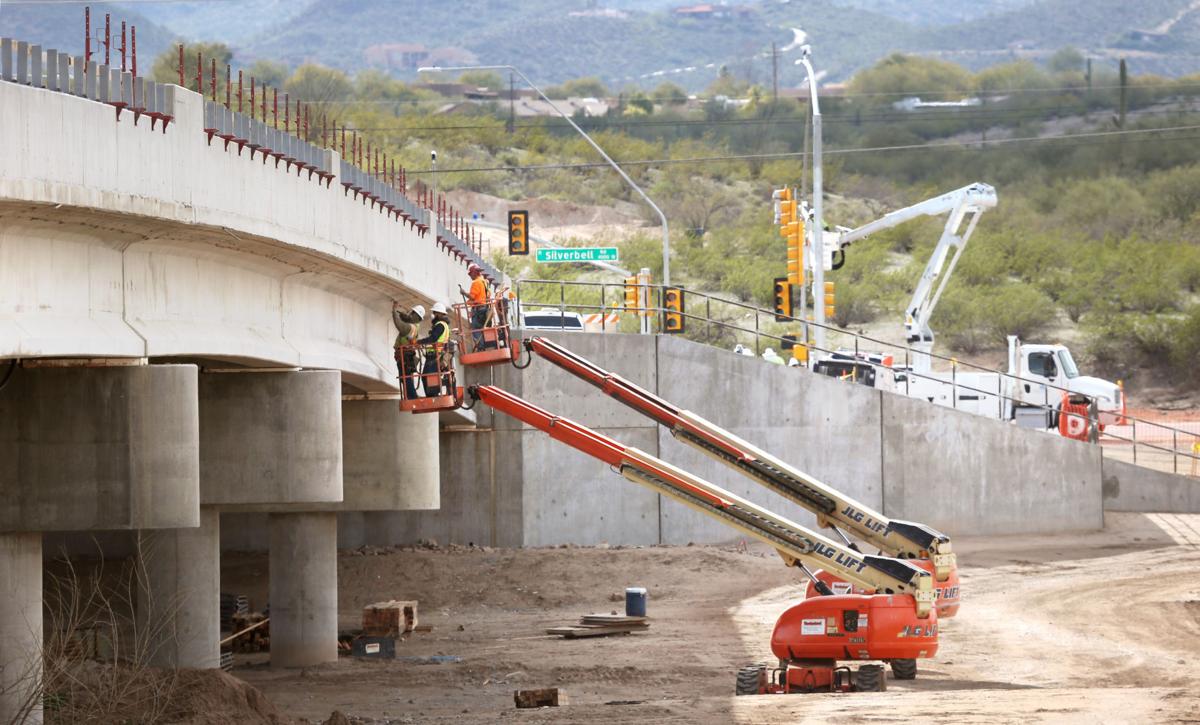 Pima County is hoping that Amazon might consider a 120-acre parcel of land it owns along the recently improved Sunset Road west of Interstate 10 as a possible home for its massive second headquarters.

The county calls it the Sunset Innovation Campus and touts its proximity to the interstate, the University of Arizona, Mexico, the vast cars-free Loop path and the airport, as well as Foothills-area resorts, and housing and shopping.

That’s according to information sent by Pima County Administrator Chuck Huckelberry to Joseph Snell, president and CEO of the regional economic development agency Sun Corridor Inc., in an Oct. 2 letter obtained by the Star through a public-records request.

Before the submission deadline, Sun Corridor spokeswoman Laura Shaw told the Star it would release no details about materials provided by local jurisdictions, including the county and city of Tucson, “due to the competitive nature of the project.”

After the Oct. 19 deadline from Amazon passed, she again declined to provide any information on what was passed along to the ACA. Sun Corridor is partly funded by public dollars, with $650,000 coming from the county in the current fiscal year.

The ACA previously declined a records request from the Star seeking the state’s proposal, which would have shown whether a Tucson location was included and what financial incentives were offered to the company, saying that “doing so could harm the state’s competitiveness in the process.” An attorney specializing in public records questioned the ACA’s reasons for denying the records.

Huckelberry said he has not heard if any Tucson-area site was ultimately included.

The county purchased the proposed headquarters site, along with several hundred more acres, from CalPortland Cement for around $4 million several years ago. The sizable acreage outside of the campus is intended for open space and recreational developments, according to the letter.

The site can accommodate the proposed 500,000-square-foot initial development and eventually the 8 million square feet of office space envisioned by Amazon, and “could be built on today,” according to Huckelberry’s letter.

Amazon’s second headquarters would bring an estimated 50,000 jobs and billions in construction spending. The company received an estimated 238 proposals from communities across the country, according to an Oct. 23 Associated Press report. A final decision is expected in 2018.

As to the possibility of a deal similar to the World View project, in which the county built a facility on behalf of the company with the hope of recouping the costs and more through lease payments, Huckelberry said the retail behemoth would likely be able to finance its own construction.

“I would think their budget is a little bigger than ours,” he said.

Huckelberry described the county’s odds of landing Amazon as a “long shot” but added that the exercise of trying to lure a company of that magnitude “positions us better for the next company that comes along.”

Nevertheless, officials are going to “keep our fingers crossed” for Amazon, Huckelberry said.

The offer included several underused, primarily vacant parcels near downtown, along with three types of tax incentives that the online shopping giant would qualify for, explained Nick Ross, an economic development analyst with the city.

They include site-specific tax abatement for the Amazon headquarters, a property tax waiver better known as a Government Property Lease Excise Tax and a tax incentive for creating new jobs.

Ross said he could not estimate how much the deal with Amazon would be worth, as the city supplied the Sun Corridor with a range of tax breaks it could offer but did not see the final proposal sent to the state.

The University of Arizona’s Tech Parks Arizona, near South Rita Road's intersection with Interstate 10, also threw its hat in the ring.

“We offered up 100 acres,”  Bruce Wright, the facility’s head, told the Star Wednesday.

It would be part of a larger mixed-use development still in the works called the Village at the Tech Park, which Wright said would have also have retail, hospitality and residential elements.

Like Huckelberry, Wright did not know if the UA’s suggested location made it into the ACA’s final pitch.

Arizona is winning games and breaking records ever since Tate took over as the Wildcats' starting quarterback in an October game against Colorado.

Who knew we had hoodoos?

Hoodoos might sound a little Halloween scary -- but they are simply quirky rock formations along the Catalina Highway. Video by Doug Kreutz, A…

Greg Hansen: Arizona Wildcats are winning, but where are the fans?

Even with emergence of electrifying Khalil Tate, UA Football struggles to draw 40,000.

A damage estimate is unknown at this time.

Why wait until Thanksgiving to enjoy a feast, when two of the state's best buffets are right here in town.

What will Bill Walton say about Portales, N.M. during the UA-ENMU game?

The building will be renovated and reopen as a salon and spa.

Ask Amy: Mother's cancer gets in the way of a wedding

October saw near-record warmth; November looks warmer than normal but there's an equal chance of a wetter or drier than normal month.

Most hotel, apartment pools do well in county health inspections

More than half failed no inspections over the last four years.

Tucson weather: Clouds in the forecast, but no chance of rain

While temperatures have cooled down, they're still unseasonably warm.

The planned Fry's Marketplace and gas station is about 2 miles from Saguaro National Park-East.

With state approval sales could begin early next year at basketball games.