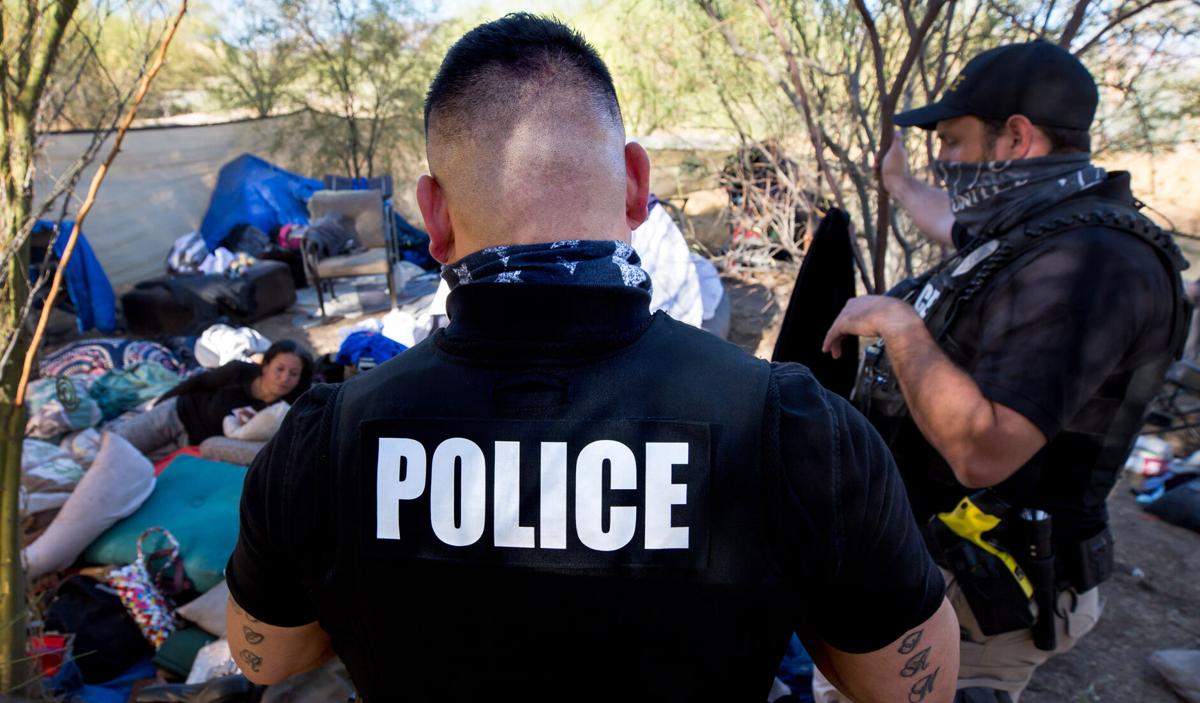 The 2022 fiscal year budget for the city of Tucson includes money for raises for the police department.

Pima County Sheriff’s deputies are not expected to see significant raises in the next fiscal year county budget.

Both Pima County and the city of Tucson are set to adopt final budgets Tuesday for the next fiscal year.

After months of fine-tuning priorities for the fiscal year beginning July 1, the county is set to approve a $2.1 billion budget, and the city will consider adopting a $1.9 billion budget on June 22.

City Council members and the county Board of Supervisors will vote on approving the largest budgets in each jurisdiction’s recent history that emphasize pandemic recovery, employee compensation and community safety.

The county has $350 million in federal grants built into the budget for COVID-19-related expenses. County Administrator Chuck Huckelberry said that money will continue to fund vaccinations, testing and recovery on a regional level.

“I think what happens is when people think of the city getting COVID-related money or the county getting COVID-related money, they often forget that we are the regional public health agency,” he said. “As such, we bare the burden of these expenses, the lion’s share, so most of (the federal grants) will be related and spent on public health related functions the county does on a regional basis.”

Outreach from the county’s Health Department to vaccinate those who have yet to receive a shot is also a big expense. The county is reaching a plateau in daily vaccination rates, and about 53% of Pima County’s population eligible for vaccines had been fully vaccinated as of Thursday, June 17, according to CDC data.

The county is also using its federal grants on rent assistance and eviction prevention, including $2 million to provide legal assistance to tenants facing eviction over the next two years.

In a mission to provide pandemic recovery assistance, Tucson is spending $816,000 on hiring small business navigators and initiating a program called “Ignite Tucson.”

City Manager Michael Ortega said small business navigators will have conversations with local businesses to provide expertise on development, while “Ignite Tucson” will serve as a marketing program to promote businesses and potentially provide them funds for recovery efforts.

The city has $67 million from the American Rescue Plan budgeted in several areas including housing and transportation. However, Ortega said he’s still waiting on federal guidance on how the dollars can be spent.

In fiscal year 2022, the city and county are also implementing wage increases for their employees.

The county is dedicating about $7.2 million to raise county employees’ minimum wage to $15 an hour, impacting the pay of nearly 2,000 workers once compression adjustments are made.

“It’s important that we give all county employees the ability to have a livable wage. That’s probably the No. 1 reason,” Huckelberry said. “No. 2 is the fact that we need to remain competitive, and salaries are being raised everywhere, particularly for folks who are permanent, full-time.”

The city already has implemented organization-wide raises for employees making wages below the standard market rate that similar positions in nearby jurisdictions are paid.

In total, $33.5 million has been dedicated to bring city employees’ pay up to market rates. Employees not impacted by market adjustments will see a 2% pay increase.

Before the City Council approved the raises May 4, the city manager provided council members a five-year plan demonstrating how vacancy savings and revenue increases from a lower attrition rate of city employees can fund the raises over time.

According to Ortega, city employees began seeing raises in their paychecks Thursday. Once the budget is passed, employees who have worked with the city for 28 years or more will see a one-time $2,000 payment.

“I thought it was important for us to recognize that those 28-plus-year employees have carried us through many, many years,” Ortega said. “So I suggested to the council we address that in a one-time recognition.”

But the $7.4 million worth of raises within the police department comes with another $5.1 million worth of funding to develop the city’s community safety program. The City Council initiated the program in response to calls for defunding the police after the in-custody deaths of Carlos Adrian Ingram-Lopez and Damien Alvarado.

Fiscal year 2022’s budget includes funds for Phase 2 of the community safety program, which Ortega describes as the implementation of “a moralistic approach to community safety.”

Part of the $5.1 million includes hiring 14 social workers and records analysts to expand the program. The city also plans to hire three independent police auditors who look into citizen complaint investigations of the police department.

The budget also includes hiring 20 community service officers, who are non-sworn officers who respond to incidents such as non-injury traffic accidents and requests for community assistance.

“I think the development of the community safety program is to really challenge the way that we provide service to the community in a way that makes sense and follows along with what the community wants,” Ortega said. “There’s an evolution of how the service is provided, and these civilians help us in that response to our community’s needs.”

The county’s deputies, however, are not set to see significant raises in the next fiscal year. Sheriff Chris Nanos requested a 10% salary increase for all county deputies in order to remain competitive with other police departments’ pay, including the newly raised wages in Tucson’s police department. Huckelberry is recommending the Board of Supervisors deny the request.

He said the county’s salaries for deputies are competitive with neighboring agencies and that deputies received more than a 19% pay increase between 2015 to 2019.

“Sheriff deputies are adequately compensated now and probably for the near term future simply because of the raises that they’ve been given over the years,” Huckelberry said. “There’s no rhyme or reason, no logic to it. It’s just an irrational request.”

However, the sheriff’s department is budgeted to receive $2.1 million for body-worn cameras for every deputy and corrections officer. The money will also fund new Tasers, “because the other Tasers could be confused with a weapon,” Huckelberry said.

He said the supervisors “will take a very active role in what we call governance of the sheriff’s department from the perspective of public disclosure, public transparency of what’s occurring. Body-worn cameras are one component of transparency.”

The sheriff’s department is also set to receive $3.8 million in technical support in the form of wages, benefits and operations funding for information technology.

Funds are also dedicated to transportation improvements in fiscal year 2022. Ortega said the city has $14 million earmarked for road improvements above the traditional amount taken from the city’s highway user revenue fund. The county’s budget has $84 million dedicated to improving unincorporated roads.

Overall, Ortega said the city’s budget is structurally sound, not only for the next fiscal year, but the years to come.

“We will be structurally balanced by the end of ‘24 and as early as ‘23. What that means is the strategies that are employed for all these programs are really stabilized in a structurally balanced manner within that time frame,” he said. “That’s an important facet of budgeting, is looking to the future and making sure that decisions we’re making today won’t put us in harm’s way into the future.”

The budget “responds responsibly to where we are with the pandemic, and it tries to make the most of federal aid relief that is being received by the county in order to significantly strengthen our public health response in the community,” Huckelberry said.

The new county budget includes funding for its early education program and body-worn cameras for the Sheriff's Department.

The proposed $2.1 billion budget is the largest in county history, heightened by federal COVID-19 grants and paying down law enforcement pensions.

After nearly 14 months of pandemic-related chaos surrounding evictions in the Tucson area, some recent changes appear to be helping.

Tucson City Council unanimously approved wage increases to bring city employees’ salaries up to  rates of other governments within the next two years.

Over $20 million still available in Tucson for eviction prevention

The funds can provide landlords and property owners with up to a year in back rent and three months in advance rent for tenants seeing COVID hardships.

The 2022 fiscal year budget for the city of Tucson includes money for raises for the police department.

Pima County Sheriff’s deputies are not expected to see significant raises in the next fiscal year county budget. 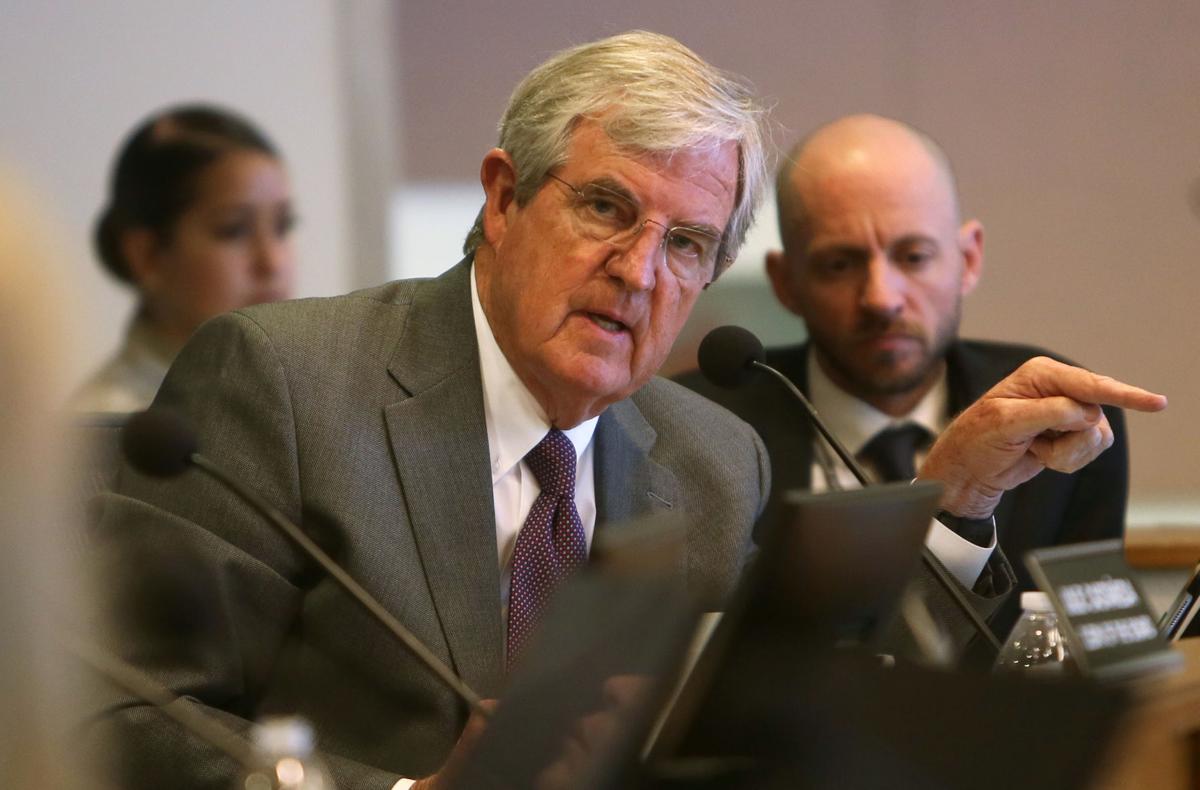 Pima County administrator Chuck Huckelberry is recommending no raises for Sheriff deputies because they are already "adequately compensated." 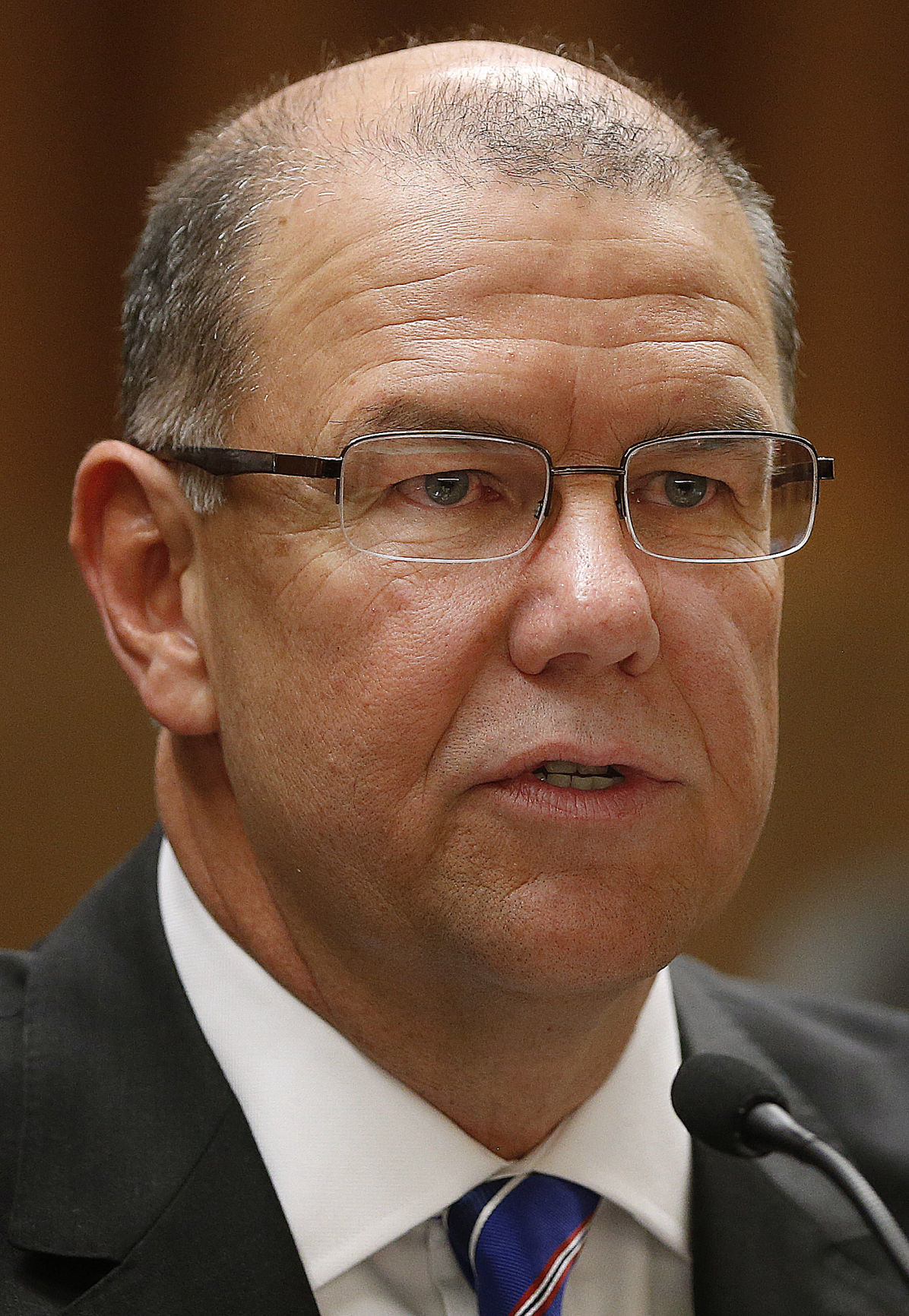