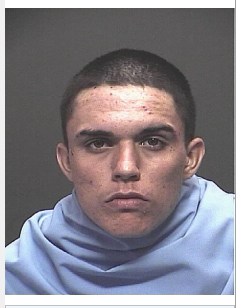 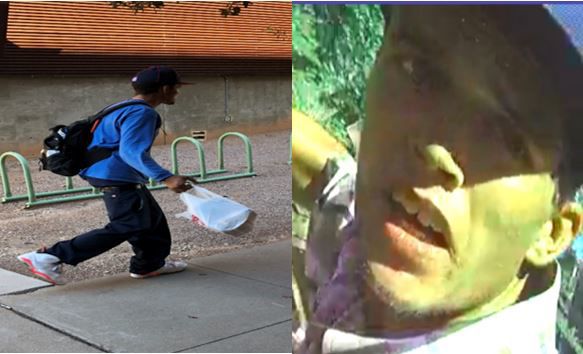 University of Arizona Police are searching for this male suspect who allegedly assaulted a police officer.

The man accused of kicking a University of Arizona police officer in the face has been arrested, police said.

Police said Ivar Lortz Valenzuela assaulted the officer on Oct. 26 after the officer tried to arrest Valenzuela for stealing a bicycle, according to a news release from the University of Arizona Police Department.

The attempted bicycle theft occurred near the Electrical and Computer Engineering Building on the 1200 block of East Speedway Boulevard and Valenzuela fled on a bus, UAPD said.

An officer caught up Valenzuela north of Speedway and Valenzuela allegedly kicked the officer during the struggle. Valenzuela then fled into a neighborhood. The officer sustained minor injuries, UAPD said.

The South Tucson Police Department arrested Valenzuela on Nov. 9 on an unrelated arrest warrant. Officers then matched Valenzuela to a description released by UAPD, according to the news release.

Valenzuela was charged with one count of aggravated assault on a peace officer. He also was given an exclusionary order that prohibits him from being on the UA campus for the next 12 months.

Misconduct claims led to probes of 16 University of Arizona athletes, staffers since 2012

The man ran into a campus-area neighborhood after fighting with the officer, police say.

More burglaries, fewer alcohol violations at University of Arizona in 2017

UAPD Chief Brian Seastone encourages people to use their cellphones for safety, which includes using apps, recording evidence and calling the police instead of waiting until later.

Scammers are contacting TEP customers and demanding rapid, large payments under threat of loss of service

University of Arizona Police are searching for this male suspect who allegedly assaulted a police officer.