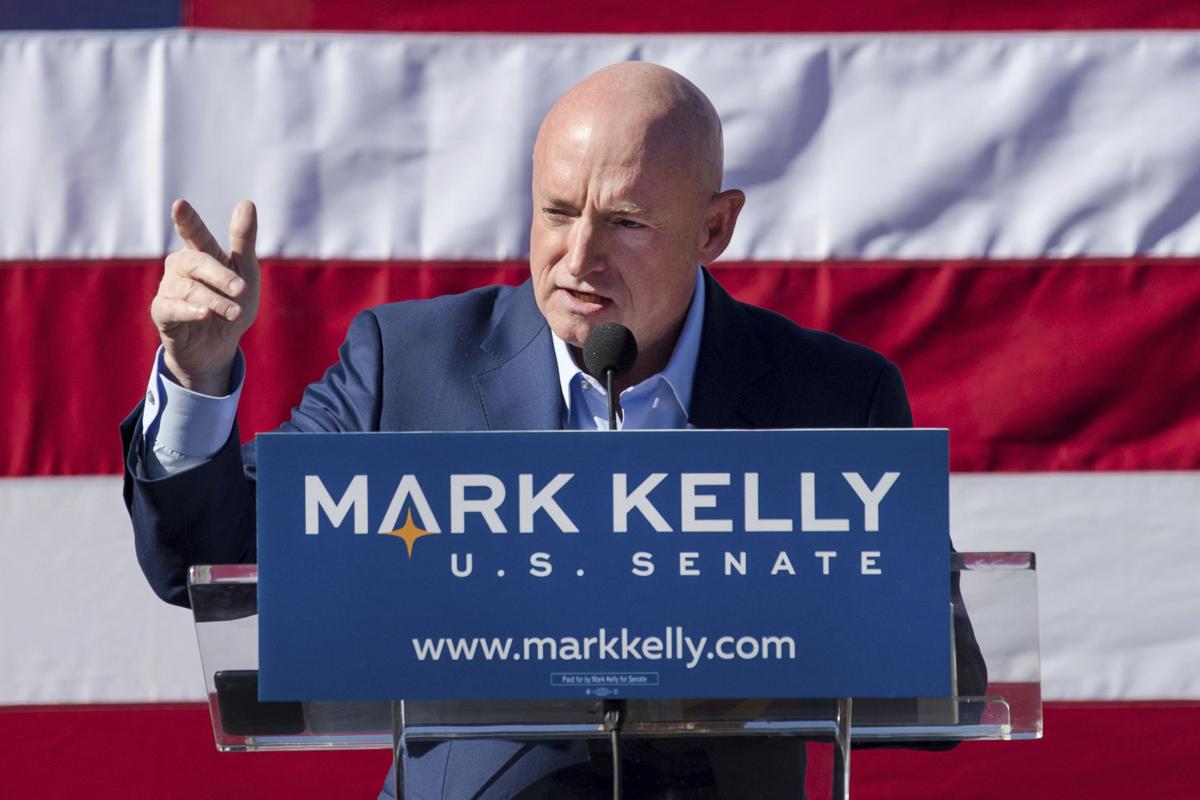 Democrat Mark Kelly, a first-time candidate and former astronaut who is challenging Republican Sen. Martha McSally, apologized for offensive remarks he made in 2018. 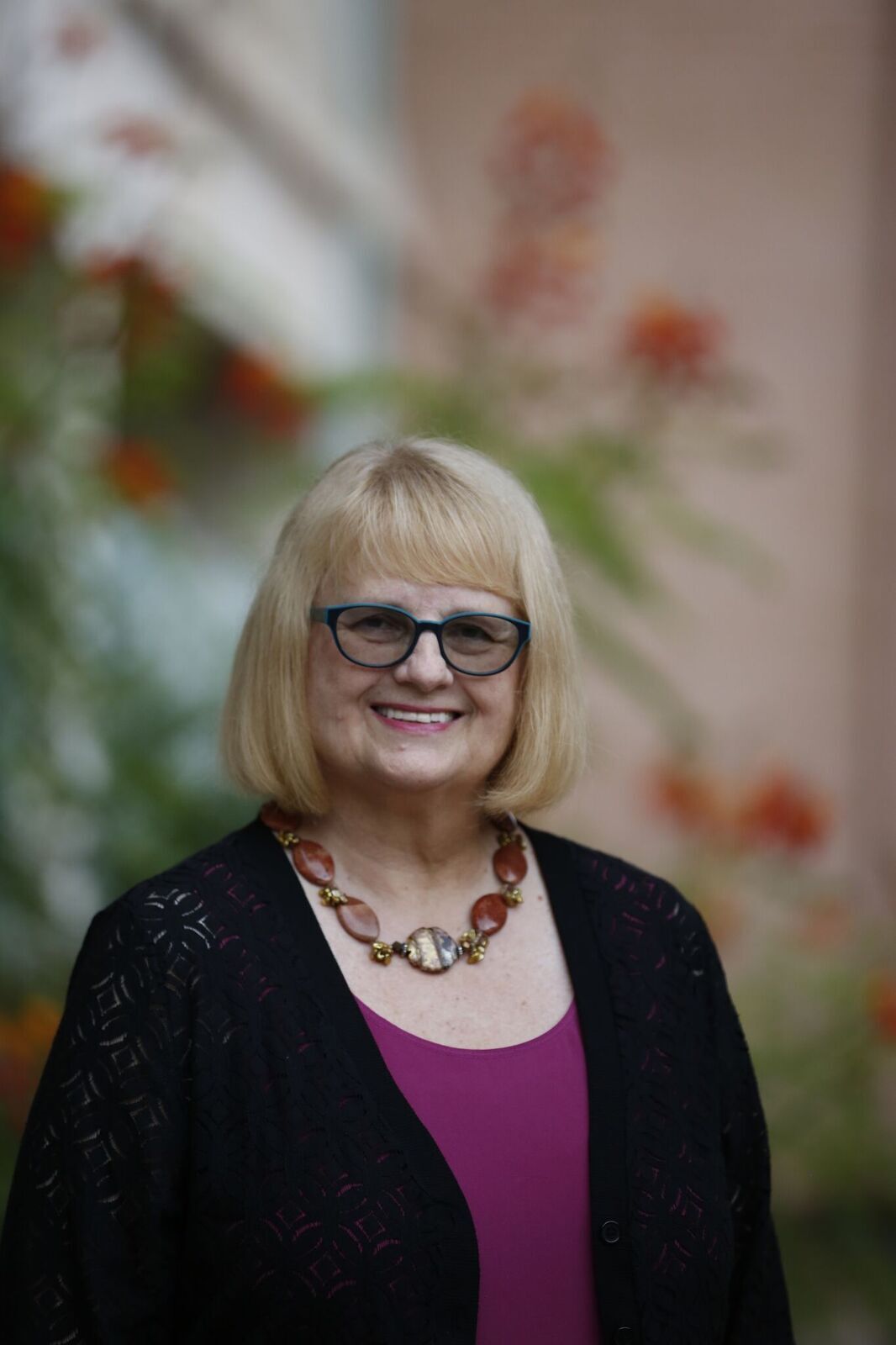 Andrea Dalessandro of Southern Arizona could be in line for a leadership role if the Democrats win the state House in November.

Democratic Senate candidate Mark Kelly is apologizing for an offensive remark he made during an appearance at a Boy Scouts of America event in New Jersey in 2018.

The retired astronaut was talking to the crowd about how his brother, Scott, had his DNA altered during his year-long stint on the International Space Station.

Kelly joked that his twin brother had turned into a monkey, so they changed his name to Rodrigo and released him back into the wild.

A video of the remark was posted on Twitter Thursday by Phoenix-area Republican businessman Moses Sanchez, who called the joke “racist” and the video “shameful.”

“He must think people named Rodrigo look like monkeys,” wrote Sanchez, a Navy veteran who lost a bid for mayor of Phoenix in 2018. “Time to move past this type of racism & time for the media to scrutinize Mark Kelly more thoroughly like they would a Republican.”

Kelly apologized in a statement to the Arizona Republic on Thursday.

“My brother’s year in space was really hard on him and we tried to bring some light to his difficult ordeal, but this comment does not do that and I apologize and deeply regret it,” the Democrat told the Republic.

A slate of Democratic House candidates, anticipating the party may win the chamber’s majority in the November election, has launched an early challenge to the party’s current leadership.

One of the new slate’s members, Andrea Dalessandro, is a Southern Arizona legislator.

The self-titled Democratic Unity Caucus is led by Rep. Diego Espinoza, of Tolleson, who plans to run for speaker. Rep. Jen Longdon of Phoenix will be a candidate for majority leader. And Dalessandro will run for majority whip.

Democrats haven’t held the majority in the Arizona House since 1966, but Republicans only held a 31-29 advantage after the 2018 election.

The party’s current leaders in the House are minority leader Charlene Fernandez, of Yuma, assistant minority leader Randy Friese, of Tucson, and whips Reginald Bolding of Phoenix and Athena Salman of Tempe.

Fernandez announced Tuesday that she plans to run for leader of the Democratic caucus but warned via Twitter that “it’s time to focus, not fight.”

Dalessandro said she was asked three weeks ago to be part of the slate and thinks the group will be a unifier, in part because it bridges the party’s factions. She is one of the party’s most progressive members, but Espinoza and Longdon are considered more moderate.

Dalessandro, an outgoing member of the state Senate, is hoping to join Rep. Daniel Hernandez as seat mates in the House. The two Democrats are being challenged by Republican Deborah McEwen of Rio Rico.

Hernandez said if he wins, he plans to support the Espinoza-led slate.

“Diego and Jen are very pragmatic. Andrea is very progressive,” Hernandez said. “It creates a really good balance, because all factions of the caucus will be heard. The No. 1 thing we need to do is work together as a unit and be cohesive.”

Rep. Pamela Powers Hannley of Tucson said she plans to support Fernandez. She noted that Espinoza and Longdon were endorsed by the Arizona Chamber of Commerce, a group she’s wary of.

In fact, this leadership slate appears to be an outgrowth of an earlier effort by the Arizona Chamber and Greater Phoenix Leadership to elect Democrats who are friendlier to their agendas, in case Democrats win the House, said one-time Republican Majority Whip Chris Herstam.

In February he wrote in the Arizona Mirror about an effort to recruit a group of legislators referred to as “the Zs” because they all had the letter Z in their names. Espinoza was one of them. But the business community’s efforts to defeat progressive Democrats in the primary failed, Herstam said.

His experience, he said, is “Friends come and go, but your enemies only accumulate when you lead a caucus. Over time there will be bruised feelings.”

The owner of a dog reportedly said “Black Lives Matter, b---h” before letting the dog loose at Himmel Park to attack the husband of a local legislative candidate.

Justine Wadsack, a Republican candidate for state Senate in Legislative District 10, wrote in a Facebook post that her husband was attacked by a dog earlier this week while on a run in the park.

The dog owner saw her husband, let the dog off its leash and the dog attacked her husband’s leg, Wadsack wrote in the Facebook post. The dog owner then hurled expletives at Wadsack’s husband while he was lying on the ground with a bite wound to his leg.

The dog owner, who Wadsack described as a white or Hispanic man, yelled “stay down or I’ll have him take another bite! If you try to get back up, or come after me, you better have your hands up!,” Wadsack wrote.

Wadsack declined to comment on the incident to the Star.

Wadsack said in her post that they had filed a police report. The Star sent a records request to Tucson police but has not heard back yet.

A report of a dog bite was filed with the Pima Animal Care Center, but no details were available.

U.S. Senate candidates Martha McSally and Mark Kelly have set their first debate for Oct. 6, according to the Arizona Republic.

McSally announced Thursday that she agreed to the in-person debate that would focus “on issues at the top of voters’ minds” in advance of the Nov. 3 election, according to the Republic, which is among the hosts of the debate. Kelly had previously agreed to that date and one other.

Polls have continued to show that Kelly has maintained a consistent lead over McSally, who lost her first bid for Senate to Sen. Kyrsten Sinema. McSally was later appointed to the Senate after the death of Sen. John McCain.

Voters can watch or stream the debate on PBS, KJZZ, AZPM or azcentral.com. Details about time and format will be released at a later date.

Tucson has been a popular stop of Presidential candidates for more than 70 years. From Kennedy to Goldwater to Reagan, they harnessed the dive…

Across Pima County, 22,247 cases of coronavirus have now been confirmed, up 107 cases from the day before.

Tim Steller's opinion: Invest in Ed has flaws, but opponents owed us an alternative

Arizona's Prop. 208 would impose a higher tax on the wealthiest. Business groups oppose it, but their arguments are tenuous, and they should have produced an alternative after defeating a similar initiative in 2018.

Political experts weigh in on how the Senate race between Martha McSally and Mark Kelly might impact the fight to fill out the Supreme Court and vice versa.

They were just enforcing the law, not deliberately taking kids from their parents, administration officials claimed. That and other lies justified the policy that caused a scandal in early 2018. The policy seemed to have died, but family separation lives on.

Pima County's early voters are turning out in significantly bigger numbers than in 2016. Also: Two top debate coaches were unimpressed by McSally-Kelly debate; and an SNL cast member sings her way into Arizona politics.

Democrat Mark Kelly, a first-time candidate and former astronaut who is challenging Republican Sen. Martha McSally, apologized for offensive remarks he made in 2018.

Andrea Dalessandro of Southern Arizona could be in line for a leadership role if the Democrats win the state House in November.