The National Republican Senatorial Committee is encouraging candidates to address the coronavirus by attacking China, according to a strategy memo detailed in Politico last week.

The memo, written by a top GOP consulting firm, calls for campaigns to blame the Chinese government for covering up the pandemic and to label their Democratic opponents as “soft” on the Communist regime.

This approach might sound familiar to anyone following the Senate race in Arizona.

Sen. Martha McSally has spent much of the past month blasting China for spreading misinformation about the virus and the World Health Organization for abetting that effort.

At the same time, McSally has mostly praised the Trump administration’s response to the crisis, especially after the president delivered on a request for 100 extra ventilators for Arizona.

That’s not all she has done, of course.

In addition to her work in the Senate on various COVID-19 relief packages, McSally has helped out at a food bank in Phoenix, donated blood and encouraged others to join her, accepted an appointment to the White House’s economic recovery task force and hosted a series of telephone town halls to update constituents on the pandemic.

On Tuesday, she signed onto a letter urging the Trump administration to develop a fully domestic supply of rare-earth elements used in the manufacture of defense technologies. Currently, the U.S. relies on China for such hard-to-come-by minerals.

A Sahuarita Town Council member resigned last week after it was determined that his appointment violated state law — and his post could remain vacant past the summer.

Mayor Tom Murphy announced that the council spot vacated by Erik Dahl will be determined by the upcoming election — not by mayoral appointment — due to “circumstances and timing,” according to a news release. The primary is scheduled for Aug. 4.

“With the primary coming so quickly, it makes sense to let the voters decide,” Murphy said. “Council recess normally occurs in July through most of August, and considering the time it might take to make an appointment, we think it’s a good idea to leave the seat vacant until the election. In the event that the primary determines a winner by majority (as defined by law) there will be no general election, and that person could be appointed at that time to begin immediate service.”

Dahl, who works for the Arizona Department of Corrections, resigned earlier in the week after he and his supervisors became aware of a state statute that bars state employees from holding paid elective office, the release said. The town said it did not know about that when he was appointed in August 2019.

A town spokesman said Dahl will not repay the $500 monthly stipend he has received since his appointment but will not receive any further money since he has now resigned.

Arizona Republican Party chair Kelli Ward, who has taken aim at health-care providers counter-protesting those around the country wanting to reopen state economies, doubled-down on her comments — and more.

Ward, a doctor and former state senator who twice lost the Republican primary for U.S. senator, urged protesters to wear scrubs and masks — and essentially moonlight as nurses and doctors.

She sent her tweet after photos and stories of Lauren Leander, an ICU nurse in Phoenix, went viral after she protested an economy-opening rally at Arizona’s state capitol.

“Planning protest to #ReOpenAmerica? EVERYONE wear scrubs & masks — the media doesn’t care if you are really in health care or not — it’s the “message” that matters!” Ward tweeted.

Unsurprisingly, the tweet drew the ire of the opposite party.

“If anyone’s status as a health-care professional should be questioned its (sic) Dr. Kelli Ward’s, considering her unwillingness to promote the advice of health experts. Irresponsible, shameful tweets like this do nothing to help people afflicted with the virus or the health-care heroes who are working to save lives,” Arizona Democratic Party spokesman Matt Grodsky said in a written statement.

Pima County Administrator Chuck Huckelberry is asking state lobbyists to continue to press for the option of conducting an all-mail election amid the COVID-19 pandemic.

Before its adjournment in March, the Republican-run state Legislature was asked by Secretary of State Katie Hobbs and the Arizona Association of Counties to consider the option of moving to an all-mail vote for the Aug. 4 primary and the Nov. 3 general election.

Lawmakers did not give the proposal a hearing before adjourning, citing the risk of voter fraud as the primary reason for not allowing a switch to all-mail balloting.

Typical Election Day activity in Pima County requires the employment of 2,400 intermittent poll workers, Huckelberry said. The average age of these workers is 67, which means most are at higher risk for developing severe illness.

“We also have begun to have polling place issues where we are beginning to hear reluctance to lease locations for polling places because of public gathering,” said Huckelberry in an April 24 memo. “In addition, many of our polling locations will not be able to easily meet social distancing standards. This simply would make it more confusing for voters.”

Huckelberry also said the data, which shows that the majority of ballots are completed by mail already, supports the switch to all-mail voting. For the most recent Presidential Preference Election on March 17, which happened one week after Pima County’s first COVID-19 case, data showed that only 10.4% of all ballots were done in person.

If the push for all-mail voting is unsuccessful at the state level, county residents can still request mail-in ballots through the Pima County Recorder’s Office. Requests must be submitted by July 24 for the primary election and by Oct. 23 for the general election.

Eric Ruden, who is among the group of Republicans vying to challenge Democratic U.S. Rep. Ann Kirkpatrick in the second congressional district, has attracted the eye of the National Republican Congressional Committee.

The small business owner, who now has received the most contributions among Republicans in the race after Shay Stautz withdrew, was named to the NRCC’s Young Guns Program, which provides support and tools for candidates to “run successful, winning campaigns against their Democratic opponents,” according to a news release.

“These candidates are instrumental in helping Republicans reclaim the House majority,” House Republican leader Kevin McCarthy from California said in a statement. “With their continued hard work and dedication, Republicans will be one step closer to sending the socialist Democrats packing in November.”

New voter ID cards are in the mail

In an effort to test Pima County voters’ address accuracy, the recorder’s office mailed out voter identification cards to registered voters this week.

The card, along with another form of ID, might be used to identify a voter at a polling location.

Tucson Mayor Regina Romero expressed frustration in a tweet about how she wasn't given a heads up by governor about curfew. 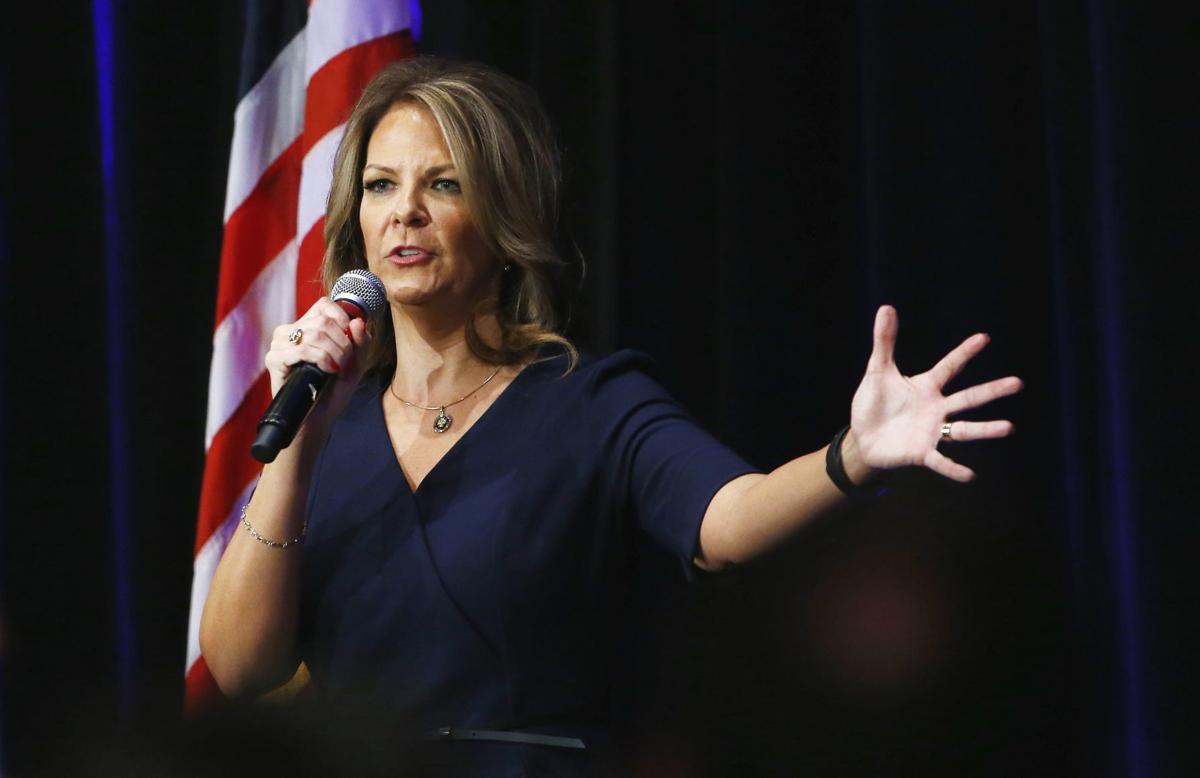 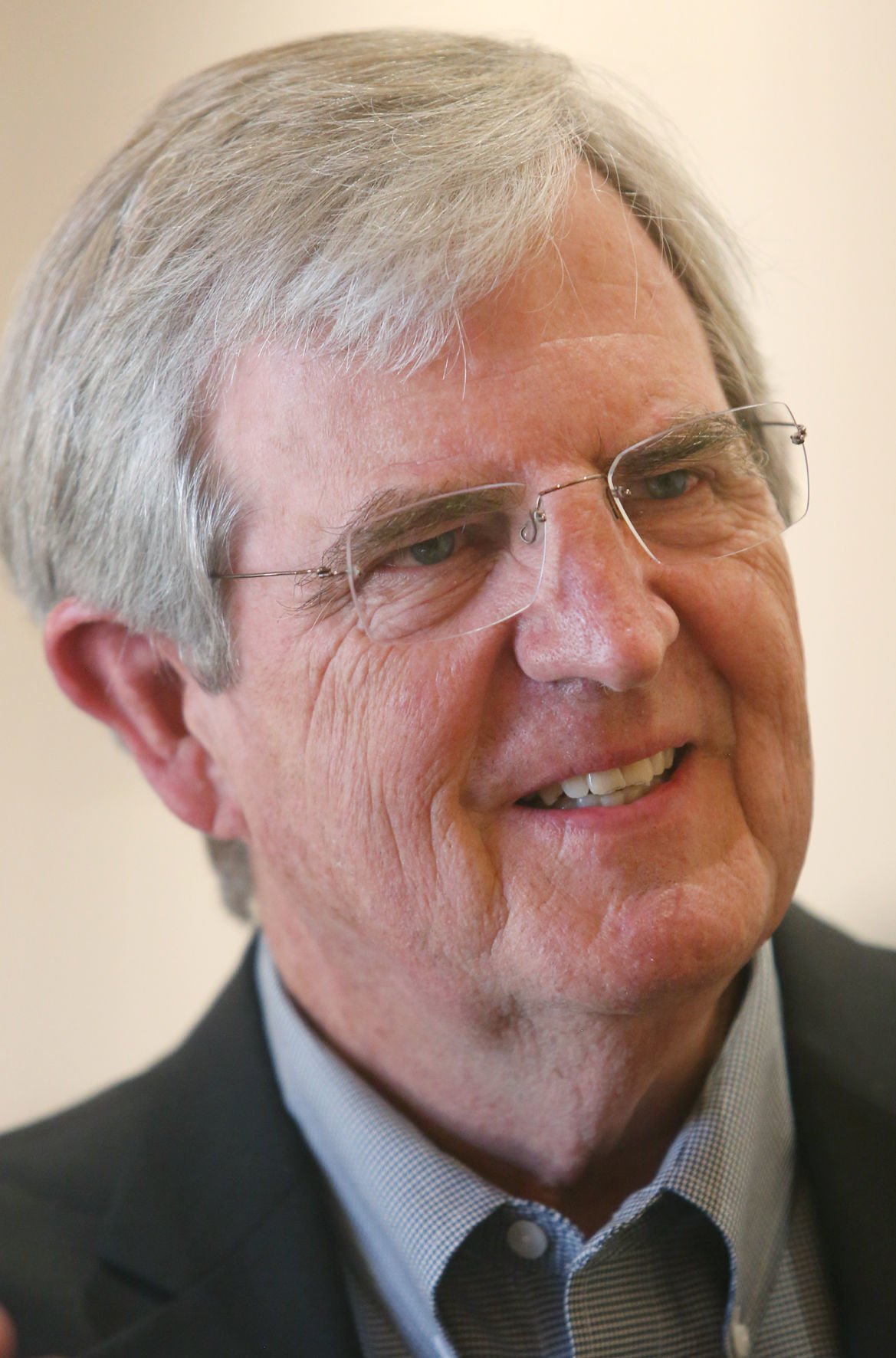