Pima County Republican Party Chairman David Eppihimer engaged TUSD Superintendent Gabriel Trujillo in a contentious email argument over a “Climate Science, Advocacy Forum” at Pueblo High School, which had sponsoring organizations that Eppihimer said were “radical environmental extremist groups and would be classified by many as terrorist organizations.”

The Feb. 29 event was sponsored by Center for Biological Diversity, a Tucson-based conservation nonprofit, Sierra Club, LUCHA, Defenders of Wildlife and Pueblo High School. It was advertised as being an environmental forum on climate science and advocacy training where community members would discuss local consequences of climate crisis and participants could send a video to elected officials urging climate action.

Eppihimer asked that Trujillo take “swift and forceful” action, cancel the event and issue a statement that “political indoctrination will not be tolerated in TUSD schools.”

After not receiving a reply, Eppihimer sent another email, a few days after the event, this time CC’ing more than a dozen local reporters. He asked what Trujillo would do in the future to “prevent political activity on public school grounds.”

Trujillo responded that it was a voluntary student-sponsored event scheduled for a weekend and was not facilitated by school employees.

“Banning students from their right to express themselves via the first amendment during a non-instructional day in which attendance of the event is voluntary and taking place on the grounds of the public school that they attend would be a flagrant violation of student civil rights on the part of the district,” Trujillo wrote.

Eppihimer replied to Trujillo’s email, in an exchange that became increasingly contentious with ever-present niceties sprinkled in. Eppihimer said TUSD was “substandard,” with poor leadership.

Referencing longtime governing board member Adelita Grijalva, Eppihimer said, “The Democrats are playing the long game in the war between Socialism and Capitalism and Raul’s offspring is following in the footsteps of her father in this war. The disempowering of the Grijalva's [sic] is the only solution to the disintegration of TUSD.”

“Perhaps the only cure is one that has been floated by many over the years: Break it up and peace meal [sic] its parts out to neighboring school districts,” he wrote. “Maybe then the cancerous priorities of your Governing Board can be finally excised.”

Trujillo responded with a list of TUSD’s accomplishments, saying that Eppihimer’s “hostile, angry, and unfounded attack” on TUSD was full of inaccuracies and “expresses a deep seeded [sic] disdain” for the district, students and educators.

After Eppihimer corrected Trujillo’s misspelling of “deep seated,” without noticing his own grammatical and spelling errors, he said “a PhD ain’t what it used to be, apparently.”

“I want to thank you very much for taking the time to bring my typographical error to light,” Trujillo said. “It is duly noted. Hopefully, in the future, the time, energy, and labor intensive effort necessary to check my spelling and scrutinize weekend student activities at Pueblo High School will be expended towards at least fielding a GOP candidate next time there’s a mayoral election.”

Foster made the announcement Wednesday, March 4, in an op-ed for the Tucson Sentinel.

Bringing culturally relevant curriculum back into TUSD classrooms after the district’s controversial ethnic studies program was eliminated was one of the primary goals Foster hoped to address when she decided to run for the board in 2011, she told the Star.

Having attained that goal and others, Foster decided to conclude her time on the board. There are also a couple board candidates she could get behind, Foster said, without saying who. She hopes the community elects an educator and a TUSD parent to the board.

In addition to Foster, the terms of board members Rachael Sedgwick and Bruce Burke are also up this year, making for a total of three seats up for grabs in November. As of March 5, eight at-large candidates had submitted a statement of interest to run.

Foster is proud of the strides the district has made with its dual-language programs, student discipline, and in the decades-old desegregation case, she says. She also thinks re-opening Wakefield Middle School and the creation of a new JTED high school are important steps the district is taking.

“I’m very proud of the work,” she said. “I’m proud to stand up for the values that so many people in Tucson care about.”

The picture featured Sheriff Mark Napier with a stretched, Pinocchio-like nose, and reads “A State Commission says Sheriff Napier — and his top command — LIED UNDER OATH! If you can’t trust your Sheriff, who can you trust?” It appeared in last Sunday’s Arizona Daily Star.

“I don’t believe any of them. I think they lied to us,” also appears at the bottom of the anti-Napier ad. The quote was taken from Mike Hellon, a member of the Law Enforcement Merit and System Council, stemming from allegations Napier and members of his command staff committed perjury during a merit board hearing. The ad was paid for by “Nanos for Sheriff” in support of Napier’s predecessor, Chris Nanos, who is seeking the post after losing in the 2016 election.

Senate hopeful picks the right candidate — at least for now

At the moment, it looks like Senate candidate Mark Kelly has backed the right Democratic presidential hopeful.

The retired astronaut threw his support behind Joe Biden on Monday, then watched as the former vice president seized the overall delegate lead during Super Tuesday. Kelly announced his choice in a pair of Twitter posts, joining the growing chorus of Democrats who are standing with Biden, a list that also includes Arizona Sen. Kyrsten Sinema, who also announced her endorsement this week. “We need a president who will unite us and find common ground to get things done. That’s why I’ll be voting for Joe Biden,” Kelly said.

On Feb. 18, incumbent Sen. Martha McSally launched an ad called “Bernie Bro” that sought to paint Kelly as “too liberal for Arizona” by tying him to Vermont Sen. Bernie Sanders.

Maybe the McSally campaign can dust the ad off and use it again if Sanders makes a comeback.

Chorney, who wrote and produced “Saving Bernie” with her husband, Scott Faydnich, filmed the episodes mostly in Tucson using local talent. The couple also filmed on location in a dozen countries including throughout Europe, in Cambodia, China, Antarctica and Belize for several months beginning in February 2019. Chorney plays herself in the show — a fan and follower of Sanders and his campaign who desperately wants him to use her music for his theme song. So when he is kidnapped by monks, taken to Cambodia and shrunken by an evil Russian scientist to the size of a superhero miniature, Chorney springs into action to save him, leading to an often ridiculous globe-trotting adventure to get back home.

Chorney, who also created the 2018 award-winning bio-pic “When I Sing,” said she may add an 11th episode depending on the outcome of the 2020 Democratic primaries.

No Do-Overs for zombie candidates

The department said it started mailing 125,000 sample ballots this week ahead of the March 17 election, which is open only to registered Democrats. As of Wednesday, the department had received about 50,000 filled-out ballots.

But as candidates continue to drop out, representatives from the department are pointing out a notice that is included in the ballots that warns voters “candidates on the ballot may drop out of the race prior to the actual election.”

There’s bad news for anyone who has already turned in a ballot — your vote is final, said Mary Reynolds, communications specialist for the department. But those voters who have filled out their ballots but have not turned them in can either destroy the ballot themselves or bring it to a polling location and ask for it to be “spoiled.” They’ll be provided a new ballot.

The retired astronaut threw his support behind Joe Biden on Monday, then watched as the former vice president seized the overall delegate lead during Super Tuesday.

The animals are being tested for rabies.

July 1 marks the beginning of the fiscal year for Oro Valley and the final budget is set to be adopted at a public hearing on June 17. 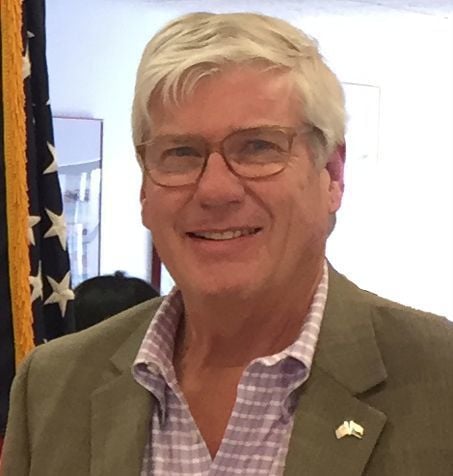 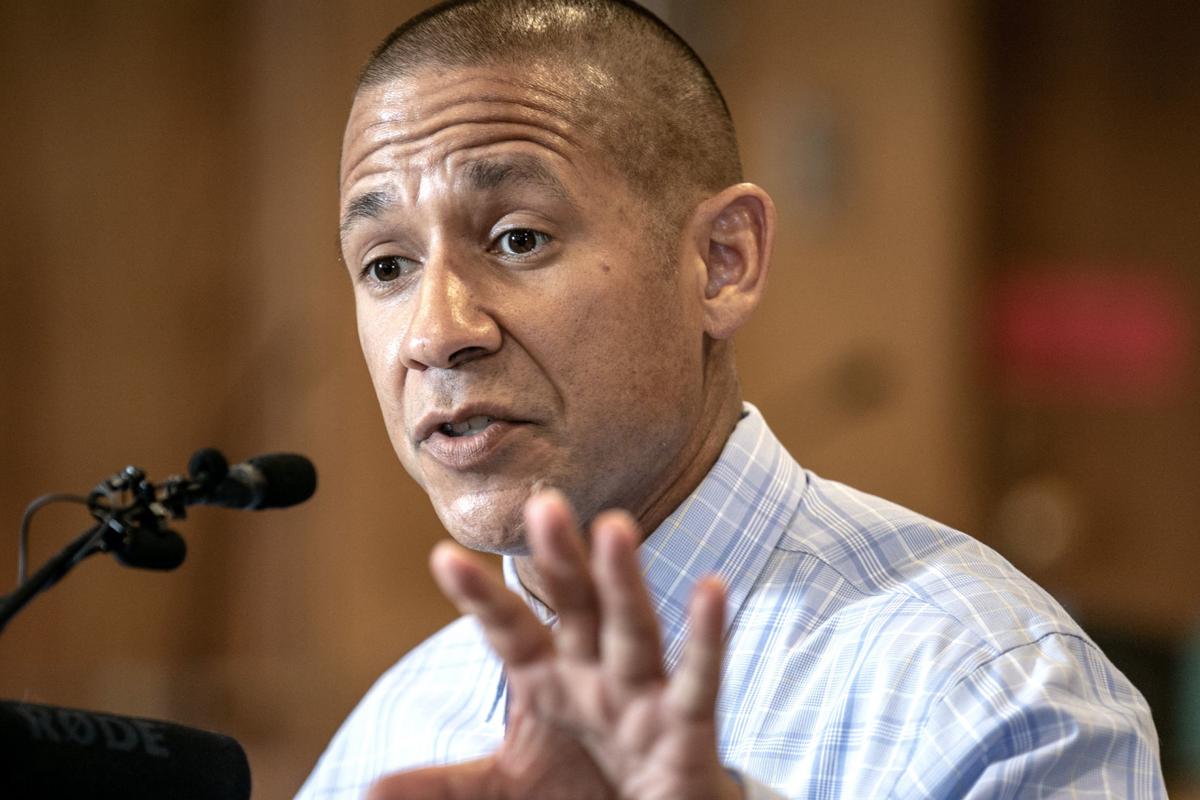 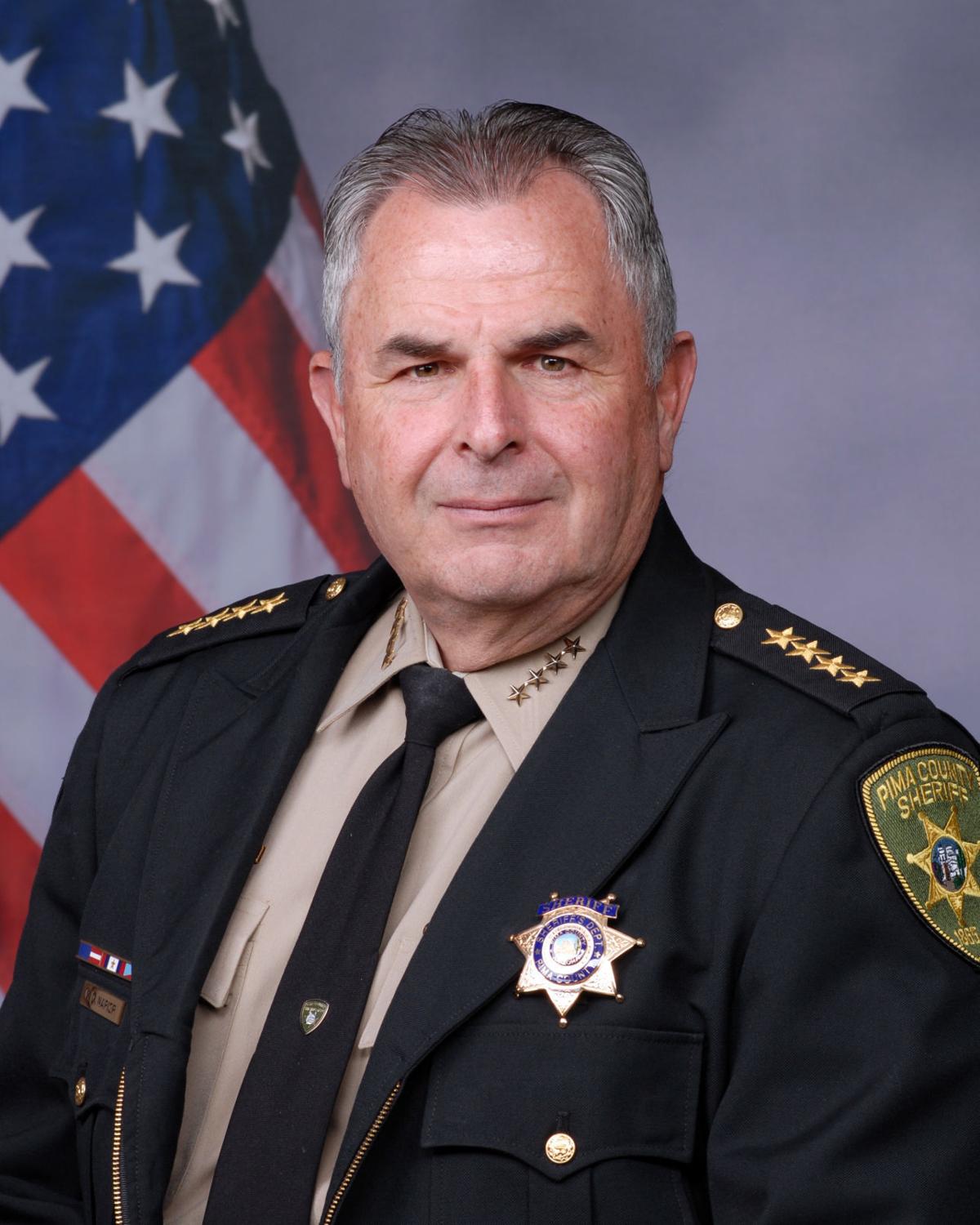