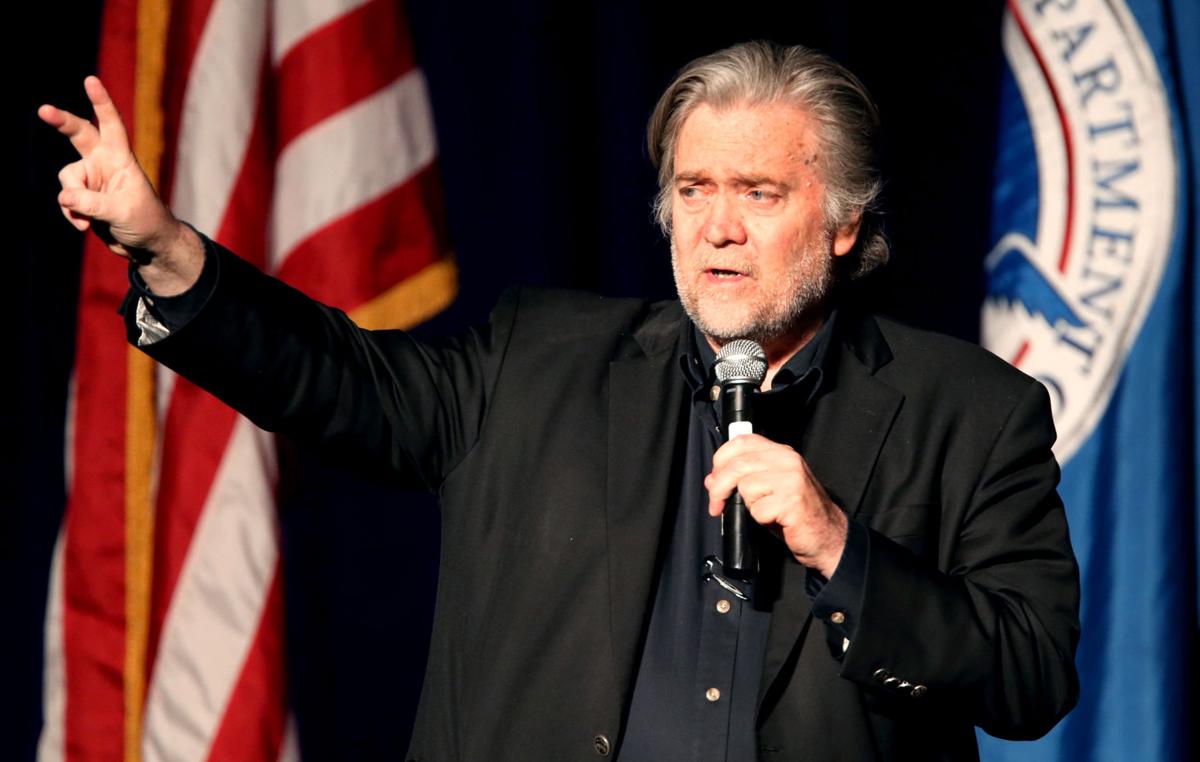 Former presidential advisor Steve Bannon speaks to the crowd after being awarded the Brian Terry Foundation Courage Award during the foundation's cermony at the JW Marriott at Starr Pass, Saturday November 18, 2017, Tucson, Ariz. 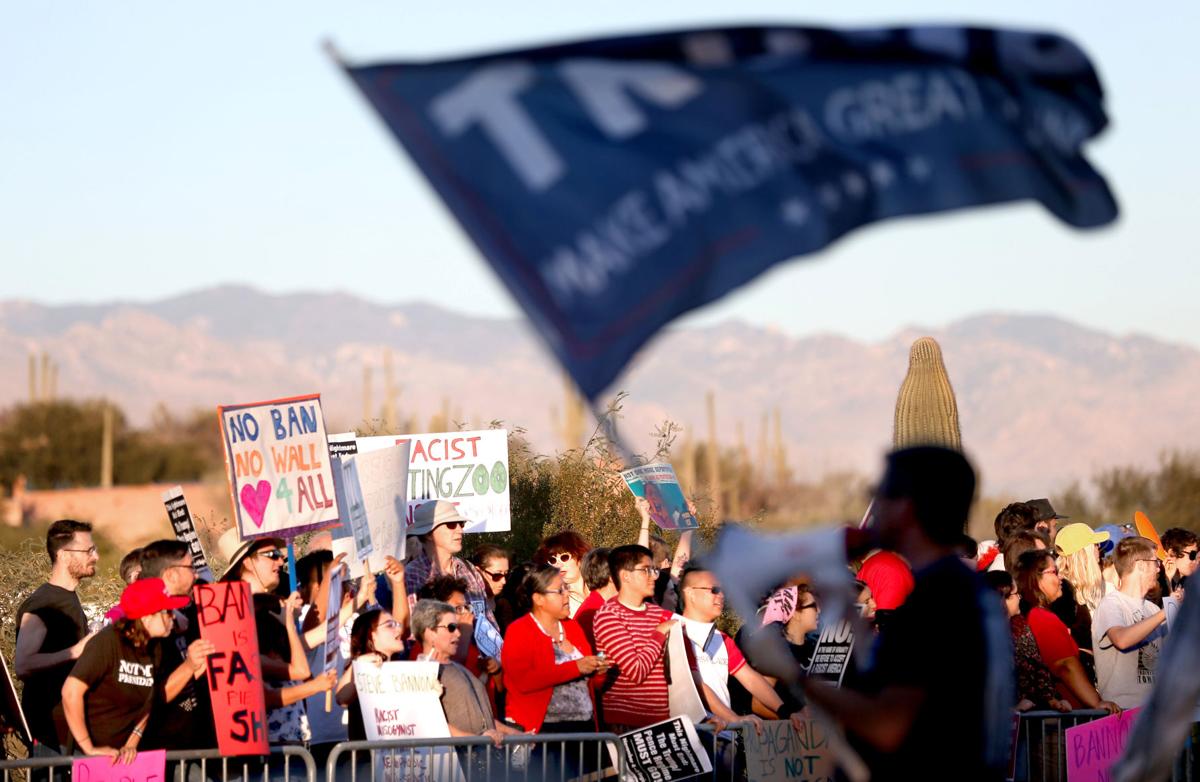 A Donald Trump supporter yells through a bull horn at the hundreds across the street protesting the appearance of former presidential advisor Steve Bannon for the Brian Terry Foundation Awards banquet at the JW Marriott at Starr Pass, Saturday November 18, 2017, Tucson, Ariz.

Steve Bannon, the political strategist who helped guide Donald Trump to the White House told a Tucson crowd that the president needs their support to fight off groups seeking to undermine the 2016 election.

"If we allow any one sector of this country to nullify a presidential election, we will doing this back and for the foreseeable future. Next time we lose, the same thing will happen."

Bannon was the keynote speaker Saturday night at the Brian Terry Foundation’s benefit dinner at the JW Marriott Starr Pass Resort and Spa. He received a “courage in journalism” award.

Bannon remained a top adviser to Trump until he resigned and returned to Breitbart News, a conservative news website. He was recognized Saturday for Breitbart’s reporting on Fast and Furious, a national scandal in which the Bureau of Alcohol Tobacco and Firearms lost track of about 1,400 guns.

Two of those weapons ended up in the hands of drug smugglers who in 2010 killed Terry, a member of the Border Patrol’s tactical unit, near the border west of Rio Rico.

The foundation was formed in Terry’s memory. Since 2012, the foundation has given scholarships to individuals looking to pursue a career in law enforcement.

On Saturday, Bannon blamed "the elite globalist apparatus" and multinational corporations as the entrenched resistance the Trump administration has encountered trying to build a massive wall across the U.S.-Mexico border.

He also praised Terry, saying the agent’s death opened the eyes of the American public to the serious problems along the Mexican border.

"He wouldn't be President of the United States if the incident that happened here. Brian Terry will live in history as a historic figure," he said.

About 200 protesters were gathered outside the resort on Tucson’s west side. No arrests were reported.

Representatives of the Brian Terry Foundation said earlier in the week that they did not regret inviting Bannon to its annual dinner, despite some of the negative publicity that followed.

John Dodson, a former ATF agent, and Norma Zimdahl, a performer and philanthropist, also were honored by the foundation.

With Senator Jeff Flake announcing he will not seek another term in the Senate, Ward is the current front-runner, although Rep. Martha McSally is expected to get into the race in the coming days.

On Friday, Flake told ABC 15 that the bickering inside the party has become toxic. "We've become the party of Roy Moore and Donald Trump — we're toast," he said.

Rapper Lil Peep died of a suspected drug overdose just before he was to perform Wednesday night at a Tucson club. He was 21.

The No. 3 Arizona Wildcats had no issues this time around with Cal-State Bakersfield, beating the Roadrunners 91-59 just before the Wildcats t…

Former presidential advisor Steve Bannon speaks to the crowd after being awarded the Brian Terry Foundation Courage Award during the foundation's cermony at the JW Marriott at Starr Pass, Saturday November 18, 2017, Tucson, Ariz.

A Donald Trump supporter yells through a bull horn at the hundreds across the street protesting the appearance of former presidential advisor Steve Bannon for the Brian Terry Foundation Awards banquet at the JW Marriott at Starr Pass, Saturday November 18, 2017, Tucson, Ariz. 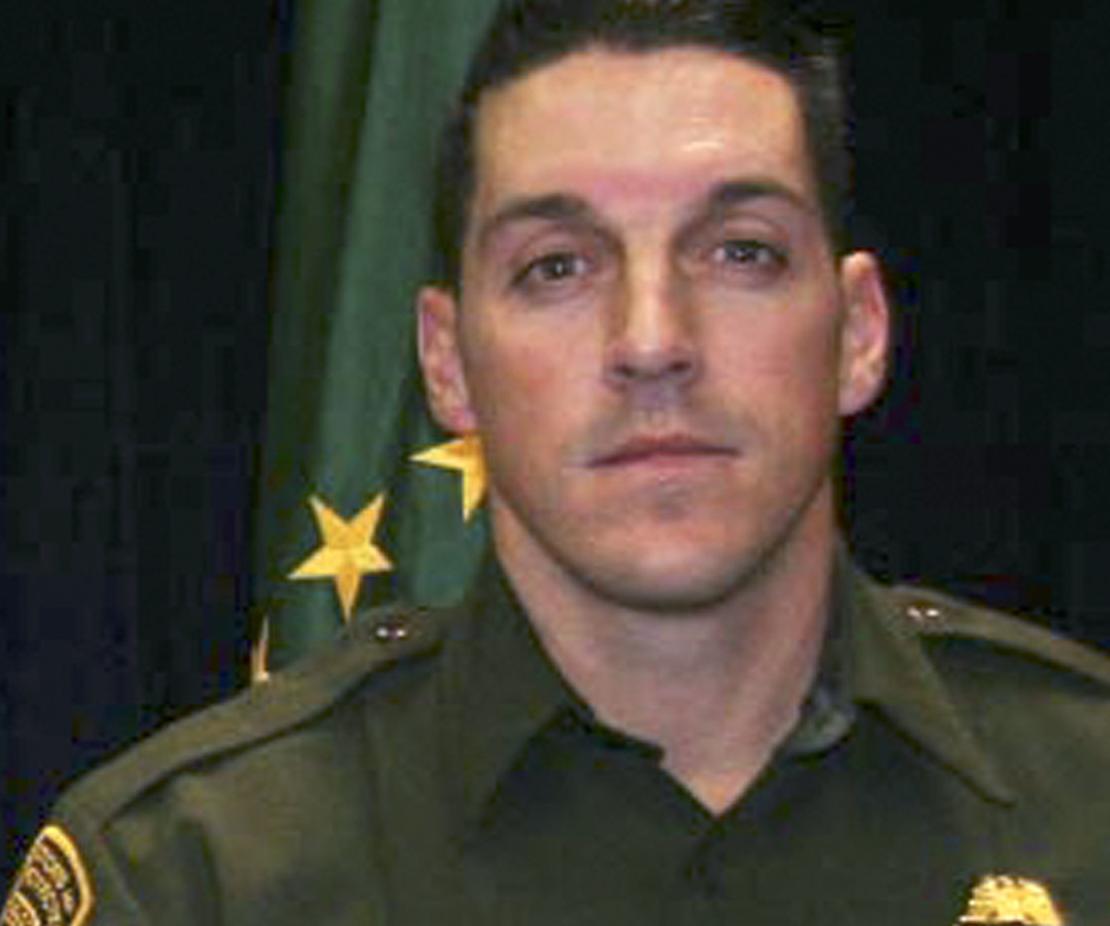