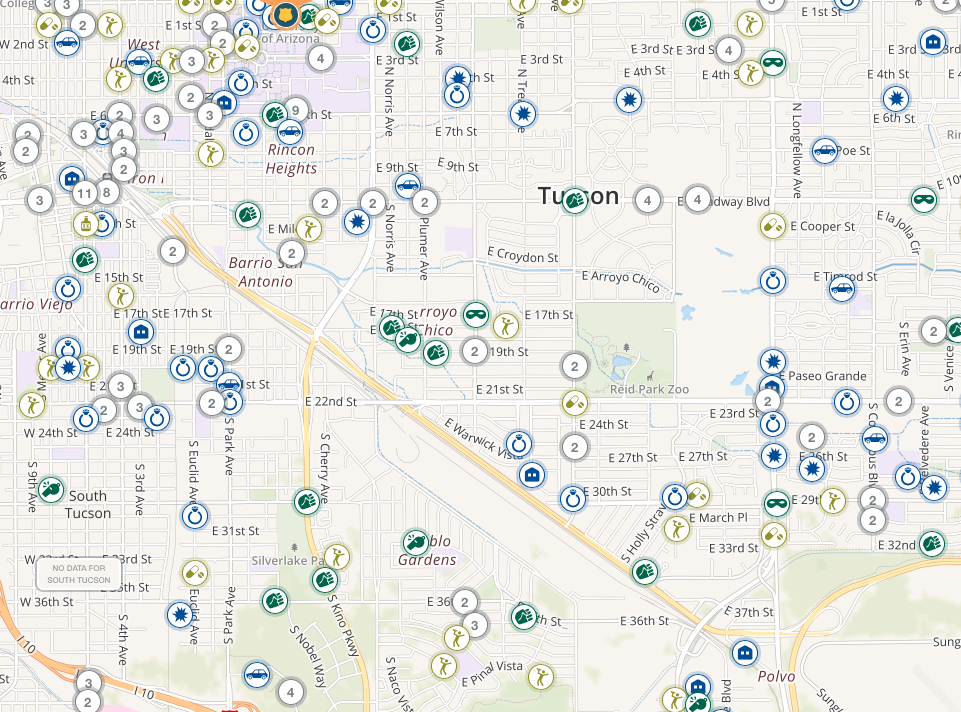 Tucson crime incidents are updated regularly on the crimereports.com map. 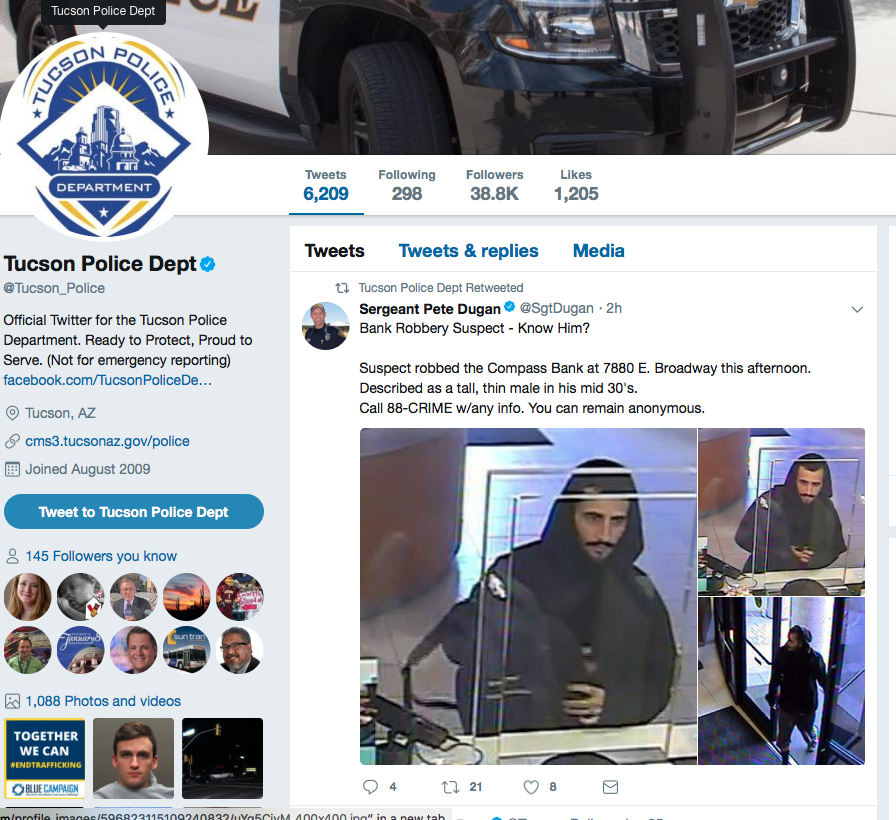 By Leah Gilchrist For the Arizona Daily Star

On a Saturday morning in January, residents of an apartment complex near the University of Arizona woke up to find a large police presence at the typically quiet location, but questions about the incident went unanswered for much of the day.

Later that night, police sent word to apartment managers that officers had been searching for a sexual assault suspect in the complex, but until the information was released, residents were left to wonder about what had gone on.

The public can usually find information on websites about, for example, how to obtain reports, get crime statistics, search for department phone numbers and look up jail inmates.

The easiest way to find out what is happening in a specific area of the city is to use the Crime Reports map — www.crimereports.com, said Sgt. Christopher Hawkins, a Tucson Police Department spokesman. (See box for use website links)

The map is updated by law enforcement agencies every night.

People can search by address to find crimes near a specific location, including information on what type of crime, the approximate location, the date reported, the time reported and the case number. The interactive map also allows users to explore the map and look at recent crimes in certain areas.

This map contains information on incidents from the past six months up to the previous day.

The crime map is one of the best resources residents can use to stay informed, since it allows the public to get information on a crime the day after it happened and lists incidents to the nearest 100 block, said Deputy Ryan Inglett, a Pima County Sheriff’s Department spokesman.

Hawkins said if, after looking at the crime map, residents have further concerns, they can get the case number from the map and file a public records request with TPD to get the full police report on the incident.

The website also offers resources for traffic incidents and auto thefts, as well as crime statistics.

For example, officials will post on Twitter that a major intersection is closed because of a crash and how long the closure is expected to be in place. Pictures of wanted crime suspects are also often posted on the department’s social media sites.

Tucson police also recommend that residents register to use the Nextdoor.com website and mobile app if they have concerns about incidents in their neighborhood.

TPD officers are also on the website and app and monitor incidents in neighborhoods around the city.

TPD offers a link to the city of Tucson website to search for other data, including logs for calls for service from the agency.

Each month, TPD offers “Coffee with a Cop” events at different divisions in the city. At these events, the public is invited to come and talk with police officers who work in the neighborhoods and take the opportunity to get to know the officers and discuss issues they see that might have not have been reported, Hawkins said.

Through the Sheriff’s Department website, citizens can also request reports if they would like the full report of an incident. The website also lists annual crime statistics.

Following the department on Twitter and Facebook can be a source of information if people are interested in updates on crime around the city, but not every crime is updated on social media, Inglett said.

The department recommends people get to know their neighbors either through the Nextdoor app or by being friendly, Inglett said, adding that participating in a homeowners association — if the neighborhood has one — is another good way to stay informed.

If people see law enforcement at the scene of a crime, they should not approach the scene for their safety, he said.

To check for sex offenders in the area, visit the Arizona Department of Public Safety’s sex offender registry at tucne.ws/t1w

To be prepared in a medical emergency, people can download the mobile app Pulse Point, which links CPR and defibrillator-trained members of the public with emergencies near them. The app provides alerts in case of emergency, and points responders in the direction of the nearest Automated External Defibrillator. The app is designed to get responders to those in need as soon as possible.

Leah Gilchrist is a University of Arizona journalism student who is an apprentice at the Star.

Search for sex offenders in your area: tucne.ws/t1q

Pastner, now the head basketball coach at Georgia Tech, has filed a defamation lawsuit against a former friend and his girlfriend.

Orders for new laptops, vehicles other items already made.

21 Tucsonans who have made a splash in Hollywood

These folks were born in or lived in Tucson long enough to call themselves a Tucsonan.

Photos from January's funeral notices with links to the obituaries of each person. For more obituaries go to legacy.com/obituaries/tucson/

The Star sat down with Arizona head football coach Kevin Sumlin to talk recruiting, what he's looking for in his players and program, and how …

The UA has racked up nearly $860,000 in legal fees in the case involving a former track assistant facing assault charges.

Tucson came in dead-last when stacked up against other large cities.

Police say suspect struck his family member with a handgun before fleeing the home.

Police are asking for people with information to come forward.

They work in unison with the campus police department.

Fraternity with troubled past returns to UA campus

Phi Gamma Delta, nicknamed Fiji, was shut down in 2014.

Electronic surveys, results from community forums and face-to-face interaction between police officers and the public will help bring solutions to community concerns.

Tucson crime incidents are updated regularly on the crimereports.com map.