Tucson’s wettest July on record brought the desert alive and had rivers running.

It also did something bigger: put a dent in the regions’ years-long drought.

“In June, we were in an exceptional drought, so just like a month and a half ago,” said Aaron Hardin, forecaster with the national Weather Service in Tucson. “We were extremely dry, and now we’ve dropped down the classification from ‘exceptional’ to ‘severe.’”

And while the monsoon is predicted to slow down a bit in August, forecasts from the National Weather Service Prediction Center call for a wetter-than-average end to what could end up being a top-10 monsoon season here.

A “slow down” in storms might be the wrong term.

According to Hardin, August is still predicted to be “slightly wetter than normal.”

A normal August averages just under 2 inches of rain in Tucson, historically.

Should that prediction for August hold true, this current monsoon season could make its way into the all-time top 10 wettest.

The wettest monsoon on record here was in 1969. That’s when 13.84 inches of rain was recorded.

The 10th-wettest monsoon here was in 2011. That’s when 8.63 inches of rainfall was recorded here.

The nearest comparison for how wet this year has been is probably 2017, Hardin said. That year, 6.8 inches of rain had fallen in the Tucson area during the same time in the season.

As of Monday afternoon, the monsoon had dropped 8.23 inches. That’s nearly three inches above normal, and almost 4 inches more than all of last year. For the entire year of 2020, 4.17 inches fell in the Tucson area. It marked a historic low reaching back to 1894, when records began to be kept.

The average rainfall for this point in year here is 5.26 inches, Hardin said.

Although Tucson and the greater Southern Arizona region are still in a drought, Hardin said this monsoon season has been a boon, overall.

“It has definitely helped out,” he said. “And then you can tell just looking out at the desert — it’s very green.”

6 places to take a leisurely walk in Tucson

The desert is thriving thanks to monsoon rains. Here are some spots where you can enjoy the greenery while getting your steps in. 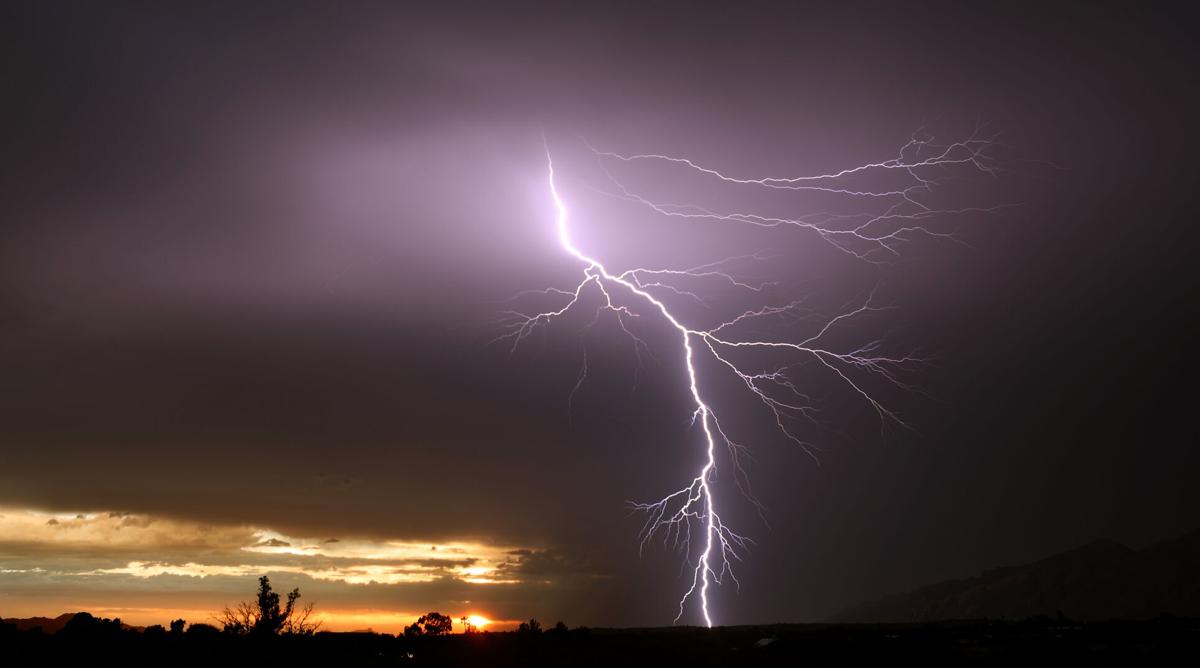 A bolt of lighting hits in the Santa Catalina foothills in the northwest part of Tucson on Thursday, as several monsoon storms rolled over the outskirts of town. 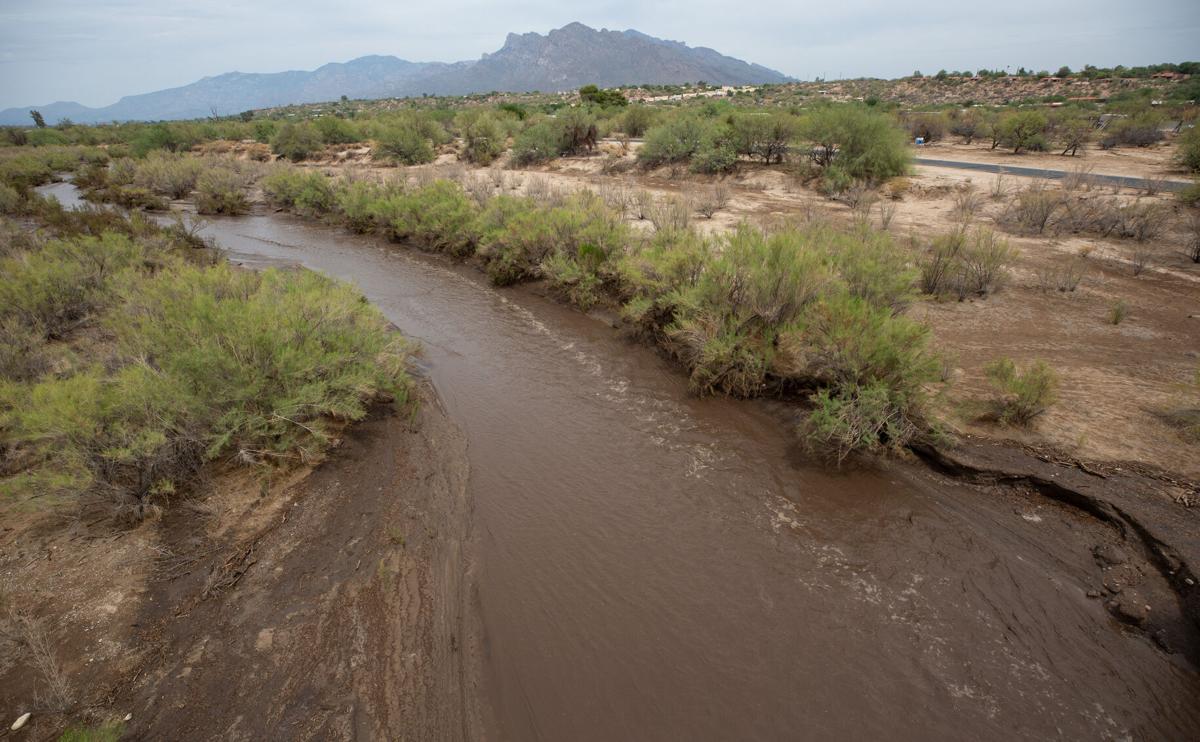 Cañada del Oro Wash flowing with runoff from several monsoon storms as seen from the bridge at La Cholla Blvd. on July 14.