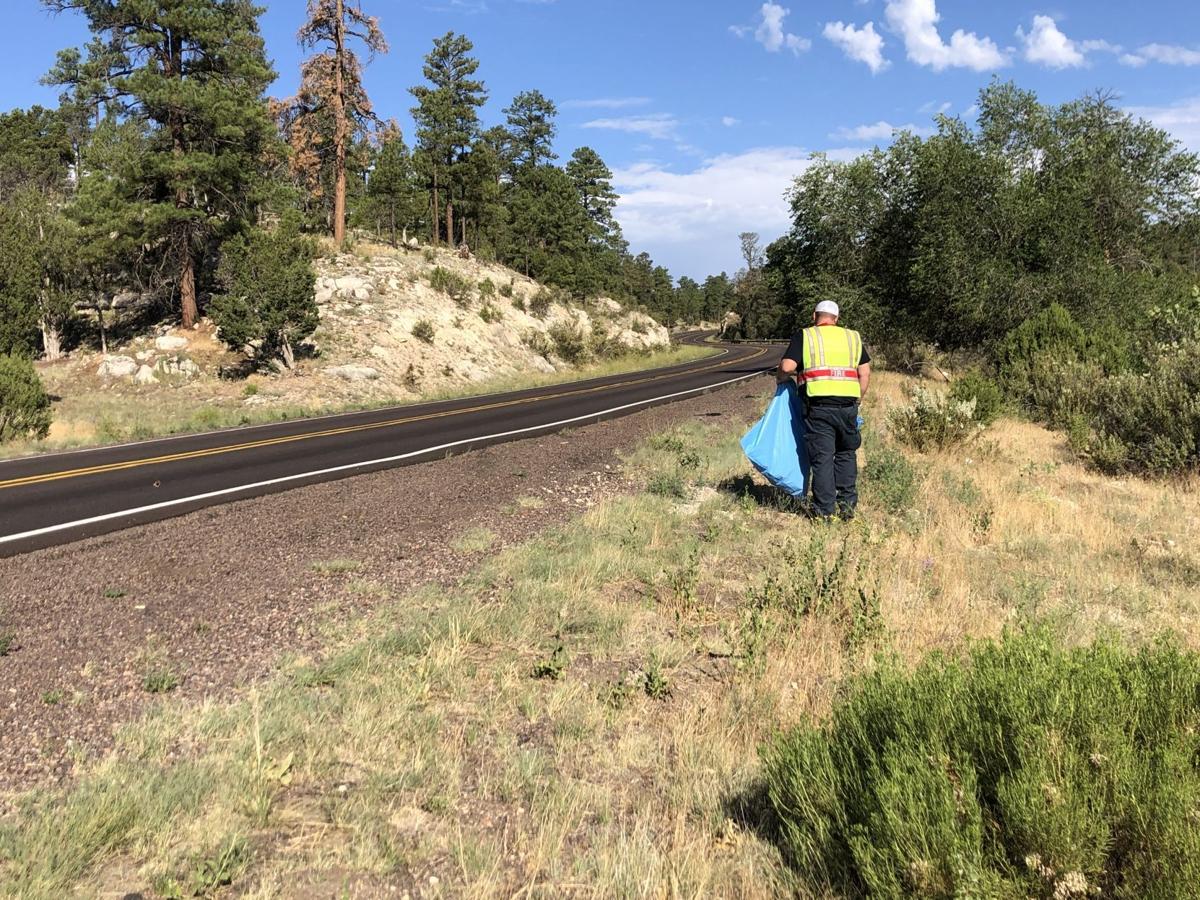 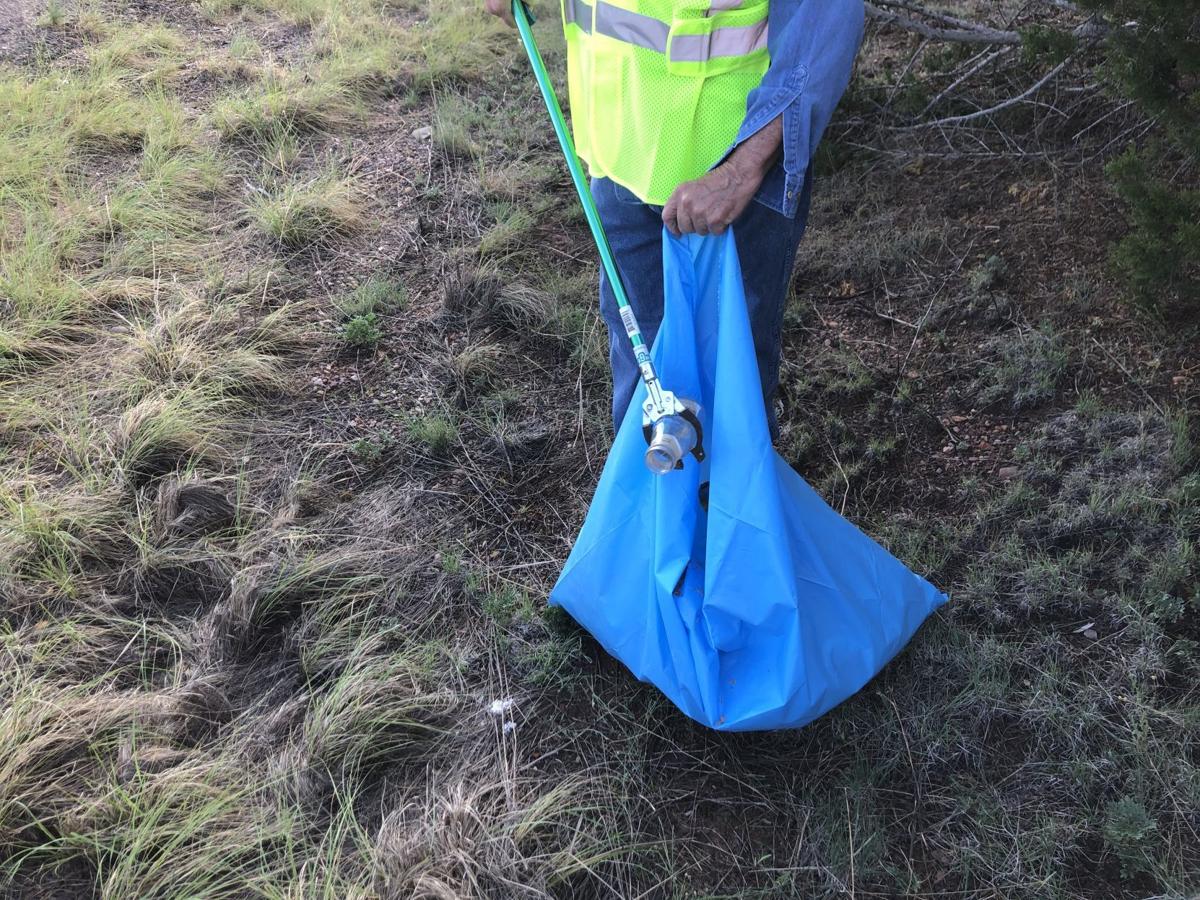 Although there is a pandemic going on, Arizonans are taking to state highways, state routes and their communities to tackle litter accumulated over time.

They are continuing their volunteer labor through the Arizona Department of Transportation’s Adopt A Highway program, which has been around since 1998.

“Picking up litter is a volunteer opportunity that allows for social distancing. Adopt a Highway cleanups continue during the current public health situation, though ADOT asks volunteers to observe state and federal guidelines calling for social distancing and keeping groups fewer than 10 people,” ADOT says.

The department said the increasing efforts from volunteers within the program can be summed up by the more than over 50 volunteers in Heber-Overgaard who cleaned 12 total miles of Arizona Routes 260 and 277 in two hours this month.

It was the effort of the community members along with the Heber-Overgaard Chamber of Commerce, Heber-Overgaard Fire and EMS, the Ponderosa Lions Club, and NAPA Auto Parts of Overgaard.

Each group completed its sections while social distancing and with masks on.

“Adopt a Highway works because of a small army of dedicated volunteers and the permit technicians in ADOT’s maintenance districts statewide who support them,” Mary Currie, Adopt a Highway program manager, said in a statement. “All Arizonans benefit from the many hours put in by volunteers who beautify the highways that for many forms a first impression of the Grand Canyon State.”

While ADOT expects to see a dip in participation through 2020 because of the pandemic, the hope is operations can one day return or exceed the program’s record-breaking 2019.

“The Adopt a Highway volunteer program added 155 volunteer groups last year, bringing the total to more than 1,100. Other 2019 records included nearly 2,000 miles of state highways adopted, an increase of more than 300 miles, and 16,000 bags of litter removed, up nearly 2,000 from the previous record,” ADOT said. Those bags contained 107 tons of litter.

Each group that adopts a roadway gets a sign bearing its name once committing to at least two miles of roadside cleanup.

ADOT also continues to tout its Arizona Litter Hotline, for motorists to report others they catch red-handed littering on Arizona highways.

People can report the license plate number and vehicle’s make, leading to ADOT sending the vehicle owner a letter noting that littering is illegal, it can result in a $500 fine and giving them a small litter bag suitable for use in a vehicle.

Recent statistics show the department processed 1,405 littering reports between April and September of 2019. “It was a two-thirds increase from the 839 processed in the same period of 2018,” ADOT said.

“These are groups or individuals that decide to take a step forward and make Arizona a better place,” Currie said about the program. “They do it because they want to make a difference. This is what drives me.”

Monday, Aug. 17, the westbound frontage road will be reduced to a single lane between Ruthrauff and Sunset roads.

On Tuesday, Aug. 18, westbound I-10 will be reduced to two lanes between Prince and Ruthrauff roads.

Motorists can use Arizona 83 and the I-10 frontage road as alternate routes.

Traffic across I-10 at Wentworth Road will not be affected. The ramps for westbound I-10 will also remain open.

A transportation official says the state's initiative "would absolutely make the rural areas of Arizona a better place to live and do business with more access to high-speed internet.”

Through the Slow Streets initiative, roads are reconfigured to temporarily limit them to local traffic using barricades, cones and signs to make way for all people to safely spend time outdoors while social distancing.

Road Runner: With warnings in place, onus is on drivers to heed flood risks

Disobeying flood-area warnings while driving not only puts drivers and their passengers at risk, it does the same to rescuers and can strain resources, officials say.

There were 982 fatalities in Arizona, 29 less than 2018, and 16 fewer than 2017, according to the 2019 Motor Vehicle Crash Facts report. Pima County recorded 141 of these deaths, second highest compared Maricopa County.

A new system allows for a “virtually unlimited supply” of letters and numbers that can fit on plates.

Across Pima County, 19,743 cases of coronavirus have now been confirmed, up 162 cases from the day before.

Javelina bites Tucson woman who was walking her dog

The woman was treated at a hospital for a gash to her thigh.

It took almost 30 years, but Tucson transportation officials believe the Downtown Links project will relieve vehicle congestion and provide better connections for all to access the area.

RTA's 35-person Citizens Advisory Committee is moving toward drafting the second plan called RTA Next, which would build on the organization's past 15 years of work.

During the 2020 fiscal year, the Insurance Recovery Unit processed the most insurance claims for highway damage repairs since its inception. Their work accounted for 98% of the crash-related repairs needed.

The long-term plan will be broken up into 18 projects to be completed in the next 15 to 20 years.

The report's creators said they're addressing Arizona's infrastructure as "a public service to citizens and policymakers to inform them of the infrastructure needs in their state."