PHOENIX — Arizona lawmakers once again face tough questions of how to deal with increased demand for water in the face of drier weather, and how to get water to where it is needed.

The much-heralded drought contingency plan approved in 2019 provides some short-term relief for the Colorado River, as Arizona is required to withdraw less water from it.

But the emerging problem is in areas that do not get Colorado River water, like portions of Cochise and La Paz counties where large industrial farms have been built.

In essence, the law on groundwater is it can be pumped by landowners who put it to “beneficial use.” But in many rural parts of the state, there are no limits on how much someone can take.

The effective result is that whoever has the longest straw wins.

Put another way, if a large farm drills a deeper well than nearby smaller farms or residents, it need not legally concern itself if those other wells dry up.

That has been happening. The only question is what politicians are willing to do about it.

Some of it comes down to definitions — and deciding whether there is a problem.

House Minority Leader Charlene Fernandez said the first step is figuring out how much is being sucked from the ground every year.

But the Yuma Democrat said when she posed the idea of metering wells at a community meeting, “it wasn’t very popular.”

“People who own land believe the water rights belong to the property underneath,” she said.

Complicating any solution politically is the fact that one of the larger operations uses Arizona groundwater to grow hay to ship to Saudi Arabia to feed cattle there.

Some area residents report their existing wells have gone dry, forcing them to drill even deeper.

“We have to stand up to that,” said Fernandez, who has been one of the key players in shaping Arizona water legislation. She said there should be some way to distinguish between families who live in the area and corporate farmers, “people who don’t have a vested interest in the area.”

“But who makes that decision?” she asked.

Rep. Regina Cobb, R-Kingman, said she would like a state law governing all wells. But she said there is too much political opposition.

“Some areas of the state decided they don’t like to have monitoring,” Cobb said. “They don’t want to know what’s in their aquifers.”

Cobb said that may have made sense at one time.

“We were the ‘land of the free’ in Mohave and La Paz counties,” she said.

“We didn’t want any of those things until somebody started coming in and taking our water,” Cobb continued. “Then, all of a sudden, we do want it.”

Her legislation would permit — but not require — counties to decide whether to monitor and regulate groundwater withdrawal.

Allowing things to go along without regulation is simply unacceptable, she said.

Cobb said studies done in the Western Arizona counties found no aquifer with more than a 75-year water supply.

“If that were Phoenix, we would be halting all new development,” she said.

Republican Gov. Doug Ducey, for his part, appears to view farming, by anyone, as a form of economic development.

“Agriculture’s a big industry,” he said.

Ducey sees little difference between the use of water by a corporate farm selling hay to Saudi interests and Arizonans growing vegetables for commercial sale.

“We’re the No. 1 leafy green exporter in the world,” he said. “Our lettuce and romaine goes all around North America. Our durum wheat is the wheat they use in Italy to make their pasta.”

The fight is over more than groundwater regulation.

Some Arizona communities anxious for water supplies for continued growth are looking at Western Arizona as a solution.

For example, Queen Creek is negotiating to buy the rights to about 2,000 acre-feet of Colorado River water that belongs to a farming operation there.

In essence, the company that owns the property would agree to stop farming and develop the land for uses that could be fulfilled with local water supplies.

But Western Arizona communities are less than anxious to be seen as the drinking fountains for thirsty urban residents.

Cobb has a plan for that, too.

Her legislation would entirely prohibit the transfer of certain water rights away from the Colorado River.

Republican Party says effort by DNC too little, too late. 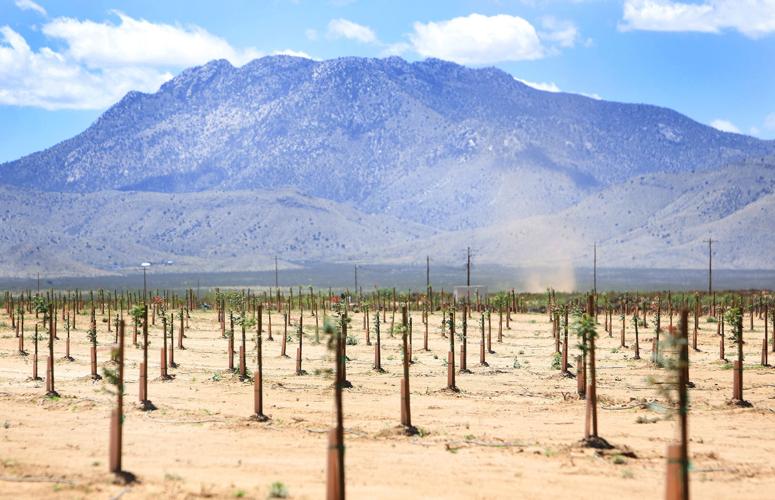 A dust devil kicks up in the background near newly planted farmland south of Bowie. Groundwater pumping for farms in rural areas is an issue gaining urgency. 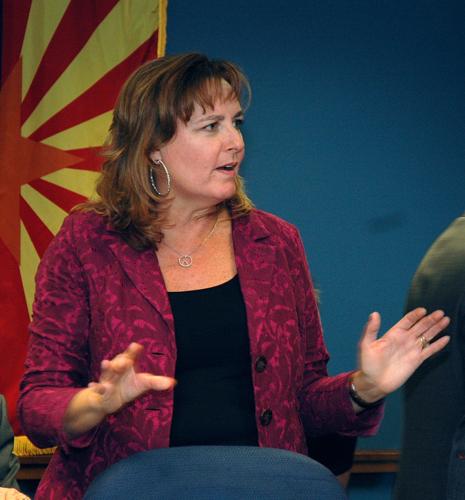 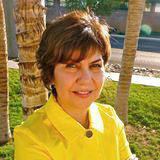