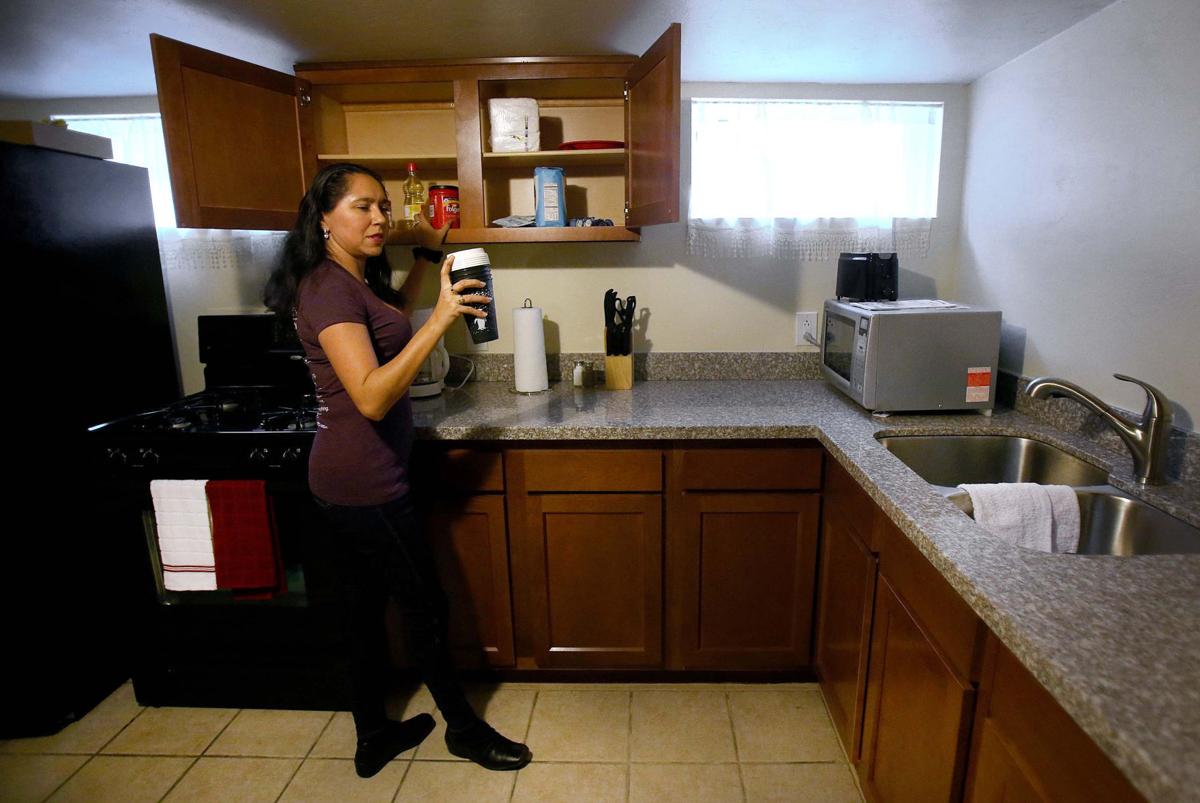 Celia Webb said she received bookings within three hours of listing her north-side fourplex on Airbnb. 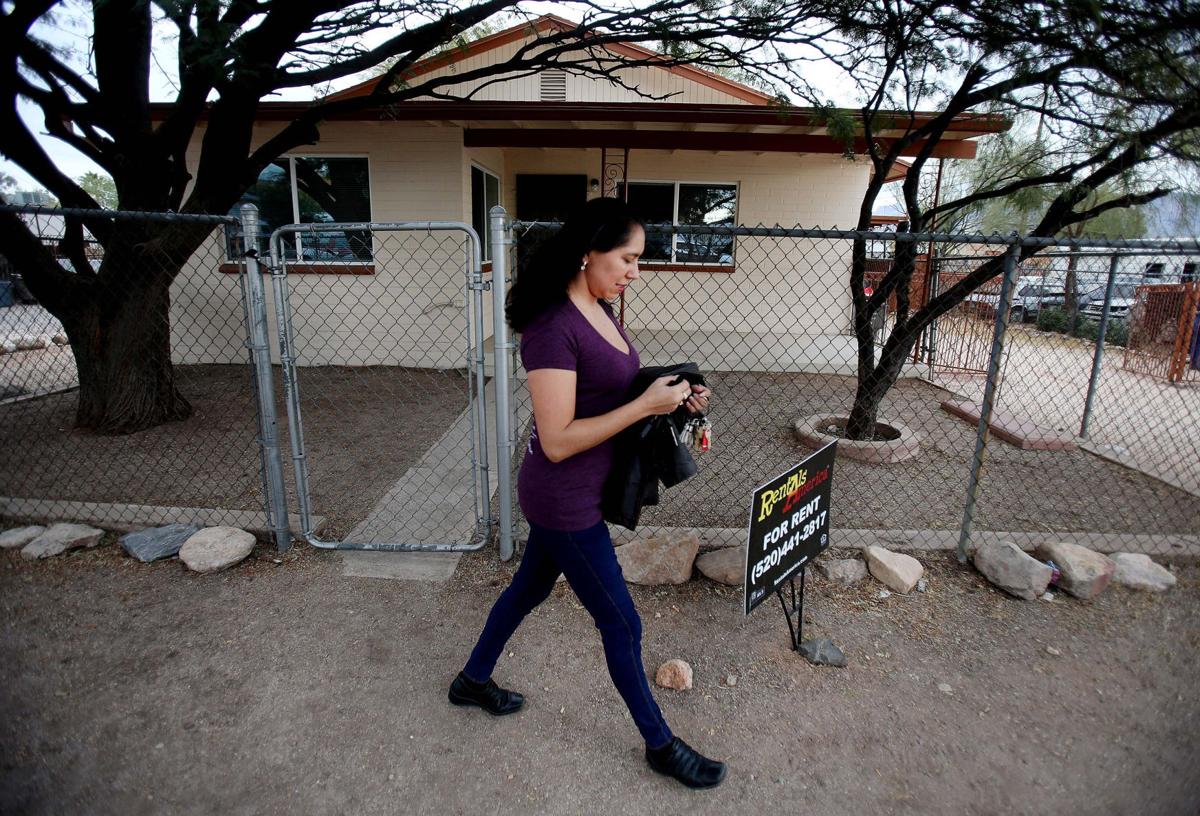 Celia Webb, who became an Airbnb host in December, says demand has been “nonstop” for her north-side property, which rents for between $99 and $225 a night.

Business is booming in the land of sunshine and saguaros for those who rent to tourists through a popular online booking platform.

Tucson property owners collectively took in more than $8 million from Airbnb rentals last year and demand continues to soar in the run-up to the city’s annual gem show.

About 53,000 visitors stayed at local Airbnb properties in 2017, a 73 percent increase from the year prior when about 30,500 did so, said Laura Rillos, a spokeswoman for the San Francisco-based company.

The short-term rental trend has been good for the local economy because it serves those who otherwise might not come, said Dan Gibson, a spokesman for Visit Tucson, the city’s tourism bureau.

That’s especially true during peak periods when local hotels tend to sell out, such as during the gem show or homecoming weekend at the University of Arizona, he said.

“In general, having more places for people to stay is a positive. There are people who travel who might not have traveled if they didn’t have the option,” of using Airbnb or similar online entities such as HomeAway, he said.

Hoteliers are less than enthusiastic, concerned that short-term lodging services have morphed into a multimillion-dollar industry with few restrictions.

“While we support new entrants to the sharing economy and the competition it brings, we must be aware and very cautious of the negative impacts and repercussions,” said David Drennon of the Phoenix-based Arizona Lodging & Tourism Association, which lobbies on behalf of trade groups including the Southern Arizona Lodging & Resort Association.

Drennon said his organization has no quarrel with a homeowner who occasionally rents out a guest house or spare room for extra cash. The problem is that there are no limits on how many short-term rentals a single property owner can operate, he said.

By contrast, traditional hotels typically operate in commercial areas that have much higher property tax rates.

Many cities around the world — from Paris to New York City and even Airbnb’s home city of San Francisco — have laws that limit short-term rentals to protect the hotel industry and residential neighborhoods. But in Arizona, such restrictions aren’t likely any time soon.

Gov. Doug Ducey is a fan of the “sharing economy,” which also includes ride-hailing platforms such Uber and Lyft that are upending the taxi industry. In 2016, Ducey signed a new law that prevents municipalities from restricting short-term tourist rentals and also ensures that renters pay applicable taxes.

Rillos, the Airbnb spokeswoman, said 1,900 Tucson properties are listed on the platform, though not all are actively renting. She said most are private households that host tourists an average of five nights a month for average annual rental income of $5,500 a year.

Celia Webb, who became an Airbnb host in December, said demand has been “nonstop” since she listed the fourplex she bought last summer near North Stone Avenue and West Glenn Street.

“Within three hours I got bookings for the gem show. I was amazed at how well it works,” said Webb, whose rental rates range from $99 to $225 a night.

During peak season, Airbnb hosts tend to raise their rates much like hotels do.

For roughly the cost of two queen beds at a four-star hotel during the gem show, Johnston’s guests get a 2,000-square-foot west-side house filled with art and antiques, with mountain views and sleeping space for nine people.

Visitors come from around the globe, she said, rhyming off a list: “Panama, Holland, Germany, India, Japan, Finland, Denmark and all over the United States.

“They don’t just come for the gem show. They come for funerals and weddings, for conventions, for Cyclovia and El Tour and Dia de los Muertos,” said Johnston, who holds the status of an Airbnb “superhost” — one who has nothing but five-star reviews from customers.

Johnston said she strives to include special touches — local history books on the coffee table, piñatas on the patio, cowboy boots on a shelf — to give visitors “a sense of what Tucson is all about.”

“For the time they are here I try to make them feel like they are part of the community. And they really seem to appreciate it.”

Retinal scan may show if you're at risk of early death

Gucci is under fire for using real tigers in ad campaign

Gucci is under fire for using real tigers in ad campaign

Blinken, in Ukraine, calls on Putin to choose 'peaceful path' or face 'consequences'

Blinken, in Ukraine, calls on Putin to choose 'peaceful path' or face 'consequences'

Wrong address on my Airbnb rental — can I get a refund?

Karen Wall bails on her Airbnb Paris rental after her host switches apartments and she can't access the unit early. Does she deserve a refund?

As ‘gig economy’ grows, labor experts split on whether that’s good or bad

Performing arts heat up this spring

We must never forget that art is not a form of propaganda; it is a form of truth. — President John Fitzgerald Kennedy

Elder Rehab is an exercise and memory- and language-stimulation program for persons with mild to moderate memory problems.

3 displaced in attic fire on Tucson's east side

Fire investigators determined that the cause of the fire was electrical.

No one was injured in the blaze.

Big tax cut for TEP, other utilities could trickle down to customers' bills

Tucson Electric Power Co. is exploring options including a rate cut or spending its tax savings on system improvements that would benefit customers in the long run.

18 items everyone should have for basic clothing fixes

Whether you're the DIY type or the complete opposite, experts say everyone should have these items ready to go for a clothing emergency.

5 Mexican states get highest US 'do not travel' warning

MEXICO CITY (AP) — Five states in Mexico now have the sternest "do not travel" advisories under a revamped U.S. State Department system unveil…

This weekend: Get free admission to Arizona State Parks

If you have the day off, spend it exploring one of Arizona's state parks

3 youths arrested in connection with throwing rocks onto Tucson freeway

Several vehicles were damaged during the incident.

Tucson weather: Above average temperatures return to the region

Today's high temps will peak around 10 degrees higher than yesterday.

In the video, McSally called on the national GOP to "grow a pair of ovaries."

Website says Tucson is one of the 20 most hipster-friendly cities in the U.S.

Those who would buy a timeshare in the future and keep it at least a decade could walk away without being on the legal hook for annual maintenance fees.

Would prohibit homeowners from allowing properties to be rented out for special events.

Governor conceded Thursday that the 2016 law may be used in ways "disruptive'' to neighborhoods.

PHOENIX — A legislative panel is debating whether to restore the right of cities and towns to regulate short-term vacation rentals, which legi…

Saying a 2016 law hasn't worked out as promised, a House panel voted 8-5 Wednesday to give cities more control of how and where vacation rentals operate.

Celia Webb said she received bookings within three hours of listing her north-side fourplex on Airbnb.

Celia Webb, who became an Airbnb host in December, says demand has been “nonstop” for her north-side property, which rents for between $99 and $225 a night.