St. Mark’s Preschool set to close after 54 years in Tucson
Share this
By Clara Migoya For the Arizona Daily Star

St. Mark’s Preschool and Kindergarten is closing after serving thousands of children for more than 50 years.

Child care facilities in Tucson were few when Rev. John Fife settled in Barrio Santa Rosa in the late 1960s.

The longtime pastor of Southside Presbyterian Church and No More Deaths founder sent his youngest son to the preschool, run by St. Mark’s Presbyterian, in the ’70s when it was one of just six preschools in the city.

The school addressed community needs and built a reputation for offering an affordable, creative, high-quality program, serving children and families in central Tucson.

“They really have lived that out,” said David, John Fife’s son and alumnus of St. Mark’s Preschool, located at 3809 E. Third Street.

Fife was able to focus on human rights work and David’s mother Marianne was able to finish her degree and go on to work at the University of Arizona’s Medical Center virology lab because they had a trusted preschool to send their child to, David said.

“The whole community benefits,” he says.

Around three decades later, David enrolled his own daughter, Eliana, who is now a freshman at the University of Arizona, studying physiology.

The family shared school memories around the dining room table and over the phone early last week, as they found out that after 54 years, St. Mark’s school will close its doors.

In a unanimous decision on Jan. 12, the church’s session, a body of elected leaders similar to a governing board, decided to close the program by May. In an email to families and staff, they said that running the program as a ministry of the church was no longer sustainable. The challenges of the COVID-19 pandemic stretched church resources, and school enrollment dropped considerably, the email said.

An external consultant determined last year that the program costs the church between $50,000 to $75,000 annually. Although the school makes a reimbursement to the church, this fell short by half, even before the pandemic. Additionally, church staff and membership enrollment have fallen dramatically throughout the years, from 1,500 members to 200, complicating filling the volunteer positions and administrative support, said the email.

“The church operated the school at a loss for several years,” said Rev. Bart Smith, pastor of St. Mark’s Presbyterian. “We made this decision with heavy hearts and after careful consideration of short-term and long-term issues. The excellence of the program and the quality of the staff was never in doubt.”

THE FATE OF THE SCHOOL

Although the school, which has served on average 100 children each year, was run under the same nonprofit as the church, for many years it has acted independently. The preschool was never faith-based. This attracted many parents — including those who were church members.

“I didn’t want to send my children to a church school; I wanted to send them to a great preschool,” said Melinda Burke, a member of the church session whose three children attended St. Mark’s Preschool and Kindergarten in the ’80s and ’90s.

St. Mark’s Preschool and Kindergarten is still considered one of the highest quality early childhood education programs in Tucson. Since 2003, it has been accredited by the National Association for the Education of Young Children, a standard very few schools meet. It is one of nine preschools in Tucson with this designation, in a city with 206 child care facilities registered with the Arizona Department of Health Services.

Parents care deeply about the work of the teachers and the value of the school, and started organizing right away when news of the closure came.

They pulled together an online survey to gauge interest in trying to save the school and immediately a number of families were on board. Twenty-two families signed up to volunteer in the organizing effort. They started meeting and put up a Facebook page called Save St. Mark’s School that has 159 followers.

John Schaibley, one of the parents working to keep the school going, says St. Mark’s school was his family’s anchor when they got to Tucson in 2016. The ability of teachers and staff to build community and strengthen bonds connected him to the school — a sentiment echoed by many.

“That is the basis of, hopefully, this new school board that we are organizing,” said Schaibley, who just enrolled his youngest at the school in January. “Our plan is to keep as many of the current teachers and staff as possible. Their connections and philosophy form the fabric of the school.”

The group of parents formed a board and are moving fast to launch a fundraising campaign and build a new nonprofit, something that will likely take a couple of months or more, said Theresa Foster, a parent on the board. They are still in conversation with the church and considering if they’ll rent the same space, even if it’s temporary.

The school has importance in the history of Tucson, however what is driving the parents to organize is the uniqueness of the school environment.

Nadya Novak built strong friendships with school parents at St. Mark’s, and so did her two girls. Sophia, the oldest and now 10 years old, formed a club called Wonder of Books with six of her former classmates at St. Mark’s Preschool.

Novak said this atmosphere was nourished by the closeness of the staff.

The environment of kindness has its roots way back into the foundation of St. Mark’s. The school was known to be a safe space that provided financial aid and was inclusive of kids with special needs.

“The intentionality of this school is unheard of,” said Kelsi Somers, a local artist who is the mother of an alum and enrolled her youngest child in January. She appreciates the nurturing individuality and awareness that teachers have with kids with sensory processing disorders, like her own.

It is still too soon to know what will happen to St. Mark’s school community. Parents are discussing possibilities, Schaibley said.

Even after the church and school board announcement, some families have enrolled. April Turner, St. Mark’s Preschool and Kindergarten director, said families still want to be a part of the school, “even if it’s just for a while.”

This magnetic helmet may be the newest weapon against brain cancer

This magnetic helmet may be the newest weapon against brain cancer

The Pima County Health Department is responsible for monitoring the COVID-19 virus and distributing vaccines in Tucson and Pima County. There …

Hicks was on the TUSD board from 2010 to 2018. Tucson Unified will be holding a tribute to Hicks at the next governing board meeting on Jan. 19.

With teen suicide on the rise, Tucson educators struggle to prioritize mental health

While trying to balance academics and students' emotional needs, teachers and school counselors work overtime with access to limited resources.

Thousands of Tucson students failing at 'alarming rate' during COVID-19

In Tucson Unified School District — with more than 42,000 children — the number of failing grades up by nearly 50% over last year in its secondary grades.

With the roll-out slower than expected and a surge in COVID-19 cases, many local school districts are pushing back their return to in-person learning.

Keeping remote students learning and engaged in traditionally hands-on classes has been challenging during the pandemic.

As St. Mark's Preschool prepares to shut its doors after five decades of service, parents and teachers are coming together to launch a new school. 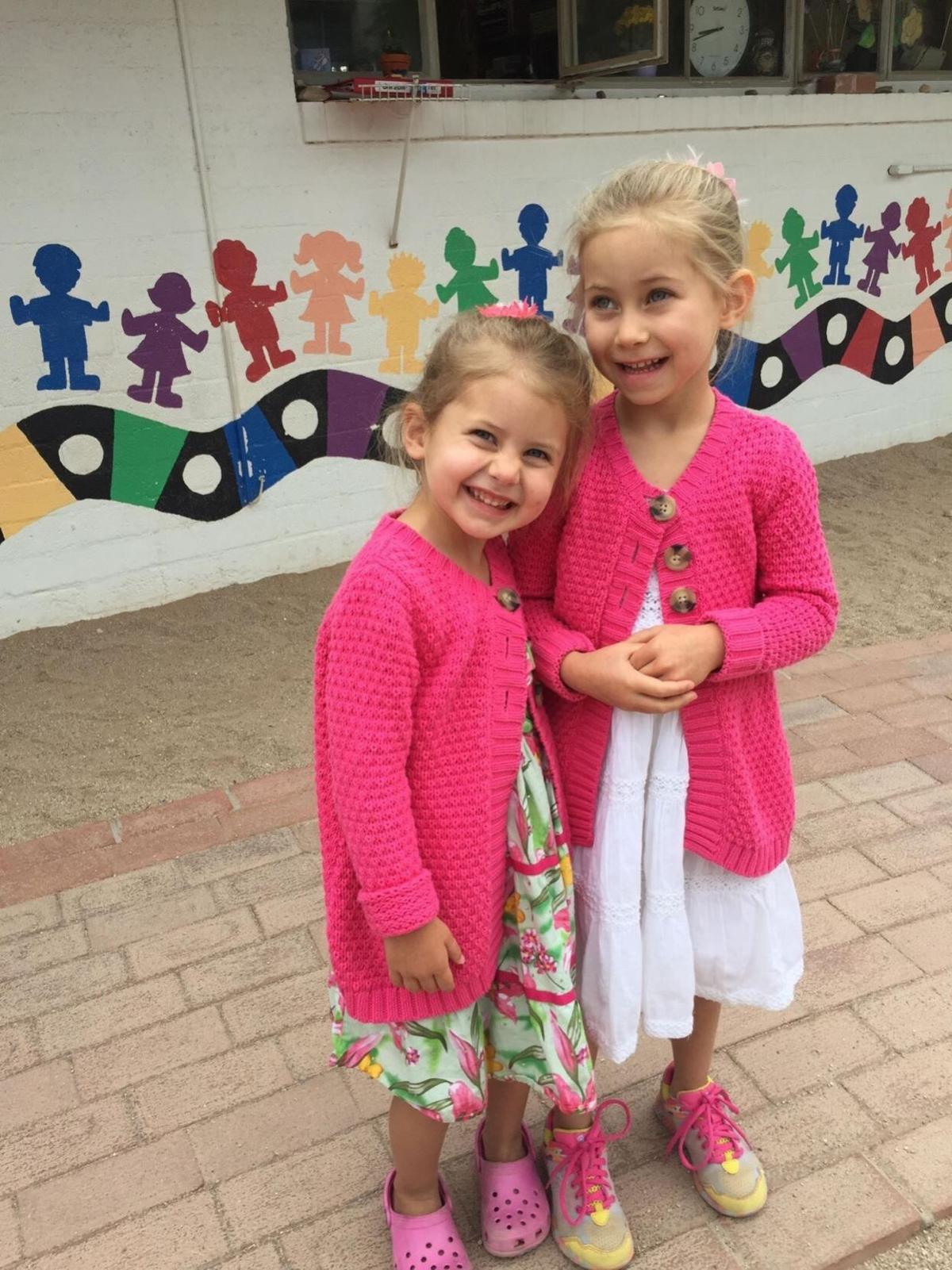 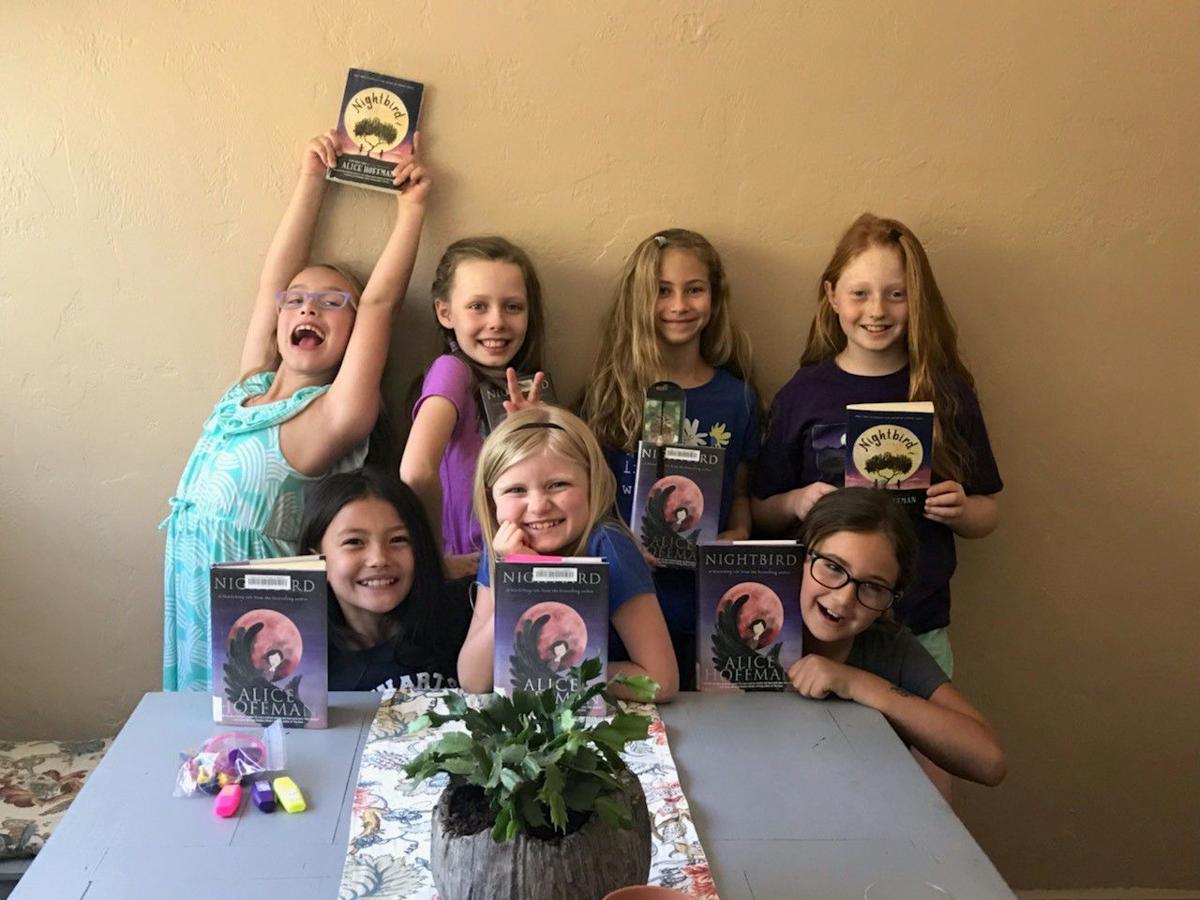 Alumni from St. Mark’s Preschool and Kindergarten have remained close over the years, and some formed the Wonder of Books Club. St. Mark’s leaders decided the school will close by May because the cost was no longer sustainable.