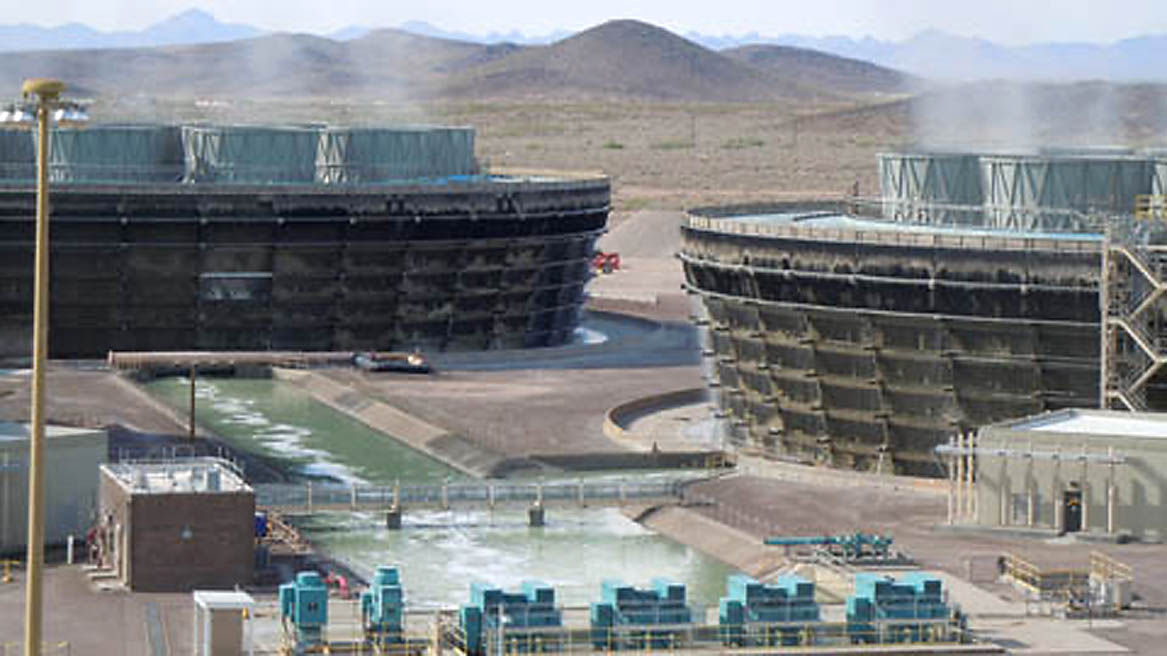 APS makes claims about the future of the Palo Verde nuclear plant that are not simple to verify, and the utility has a growing credibility problem.

Should we believe them? I don’t know.

APS’s unabashed efforts at dominating Arizona politics in the years since the 2010 Citizens United decision have had a paradoxical effect. By getting more involved in political campaigns, uniquely among utilities, the state’s biggest utility has eroded its credibility.

By wantonly spending and brazenly picking sides in Arizona politics, the company may be making it harder to persuade the electorate to vote its way.

This all goes back, of course, to the 2014 campaign, when somebody (wink wink) spent $3.2 million in dark money trying to get Doug Little and Tom Forese elected to the Arizona Corporation Commission rather than candidates who were supported by the rooftop solar industry.

APS never admitted doing it but never denied it. Since then, the company has made it a policy to be more open about its political spending, acknowledging more than $10 million in spending during the 2015-2016 cycle, largely to support status quo Republicans and to ensure friendly members stay on at the commission — a picking-your-regulators phenomenon known as “regulatory capture.”

In the second-quarter earnings release put out Friday by APS’s parent company, Pinnacle West, the company attributed $11 million of extra spending in the first six months of 2018 to “public outreach primarily associated with the ballot initiative.”

And yet, still, four years after the 2014 campaign, APS continues to fight efforts to force it to disclose spending from that year. Corporation Commissioner Bob Burns has subpoenaed APS’s records, and the company, along with its preferred members on the commission, is still resisting.

“The bottom-line issue is regulatory capture,” Burns told me Friday. “Why would they spend $3.2 million to ensure they got the people they wanted elected?”

“They’ve definitely harmed the public perception of their company, I believe.”

How much? Who knows. Maybe the politicized perception of APS has taken hold mostly among political obsessives like me, and Democrats. Maybe most people see the company as good guys who go out in the storm to turn the power back on, as they did last week in Phoenix.

Or maybe not. There’s another, possibly unprecedented challenge to the company that speaks of a credibility gap. Last year the Corporation Commission gave APS a rate increase, one that the utility estimated would raise customers’ bills by an average of 4.54 percent. Its customers, by the way, include not just most of the Phoenix area but also much of Northern Arizona, and Southern Arizona communities like Douglas, Bisbee, Ajo, Eloy and San Manuel.

Months passed, and a lot of customers were seeing bigger increases than that. One of them, Stacey Champion of Phoenix, got angry enough to take advantage of a state law that has been little used before, if at all. She collected more than 400 signatures (the law only requires 25) and filed a formal complaint over the increase.

That started a process whereby Administrative Law Judge Jane Rodda will hear evidence, and the Corporation Commission will have to consider whatever decision Rodda comes to.

Champion, who runs a public-relations firm, told me what motivated her was the memory of how cavalierly APS customer service representatives treated her in the middle of a summer, years ago during the recession, when she was behind on her electric bills.

“I’ve never forgotten how they treated me,” she said.

Last week her side and APS submitted testimony to the judge. The argument boils down to the credibility of APS’s estimates of the rate increase’s impact on customer bills.

“Their estimation should bear some semblance to reality,” Champion’s attorney, Adam Stafford, told me.

APS argues the estimates were valid and the new rates are being imposed fairly. Stafford’s expert says APS underplayed how big the impact would be. Either way, their fairness to their customers, who after all have no other choice for electric power, will be on trial when the next hearing takes place Sept. 25.

APS has also staked its reputation on its opposition to the Clean Energy initiative, funded almost entirely, as they have reminded voters constantly, by California billionaire Tom Steyer. In the quarterly analyst call Friday morning, APS executives repeatedly referred to the ballot issue as the “Steyer initiative” and spoke of it as a dire threat.

Maybe it is a threat. I know I’m not sold on the idea of putting renewable-energy requirements in the state constitution. But to refer to it as the idea of a California billionaire also reinforces the knowledge that the opposition comes from an extraordinarily wealthy monopoly and its exorbitantly paid executives.

As the Star put it in an online headline this week, it’s a battle of Goliath vs. Goliath. There’s no David in this debate.

The APS campaign to discourage people from signing petitions failed miserably, as almost 480,000 people signed, more than double the minimum number required. So now the company is fighting the signatures, claiming in court that 70 percent of them are invalid, a touchy claim to make about thousands of their own customers.

But after going through the petitions to throw out those that would be disqualified because of obvious errors, the Arizona Secretary of State’s Office found 94.6 percent of the petitions remained. Now, only about half the remaining signatures need to be found valid in sampling done by the county recorders’ offices in order for the initiative to reach the ballot.

In other words, the company’s claims about the invalidity of the petitions are likely to prove false.

So, when APS tells us that Palo Verde Nuclear Generating Station would have to close if the initiative is passed, I listen to the argument, but with skepticism.

Earlier this year, Palo Verde official Jeff Burke explained to me that the plant is designed to produce low-cost power constantly, not be turned off and on. But if the initiative passes, the surge of renewable energy that would go onto the grid during the day and disappear at night would make it hard for APS to produce the constitutionally mandated proportions of renewables without turning the nuclear plant off. That could lead to its premature shutdown.

Proponents of the initiative have responded to the critique by producing studies that say the plant would be fine.

I’m not educated enough on these issues to know for sure who’s right. No doubt this potential threat to Palo Verde and other effects of the initiative pose a risk, a risk mitigated by the benefit of reducing our dependence on climate-heating fossil fuels.

But I know we have a track record with post-Citizens United Arizona Public Service in our state’s politics. And I know that the harder they try to dominate state politics, the more their credibility erodes, and the more skeptically we have to view what they say.

Organization was on UA campus this week signing up students.

Arizonans will get to decide whether they want to require utilities to produce more of their power from renewable sources.

WASHINGTON — Republican Jon Kyl of Arizona, who served three terms in the Senate before retiring in 2012, was sworn in Wednesday to fill the s…

Proposition 127 becomes the most expensive ballot fight in Arizona history

Some $18 million has been spent in support and nearly $22 million against the renewable energy measure so far.

Arizona Corporation Commissioner Sandra Kennedy proposes to subpoena the records of Arizona Public Service, and two others back her.

APS admits spending $10.7 million in 2014 to elect two regulators of its choice

APS makes claims about the future of the Palo Verde nuclear plant that are not simple to verify, and the utility has a growing credibility problem.