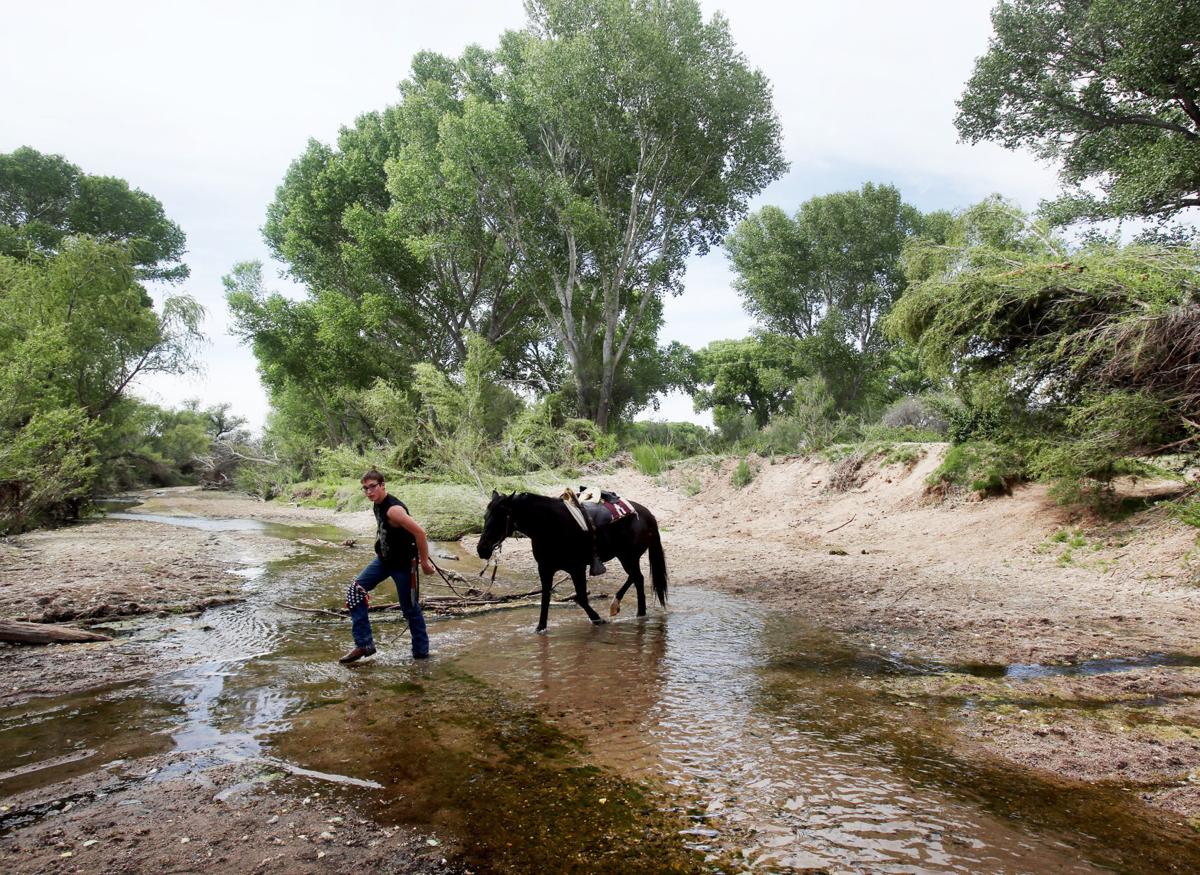 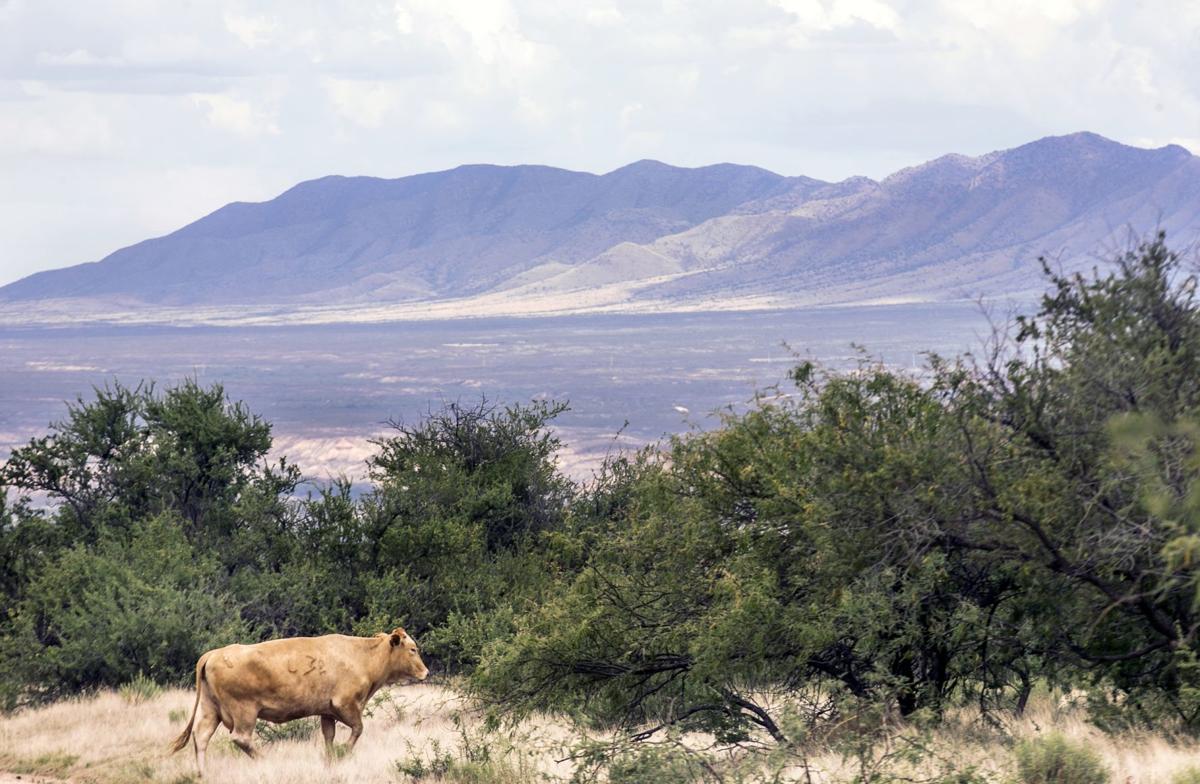 Environmentalists say the U.S. Army Corps of Engineers failed to comprehensively assess the impacts the massive Benson development will have on groundwater supplies.

And the federal government’s response would essentially be a shrug.

No government agency is accepting responsibility to prevent two massive projects southeast of Tucson from drying up their adjacent, rare flows of desert water. Certainly the Army Corps of Engineers, the agency responsible for issuing clean-water permits to both projects, is not.

So, it’s unclear that anyone will. You can’t expect a company that will make big bucks off draining a river’s water supply to decide on its own not to do it.

The Rosemont Mine, which received a key permit March 8, is just one of two examples of government underreach in the defense of water.

The projects are so close to each other that you could practically see the one, The Villages at Vigneto housing development in Benson, from the ridge above the other, the Rosemont Mine in the northern Santa Ritas.

The problem in both cases is one of “scoping,” as they call it — determining the scope of government regulators’ powers over a project. In both cases, they’ve decided not to go far enough to protect those rare, flowing waters.

The plan for The Villages at Vigneto is to put 28,000 homes and around 70,000 residents on about 12,000 acres of rural land south of the developed portion of Benson, along Arizona Highway 90.

The project would rely on pumping groundwater, which is allowed because of our lax state laws permitting essentially unlimited pumping outside the five active management areas and ignoring the connection between groundwater and surface water.

The endangered San Pedro River flows nearby — increasingly shallow and occasionally intermittent as the climate warms and dries.

Once upon a time, the U.S. Geological Survey was going to figure out just what impacts this supersized development would have on the last remaining flowing river in Southeastern Arizona. But the study would have cost $1 million, and its funding was cut in 2010.

Up to today, no government agency has done that fundamental work.

The U.S. Fish and Wildlife Service once worried about the impact that sucking up groundwater for 70,000 new residents would have on the river and wildlife. Back in 2016, the service took the position that federal reviews must consider the impact of the entire project on protected species and the river.

The service sent the Army Corps of Engineers a stern letter to this effect as the Corps considered a Clean Water Act permit requested by the developers.

But then the developers, El Dorado Holdings, claimed they could build the project without obtaining that permit, by building without filling in washes.

And the service changed its mind. In November 2017, the service sent the Corps a submissive letter saying that the Corps’ position was right. Only the project’s impact on the washes it must fill in order to build the development should be considered in deciding whether to issue the permit.

“If they say, ‘We’re gonna build without the permit,’ then we have no reason to not believe them,” Fish and Wildlife Service supervisor Steve Spangle said at the time. “The fact is, the Fish and Wildlife Service does not have expertise on what other development could happen without a permit. Therefore we have to rely on the intent of the developer, as well as the Army Corps of Engineers.”

I should explain here that it’s clear the project really does need the clean water permit. If the developers don’t build on filled washes in the property, then the whole concept of the development falls apart. So, the service was gullible in accepting the developer’s claim.

But that’s the basis on which the Army Corps’ analysis has moved forward — considering only the impacts of dredging and filling washes on the project property, not the evident draw-down of the aquifer and possible disappearance of the San Pedro. So in October, the Corps issued the necessary permit, although no government agency has ever figured out what impact the mega-project will have on the river.

In February, environmental groups sued the Corps demanding — guess what — a comprehensive review of the effects of the development, including its impacts on the river and the St. David Cienega, the last remaining marshland along the San Pedro. Apparently in response, the Corps suspended the permit, though they’ve done so before and reinstated it.

About 20 miles to the west, just over the Whetstone Mountains, Cienega Creek flows north through a preserve, and eventually dwindles into the desert.

The Rosemont Mine poses a different sort of groundwater-pumping risk if the pit is dug high above the creek in the Santa Ritas.

To dig the mile-wide pit, the company has to pump groundwater out of the aquifer below it, producing a groundwater “sink” where levels are lower than in surrounding areas.

The U.S. Forest Service acknowledged the likely effects of the mine on Cienega Creek and selected the mine alternative that was likely to reduce flows the least back in 2013. Since those years, the federal focus on water has only narrowed.

The Army Corps of Engineers, in this case, too, is responsible for the crucial clean-water permit. In 2016, the Corps’ Los Angeles office recommended against issuing the permit, saying it was against the public interest and could degrade surface water including Cienega Creek.

The Environmental Protection Agency also made clear it thinks the mine could destroy the surface water of the Cienega watershed, as my colleague Tony Davis found through public-records requests.

“The Rosemont Mine will degrade and destroy waters in the Cienega Creek watershed containing regionally rare, largely intact mosaics of some of the highest quality stream and wetland ecosystems in Arizona,” one EPA memo said. “These environmental consequences are substantial and unacceptable.”

But the Corps chose to narrow what it considered in deciding whether to issue the clean-water permit this year. It focused on the dredging and filling of 40 acres of washes on the mine site for construction of facilities.

The attorney who has been involved in litigation against both the Villages development and the Rosemont mine, Stu Gillespie, told me the Corps’ decision “creates a huge loophole for mining.”

“They’ve either abdicated their jurisdiction with the Clean Water Act or turned a blind eye,” he said.

That’s left people like Gillespie, environmental groups and tribes to try to protect the surface water through lawsuits.

But it shouldn’t be that way. We have environmental laws and government agencies that are supposed to protect that rare, flowing water in the desert.

House Speaker Rusty Bowers said the measure will help keep thousands of Arizona well owners out of jail. Himself included.

Environmentalists say the U.S. Army Corps of Engineers failed to comprehensively assess the impacts the massive Benson development will have on groundwater supplies.