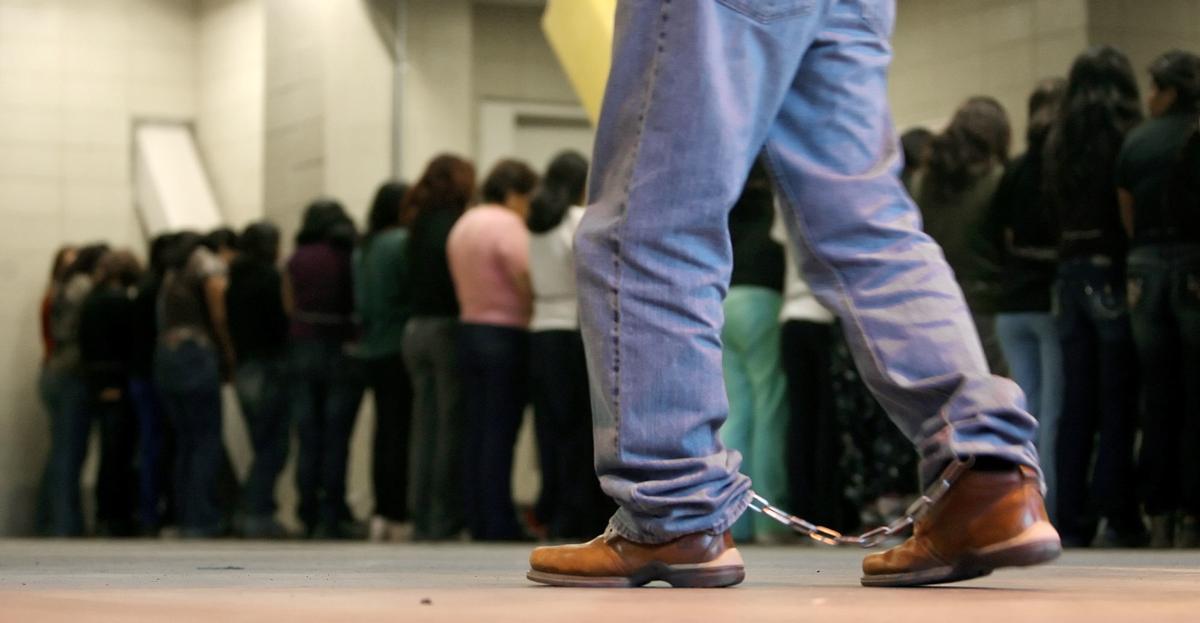 As the bond hearing for an Indian man wound down, his attorney asked for interpretation.

“If you wish to have translation,” Davis went on, “then you should ask for the interpreter before the hearing.”

Davis went back and restarted the approximately 10-minute hearing, this time with the interpreter translating into Punjabi, the language of the asylum-seeker named Singh. The judge wanted a clean record, he said.

As the number of asylum cases grows, so does the backlog of cases in immigration courts in Tucson and around the country. And while the pressure comes down on the judges and immigration courts to push cases through faster, other factors are keeping the backlog growing. Some judges, fed up, are leaving the field altogether, and Justice Department policies mean thousands more dormant cases are being pushed back into active consideration in the court.

Judge John Richardson of the Phoenix immigration court retired in September after seeing the way things were going: Less discretion for judges in deciding cases and production quotas for completing them.

“Between arrest and resolution — either deportation or some kind of relief — there is a choke point in the courts,” he told me last week. “The bottom line is, we need more judges, we need more law clerks, we need more support for the judges.”

Part of the problem is the sheer number of asylum-seekers showing up from Central America and other areas, including India, at the Mexican border and elsewhere. The series of Punjabis named Singh seen by Davis that February day had shown up between ports of entry at different times, seeking asylum. They were being detained in Eloy and appeared via video at the Tucson immigration court in the federal building downtown.

Robinson, the attorney for the men, told me later that they are part of an influx of Indians that began last year.

“It comes in waves,” she said. “They came in in the summer, and it hasn’t died down by much.”

In fact, one of the men had crossed the border in July and was just getting to his hearing to determine whether he could be released on bond, after seven months.

These waves of asylum-seekers are hard for the courts to handle. But on top of that, the Justice Department has shoveled a whole new category of cases back into the system by reopening cases that were administratively closed.

The immigration courts, you see, are not part of the judicial branch of government. They’re part of the Justice Department and are administered by the Executive Office of Immigration Review and, ultimately, by the U.S. attorney general.

In a May 2018 decision, then-Attorney General Jeff Sessions ruled that immigration judges could not close cases that did not have a final resolution. This is a practice judges had engaged in for years. In 2014, the Obama administration ordered that the cases of people illegally in the country be prioritized, rather than prosecuted without considering respondents’ criminal records or likelihood of getting a green card.

Tucson immigration attorney Doralina Luna told me this process of “recalendaring” — that is, opening back up — closed cases has clogged the courts further.

“In the fall last year, I was told that all the cases that I had that were administratively closed before the court were being re-calendared,” she said. “I had probably 50 to 60 cases that I had closed. In the fall — October, November and the first part of December — I saw a record number of motions to recalendar cases that had been closed for a couple of years.”

“Ninety percent of the people who were administratively closed had no criminal history,” Luna said. “It was easy for me to say ‘Keep your nose clean.’”

Now those cases are put back on the immigration-court calendars, which raises new challenges.

“The struggle was finding the clients,” Luna said. “I’m still their attorney. The case is asleep, not dead. It can be woken up at any time.”

Now, the Trump administration and Congress seem to have recognized the broader problem with processing immigration cases, despite the narrow focus on border security. The funding bill passed this month that put $1.375 billion toward new border barriers also included a $126 million budget increase for the immigration courts, intended in part to add 75 new immigration judges and their associated staff and expenses.

It was a good recognition of the need. But under current circumstances, it’s hard for the courts to keep judges on board.

“In fiscal year 2018, Congress provided funding for 484 Immigration Judge (IJ) teams. Despite Departmental actions to accelerate the recruitment and hiring of immigration judges, only 395 IJ teams were on-board at the end of fiscal year 2018. The agreement provides funding for 534 IJ teams, including associated space and technology requirements.”

So, last year the immigration courts were able to keep on board 89 fewer judges than they were funded for. That number was up to 414 by the end of December, but attrition keeps undermining hiring.

“What’s got to happen is the whole attitude and apparatus has got to change,” said Richardson, the retired judge. “It’s got to be taken out of the Department of Justice and made into an independent court where it’s not subject to the political pressure.”

This is unlikely to happen anytime soon. The executive branch likes to have control over the immigration courts so it can turn its policies into reality, as both the Obama and Trump administrations have done.

But the heavy hand of the current administration, taking away the judges’ discretion and refilling the courts with low-priority cases, is having the opposite of the desired effect. It’s keeping the courts full and discouraging the people who could empty them, the judges.

After snapping one streak, Wildcats will try to continue another against Stanford

Arizona has won its last 18 games against Stanford, dating back to 2009. The Star's Bruce Pascoe previews the latest installment.

With more rain falling, could we capture more for Tucsonans to use?

Local governments are taking more steps to harvest rainwater to gear up for droughts.

Though McSally supports President Trump's goal to secure the border, she has some concerns on how his administration plans on paying for it.

Luis Carrasco: Trump voters are open to compromise on immigration

Voters want compromise even if politicians forget the meaning of the word.

Star editor: Your questions about dropping 'Non Sequitur;' my answers

I’ve talked with more than 100 readers this week, all but a handful expressing anywhere from mild disgust to complete outrage with my decision…