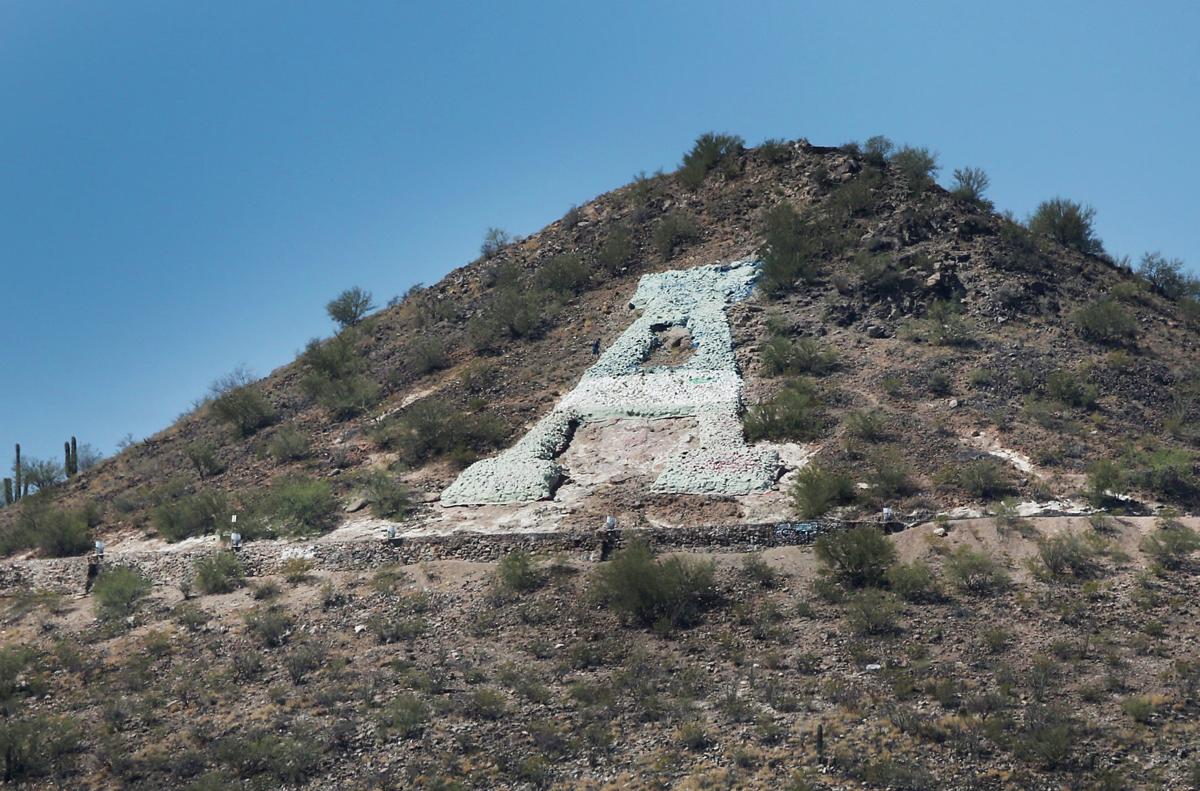 All you have to do is look up at Sentinel Peak to understand how intimately the love of the Arizona Wildcats is entwined with civic pride in Tucson.

That’s not like other towns in Southern Arizona. Bisbee has a hillside “B,” Globe has a “G,” and Casa Grande has an interlocking “CG.”

Tucson, though, has an A, and it’s because of the Wildcats. After a 1914 football victory over Pomona College, a UA alumnus and engineering student got the ball rolling for students to clear brush and cactus, dig an A-shaped trench, move rocks, add mortar and cover the resulting, formed pile in its traditional white paint. The big A was finished in March 1916.

To this day, our civic pride, what makes many people most happy to say they’re from Tucson, is all tied up with the Wildcats. That’s fine as long as the teams are competing and staying out of trouble. But with the UA’s big-money sports mired in controversy, maybe it’s time we consider disentangling the pride we place in UA teams as representatives of Tucson, and in Tucson as the home of UA sports.

I started thinking about this after getting into a Twitter conversation with Tucsonan Aaron Burch, a Wildcats fan who loves Tucson and was angry about the Star’s coverage of Sean Miller’s troubles.

His main point: Tucson doesn’t have enough going for it that we can casually dismiss the sport, UA men’s basketball, that has made us feel so good about ourselves.

“I think it’s the underdog factor,” he said when we talked last week. “We’re Tucson, we get under-served from politics on up. Our economy’s kaput. We’re in Phoenix’s shadow on just about everything.”

Another Twitter debater, Steve Johnson, laid it out to me this way when we were debating the significance of UA basketball’s troubles: “Regardless, does any of that nullify the fact that thousands of adult Wildcat supporters grew up going to games with parents and friends? No it doesn’t. It’s a learned family and cultural value that’s in the water in Tucson and much of AZ.”

He went on, “Some of my first childhood memories are of watching U of A baseball at Sancet Field with my father. Get it??”

I do get it — and I don’t. Since I wasn’t raised in Tucson and didn’t attend the UA, I’ll never “get it” even the way my son, a native Tucsonan and Wildcat fan, gets it. And yet, I get it that there are precious relationships and traditions — the Wildcat fans’ love of the UA teams is one of them.

Here’s where I depart from that way of thinking, though: Tucson — and by that I mean the greater Tucson area — offers so much more to be proud of. And you shouldn’t have to be a Wildcat fan to love Tucson. This struck me again this year, as it has every year for the last 10, while attending the Tucson Festival of Books.

Here, in this town, people are so eager to engage with the ideas and language of top authors that it’s become hard to get into many of the sessions. I had to sit in the grass outside a large, overflowing tent this year just to listen to three novelists I’d never heard of talking about their work. It was cool.

Tucson is a town full of brains exploring the world. Some are authors and poets; others are astronomers, geologists, engineers, anthropologists, aircraft pilots. They’re engaged in big thoughts, big things.

We have these mountains that everyone loves — the Catalinas, the Rincons, the Santa Ritas, and yes, the Tucsons, where “A” Mountain stands. They’re symbols of the city as well as places we gaze at and go to play. Quickly slipping into the mountains or desert is one of the happy habits of living around Tucson.

We have a bicycling culture that has grown so big it’s a routine feature of life. Road cyclists are around all the time and crowd the roads for El Tour de Tucson in December. Mountain bikers are all over the trails and fill sites north of town for the 24 Hours in the Old Pueblo race each February. And now, of course, we have the 55-mile Loop trail that circles the whole city. It’s amazing.

We have this unique relationship with Sonora, and Mexico as a whole, that dates all the way back to our days as a frontier outpost of the Spanish Empire. We embrace that heritage and the cross-border relationships because that’s the way it’s always been. For family, business, or travel, the border is not much of a barrier to Tucsonans. That embrace of the borderland heritage is one of the reasons Tucson was named a UNESCO City of Gastronomy.

The only problem with these great qualities is that they’re not the kind of thing people show regularly on national TV. You can’t cheer for them numerous times a year, as with Wildcats games. And each one of these local features has its own enthusiasts, not crossing demographic borders the way basketball fandom does.

But Burch — again, a devoted Wildcat fan — evolved as we talked about the subject, embracing the need for more diverse sources of pride: “Tucson is a hard-working, passionate town and we love where we live. It’s time Tucson has opportunities to see its reflection in people other than 19-year-old amateur athletes.”

I don’t think there’s anything wrong with being a fan of the Wildcats. I’m one myself, though more casual than some. But maybe we should try to embrace Tucson more for its own sake, for the laid-back, high-desert city it is.

Nothing against the UA, but maybe there should really be a “T” on Sentinel Peak. Or, barring that, since the UA has an “A” on that city-owned hill, maybe we could put a “T” up on the UA-owned Tumamoc Hill, the higher peak to the west.

Of course there would be environmental concerns at that ecological preserve, but it’s fun to dream. A big white “T” there would remind our residents that there’s more to the city than the Wildcats.

The Wildcast, Episode 93: How can Sean Miller scrap together last-minute recruiting class for 2018?

Justin and Bruce break down Sean Miller’s journey since losing to Buffalo, and key recruits to keep an eye on to join the Wildcats for the 201…

With the MLB regular season on the cusp of starting, every team is putting together its final roster for Opening Day. The Philadelphia Phillie…

Dow is the the former Arizona state director for Rand Paul’s 2016 presidential campaign.

An outside agency will investigate longtime rumors of bribery.

The three bookstore employees secured a loan and now need to raise enough funds for a purchase in May.