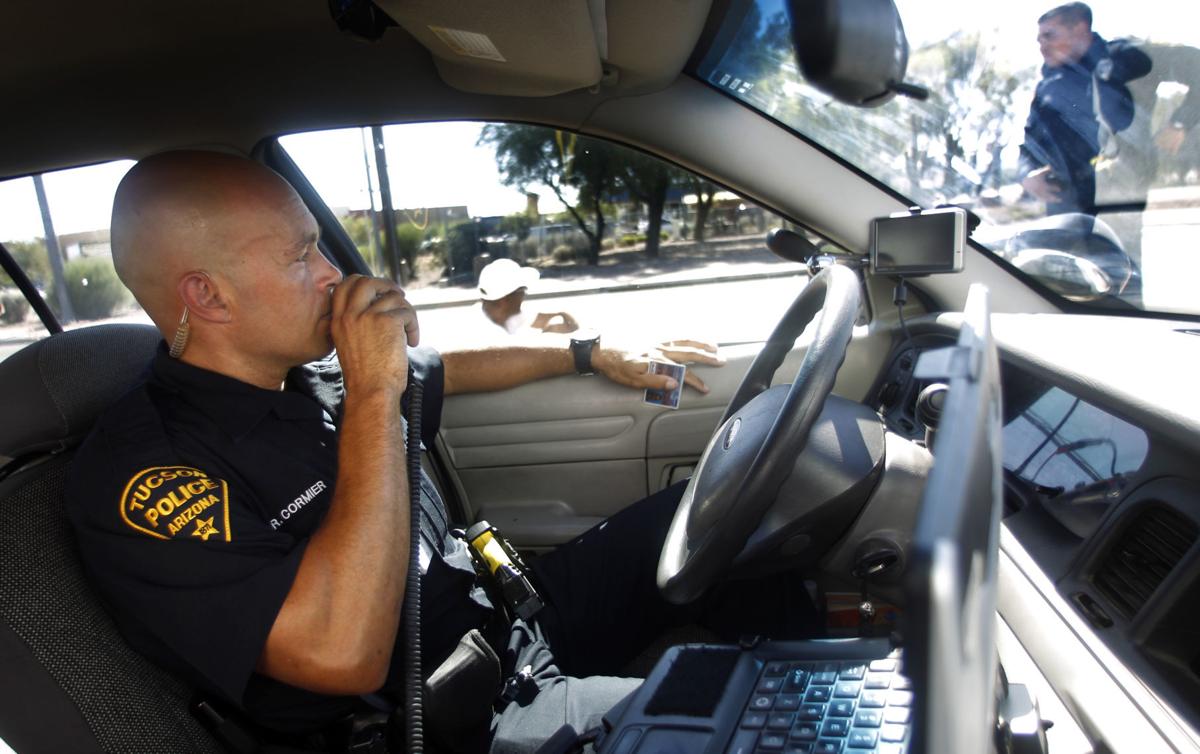 When you’re waiting for a Tucson police officer to respond to your call, you probably don’t think about police and firefighter pensions.

Anyone in the city who has called police for a minor incident in recent years knows that it can take forever to get a response. Break-ins, minor collisions, bike thefts — you may end up using an online system rather than having an officer come out, though they are typically quick to respond to emergencies.

The problem, of course, is the dwindling number of Tucson police officers. The department is down from a peak of more than 1,100 officers to a total of 811 sworn officers, Chief Chris Magnus and top aides told me in an interview Tuesday.

That’s about 1.5 officers per 1,000 residents, way below a general national guideline of around 2.4.

In practice, they said, that means there are about 700 deployable as investigators or field officers, when you remove those assigned to command positions, those on leave and those with administrative positions such as training and recruiting. And they are leaving for other departments or by retirement as fast as we can hire them, if not faster.

“We’re losing highly trained police officers in the prime of their careers. That’s what we’ve got to stem,” Magnus said.

The simplest way to stem it, of course, is by paying people more and improving work prospects and conditions. Officers haven’t been getting the step increases in pay that they understood they would when they hired on, and the frustration is growing.

Nobody really questions this. The City Council gets it, the city manager gets it, the officers get it, the police chief gets it.

But there’s a big obstacle to doing something about it: The city’s pension obligations.

This year, the city is paying $83 million to cover the cost of its regular pension obligations for police officers and firefighters, plus the amount required to catch up to its unfunded obligations. That’s $83 million out of a total general fund budget of about $544 million.

That’s 15 percent of the city’s general-fund spending this year.

This is all part of a long-term problem that you may have read about but, if you’re like me, never fully grasped. The state Public Safety Personnel Retirement System has been increasingly underfunded for years, as a result of poor investment and disbursement decisions, economic recessions and court rulings that struck down efforts to bring the system back to financial health.

One of the reforms that stuck: For the last five years or so, new hires have had to work for 25 years in order to be eligible for full pension benefits, rather than the old, unsustainable standard of 20 years.

Tucson’s public-safety pension obligation alone is almost $1 billion underfunded — $954 million to be precise — and we’re currently on a 19-year plan to make up that difference.

Meanwhile, eligible officers keep retiring, leaving us with more officers drawing from the pension than actively employed and paying into it.

It’s a financial imbalance that makes it hard to figure out how to keep our existing cops, let alone add to their numbers and bring us back to a place where we’ll have prompt responses to bike thefts or break-ins.

The department has to hire about 100 new officers per year just to keep up with attrition, which has increased from about six per month to around eight per month, Magnus said. So to actually add, say, 20 officers in a year, we’d have to hire 120 new ones, he said.

That’s a tall order when we’re not even giving officers the raises that we said we would years ago.

Of course, we passed Prop. 101 last year, raising the city sales tax by a half-cent, but that didn’t pay for more police officers or raises. It just paid for police and fire equipment, like vehicles.

And a sales tax itself is not as responsive to the growing economy as it used to be, Ortega said. With people buying more products online, the post-Great Recession bounce-back hasn’t bounced high enough to make up for the declines that we suffered in the depths of the bust.

“The upward trajectory in revenue doesn’t match our expenses,” Ortega said. “My suggestion is we think hard about diversification of our revenue streams. We need to move beyond sales tax.”

However we do it, we need to find that financial solution soon. The officers are coming on to their shifts daily with a full screen of calls to take, leaving the lesser calls for later. And the retirements are mounting, along with our obligations to pay.