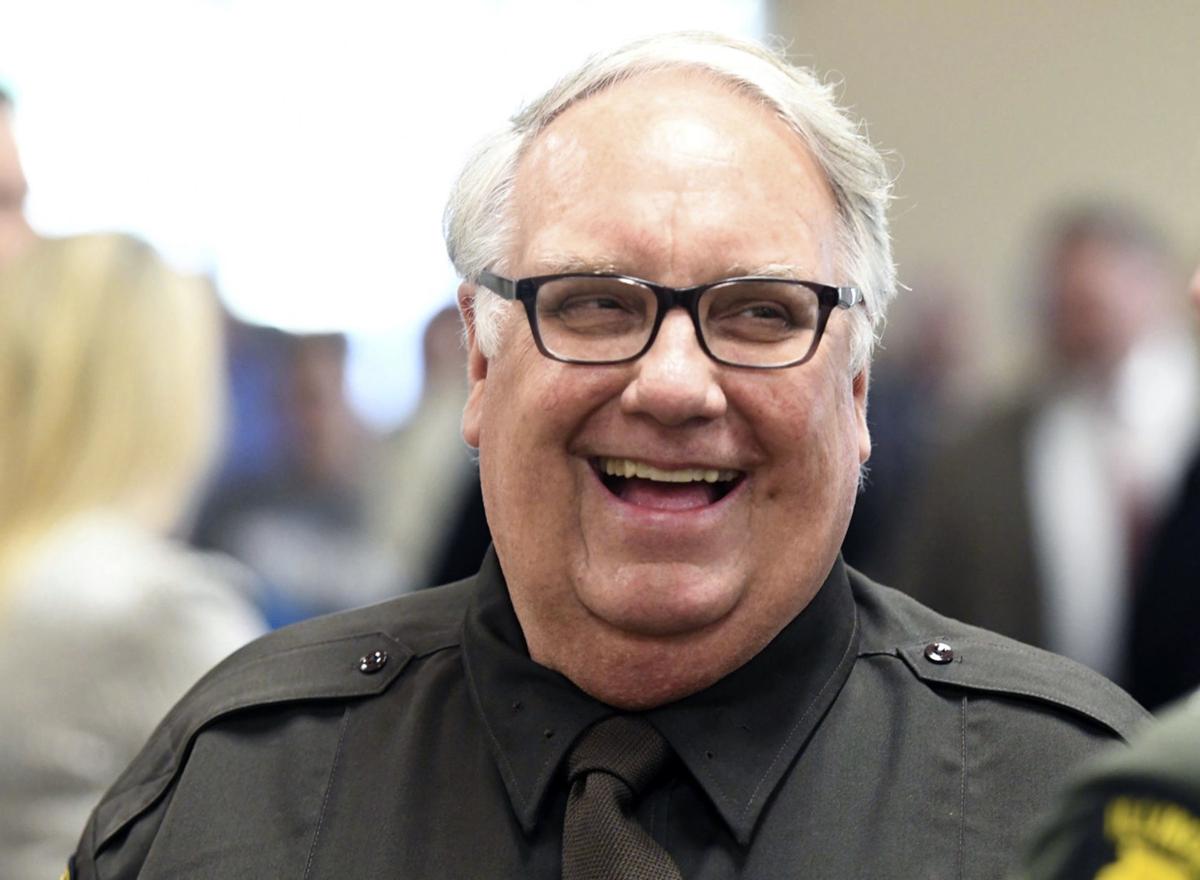 Four traffic citations from 2016 list “HBuffett” as the responding officer.

Of course, he’s also the son of Warren Buffett. And soon, Sheriff Mark Dannels may deputize him for real.

Cochise County resident and reporter Beau Hodai obtained the citations as part of years of research he did on Howard Buffett’s activities in the county, research that turned into a three-story package published in January by the Phoenix New Times. The stories focus on Buffett’s embrace of the border-vigilante tradition in the county, which runs somewhat counter to Buffett’s portrayal of himself as a globe-traveling humanitarian focused on agricultural research.

But it also raised the key public-policy question of whether Buffett’s money and agenda have distorted the priorities of the department under Dannels, the Republican first elected sheriff in 2012. Both Dannels and his predecessor, Larry Dever, who died in 2012, emphasized issues of border insecurity.

With Buffett’s funding, Dannels has taken it even further. Buffett funded a financial crimes unit for the department and helped define the unit’s mission. One email obtained by Hodai, who shared with me some of the public records he obtained, shows Buffett making slight corrections to the unit’s founding mission statement.

Hodai did not speak with Dannels for his stories, but the sheriff and I spoke Friday.

Unsurprisingly, Dannels didn’t care for Hodai’s pieces. He told me they painted a false image of Buffett, whose generosity has been fantastic for the department and hasn’t distorted its mission.

“He doesn’t demand the priorities,” Dannels said of Buffett. “It’s like any other grant. We sent the proposals to him. This is our wishes, and he either accepts it or denies it.”

In particular, Dannels pointed to Buffett’s rebuilding of the county’s troubled radio communications system as crucial.

“There were areas of the county where we couldn’t even talk to deputies. That’s how bad it was,” Dannels said. “When I proposed that to Mr. Buffett, he said, ‘Write it up.’

“Today we have a robust, state-of-the-art, regional communications center.”

Buffett did not respond to Hodai’s interview requests. I sent word through Dannels that I wanted to interview Buffet, but did not hear back.

Clearly Buffett has done good in the county he’s adopted as a home away from his main home in Decatur, Illinois. Always using the Howard G. Buffett Foundation to make his donations, Buffett has also bought ballistic vests for all the deputies and volunteers, provided helicopters, bought new firearms for deputies and gave the department five new Ford Raptors.

The list goes on. Dannels said he’s received nothing for himself personally from Buffett and even declined an offer of a new Ford Raptor. One could argue, though, that Dannels benefits politically from Buffett’s gifts, which can be used to create goodwill for the department.

There’s an unseemly side to Buffett’s generosity — buying his way into friendship with the law-enforcement officers he admires in the places he lives. In fact, the Cochise County Sheriff’s Department is not the first sheriff’s office Buffett has adopted. The first was located in Macon County, Illinois, where he also made multimillion-dollar donations over the years.

In Decatur, Buffett worked as a volunteer auxiliary deputy in the Sheriff’s Department, then eventually was appointed to the official position of undersheriff. When that sheriff resigned in 2017, Buffett was appointed sheriff, an office he occupied for about a year. Although he hasn’t been through a police academy, Buffett has received firearms certifications and other training, the department noted in its announcement of his appointment.

In Cochise County, Buffett has taken that admiration for law enforcement and combined it with a fascination for border security. In fact, he went out and bought himself two ranches with miles of border frontage.

As Hodai showed, Buffett has put trail cameras out on his property and followed the tradition of border militias in rural Southern Arizona by bringing men in from out-of-state to do patrols for smugglers on his ranch property. In emails Hodai obtained through public-records requests, Buffett sent photos of apparent smugglers to friends in the Macon County Sheriff’s Department.

One deputy wrote back: “You need a rag tag group of macon county sheriff vigilantes to show up and kick some ass.”

And indeed, Macon County friends have come out and conducted border patrols on Buffett’s property.

“Of course the sheriff has found someone who is of great benefit financially to him,” English said, referring to Buffett’s donations to the department. “Buffett also benefits because he feels like he’s part of the Old West.

English and the board have objected to the Sheriff’s Department accepting gifts from Buffett without going through the board, as the process is supposed to work. But she thinks they’ve worked that out over the last year. She told me she worried when she heard about Buffett issuing traffic citations, which was news to her.

“If you ask me, that’s stepping across the line,” she said. “He shouldn’t be carrying a gun, stopping people for something that he perceives as against the law.”

Dannels told me that’s not what happened — that Buffett was with a deputy who performed the traffic stops, though Buffett participated, too. There’s no evidence of the other deputy’s name on the citations, though.

Anyway, Buffett may get the right to make traffic stops and act like a full-fledged law-enforcement officer soon.

“There’s a process where I can swear him in, as long as he’s recognized by another state,” Dannels told me. “We’re looking into that right now to see what we’re going to do. It’s under review.”

In their review, they should probably consider just how much influence a wealthy man should be allowed to purchase in a public police agency. A deputy’s badge isn’t supposed to be for sale. 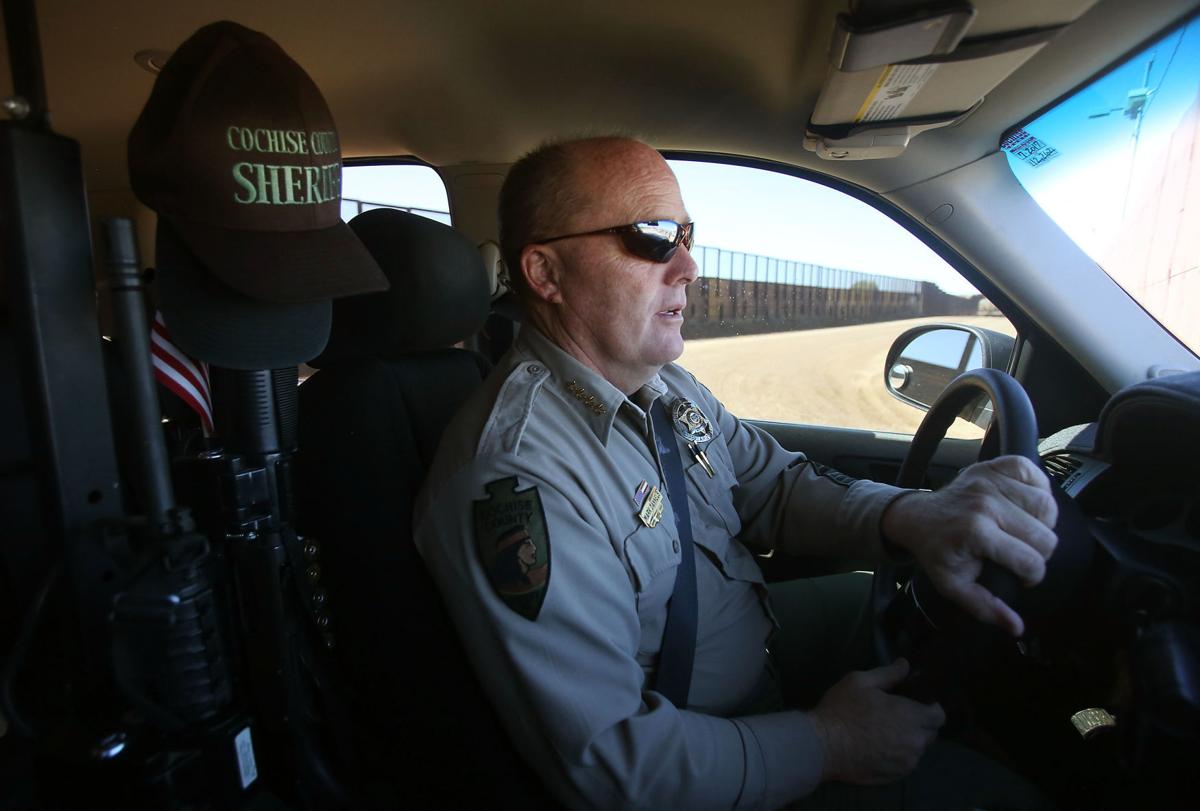 Cochise County Sheriff Mark Dannels, above, credits Howard Buffett with rebuilding the county’s communications system and turning it into a “state-of-the-art” center.