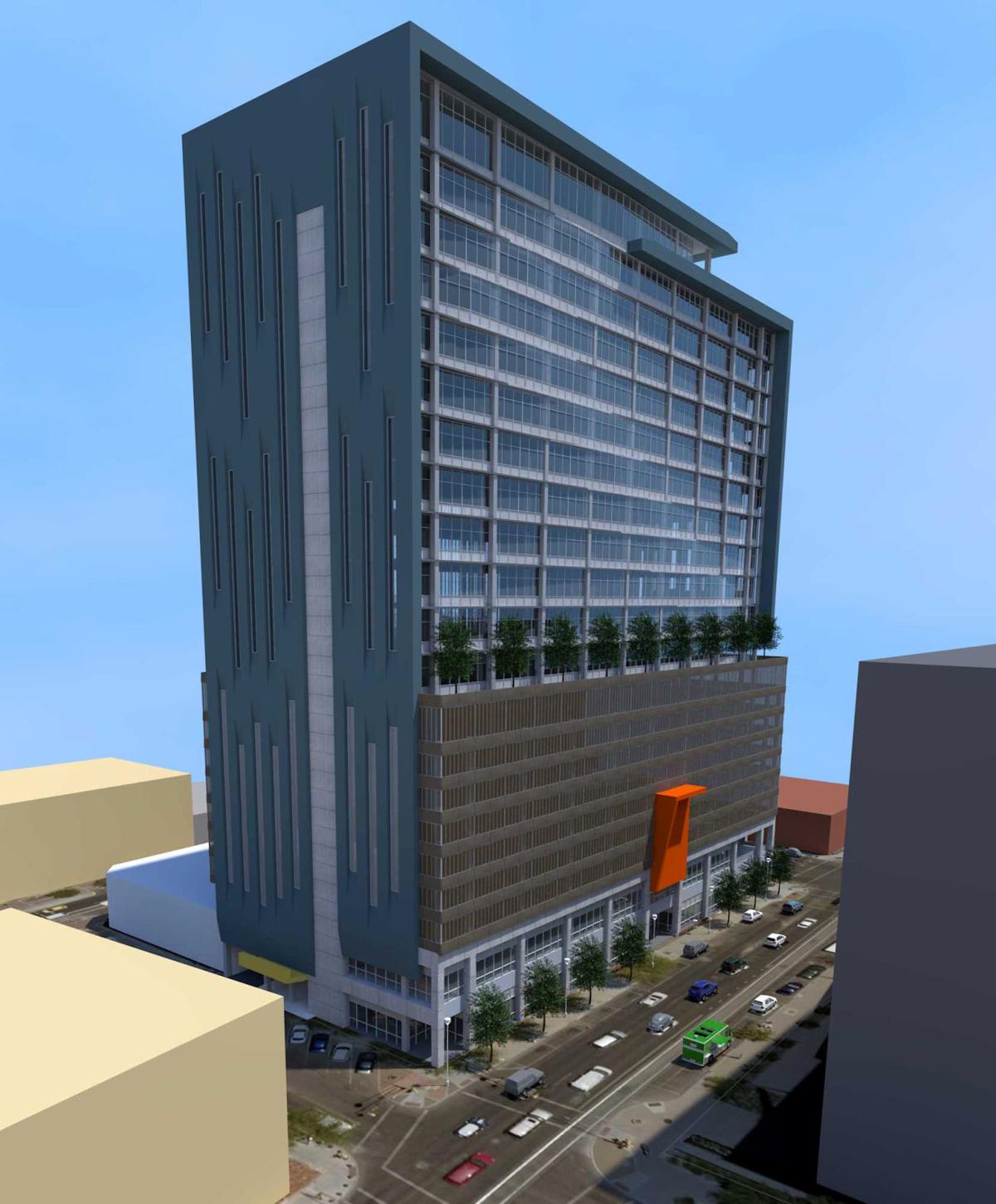 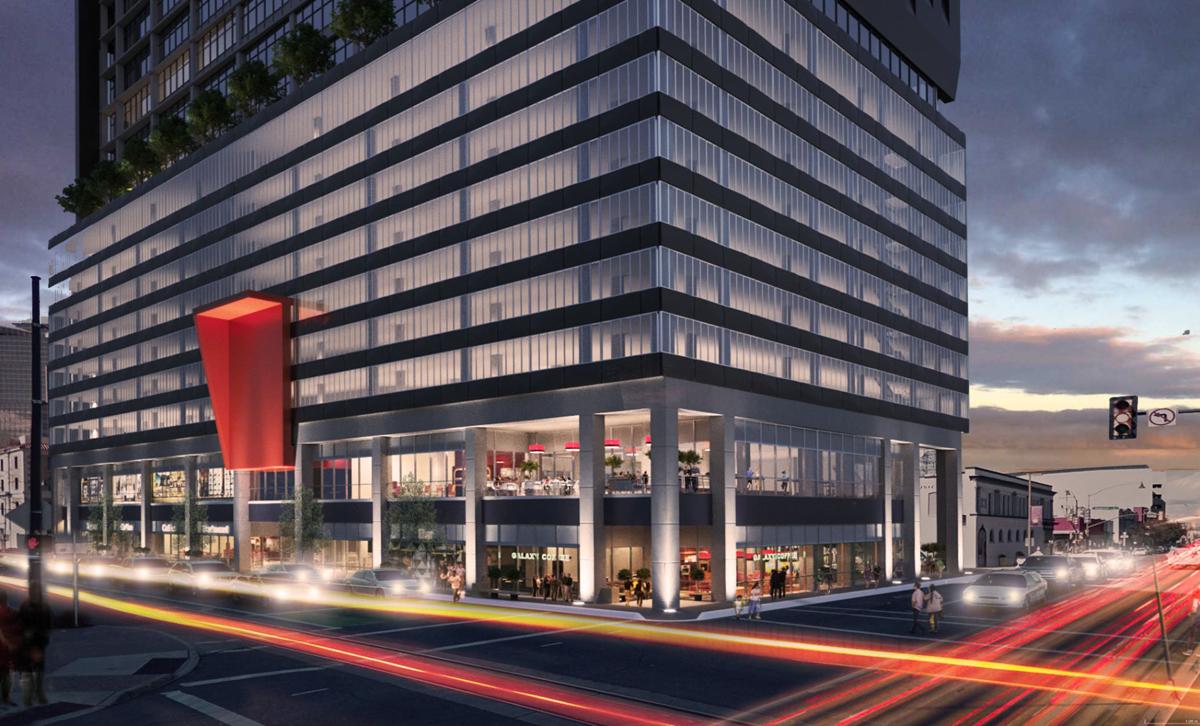 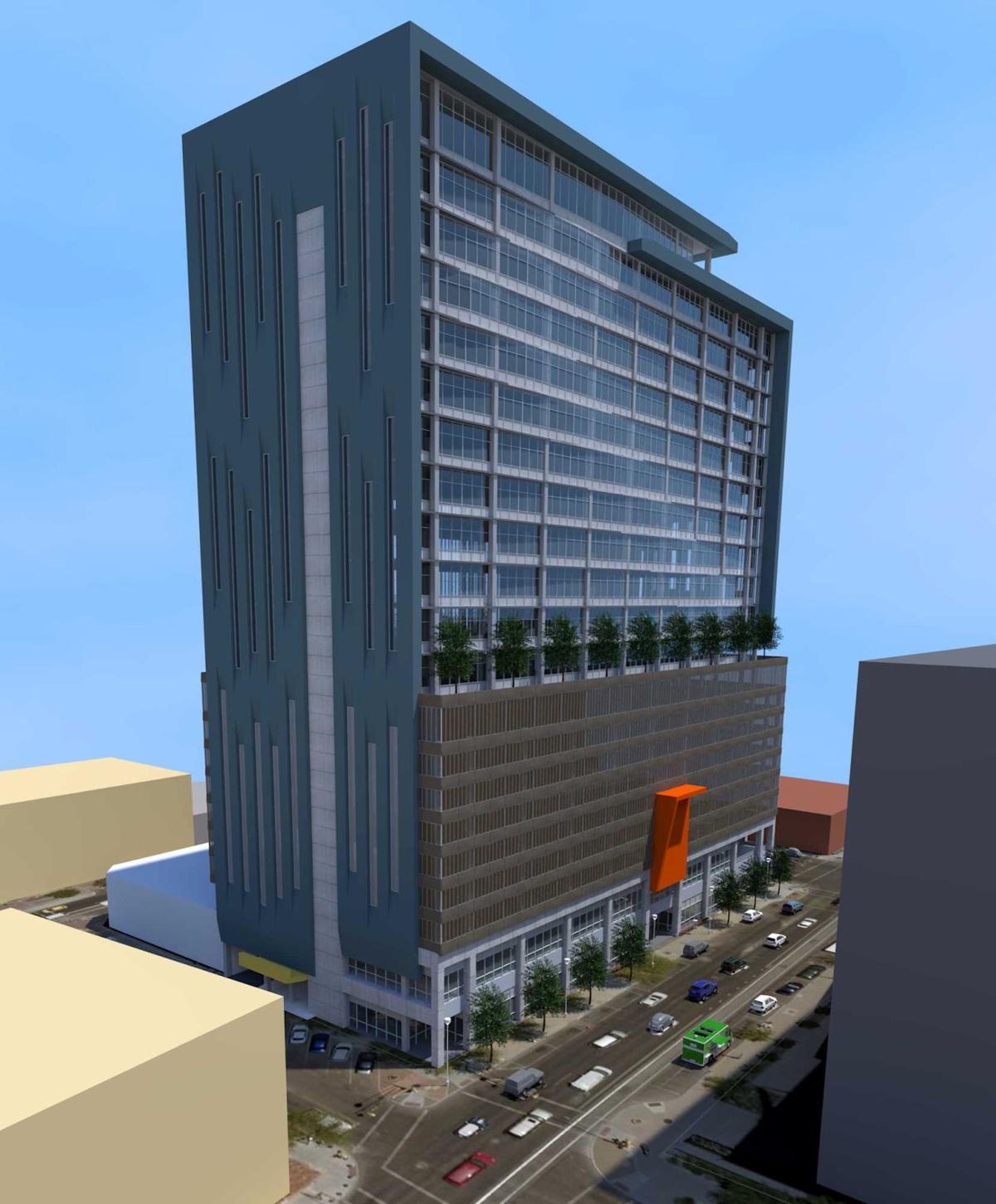 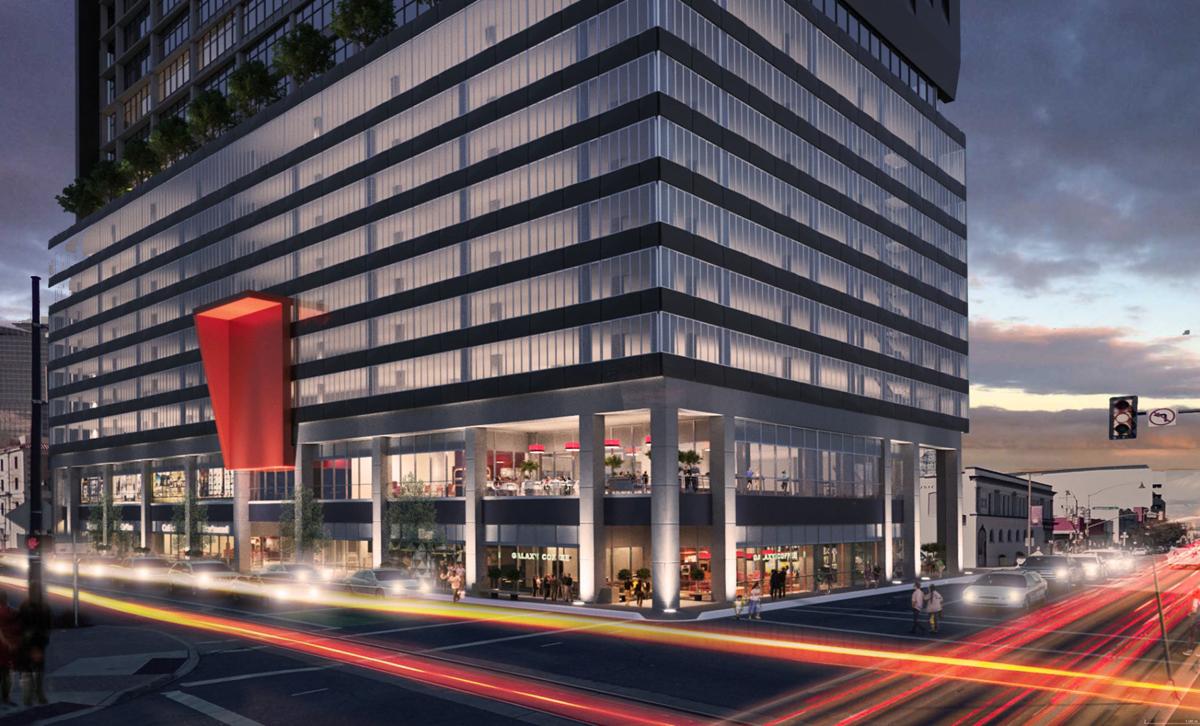 How cool, how awesome that an out-of-state company thinks there’s enough demand for new office space downtown that it is ready to build a 20-story tower for $110 million.

That’s the shocking proposal that came out at Tuesday’s Rio Nuevo Multi Purpose Facilities Board meeting, when the board agreed to try to negotiate a deal to build the tower.

The firm’s initial rendering had me worried. It’s pretty much a 300-foot facade from the sidewalk to the roof all along that block of Broadway, between Scott and Sixth.

But it is just preliminary. That’s good, because this building probably will have more of an effect on the appearance of Tucson’s skyline than any new structure since the U.S. District Court. That eyesore on West Congress near I-10 — with its pale walls, hot patios and ugly silver sun shields — was finished in 2000.

Phil Swaim is aware of the awesome opportunity and responsibility it represents.

“One of the things that JE Dunn has told us is that they want their name to be associated with quality and something the community is proud of,” Swaim told me Friday. “We know that we need to show something.”

If you’ve read my columns regularly, you know that complaining about downtown architecture is one of my habits. But it really has been dubious in recent years, and Swaim has been associated with some of the buildings that bothered me. He was principal architect on the UniSource building — which former Star columnist Josh Brodesky nicknamed The Stapler — a structure that is super energy efficient and utilitarian but aesthetically uninspired when seen from the outside.

In fact, I’m sitting in the ground floor of the UniSource building, at the Mi An restaurant, as I write this column, so as to better look out at the site of the proposed new tower. It’s a Pima County-owned surface parking lot that I’ve been complaining about for years, and I’m thrilled to see it put to a better use, overjoyed to see all the surface parking lots disappearing from downtown.

But since it’s going to be one of the city’s tallest towers, it would be a crime if anything but a beautiful building that fits Tucson and that we can all be proud of comes out of this project.

The unadulterated good news about the project: A big national construction and development company sees enough demand in downtown Tucson to build 200,000 square feet of “Class A” office space and pay for it themselves.

“We’ve never done anything where we haven’t had to help fund it,” Rio Nuevo board chairman Fletcher McCusker told me. “You look at any of our projects downtown, we’re writing checks.”

That isn’t to say that Rio Nuevo is not offering any financial goodies. It is planning to offer the now-standard incentives for downtown development: A GPLET, which means the builder will lease the land from the county and not pay property tax, and a rebate of Rio Nuevo’s half of the state’s 5.1 percent sales tax that are collected at the site. Both incentives last a period of years.

It’s also possible for the company to go to the city for other incentives.

Rio Nuevo’s board is not particularly interested in the design of the tower, McCusker said.

“If you look at the hodgepodge architecture downtown, the reason there is a hodgepodge is there are no aesthetic standards,” McCusker said. “No design standards, sustainability, or materials. I don’t think you’re going to see anyone trying to regulate the design.”

The city would have strong leverage if the company were going for a rezoning. But the property’s zoning allows for a 300-foot tower. (That’s a separate issue we may want to consider: Why limit it to 300 feet in downtown?)

So, if the builder stops at that height, the city’s leverage over design is limited, though there is a design review committee that will at least be able to speak up about the tower’s design.

I talked with three local architects I know about what we should want at a new landmark like this JE Dunn project. One thing they pointed to: Variation, such as significant setbacks that mean the tower is not just a long facade from the sidewalk to the roof. And it needs shades or louvers that protect the sun-exposed windows from too much light, while also limiting the reflection.

On the ground level, the architects embraced the project’s idea of a couple of stories of retail that matches the 1-to-2 story brick buildings around it. And my heart went pitter-pat when Swaim mentioned to me the possible use of brick at that level.

Neher was the main architect on a 20-story tower that is planned for the northwest corner of East Speedway and North Campbell Avenue, though he recently left that firm to strike out on his own.

He also encouraged robust design review, an arduous process he’s been going through for years.

That, to me, is the main point to remember. I asked City Councilman Steve Kozachik — in whose ward this project would be constructed — how do we prevent a monstrosity from being built?

He responded, “A monstrosity is in the eye of the beholder.”

And he’s right that people’s reactions to buildings can be very subjective. But that doesn’t mean we should give up and let hodgepodge reign. We need to demand a lot from JE Dunn and from Swaim. They seem to be expecting it.

Steller: Downtown buildings should speak to their public

It's great that new structures are going up, but they should honor Tucson's character.

It would mean trying to transplant downtown Tucson's beating heart.