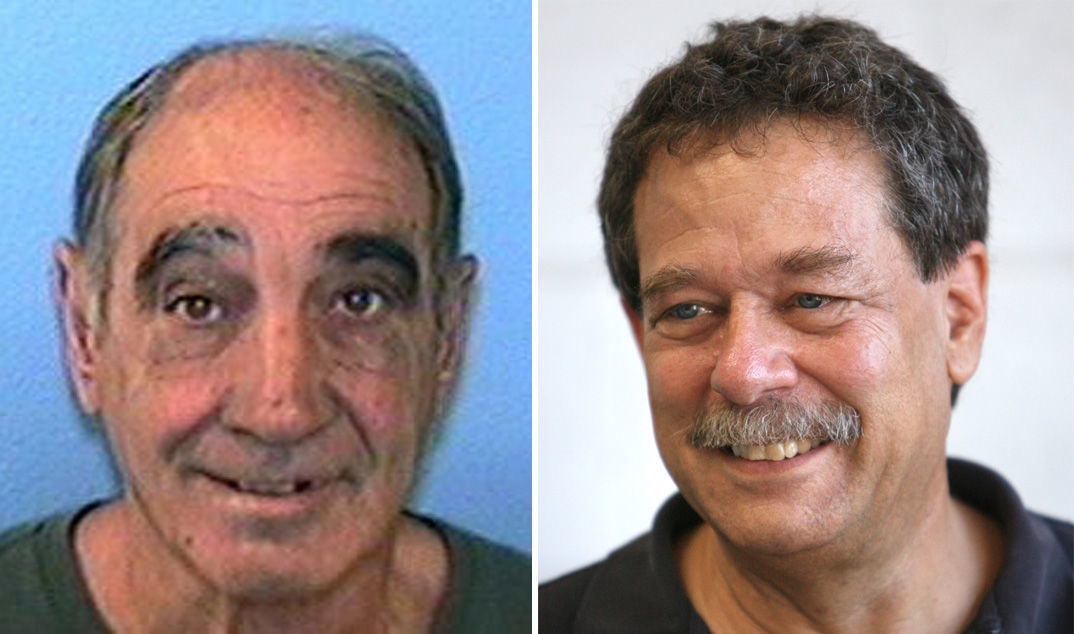 Timothy Abriola, 66, left, was murdered after being kidnapped from an AutoZone; Robert Belman, 71, right, was slain at his home.

When we hear about a terrible crime, we have a tendency to explain it away.

The victim was a criminal, we tell ourselves, or was married to an abuser, or was out too late at a bar, or lived in a dangerous neighborhood. Consciously or not, we look for a way to show that we and our loved ones wouldn’t have been caught in that situation and victimized.

But sometimes we fail, because there really is no good explanation. Something terrible happened, and the bad luck struck someone good, doing common things, living a normal life like yours or mine.

It happened twice in April, and we lost two salt-of-the-earth older men who worked in the auto-maintenance and parts business. There’s no good way to explain either loss.

One, Bob Belman, 71, was at home in the Catalina Foothills on the morning of April 18, likely getting ready to go in to the business he owned, Arizona Auto Refrigeration. The other, Timothy Abriola, 66, had locked up at AutoZone late on the night of April 25 and was about to go to his southwest-side home.

Neither one made it to their destinations.

The Pima County Sheriff’s Department says a man who had stopped by Belman’s house twice the day before, once getting a bottle of water from Belman, broke into his home, ransacked it, stole his belongings and pickup, and killed him, leaving him tied to a chair. They arrested a suspect, Frank Eugene Martinez Jr., 34, two days later and found Belman’s belongings in a car he had nearby.

The Tucson Police Department says Abriola left work at the AutoZone, 675 W. Irvington Road, about 11:45 p.m. Two 22-year-old men, who had been watching him from outside, confronted him at his car, struck him in the head with a machete and stabbed him, police said.

They threw him into the back seat of the car, drove him out to a remote area east of I-19, stripped him and dumped his body, police said. Eric Reino and Isaiah Franko were arrested after police say they tried to rob a Circle K a couple of hours later, still driving Abriola’s vehicle.

That vehicle, a red Pontiac Grand Am, and the images of Abriola being stabbed and dumped haunt Rudy Robles. He keeps thinking about them as he goes about his days on the same southwest-side street where the two lived next door to each other for about 40 years, becoming close friends.

Abriola liked to buy cheap cars and get them working, said Robles, 69.

They drove together in Abriola’s old GMC pickup to get the car.

“It was a red Grand Am. He told me, ‘This is the first car I’ve had for years that everything works — air conditioner, C.D.,’” Robles recalled Friday morning. “To him it was like a Cadillac.”

Living next to each other all those decades, Robles and Abriola developed an unusually close friendship. They had coffee together every morning at one of the tables outside Abriola’s house, one table on the north for summer months, and a table on the south for the winter months.

Robles was impressed by Abriola’s voracious appetite for reading about history, science and religion. They would go weekly to Denny’s for biscuits and gravy, occasionally hit swap meets and pawn shops, sometimes buy $1 plants at Lowe’s.

“Basically, me and Tim became like brothers,” Robles said. “It hurts a lot to get a cup of coffee here and look over there.”

Belman’s employees and acquaintances also find themselves in disbelief that a similarly gentle man who loved cars is gone.

Belman owned Arizona Auto Refrigeration for 31 years, and I first met him there about 20 years ago. I went in to get my air-conditioning working, after spending my first couple of summers in Tucson heat without it.

Belman took an interest in me when I told him I worked for the paper.

He was an interested and engaged fellow who had moved here from the East Coast as a young adult, going to work in 1977 at Bob Lewis Porsche Audi as service manager. Even after all these decades, he liked to come into work.

“He was still doing service on vehicles,” said Jess Lowe, the service manager at Arizona Auto Refrigeration. “He was still hands-on.”

Belman tended to bring in a bag of fruit that he would eat during the day.

Belman was interested and involved in local affairs. I ran into him in recent years at meetings about the widening of Broadway between Euclid and Country Club.

Rocco DiGrazia, who served on the committee, too, and owns a nearby restaurant, Rocco’s Little Chicago Pizza, was shocked when I broke the news to him Friday.

“He was just an easygoing, soft-spoken guy,” DiGrazia said. “He just wanted what was best for the corridor.”

You could make the case that either of these killings is an argument for better self-defense preparation, and you wouldn’t be wrong. However, it might have been tricky in either case for the men to defend themselves against younger attackers using the element of surprise.

What you can’t say is that their killings are explicable. They’re not, and they call for us to remember these kind, older men, celebrate them, and work against whatever it was that took them too soon.

Tucson businessman was tied up and robbed in Foothills killing, complaint says

Suspect had set off security alarm three days prior on the victim's property.

An arrest has been made in last week’s killing of a Tucson businessman, authorities say.

Officer Jesus Cordova was shot and killed in his patrol car April 27 during a citywide chase of a suspected carjacker.

At 90, Hershel McGriff is revved up to make history at Tucson Raceway tonight

Longtime driver will become the oldest driver ever in a NASCAR-sanctioned race when he runs in the K&N Pro Series West event Saturday night.

The senator from Arizona hasn't been seen in public since December, just before he was hospitalized for a viral infection at Walter Reed National Medical Center in Maryland.

Teacher walkout will make class time longer at many Tucson schools, but not the year

Many school districts plan to squeeze more instructional time into the day to make up for time lost.

Catalina rallies to win in Class 3A state baseball opener, will face No. 1 Sabino

Team will play Saturday afternoon with a chance to advance to the state semifinals.

For Arizona ace Taylor McQuillin, Selena connection was a million to one shot

Police said it appears the 61-year-old man was sitting down when he was hit.

Timothy Abriola, 66, left, was murdered after being kidnapped from an AutoZone; Robert Belman, 71, right, was slain at his home.