The vote was 27-9, but since endorsements require a 75 percent favorable vote under the party’s guidelines, 27 was the minimum number required. It was a squeaker, and the first of its sort since the county Dems voted in Alison Jones as new chair as part of a broader party shakeup in December.

The issue was not exactly a proxy for the newcomers-vs.-legacy-Dems conflict that has been going on in the county party. But there were echoes of that debate. City Council member Steve Kozachik, a Democrat, spoke against the measure at the meeting, and executive committee member Joel Feinman spoke in favor of it.

The initiative is designed to be as restrictive as possible without violating SB 1070, the bill that became a state law mandating that police question a detainee about his/her immigration status if the officer develops reasonable suspicion the person is in the country illegally. The city attorney has warned that the initiative probably does violate the law and will, if passed, face a court challenge.

If supporters get enough signatures, the initiative will be on November’s city ballot.

When new committee member Marion Chubon, who has been collecting signatures for the initiative, referred to opponents she’s come across as “racist,” longtime member Tom Prezelski objected. He had just explained why he opposes endorsing the initiative and said he felt he was being labeled a racist, something Chubon denied.

“That was more about me overhearing other people in the room. I got touchy because of that,” Prezelski said Wednesday, two days after the meeting. “Some of the folks who have been pushing this thing have been vilifying folks who are not comfortable with the initiative.”

Prezelski said during the meeting he would prefer that the City Council pursue the policies that make up the initiative as an ordinance rather than have the voters pass it as an initiative that becomes embedded in the charter and can only be changed with a new vote.

Prezelski was an outlier on an executive committee increasingly made up of progressive activists impatient for change.

Chubon is one of them, and she argued that the initiative will help Democratic candidates in the city elections.

“People in our community want this,” she said at the meeting. “We are going to get people out to vote. The people who are disenfranchised right now are going to vote.”

As for me, I’m skeptical — about the initiative itself and also about its ability to attract voters outside the Democrats’ activist base. Count me dubious, too, that it’s a top priority for the bulk of the city’s voters. But we’ll see.

Martha McSally’s 2018 campaign for U.S. Senate has returned more than $120,000 in donations that exceeded federal limits, according to letters filed with the Federal Elections Commission this week.

The FEC had told McSally’s campaign in January that the campaign received more than $270,000 in total contributions beyond the legal limits, which are $2,700 per individual. The campaign listed donations returned to individuals as high as $7,300, to a donor named Elizabeth Adler.

Anthony Barry, McSally’s campaign manager, said the campaign had refunded the money before the FEC put out its letter.

In a few cases, the campaign was able to clarify that the donations were, for example, made by a father and son of the same name and were not actually excessive, as the FEC had alleged.

McSally’s congressional campaigns have run into repeated problems, as well. A previous audit of McSally’s 2014 campaign found more than $300,000 in excessive contributions and other problems.

During the congressional campaign last year, Ann Kirkpatrick was cautious in her position on universal health care. Unlike her main Democratic primary opponent, Matt Heinz, she did not support Medicare-for-all proposals, saying that she wanted to ensure Medicare as it exists is fully funded.

That’s changed. Kirkpatrick, now the representative from Congressional District 2, has signed on as a co-sponsor of HR 1384, the in-process Medicare-for-All bill going through the House.

Kirkpatrick told The Arizona Republic that health care is the top concern she hears from her constituents in the district that runs from Tucson southeast to the Mexico and New Mexico borders.

“Talking to my constituents, they love their Medicare,” Kirkpatrick said. “It’s not reinventing the wheel. It’s an existing system that works.”

Torunn Sinclair of the National Republican Congressional Committee tagged her as a flip-flopping socialist.

As I mentioned last week, Sen. Kyrsten Sinema took some days off work to travel to New Zealand and compete in a triathlon.

It was an amazing accomplishment, and Sinema’s personal best by more than an hour.

That said, she missed eight votes during the days she was gone, the Arizona Mirror reported. Those included four procedural votes as well as four votes on Trump nominees — two appeals court judges, the IRS chief counsel and the administrator of the EPA.

None of those votes were close enough that her presence would have made a difference.

We're in for a weekend packed with cool temperatures and clouds, Tucson.

Trevor Draegeth, 37, is facing a first-degree murder charge in the killing of his wife

A video of the incident, posted on Facebook, has had nearly 18,000 views since Tuesday afternoon. 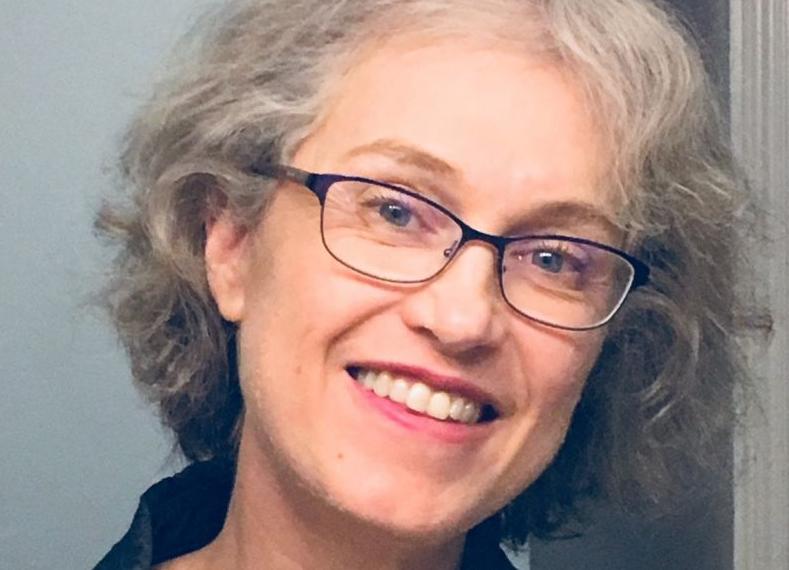