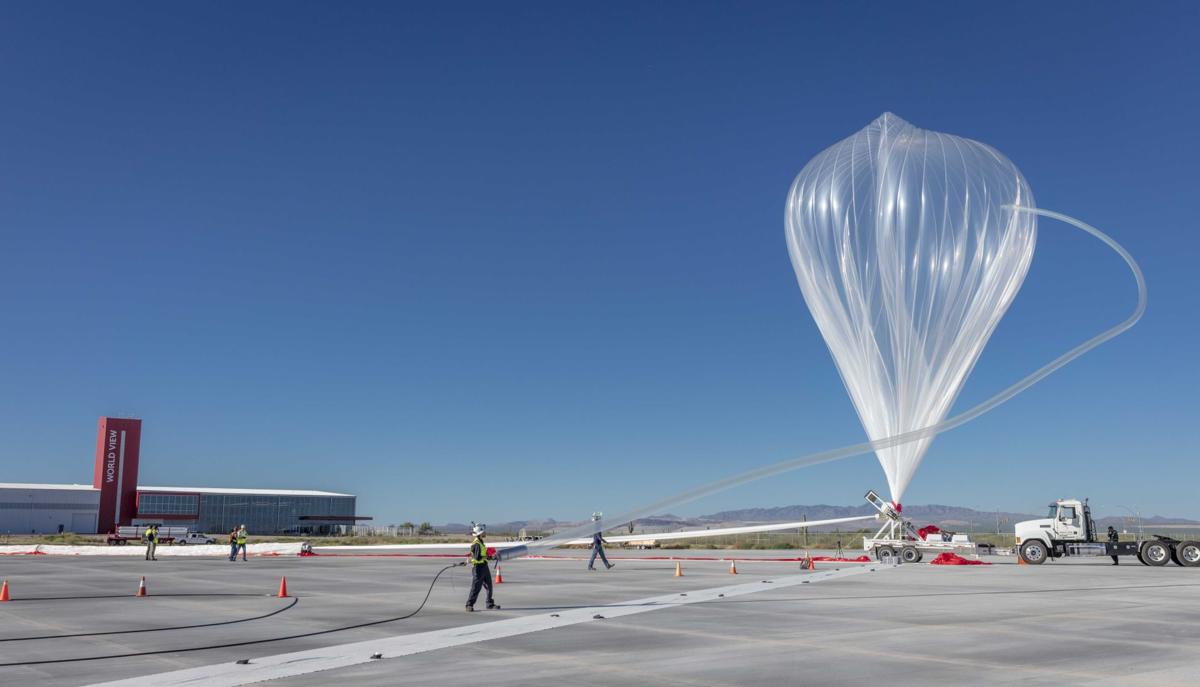 The explosion of a World View Enterprises balloon Tuesday is unlikely to blow up Pima County’s economic development deal with the near-space company.

But it could deflate the company’s image for a time, and it certainly makes me and my colleagues want to ask a few questions.

World View, as you may recall, is involved in a legal dispute over the deal Pima County struck with the company in 2016, a dispute that is destined for the Arizona Supreme Court. Pima County argues the deal was done according to law, and the appeals court agreed with the county last week.

The Goldwater Institute, which brought the lawsuit against the county, is planning to appeal to the Arizona Supreme Court, where it will undoubtedly be using footage of the explosion to prove its point. Actually, that’s not true. Goldwater attorney Jim Manley told me the explosion is unlikely to have any effect on the legal case.

However, my colleague David Wichner and I had a few questions about the incident, which we asked World View officials independently. Here are some of them:

Q: Why did you use hydrogen for inflating the balloon Tuesday rather than helium, which is not flammable?

A: We are not addressing any specifics of the incident, out of deference to the investigation team, which is now being formed. However, both have been used in high-altitude ballooning for decades. Hydrogen is used globally for human and unmanned balloon flight. We have used hydrogen in ground testing, but only helium in flight operations at Space Port Tucson. The fact is that helium is in short supply and not available globally for applications like defense, so its use is a long-term consideration. However, to date our use of hydrogen has been limited to ground testing when required by customers or test objectives. As of now, we do not have any requirements or future plans for using hydrogen in ground testing or flight at the Space Port.

Q: What steps is the company taking to make sure this doesn’t happen again?

A: We are initiating an in-depth formal investigation of the incident to determine the specific failure mechanism and root cause so that we can make necessary adjustments to procedures, standards and oversight to ensure that this cannot happen again on our site. We expect to have final results, recommendations and corrective actions, if necessary, in about 45 days.

Q: Will this incident set back the company’s development timetable? Will it affect how the company approaches future ground tests or flights?

A: We do not expect this event to affect our development timeline and operational plans for the future, or our ability to address the extensive commercial and government interest being shown in our platform. Even so, we are working to make sure we fully understand the cause, learn everything we can from this experience, and ensure that it won’t happen again

Q: What are you doing about damage to nearby buildings?

A: We’re fielding the few calls that have come in as expeditiously as possible, and we encourage others to contact us at community@worldview.space to report any issues.

Gov. Doug Ducey laid down the law this week for those jockeying for Sen. John McCain’s political position.

Speaking to KTAR radio in Phoenix, Ducey lamented that pundits have been talking about McCain as if he’s not around anymore, and that politicians have been mounting stealth campaigns to win an appointment to replace him.

McCain, of course, is suffering from a form of brain cancer that is normally fatal. But Ducey pointed out McCain is recovering from setbacks and should return to the Senate in the new year.

He went on to deliver a sharper rebuke: “To the politicians out there that have been openly lobbying for this position they’ve basically disqualified themselves by showing their true character.”

Who might that be? Ducey didn’t specify. The obvious answer is Kelli Ward, who turned off some people in July by seeming to call for McCain to step down and for herself to be appointed in his place.

The less obvious answer, which I’ve learned from poking around Phoenix: John Shadegg and Matt Salmon, both of whom are former members of the U.S. House from Arizona. Apparently, cases have quietly been made for them as potential appointees, and the governor didn’t like it.

I contacted both of them by email Thursday, and both denied strongly that either had made cases to be appointed to replace McCain, or that they had others lobby on their behalf.

Back in October, I noted there seemed to be a growing split between Republican county Supervisors Ally Miller and Steve Christy. Now the divisions seems to have grown from a ditch to a gulch to a wash to an arroyo to ... well, maybe not a canyon yet, but it’s getting deep.

On Tuesday, the Pima County Board of Supervisors voted to accept recommendations made by Christy’s appointees to the Transportation Advisory Committee for which roads in his district should be repaired. They did not consider Miller’s roads.

Miller said she knew this was coming when speaking on the “Wake Up Tucson” radio show Dec. 15.

“He’s advocating punishing me and all the taxpayers of District 1,” she told host Chris DeSimone.

On Tuesday, she said at the meeting: “I feel terrible that Supervisor Christy chooses to make a motion today that leaves out District 1. I made the motion last week. I included District 4. This is sad.”

Of course, one could argue, as yours truly did Sunday, that Christy’s appointees proposed justifiable modifications to the county’s recommendations, while Miller’s appointees did not. In any case the inevitable split has occurred over the inescapable problem of road repairs.

May they all get together to find a long-term solution.

He announced his departure from 104.1 KQTH on Facebook but did not give details of where he’s headed.

I thought the guy was funny, to be honest, but usually ill-informed about local issues. That was demonstrated not just when he asked, sincerely, who elected Chuck Huckelberry to office, but when emails obtained via a public-records request revealed his interviews with Miller were scripted by a Miller staffer.

I was also disturbed when he set an online mob against Tucsonan Zaira Livier after the recent Cup It Up fiasco, in which the restaurant’s owners committed social-media suicide with in-your-face politics.

But some people around here like him. You know where to find him online, and he said he’ll be appearing in a new, bigger market soon.

The Arizona Court of Appeals agrees and recently overturned the Superior Court ruling against the county.

The company recently received permission from the FAA to launch from its Tucson facility.

Had earlier ruled that lease between county and space balloon company was invalid.

An investigation paid for by the company is underway, final report likely several months out.