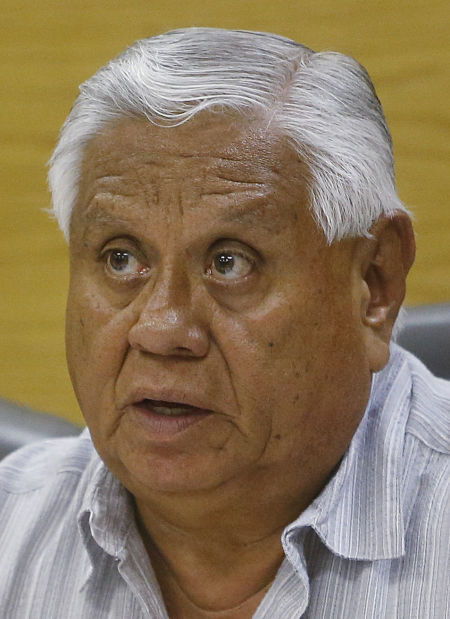 Since 2014, a rumor has circulated in South Tucson, first privately, then publicly, about alleged bribery of local officials.

Now it’s finally set to be investigated and resolved one way or another.

Last month, city officials finally passed the allegations to an outside investigative agency — an agency that outgoing City Manager Sixto Molina told me this week “neither confirms nor denies investigations.” By that, I take it the case is in the FBI’s hands, though, predictably, the bureau would not confirm that’s the case.

What’s made this particular rumor so tantalizing are two documents time-stamped by the Pima County Recorder 15 minutes apart on May 28, 2014.

At 8:21 a.m. that day, a document was recorded by Wells Fargo Bank saying that then-Mayor Paul Diaz and his wife had paid off their home, a house that just a few weeks before still was encumbered with a debt of $107,100, according to a document filed May 9.

At 8:36 a.m. that day, a separate document was recorded by Wells Fargo Home Mortgage saying that then-City Manager Luis Gonzales’ home mortgage had been paid in full. It’s unclear how much was owed on that home. Documents filed in 2002 show that at that time Gonzales and his wife owed $116,530.

It still matters in part because Diaz, who was removed from office in a 2015 recall election, was returned to office Monday night after winning a recall election of his own. Gonzales, a former legislator, is now a member of the Pima Community College board.

On Monday night at the South Tucson council meeting, Raul Green, the brother of recalled council member Ildefonso Green, reiterated his longstanding suspicion that the coincidental payoff of the two top city officials’ homes had something to do with the rezoning for a substance-abuse treatment facility requested by a nonprofit group, Pasadera.

“The thing is that that person is coming back into the council,” Green said of Diaz, who had yet to be sworn in at that moment of the council meeting. “And we don’t wanna give the appearance of corruption so we want him to answer the question is how is it that two, two months after he started talking to Pasadera, on May 5th he owed $107,000 in his home. And by the end of the month, he had paid it off. Both he and the city manager at the time paid off their homes.”

Raul Green helped lead opposition to the Pasadera proposal at that time. In January 2015, after Pasadera bought the property, the company’s rezoning request was rejected.

At the meeting Monday, Diaz asked that the whole issue be brought to resolution.

“I really think that this matter needs to have a closure on it,” he said, asking that the council “refer to the FBI with Mr. Green’s name on it, and if it’s true or not, it’s up to them to either clear it or indict me.”

Molina had already referred the case to outside authorities, noting that a current employee had also been named as involved in alleged corruption.

Gonzales told me Thursday: “I had a mortgage for 15 years. I paid it off in 13 years, a little bit ahead of my mortgage schedule. If it happened on the same day Mr. Diaz did a refinance on his house, it’s pure coincidence.”

The documents say Diaz and Gonzales both “paid in full” that day. In any case, Gonzales said he did nothing wrong and that whoever wants to investigate is welcome to.

“They’ll find out nothing is there,” he said.

Once they do, he added: “This gentleman who is making these allegations, is going to find himself, when this is all over, in a lot of hot water legally. I plan to use whatever legal means are available to clear whatever damage has been to my integrity.”

Chuck Burbank, who was CEO of Pasadera at the time, told me Thursday the agency never bribed or tried to corruptly influence anyone. Pasadera closed in 2016 in part because of the financial problems that resulted from the failed project in South Tucson.

Both can be true

When it comes to U.S.-Mexico border issues, we tend to think in either-or terms. But reality tends to be more complicated.

So, here, in reaction to the president’s many wild comments about the border, is a list of apparently contradictory facts that nevertheless coexist in reality. I’ll call it Both Things Can be True.

A. The border has had fewer illegal crossings than anytime in the last 46 years.

B. There are still uncontrolled areas of the border where people can make it across.

A. A fence across the entire U.S.-Mexico is wasteful and destructive.

B. In some areas, new border barriers could still be useful.

B. Border Patrol agents’ jobs are not more dangerous than those of other police officers.

A. Most illegal border-crossers are just people looking for work or to reunite with family.

B. Some illegal border-crossers are violent people with criminal intent.

All these things are true. I could go on, but you get the point.

State Sen. Steve Farley has put out his first ad in his race for governor of Arizona, and it focuses a whole lot on Tucson.

It struck Phoenix TV newsman Brahm Resnik as slightly missing the point of the statewide race: “A fine ad for mayor of #Tucson. But streetcars? In a campaign for governor of Arizona? Am I missing something? The next streetcar, maybe?”

Speaking of Farley, he and his fellow candidates for the Democratic nomination for governor will share a stage Saturday at 6 p.m. at the UA.

David Garcia, Kelly Fryer and Farley have agreed to participate in a gubernatorial debate organized by the University of Arizona Young Democrats.

The debate will be held in Room 100 of the Social Sciences building, 1145 E. South Campus Drive, and is open to the public.

With teachers fleeing the profession in Arizona, those who remain are girding themselves for drastic action.

Veronica Moreno was the interim city manager as recently as January 2017.

Star Opinion: National Guard not needed at the border

President Trump announced last week that he is sending the National Guard to the border. While many details remain unclear — such as how many … 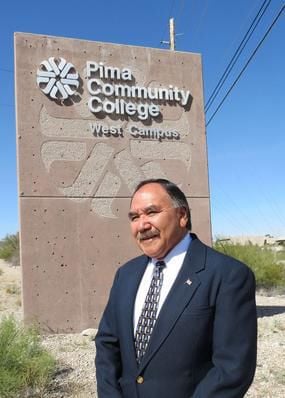