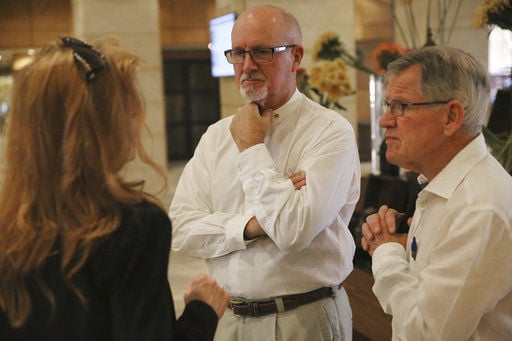 First, the Kingdom of Jordan said three Green Berets were shot dead because they hadn’t followed proper procedures while driving onto an air base.

Next, Jordan said they were dead because one of them had accidentally fired a shot first. Or there was a loud noise.

Eventually, there was a leaked suggestion that the American soldiers were drunk.

Now we know none of that was true. And Jordan, one of our country’s closest allies in the Middle East, knew it all along.

In late July, under domestic political pressure, Jordanian officials released a video of the incident that they had possessed from the beginning, even while offering up those false justifications. The video shows that a Jordanian sergeant shot U.S. Staff Sgt. Kevin McEnroe of Tucson and two of his colleagues dead in cold blood, for no reason that’s visible or has been discovered.

“Our point is simply this,” Kevin’s father, Brian McEnroe, told me, “the Jordanians lied about it. He intended to kill them. It wasn’t a reaction or overreaction.

“We believe he was acting under somebody’s orders.”

Kevin McEnroe lived in Tucson off and on from 1996 till 2009, when, seeking a new direction, he joined the Army. His mother, Linda Frost, still lives here, and his father lives in Florida. Once in the Army, Kevin not only became an elite Green Beret, but also earned combat diver qualification, an even more grueling test of mental and physical ability.

Last year, he was ready to leave the service, his father said, but he took an additional deployment to save up money to go to college on his return. Kevin was engaged by this time to Kimberly Argo, and was planning to move to Connecticut. But this was considered a safe deployment to a friendly country.

In Jordan, McEnroe and his colleagues were carrying out training for the CIA of moderate Syrian rebels who would go back and fight in the neighboring country’s civil war. The Trump administration has since ordered an end to that training, the Washington Post reported last month.

On Nov. 3, Brian McEnroe exchanged text messages with Kevin, who said everything was fine in Jordan.

The next morning, McEnroe and his fellow Green Berets went out to do weapons training with the Syrians. After a few hours, they returned about noon, rolling up to the gate of the King Faisal Air Base in a convoy of four light trucks.

A guard pulled back a spike strip and raised one gate arm, and the vehicles drove forward to a guard shack, where another guard opened a sliding gate. The first truck pulled through without a problem.

Then 1st Sgt. Marik al-Tuwayha started firing from the guard shack through the open window of the truck McEnroe was driving. He fired over and over and over. McEnroe was killed instantly, and the passenger, Staff Sgt. Matthew Lewellen, died from his wounds later.

The drivers of the next two trucks in the convoy got out and hid behind barricades, showing their hands and shouting in Arabic and English that they were friends. Then, as the fraught minutes ticked by, they fled further back to concrete barriers.

Al-Tawayha eventually pursued them to the concrete barriers, where the soldiers exchanged gunfire with him. Al-Tuwayha was able to kill Staff Sgt. James Moriarty, but the fourth Green Beret shot and wounded Al-Tuwayha critically, ending the incident after about six minutes.

In a treacherous region, Jordan has not only been a solid ally to the United States, but dependent on it.

“This is a friendly country and the second leading recipient of U.S. foreign assistance,” said David Schenker, director of the Program on Arab Politics at the Washington Institute for Near East Policy.

U.S. foreign assistance of $1.7 billion is a big portion of the country’s $12 billion annual budget, said Schenker, who served in the Pentagon overseeing Jordan and the Levant, as that area is called.

“They are a critical partner for the United States in the region — military partner, diplomatic partner, a key partner in battle against ISIS and militant Islam,” Schenker said.

That’s part of what makes Jordan’s bogus blaming of McEnroe and the other American soldiers so hard to understand.

The FBI began investigating right away, and American officials were already telling the press in November 2016 that the surveillance video showed the Americans were simply following procedures. In March, an investigator for the U.S. Special Operations Command submitted his conclusions: The three Green Berets had died in “honorable service” and did nothing wrong — no alcohol, no procedural missteps, no gunfire.

In April, King Abdullah II sent letters of condolence to the families of the three murdered soldiers. In the letter to Brian McEnroe, he wrote: “It is our conclusion, having viewed all the reports, that your son did nothing to instigate this attack and had complied with established procedures at the base. These considerations make the incident at al Jafr Air Base on November 4th all the more disturbing.

“We, as a nation, are fully committed to concluding the thorough investigation of this tragedy, which we had done in coordination with agencies of the United States. I can assure you that justice will take its full course and the perpetrator of the attack will be held fully accountable.”

In June, Jordan formally charged al-Tuwayha with murder, and in July the case went to trial. On July 17, the court convicted al-Tuwayha of the three murders and sentenced him to life in prison with the possibility of release after 20 years.

The reason he wasn’t eligible for the death penalty, Schenker explained, is he was not tried as a terrorist, but as a regular criminal defendant.

“Twenty years for each of the soldiers would have been a little more fair,” Linda said. “Right now, it is what it is. I have to be OK with the fact that at least he got the 20 years and didn’t walk.”

“When they tried him, his tribe was shocked, because they had been told for five months that it wasn’t his fault,” he said.

After the conviction and sentence, Howeitat tribal members blocked roads, staged protests and threatened the government with more if the conviction wasn’t overturned. That’s what led Jordan on July 25 to release the video showing the unprovoked nature of the attack.

The video, in turn, raised more questions from the Americans — most importantly, why did this really happen?

“They can’t find any links to terrorism,” Brian McEnroe said. “There’s no narrative or story anywhere that says this guy had it in for the Americans.”

The premeditated, unprovoked nature of the attack, plus the Jordanian government’s effort to cover up the incident, is what has him and other family members thinking there must be something more to it, or someone else behind it.

“We don’t know who told him to shoot some Americans. We think somebody did.”

Schenker doubts Al-Tuwayha was in league with others when he launched the attack, but said “you can’t rule it out.”

“The absence of evidence doesn’t mean there wasn’t a broader conspiracy.”

Newly-released video contradicts initial accounts of a deadly firefight between a Jordanian soldier and three American green berets. The shoot…

Letter from King Hussein of Jordan

Letter sent to Brian McEnroe about the death of his son, Staff Sgt. Kevin McEnroe, after a shooting at Jafr Air Base in Jordan on Nov. 4, 2016.

More on the race for Tucson city council and the Democratic nomination in Congressional District 2. 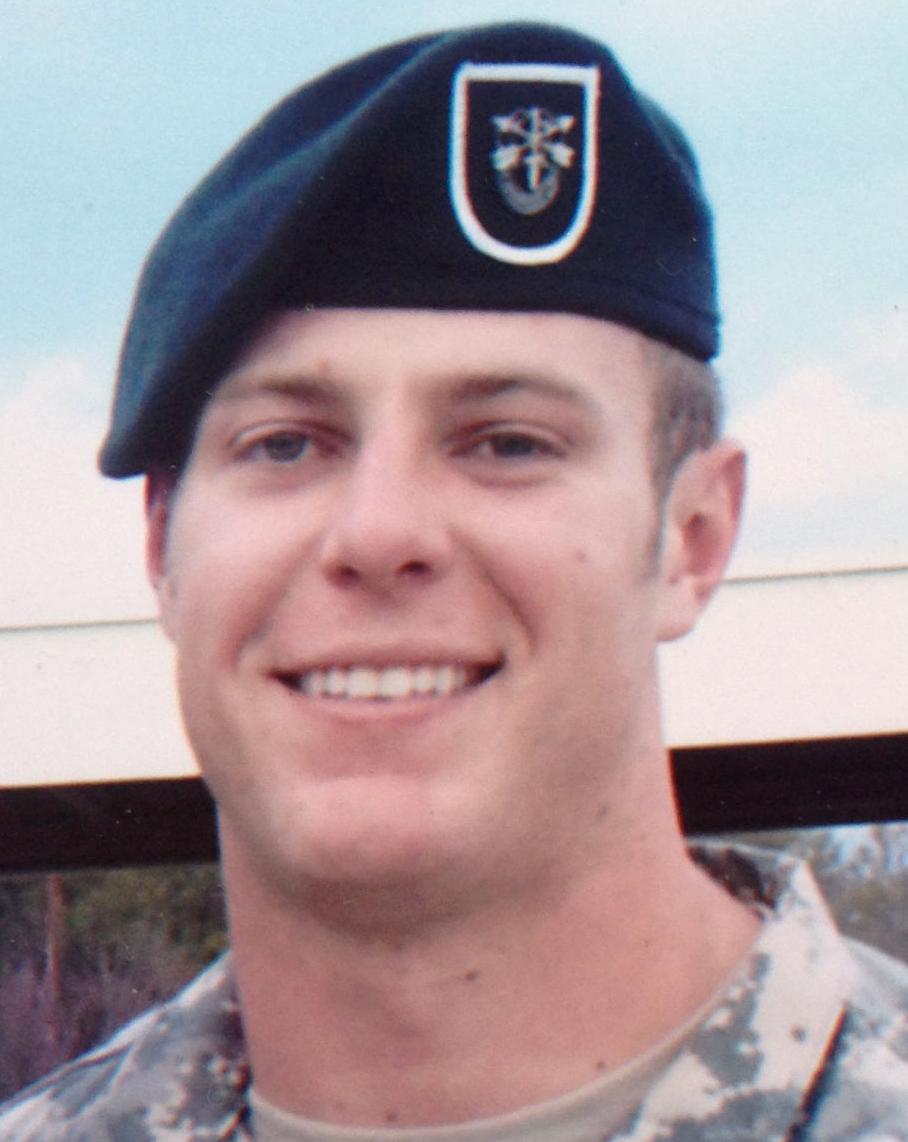