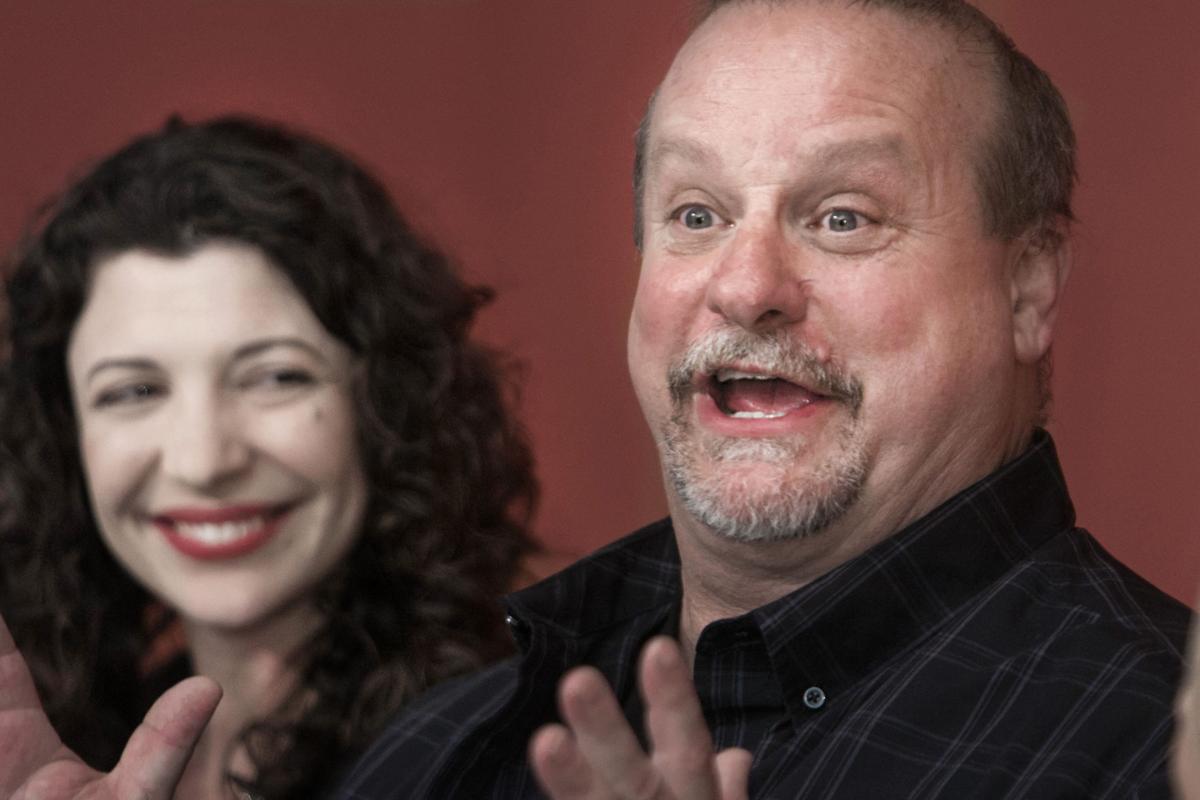 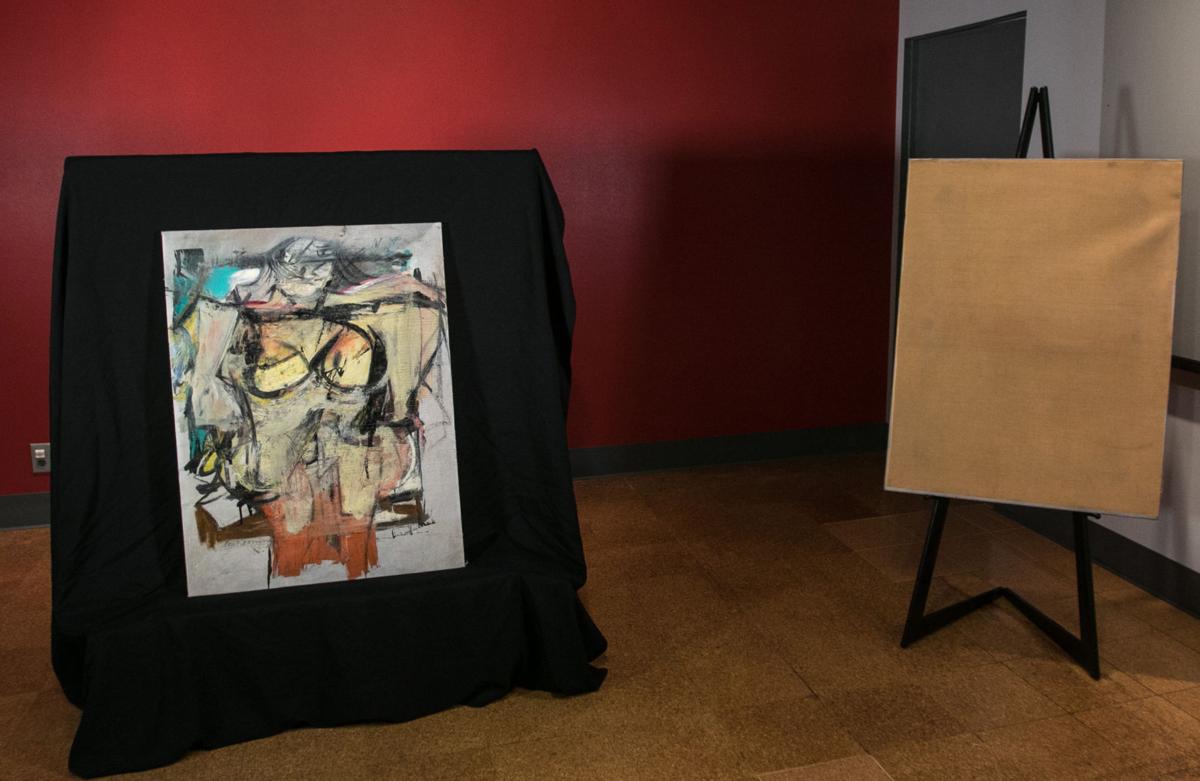 Willem de Kooning’s “Woman-Ochre” was found in New Mexico after being stolen in 1985 from the University of Arizona Museum of Art. 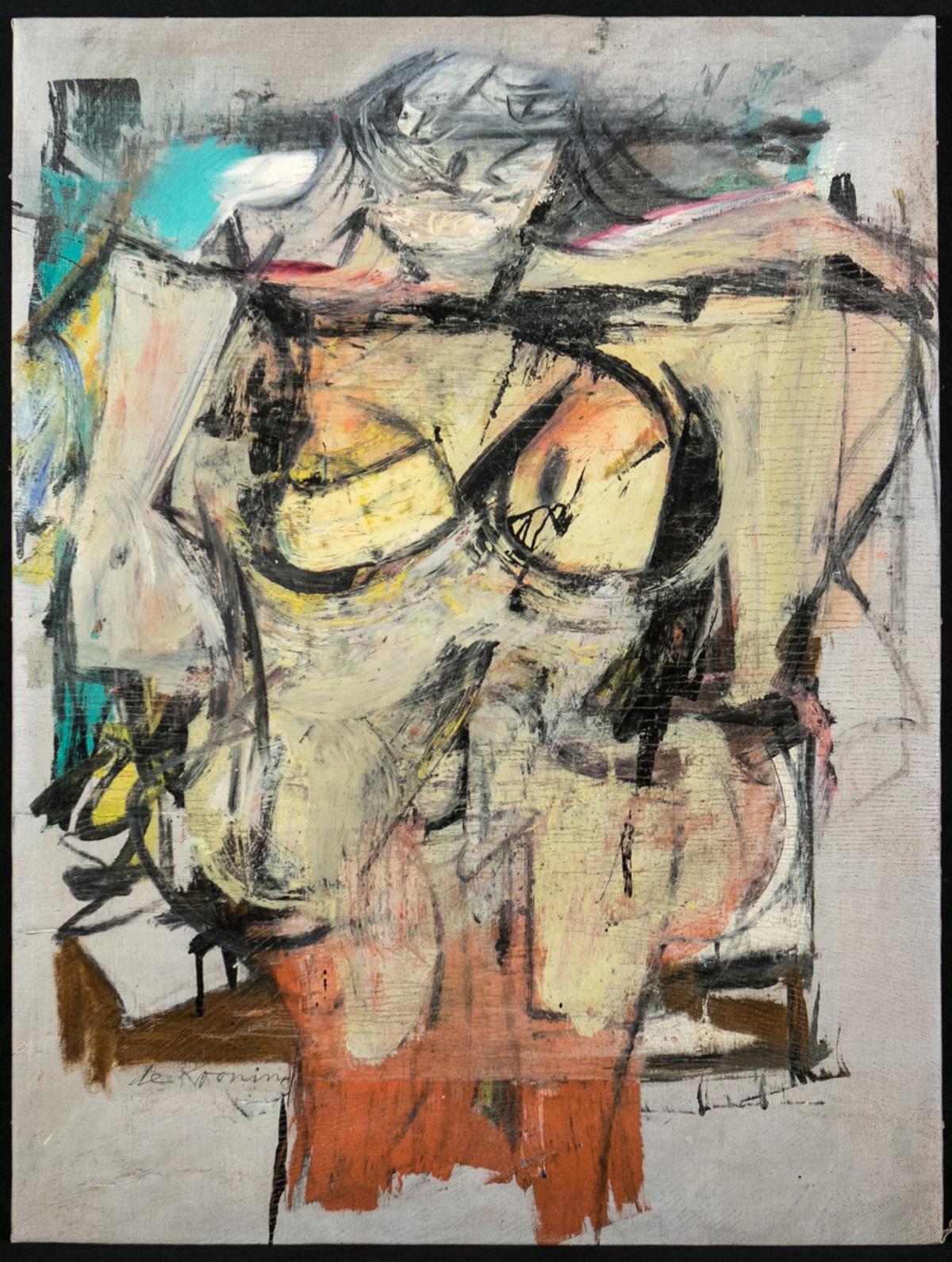 Earlier this month, the Silver City, New Mexico, furniture and antiques dealer realized the painting that was among the items he had just purchased from an estate was Willem de Kooning’s “Woman-Ochre.” It had been stolen more than 31 years ago from the University of Arizona Museum of Art.

Van Auker and the other players involved in bringing back the painting, said to be worth as much as $160 million, gathered Monday, Aug. 14, to talk about the piece’s return.

As the story of its recovery was revealed in an upstairs gallery at the UA Museum of Art, the painting sat in a guarded downstairs room. After the conference, the press was allowed to view it, one person at a time. The abstract expressionist piece practically glowed under the museum light, and de Kooning’s aggressive strokes and the swaths of blues and reds did not look worse for the wear to the untrained eye.

The painting’s journey since it was sliced out of its frame almost 32 years ago:

He was starting to get nervous about having it at the store.

“At this point, we put it in the bathroom,” Van Auker said.

“We returned something that was stolen,” he said. “That’s what everyone should do; that’s the way I was raised.”

He quickly decided to call the UA Museum of Art: “I have a painting that was stolen from the university 30-some years ago,” he said in that Aug. 3 call. “Please hold,” the receptionist said.

Odegaard kneeled in front of it and starting examining it. It took about two hours before she was satisfied that it was authentic. The last step was matching the cut marks in the original frame to those on the canvas’ edges. The thieves had used a razor blade to roughly cut the canvas from its frame.

The painting needs some restoration, says Odegaard. In addition to the ripped edges that may be able to be reattached, it was stapled to a board inside a frame, and there is a crease mark where it had been rolled. “There’s a slight brittleness” to the work, said Odegaard. But she added, there were “no paint flakes.”

The painting will not go back on the wall until further authentication and restoration is done, said Hagyard.

At the time of the theft, a third party had offered a $10,000 reward. UA Police Chief Brian Seastone, who had been an investigator when the piece was stolen, said at the news conference that he does not know if the cash will still be awarded.

The painting was insured, and the UA Museum of Art received a $400,000 check after it was stolen. That money was put in an endowment fund, and the interest from it was used to upgrade security at the museum.

The amount was returned to the insurer last week, said Chris Sigurdson, the UA’s vice president of communication.

The retired UA professor had works in museums and collections across Europe, Canada and the U.S.

If National Endowment for the Arts is eliminated, artists and art groups will suffer, say advocates.

Can you feel the excitement? Theater is slowly coming out of its summer hibernation — though a few companies never go into hiding during our h…

The making of a musical

'The Producers' places mockery where it belongs

A packed cast does justice to the Mel Brooks musical

The Theresa Rebeck play is compelling while being oddly anti-feminist

We asked fans for their must-go-to events, and added some of our own

Kids loved it at the Tucson opening, but that doesn't make it good.

Don Hatfield was just shy of his 18th birthday and a kid infatuated with sports when he walked into the Huntington, West Virginia, newspaper o…

A man has been arrested on suspicion of stealing a painting from a Tucson gallery after he reportedly returned days later asking for a receipt.

Willem de Kooning’s “Woman-Ochre” was found in New Mexico after being stolen in 1985 from the University of Arizona Museum of Art.